Designer Karen Chekerjian is making a name for herself around the world. Lebanon Traveler interviewed the young talent to learn more about her work and process

Chekerdjian is a furniture and product designer of Armenian- Lebanese origin. She graduated from Milan’s prestigious Domus Academy in 1997 with a masters in product design and design direction. However, her route to industrial design has not been direct. Film, advertising and graphic design have each helped shape her vision.

Prior to attending Domus, Karen worked at Leo Burnett advertising agency and in 1994, co-founded Mind the gap, a graphic design studio that contributed to the beginnings of the practice in Lebanon. At Domus, she studied under Massimo Morozzi, a founding member of the legendary 1960s design studio, Archizoom and currently Art Director at EDRA, Italy’s globally renowned high-end furniture manufacturer.

After graduation, she worked in Milan for a number of years. During this period, one of her first designs – a suspended hanger system entitled Mobil – was produced by EDRA.

In 2001, she returned to Beirut and opened Karen Chekerdjian Studio. Beginning as more of a conceptual thinktank, dedicated to exploring new ideas in design. The Studio has gradually become more focused on production of furniture and everyday objects in small series, limited editions and made-to-order commissions.

The studio also takes on interior design projects, which have included restaurants, a hotel, retail stores and most recently, Maison Rabih Kayrouz, the flagship Beirut boutique of the Lebanese couturier.

According to Chekerjian her work falls into a category of its own, one that could be called “industrial handicrafts.” Her products blend a traditional manufacturing technique and industrial aesthetic, distinctively Lebanese and yet also international. She described her work as, “perfect reflections of the spirit of the city in which they are created.”

How did is all start for you?

It all started when I decided to go to Italy to study industrial design. I was the founder of a graphic design company, Mind the Gap and I decided to sell my shares to my partners and go. Everything changed that year because I discovered doing the thing that I really liked.

Tell us about your work

My work has always been very straightforward, sincere and authentic. I had to adapt a lot to my environment in terms of production and little by little, I found my own way that was completely different from what I was doing in design, in Milan.

How does your heritage inspire you?

I don’t know whether it is more my personal or my environment heritage that inspires me. I believe that we have very little culture left in Lebanon and we, designers and artists, are trying to keep something of it for the next generations. I grew up during the war and the only heritage I got was violence and ugliness, but I try to take something from it still.

What is the best piece of advice you have been given?

That it is only perseverance that gets you where you want, not your talent only! So we always need to keep on digging.

What is your favorite piece(s) and why?

I don’t have a favorite. I love each piece for something, but my Rolling Stones pieces that I did 13 years ago with my Icelandic partner, have a very emotional thing with my history. But usually, my best piece is always my last piece, and I cannot show you my last piece because I will be presenting it at the Beirut Art Fair, in September.

What do you believe makes all the difference when creating?

It is important to keep focused and try hard to get to have a strong story or a vision, then suddenly it comes easily as an evidence.

What do you love most about Lebanon?

Where is your favorite spot in the country? 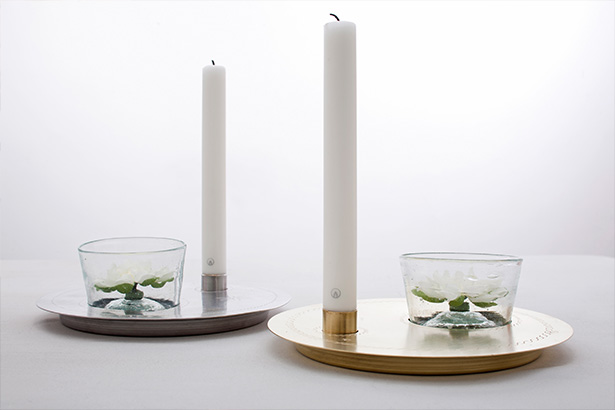 Fire and water sit side-by-side on this brass tray with a blown glass bowl and an adjoining candlestick. 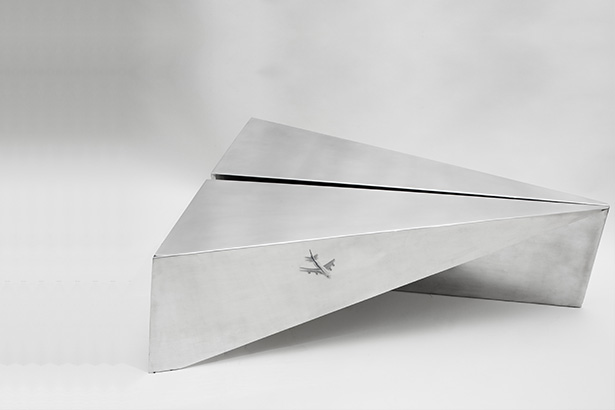 Polished to a mirror-like finish, this low-slung center table blurs the line between origami and metallurgy. Made of a single sheet of aluminum, scored and carefully folded by hand,

A combination of lounger, coffee table, stool and magazine rack, it is more than furniture and almost verges on architecture. Living Space III feels like a reminder of the 1920’s or 30’s perhaps, yet still modern. Sanded in places, notably at the head and feet, where the wood takes on a brownish-black color, the chair conveys a second-hand impression, even though it is brand new. 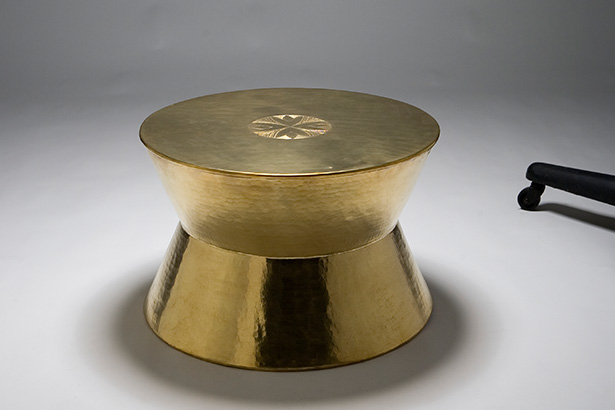 Named after a kind of Middle Eastern drum, this side table and stool with its hourglass profile can just as easily read as the recreation in metal of the makeshift nomadic table, which was often no more than a tray placed on top of a particularly large cushion. 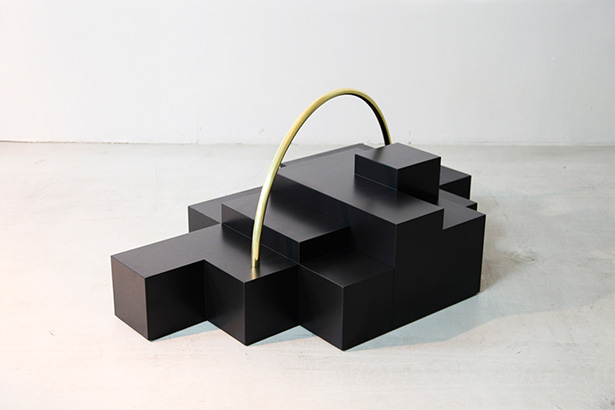 As much sculpture as furniture, the differently sized volumes that make up the Platform series of tables combine to create a geometric topography reminiscent of a Cubist skyline. Platform Rainbow was specially made for the Qubique exhibition in Berlin.