The Charm of Douma - Lebanon Traveler
WHAT’S TRENDING ON LT
Download the Magazine
The Potters of Bkerzay
Mini Guide to Cana
Mini Guide To Deir El Qamar
A Brief Guide To Culture In The Capital
Mini Guide To Hebbarieh
14 Gastronomic Restaurants In Beirut
5 Tallest Christian Statues in Lebanon
Mini Guide to Joub Jannine
Rachaya’s Citadel Of Independence
Jounieh’s Teleferique
Beit Douma: A Colorful Window To The Past

The Charm of Douma 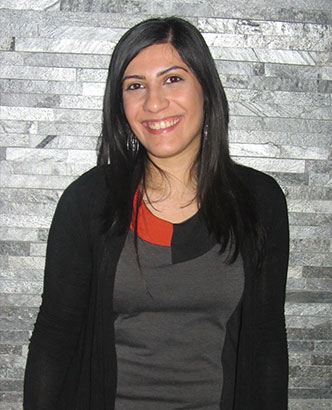 Last Sunday, I visited Douma for the first time. I stood in awe at the side of the road looking down at this beautiful village sitting peacefully in a valley, surrounded by mountains.

Douma is a Lebanese village located at an altitude of 1,000 m above sea level and 80 km from Beirut. It is a part of the Batroun district and borders Tannourine from the east, Bsha’leh from the south, St. Jacob convent from the west and Kfour El-Arabi, Hardeen, Neha and Kferlahed from the north. Douma has 450 old houses, an ancient market made of 110 shops and five gateways to Batroun, Jbeil, Hermel, Baalbeck, Tripoli and Akkar.

Douma’s strategic location turned the town into compass that guided convoys through what was known as “Al Sham road” connecting Syria to Douma via Baalbek and Hermel, towards the coastline. The movement of convoys was accompanied by opening of a market called “El Bendr” that had a significant role in strengthening the town’s economy. Douma witnessed a remarkable social, industrial and economic rise between 1881 and 1914 known as its golden age. Douma’s geographic location made the town a passageway for the transport of tree trunks to the coast, where the Phoenicians used them to build ships.

During the Greek and Roman eras, it witnessed a prosperous period accompanied by the construction of many places of worship. One of these is the Asclapeo temple, stones of which were later used in building a church named after St Dumyat. The lantern of the temple’s priest, Asclapeos, is at the entrance of the old market. Legend has it that “Jawar Al Khayl” (the neighborhood of horses) was named following an incident when a Turkish envoy and his forty soldiers, who came to collect taxes, were poisoned during a dinner banquet and buried in that area with their horses after the envoy insisted on taking the Sheikh of Douma’s daughter as his wife.

As you can see in the pictures I took, almost all its houses are made of red brick. It enjoys a unique temperate climate praised by physicians as the ultimate place of medical refuge. Its ground is rich and welcomes all sorts of plants and has an abundance of olive trees, vines and apple trees. The moment I arrived, I was inspired. I grabbed my camera and took a walk in the old souks and between houses. People were so welcoming, smiling back and inviting us to take more pictures. They are used to seeing cameras, as celebrities and directors have used this breathtaking village in movies, ads and video clips.

Nadine Labaki stayed here for five weeks during the shooting of her movie “Where do we go now?” Douma’s inhabitants are strong supporters of cinema and an old movie theater was restored last summer with the support of the Ministry of Culture.

Origin of the name

The name Douma is of Greek origin meaning house palace or castle. Douma also comes from the Latin word “Doman” used to designate a Queen (Julia Domna) famous for her beauty and intelligence. Born in Aleppo in 170 BC, the daughter of a priest of the Sun God worshipped by Aleppo’s population, she married the Roman Caesar Septimius Severus who built a palace for her in a village that later took on her name. Douma is also known as “Douma El Hadid” (Douma of Iron) due to the abundance of iron found in its soil and the superior crafts-man ship of its blacksmiths.

Where to eat and stay

Olive oil and homemade jams are a speciality of Douma. However if you want to buy a gifts checkout Jihad Samya’s hand carved olive and cedarwood souvenirs

Take the northern highway from Beirut towards Tripoli, take the Amchit exit and drive on towards Lehfed, Mayfouk. Follow directions to Douma. It is 80 km from Beirut and it will take you an hour and a half to two.

10 Things to Do in Zahle