10 Hiking Destinations in Lebanon that'll Blow Your Mind - Lebanon Traveler
WHAT’S TRENDING ON LT
Download the Magazine
A visit to the oldest winery in Lebanon...
The Forgotten Cave of Saint George, Jounieh’s Hidden...
The Hidden Gems of Clemenceau
Stay at Beautiful Bkerzay
Discovering Maqam El Nabi Ayyoub in Niha
Discovering Al Haush Guesthouse
The Past and Present: 5 Photos from Mount...
A Look Inside Saydet El Mantara: Our Lady...
8 Things to do Before Winter Ends
Mini Guide to Tyre
20 Things to Do in Beirut

Note: You will receive the download link in your inbox.
LT Selection

Lebanon is a haven for hikers thanks to its majestic mountains and expansive valleys. We discover 10 of the most breathtaking destinations with the Lebanon Reforestation Initiative and Green Steps, two local NGOs working to conserve the country’s beauty spots.

Ammiq is located in West Bekaa, 57 kilometers from Beirut.

The Ammiq Wetland is the largest remaining freshwater reserve in Lebanon. It is Lebanon’s richest site in terms of biodiversity and one of the best places for birdwatching. Designated as a Ramsar site, an Important Bird Area and part of the UNESCO “Man & Biosphere” reserve of the Shouf mountain, the wetland belongs to the Skaff family, who run the agricultural fields, the farm and protect the area.

While hiking in Ammiq, you’ll discover its beautiful oak and pine forest, under Barouk nature reserve, from where you can admire a fantastic view of the Ammiq Wetland and the colorful plains of the Bekaa. Observe the migratory birds crossing the area and resting at the water sources; and be amazed by the buffalo taking a dip. It is an ideal hiking destination for nature lovers, families and photography enthusiasts. 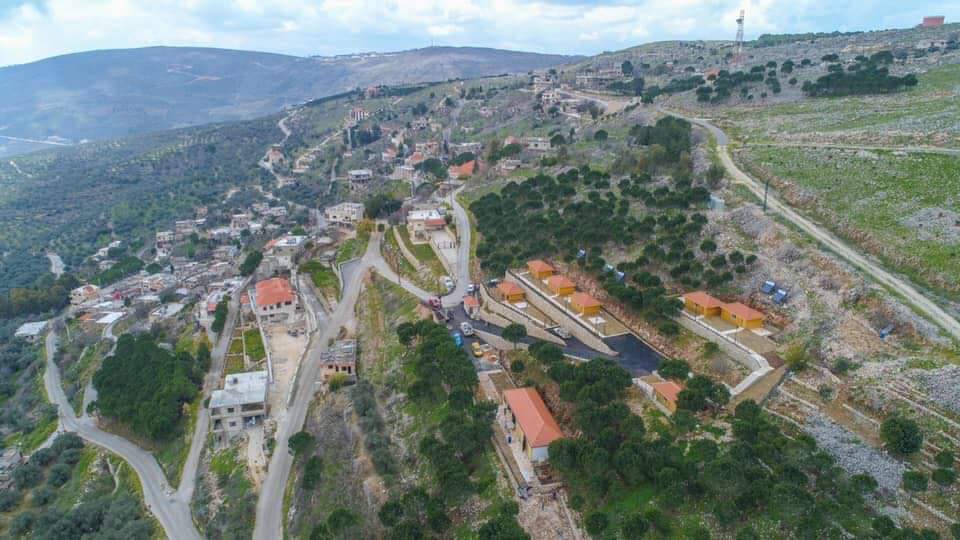 Kawkaba is a village in the Hasbaya District of the Nabatiyeh Governorate. Situated at an altitude of around 550 to 850 meters above sea level, Kawkaba is among the most ancient towns of the Hermon region. It is a marvelous place, with thousand-year-old olive trees, fruit trees and vines.

Kawkaba has several religious sites dating back two thousand years or more. Hikers can explore these ruins as well as enjoy a walk along the Hasbani River, which promises visitors spectacular scenery. 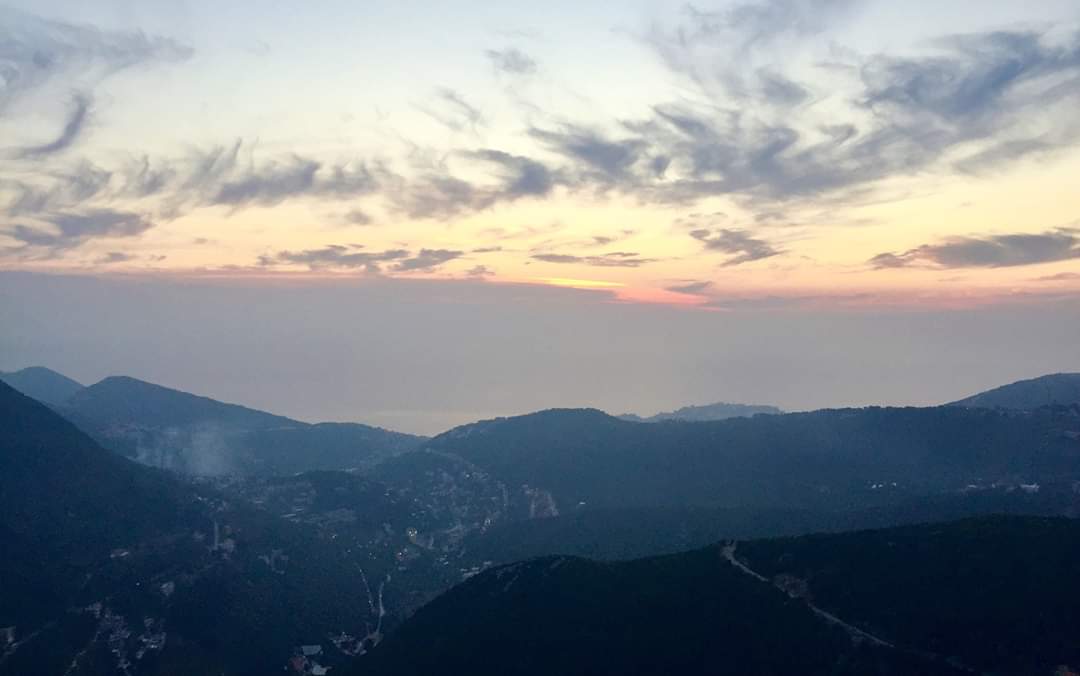 Chahtoul is a village in Ftouh Keserwan, situated approximately 32 kilometers from Beirut at an altitude of 1,000 to 1,300 meters above sea level.  It’s the hometown of the Lebanese writer May Ziadeh. Chahtoul boasts a beautiful religious site “Our Lady of Fortress” and a camping area. The village is characterized by its beautiful evergreen forests, which come along during sunset. 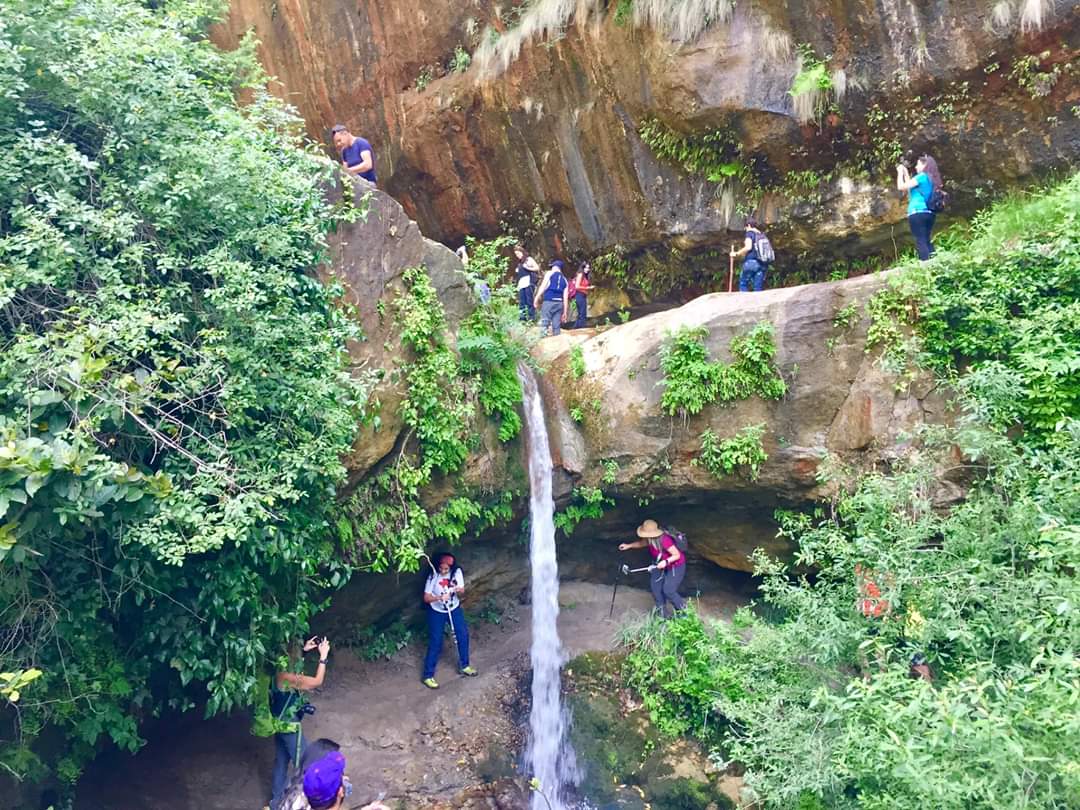 A site of immense natural beauty shared by the municipalities of Baskinta and Bqaatouta, Beqaata En Nahr is home to rich biodiversity and some rare, endemic species of Lebanon.

It is a wonderful destination for hiking. There is a small steep-sided valley that varies in altitude from 1,200 to 1,350 meters. The river Al Assi cuts through the valley. The north-facing slope is the most fascinating feature of the valley with its acidic and ferruginous cliffs made of sandstone. The surrounding area contains habitations, orchards and pine forests. 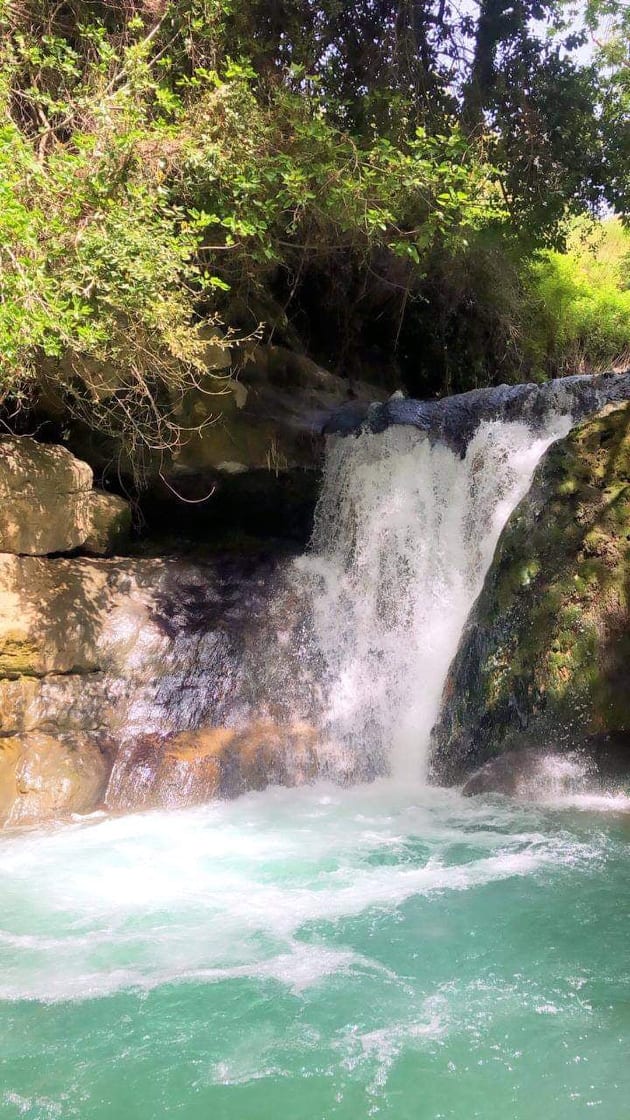 Moukhtara is an authentic village on the Barouk River Valley Trail. The town is famous for its traditional old houses, its old oil presses, and its two El Saydeh (Our Lady) churches. In the early 16th century, Baddeh bridge used to link Moukhtara with the villages of the Barouk valley. The valley near Moukhtara contains many water mills dating back to the 16th century and earlier, such as the Baddeh water mill.

To reach the Jisr el Aarous area, start hiking from the village, and descend into the woods of Wadi Al Moukhtara, along the Barouk riverbank. You’ll pass ancient stone bridges, small waterfalls and old mills along the way. The Nabeh Morshed spring feeds the Barouk River and flows under the village. Among the old stone bridges is the Birket El Arous bridge built in 1507 (from the Mamluk era) – one of the oldest bridges that still exists in Mount Lebanon. 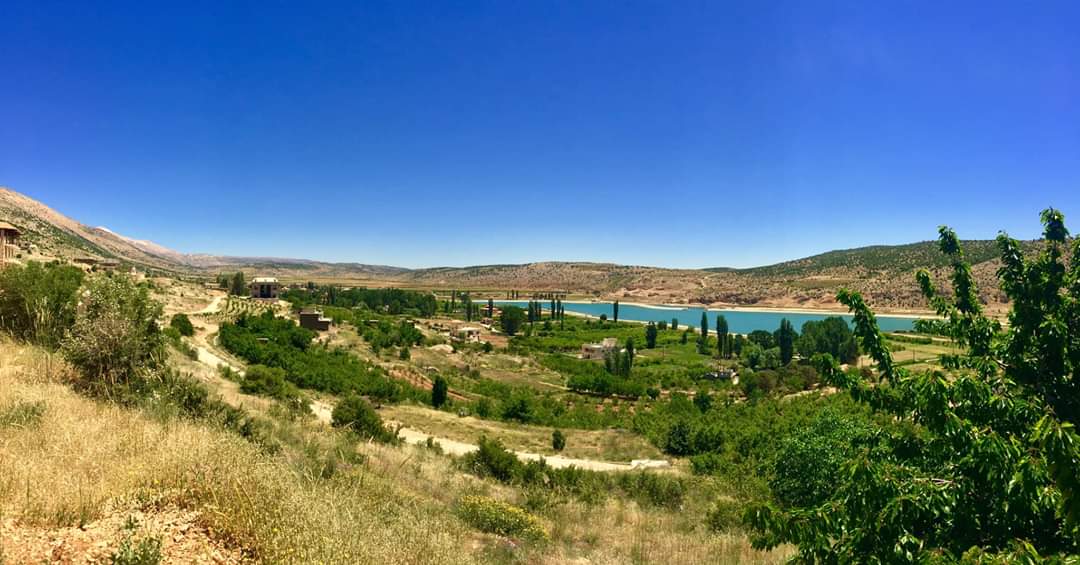 Yammouneh village is located 110 kilometers from Beirut in the Baalbeck District of Bekaa. The beautiful nature reserve of Yammouneh lies on the eastern slope between the mountains of Makmel and Mounaytra. The area is abundant in water sources – there are no fewer than 84 springs as well as four rivers and two seasonal streams – and many ancient ruins dating back to Roman and Phoenician times can also be found.

You can enjoy a hike in the beautiful valley of Yammouneh Nature Reserve, which is bursting with fauna and flora. Admire the mind-blowing landscapes of the colorful valley, the magnificent mountains and the shades of blue that emanate from the lakes and springs. 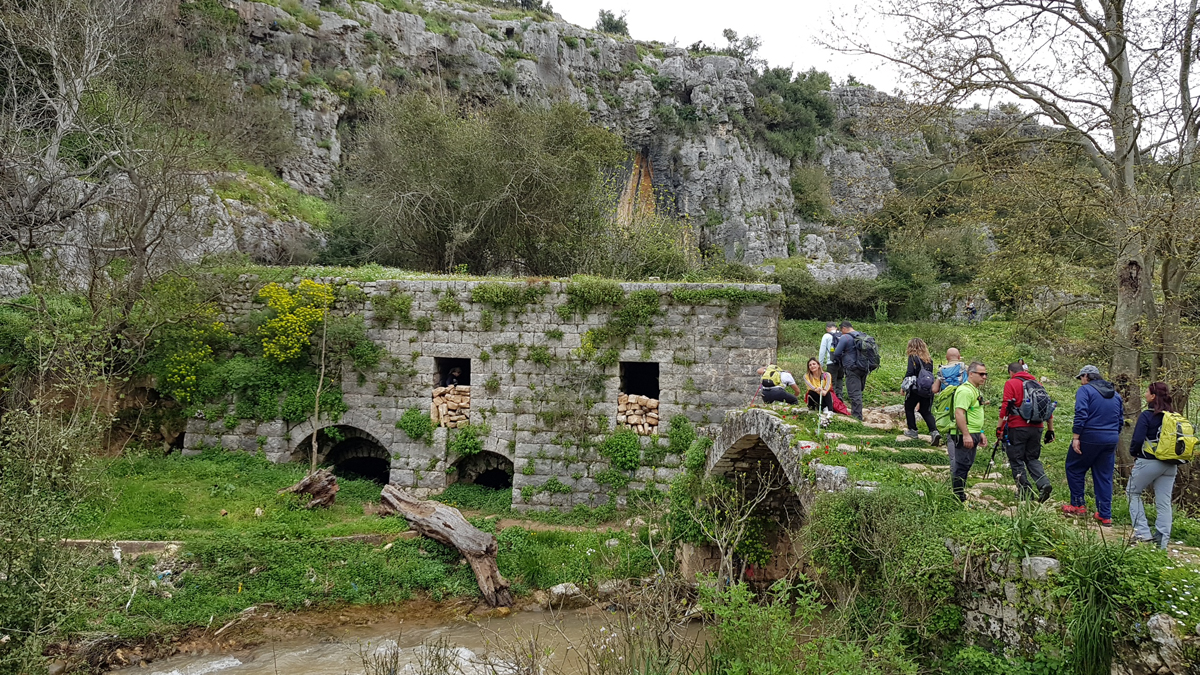 Nahr el Joz (Walnut River) is 11 kilometers from the coastal city of Batroun. At the river’s source are two springs above Tannourine and flows to the Mediterranean Sea between Batroun and Hamat. The river extends for 30 kilometers and is lined with walnut trees, beautiful old water mills and bridges.

The hike along the banks of the river is simply wonderful. Hikers can witness the green fields of villages including Rachkida, Kaftoun, Kfarhay and Boxmaya. Seasoned hikers can continue towards Hamat and combine this trail with Darb El Mseilha trail that leads to the Mseilha Fortress, a fortification built by Emir Fakhreddine II in the 17th century to guard the route from Tripoli to Beirut. 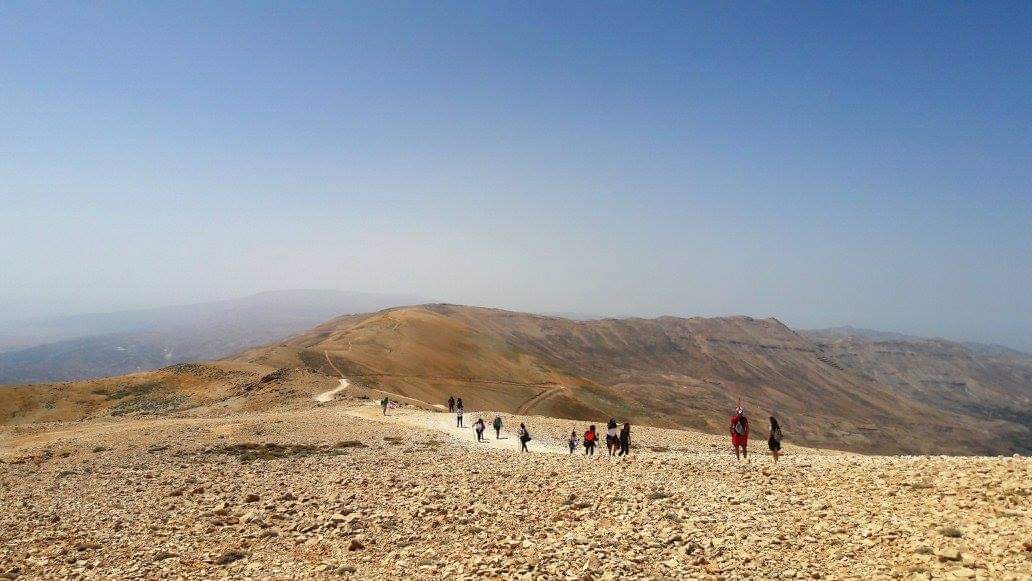 Every Lebanese should visit Lebanon’s highest peak at least once in their lifetime. Qornet El Sawda, the Black Peak, rises to a whopping 3,088 meters above sea level. It is named black because when it rises above the clouds and the snow, it appears strangely dark. Unsurprisingly, the views from the top and pretty remarkable. 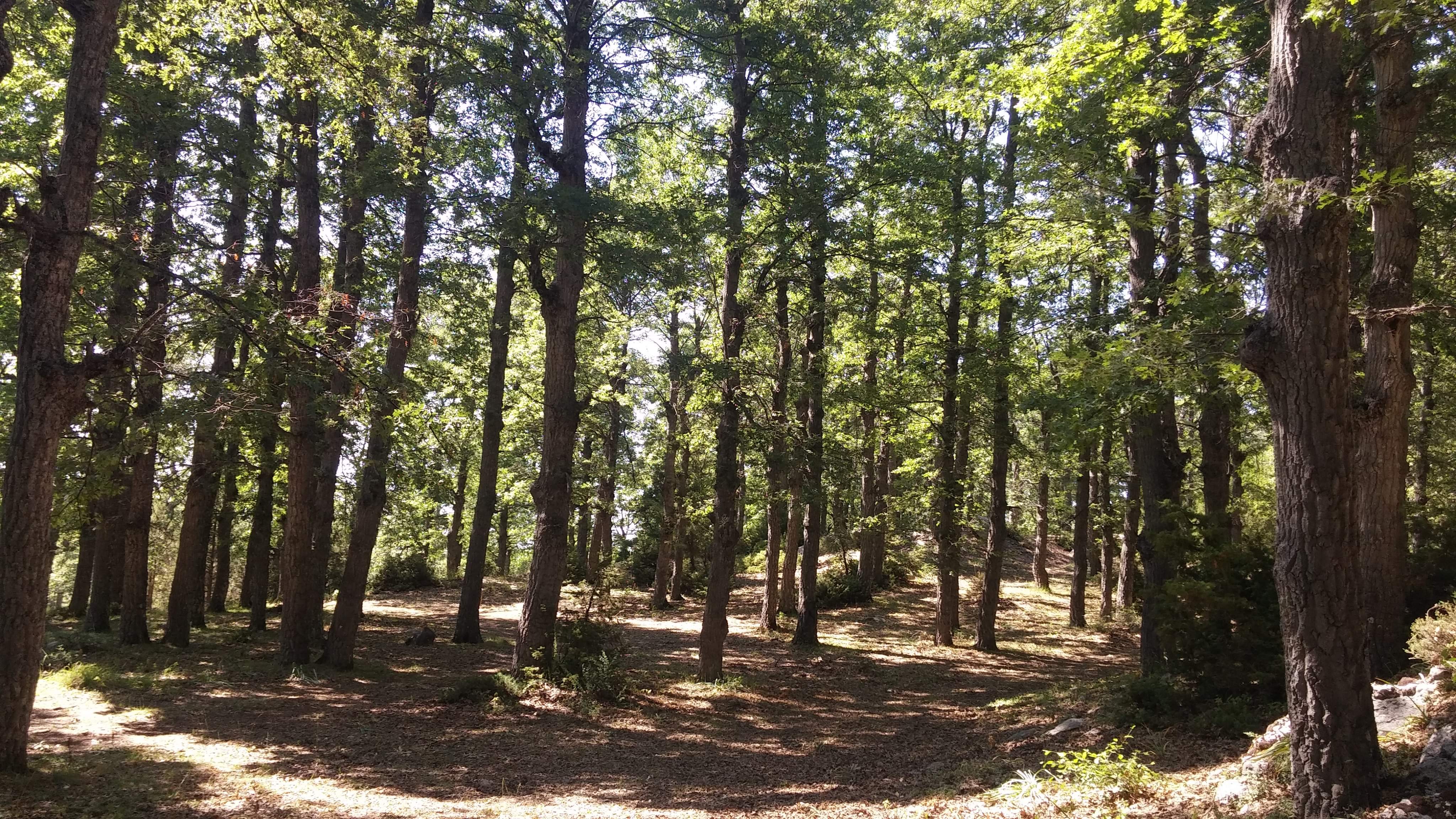 Qammoua Forest is located in the Akkar district, in Fnaydek village, 125 kilometers from Beirut. It stands out because of its  juniper trees, cedar trees, oaks, cypresses, cedars and Cilician firs. Geologists say that these historic forests are at least a thousand years old. It is one of Lebanon’s most important forests and contains 10 million trees of fifty different species.

Specialists rated the forest among the most beautiful forests in the world.

Perched at an altitude of 1,600 meters above sea level, one can enjoy an exceptional hike in the Qammoua valley to Ezer Forest, a unique forest. 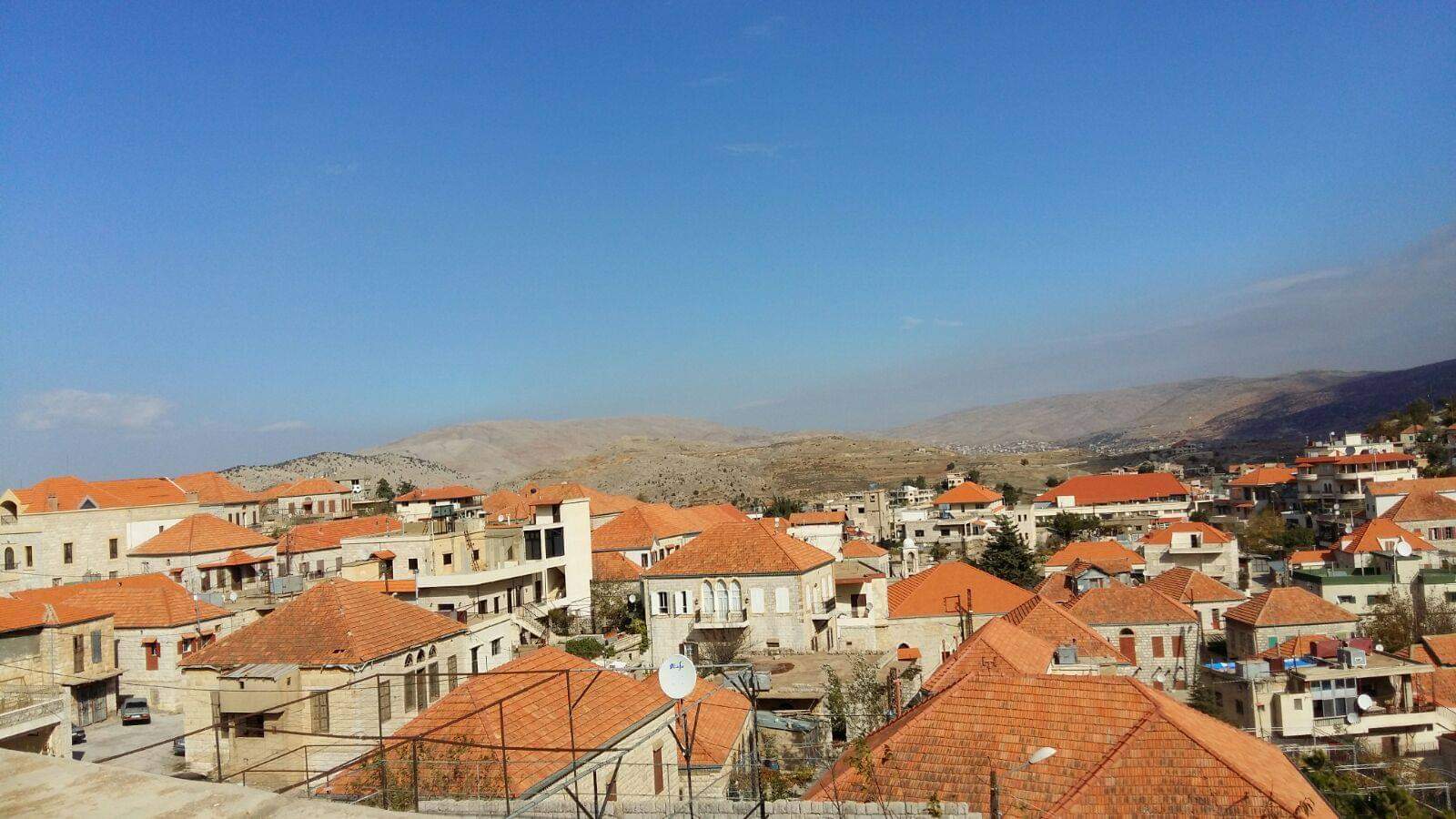 Rashaya El-Wadi is an attractive town located on the western slopes of Mount Hermon in Bekaa. It is famous for its history, natural beauty as well as its arts and crafts. Visitors can enjoy meandering the old souks and the surrounding countryside, which boasts red-roofed houses and other interesting landmarks. One of the most well-known sites is Rashaya El Wadi’s Citadel of Independence.

6 Ways to Enjoy a Stress-Free Weekend in Lebanon

Bars In Beirut: The Artisanals

40 of the Hippest Beach Resorts in...