WHAT’S TRENDING ON LT
Lebanon’s Five UNESCO World Heritage Sites
5 Ultimate Tips for Your Next Camping Trip
5 Places in West Bekaa Worth Visiting
Discovering the Beauty of the Cedars of God
La Datcha: Haven in Akoura
5 Things to Do in Akkar
Digging into Sidon’s History
Baalbeck: the ‘Sun City’
10 Things to Do in Anjar
Exploring Baskinta with Al Wadi Al Akhdar
Beaches & ResortsCaves & GrottosExplore LebanonMini GuidesNorth LebanonOutdoor ActionRegionsThemesThings to doWhere to Go

10 Things to do in Anfeh and Balamand 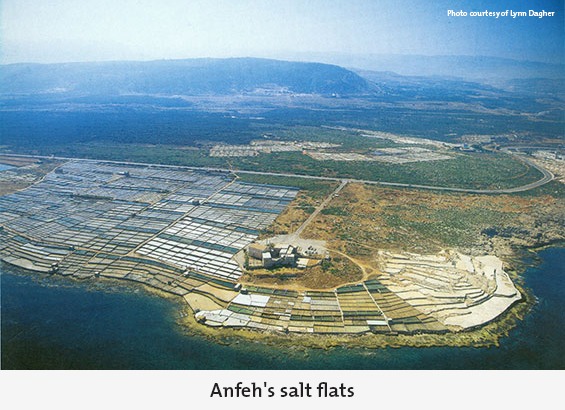 Looking for an out-of-the-ordinary visit to escape the city grind? Then head up to the hills of the north to discover the hidden secrets of Balamand. And,on your return, stop at the coastal village of Anfeh to explore its historical marvels

Since opening in 1988, the University of

one of Lebanon’s top universities. The

olive and oak trees, and encompasses

nine faculties and a dozen research

centers. Though the aromatic scents of

the achievements of the university are

equally overwhelming. The university has

are both challenging and competitive,

such as the fascinating Ethnography

for guided tour with Samer Amhaz

and Raya Dagher). Previously home to

documents a narrative of rural life in

the region. Founded by the Orthodox

university has modernized into a

renowned center of learning and a hub

for the preservation of the area’s heritage.

For 850 years, the Lady of Balamand

stood atop a 200 meter cliff with a

breathtaking view of the Mediterranean.

Located 16km southeast of Tripoli, the

monastery was built by monks during

the Crusader period around 1157. Years

later it was abandoned and in ruins, only

to be rebuilt again in the 17th century by

the structure of the monastery is

abbeys it features a central courtyard

surrounded by a portico. Framed by the

breathtaking beauty of the coastal plains,

inside the monastery’s walls the silence

resonates with only the occasional

soundtrack of undetected birds in flight.

The library is also not to be missed; it

required for viewing.) For a guided tour

of the monastery, call ahead of time.

Monastery stands on the cape of Al

Natour. Surrounded by fields of a myrtle

this small simple church hides within

its walls incredible treasures that date

back to the Byzantine Empire. The church

was recently excavated and renovated

by University of Balamand to protect

its walls and ceilings, retelling ancient

strokes. After a tour of the church, climb

the stairs for some of the best views

in the country: an unobstructed vision

of the waves crashing onto the rocky

shore. Although you can’t call ahead,

Sister Catherine is usually on site and

will happily guide you through the

Small and quaint, Anfeh Port is filled with

trade of the area. Small blue and white

to mind images of Greece. Each family

in the village owns a hut and their own

hospitable traditions of the past, visitors

are likely to be welcomed in with an

Seemingly untouched by the modern

world, the haphazardly built huts in

Anfeh village stand next to historically

significant houses, passed down from

is an advocate for the conservation of

Anfeh’s traditions. Visit the Church of

the Lady of the Wind, one of the oldest

churches dedicated to the Virgin Mary.

Built in the Byzantine era, the building’s

layers reveal the many civilizations that

once called it home. The South wall

frescoes show a depiction of the Virgin

Mary calming a storm. Sailors from the

village originally built the chapel in her

of Saint Catherine, the country’s only

go down a few steps and admire the

and the Archangel Gabriel. Don’t

Once upon a crusader’s time, a majestic

fort rested precariously at the edge of

a rocky mound on the Anfeh peninsula,

Anfeh Fort and Trench was considered the

greatest and most fortified in the Levant,

once featuring twelve towers and two

trenches, separating it from the mainland.

When the Mamluk army conquered the

lords of Tripoli, the castle was destroyed

and nothing remained but one solitary

moats that separated the fort from the

mainland. Dried up and abandoned, the

trenches have lost their imposing purpose

as protective measures against invaders;

one buried under centuries of rubble and

damage, the other named “Al-Khandaq”

is still visible, but only a dry shadow of

its former role. Civilizations have passed

through this land, but only a small imprint

of their presence remains. Nevertheless,

sitting at the top end of the peninsula,

where the citadel once grandiosely stood,

you feel the weight of history as the

Hanging over the rocky port of Anfeh’s

coastline are a series of stone engravings

and caves dug into the bedrock.

houses cut into the stones, speak of an

against entering these chambers, as

ghosts of the past are thought to haunt

Looking for a gold rush? The “white gold”

that stretches the length of Anfeh bay

from 1400BC describe the superior

quality of Anfeh salt, once extracted

through salinas, carved ponds in the

After evaporation by sun and wind,

the salt crystals gathered and were

economic resource for its residents. In

funding for renovations, yet they are still

in need of further repair.

If you think you’ve seen it all, think

guide you to the edge of Anfeh where,

according to him, the shore reached

When the sea receded, prehistoric caves

were discovered. Although we cannot

vouch for its scientific validity, the fissure

imagining its ancient past. There, Sassine

skeletons, and even its latest resident’s

boots. The limestone cave has a fissure

in its ceiling letting light sneak through.

Adjacent is Layla’s Cave, not named after

some early cave woman, but its modernday

resident, Layla, who is happy to

guide you around. It is near impossible

to discover the 50 or so caves in Anfeh

without guidance, so call ahead of time

for a tour that is certainly out of the

There are few restaurants in Anfeh, so

prepare a picnic basket and head for

the beach, though no doubt you’ll be

invited for a BBQ and arguileh from a

perhaps the cleanest in Lebanon, calls

out for a dip.