Over the past seven years, Yazan Halwani has covered Beirut’s gray concrete walls with beautiful works of art.

Halwani’s four murals come in response to what he perceives to be a lack of public art in Beirut, where walls and billboards are often filled with election posters emblazoned with the faces of politicians. “A lot of the urban identity of Beirut is related to politics,” says Halwani. To counterbalance this sectarianism, he started painting his murals on the streets of the city “to create a common identity for most Lebanese.” 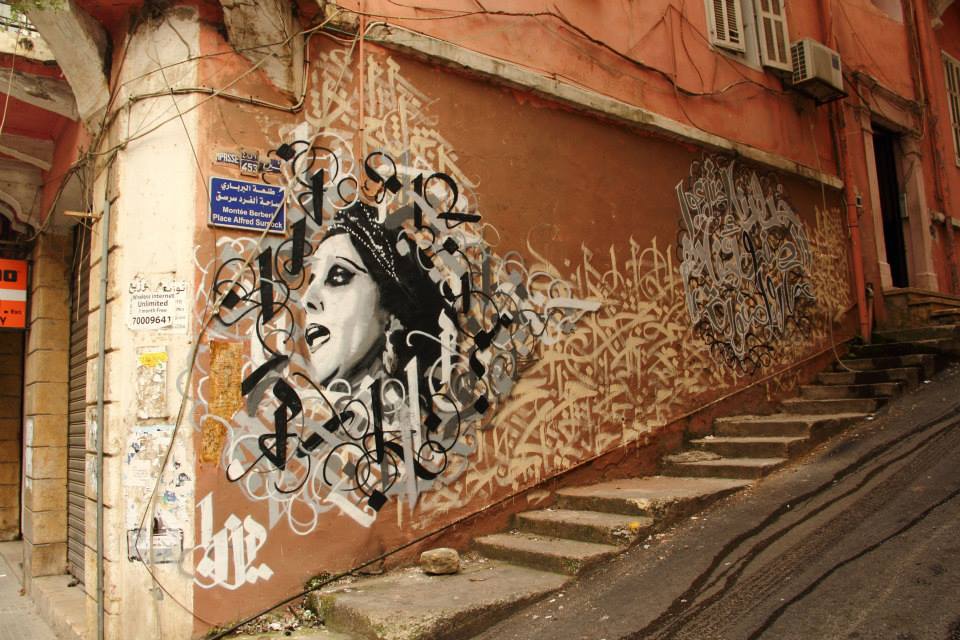 With surprisingly few tributes to Fairuz in the city, Halwani created this striking mural of the Lebanese icon in Gemmayze. This is perhaps one of his most famous murals, finding its way into a Nancy Ajram music video and a Coca Cola advertisement.

Fairuz was a figure that transcends sectarian identity for people and creates a unification, a common cultural element for most Lebanese.

While Halwani’s other murals are of famous figures, his portrait of Ali Abdullah was something completely different. Abdullah was a homeless man who lived on the street for 15 years, usually seen around Bliss Street near the American University of Beirut.

Ali Abdullah was part of the culture and identity of Bliss Street. There was nothing to commemorate him after he passed away… so the mural was a documentation of his existence on the street. 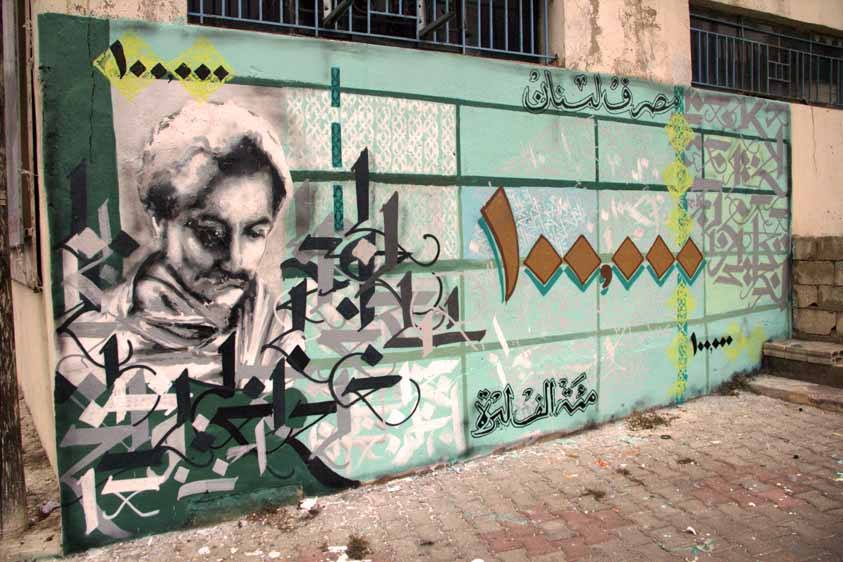 The Gibran Khalil Gibran mural has a satirical edge, created in response to a 50,000 LBP commemorative bank note made by the Banque Du Liban, which contained spelling mistakes.

What I decided was to use that event, as it is quite scandalous so I drew this LL100,000 note and I stylized it in a way that makes it more of a cultural platform, to educate people about their history and art.

Another famous work of Yazan’s is the mural made in tribute to the late “Voice of Lebanon” Sabah.. Unlike his previous work, Halwani first chose the location and then decided what he could paint that would resonate with the residents.

I researched by talking to people living around the wall; regular people…The people of that street actually suggested Sabah. They were talking about the golden era of Hamra and one of the elements they used to mention is Sabah. Located in front of the faculty of human sciences at Saint Joseph University (USJ), The Memory Tree is Halwani’s latest project. Unlike his previous works, the Memory Tree is a sculpture commemorating the people who emigrated or were lost during the Great Famine of World War One (1915-1918). Intricate writings by well-known poets and authors of the time, including Gibran Khalil Gibran, Tawfik Yousef Awwad and Anbara Salam Al-Khalidi, form the leaves of the tree.

This event, like many others, has not had a public memorial to allow it to stay in public memory. A hundred years later, trees are the only living beings that have seen the event and bear witness.