WHAT’S TRENDING ON LT
5 Ultimate Spring Road-Trip Destinations
10 Things to Do in Chouf
5 Things Foreigners Should Do in Lebanon
The History Behind Beaufort Castle
Beirut’s Mesmerizing MIM Museum
10 Photos That Will Make You Fall in...
Mini Guide to Chtaura
10 Things to Do in and Around Zahle
Lebanon’s Five UNESCO World Heritage Sites
5 Ultimate Tips for Your Next Camping Trip
Beaches & ResortsCaves & GrottosMini GuidesNorth LebanonRegionsThemesWhere to Go 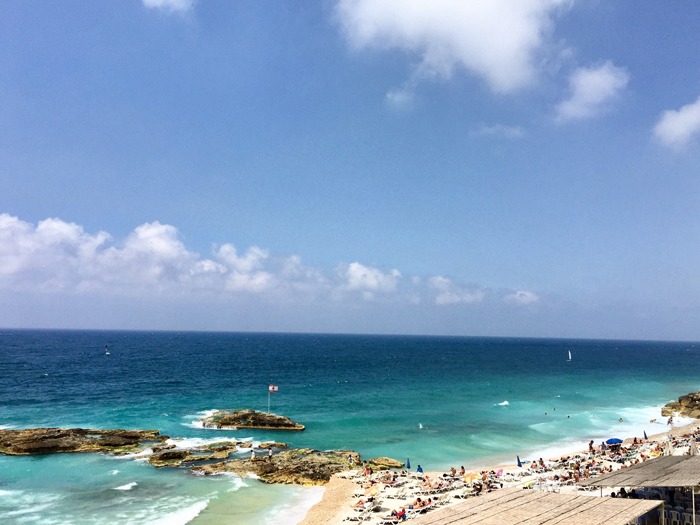 A trip to Batroun makes for the perfect warm-weather getaway. Known for having some of the best beach clubs in the country, Batroun greets visitors with pristine blue waters and white pebble beaches. 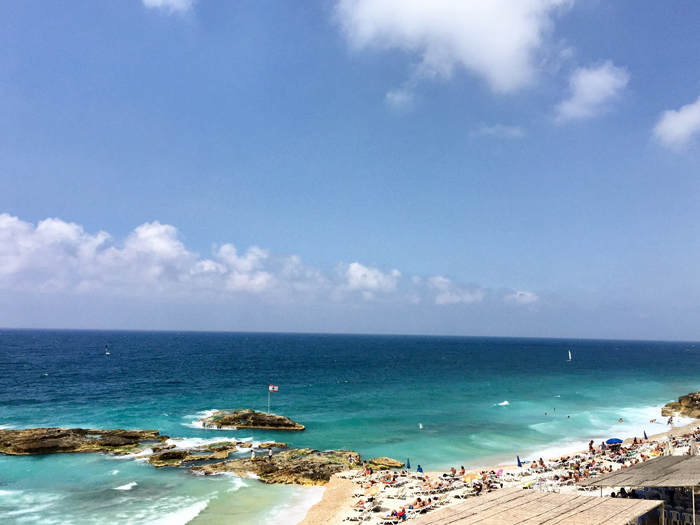 Take the northbound road from Beirut past Jounieh and Byblos until you reach Batroun.

The natural sea wall adjacent to the old harbor is almost synonymous with Batroun. The Roman theater is situated north of the wall, with its nine remaining steps. 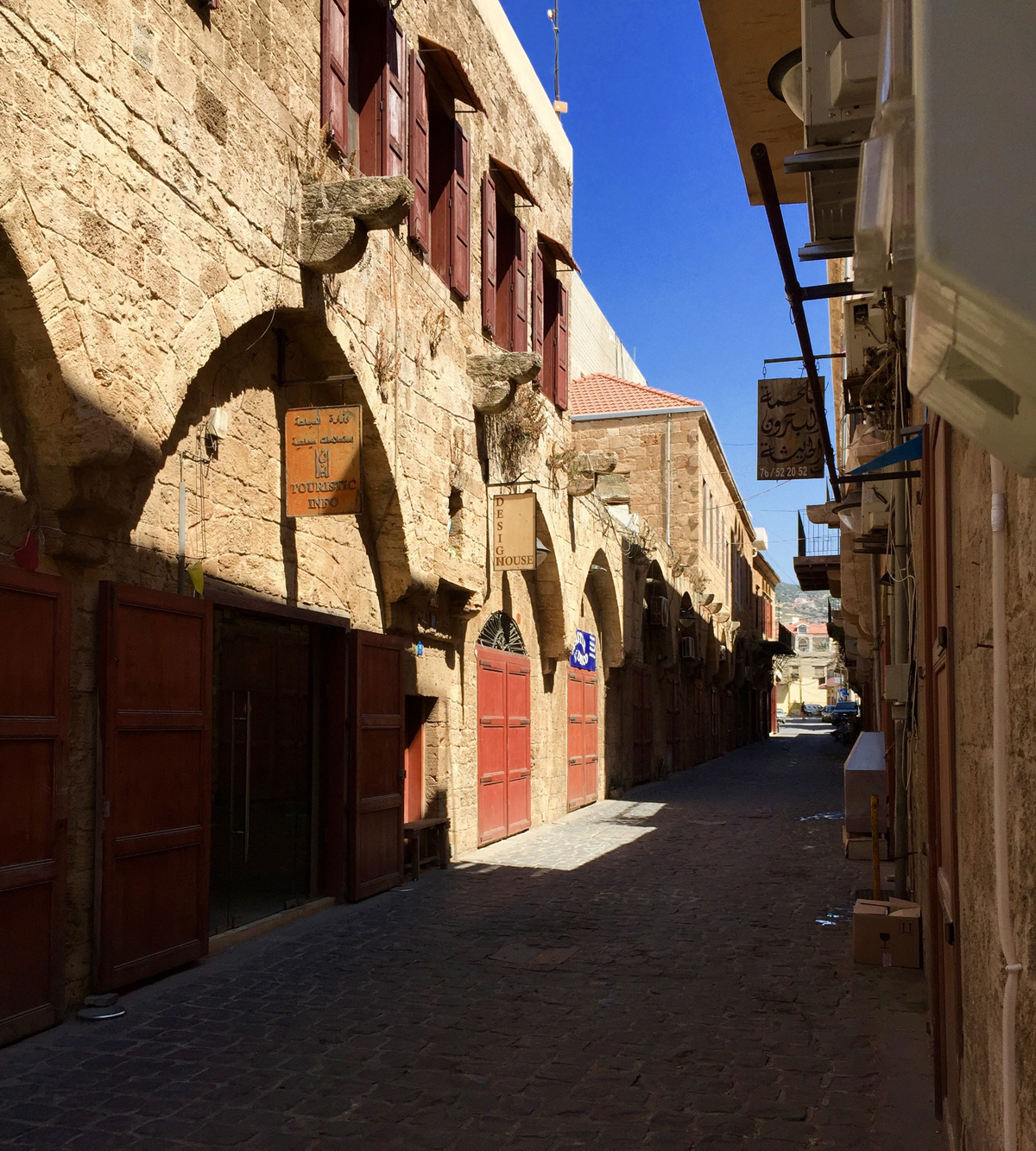 The charming cobblestone market of Batroun is a popular destination for visitors. Between the vaulted sandstone archways you’ll find merchants selling a variety of products. 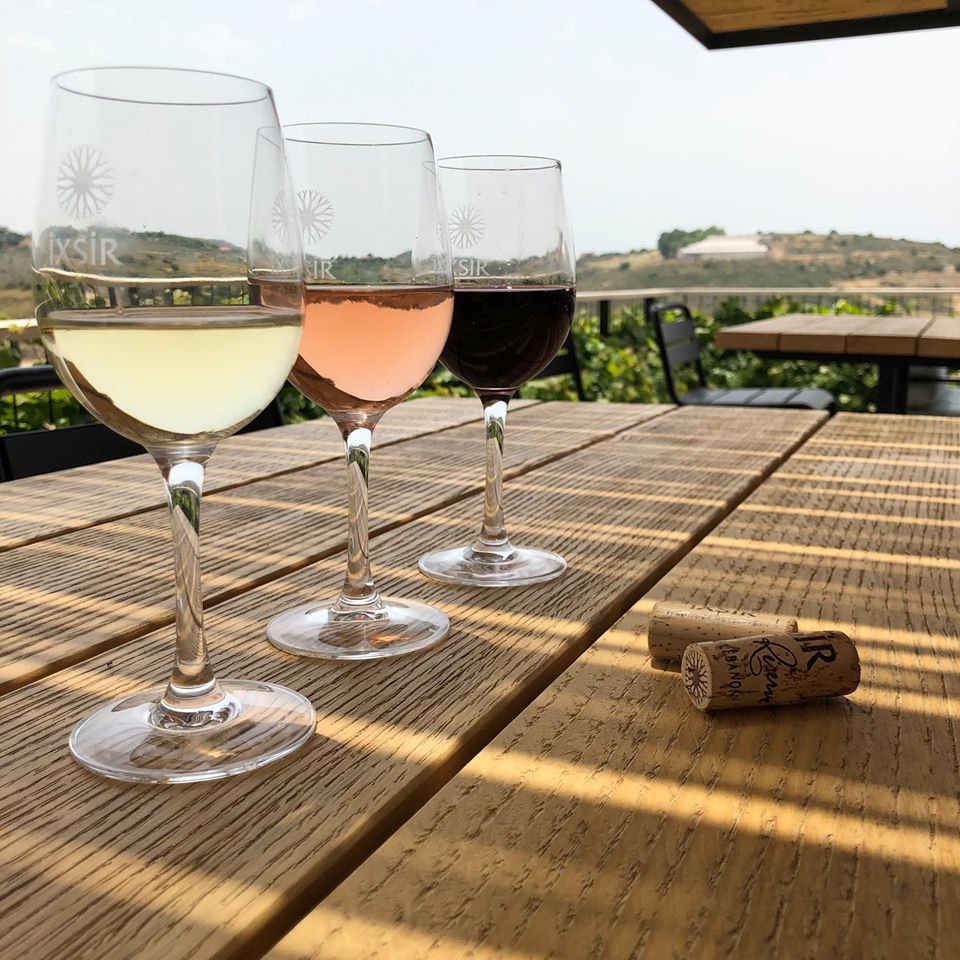 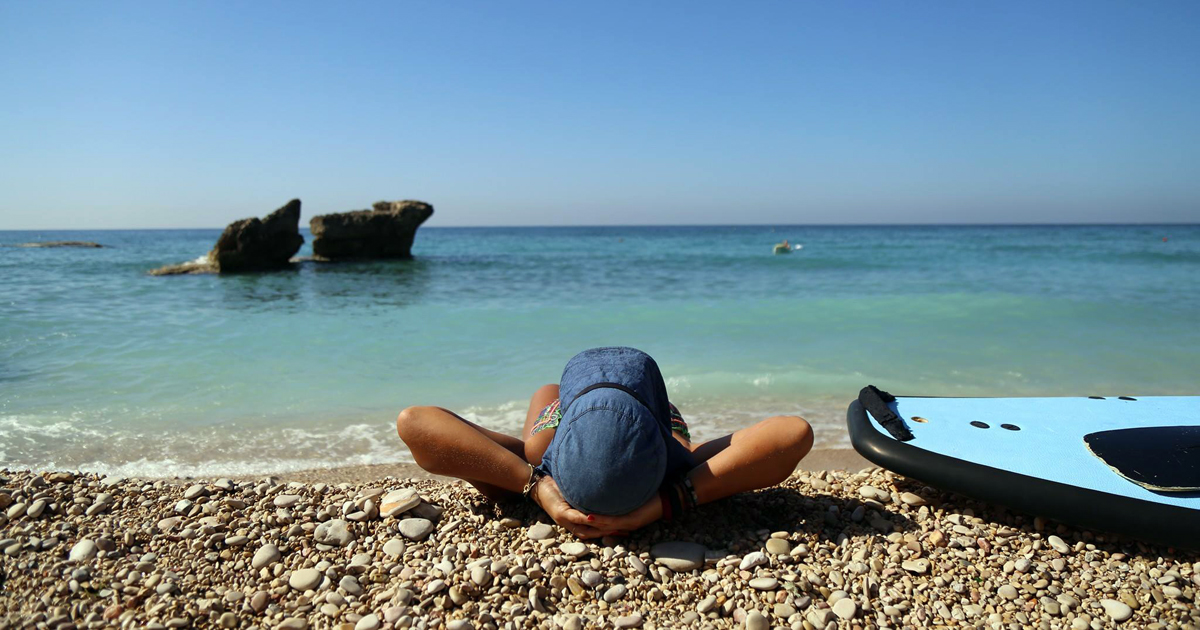 If you’re looking for something a little upscale, try Orchid (+961 3 040420, orchid-resort.com). For somewhere less expensive, check out Pierre and Friends (+961 3 352930),  which has a beautiful pebble beach. Another good choice is Joining Beach (+961 3 517492), surrounded by rocking cliffs perfect for diving and plenty of underwater caves to explore. You call also head to White Beach (+961 3 732404, whitebeachlebanon.com). Colonel Reef (+961 3 743543) is an excellent choice for a casual day at the beach with friends. For more suggestions, read our article about the top beaches in Lebanon. 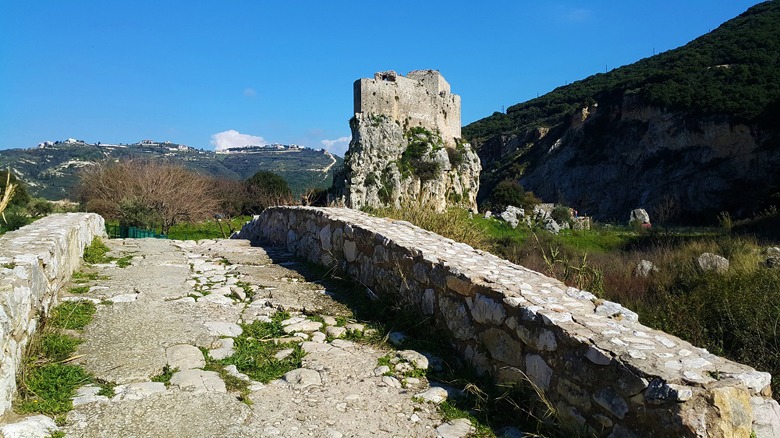 The fairytale castle of Mseilha, a medieval fort, sits nearby. Built by Emir Fakhreddine II in the 17th century, it was used to guard the route from Tripoli to Beirut. Perched high above a narrow limestone rock, the citadel was recently renovated to make it more accessible to visitors. 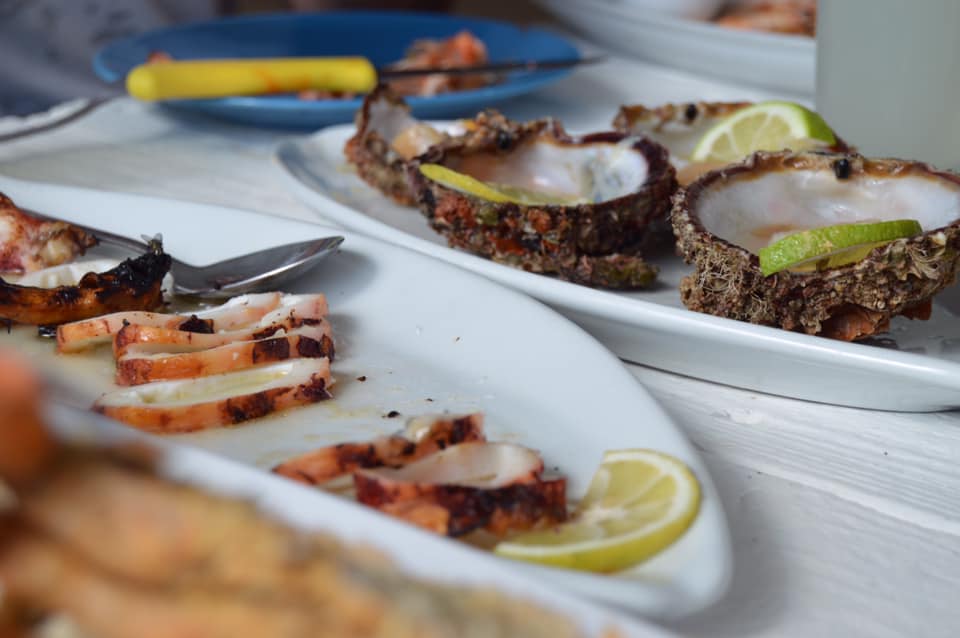 If you find yourself craving home cooked and freshly prepared food while in Batroun, a visit to Chez Maguy (+961 3 439147) is a must. The charming seaside restaurant is run by Maguy, who loves to share her passion for cooking with the world. Despite its popularity, Chez Maguy has maintained the cozy feel of a small family-run restaurant. 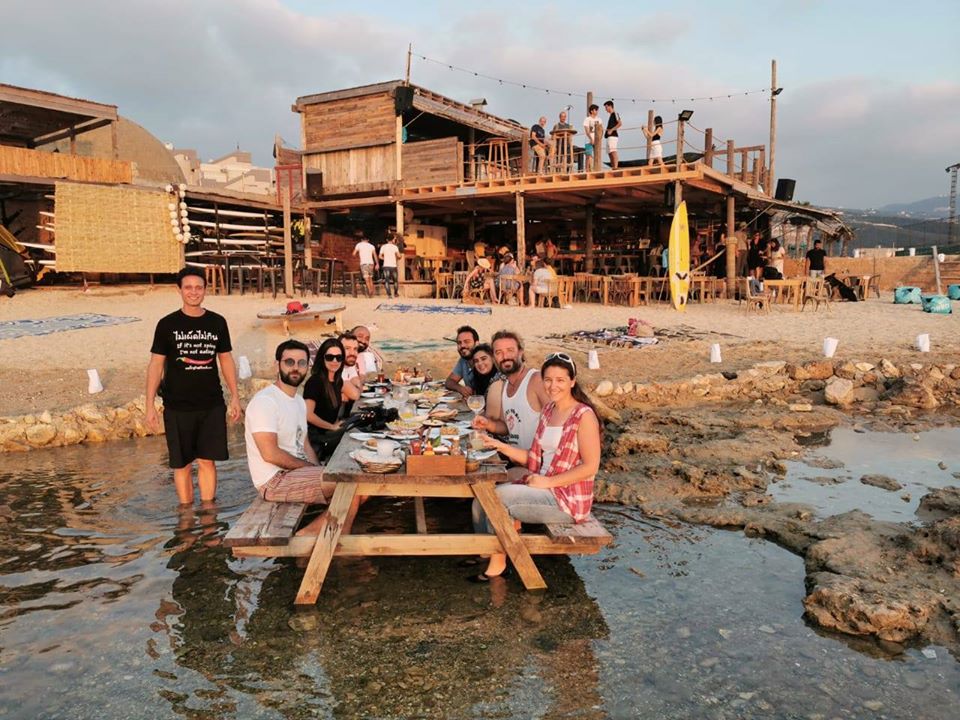 Colonel Brewery (+961 6 743543, colonelbeer.com) has been attracting beer connoisseurs and hipsters since 2014, who come for the locally brewed beer and stay for the magnificent views of Batroun. It is the first of its kind in Lebanon, offering home-brewed beer, delicious seafood and German specialties. With plenty of events in the summer months and an eco-friendly tilt, Colonel has become a popular hangout for locals and foreigners looking to enjoy a microbrewery with a difference. 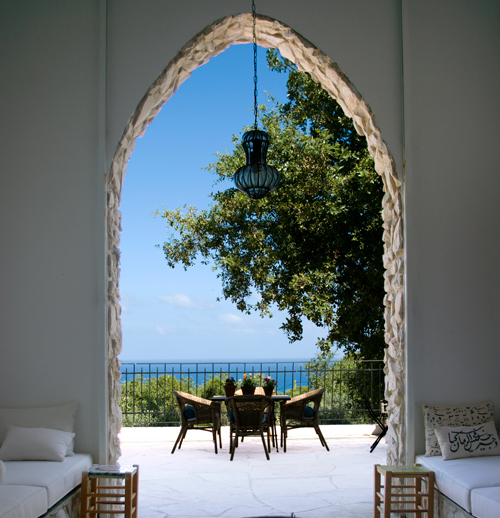 Beit Douma: A Colorful Window to the Past