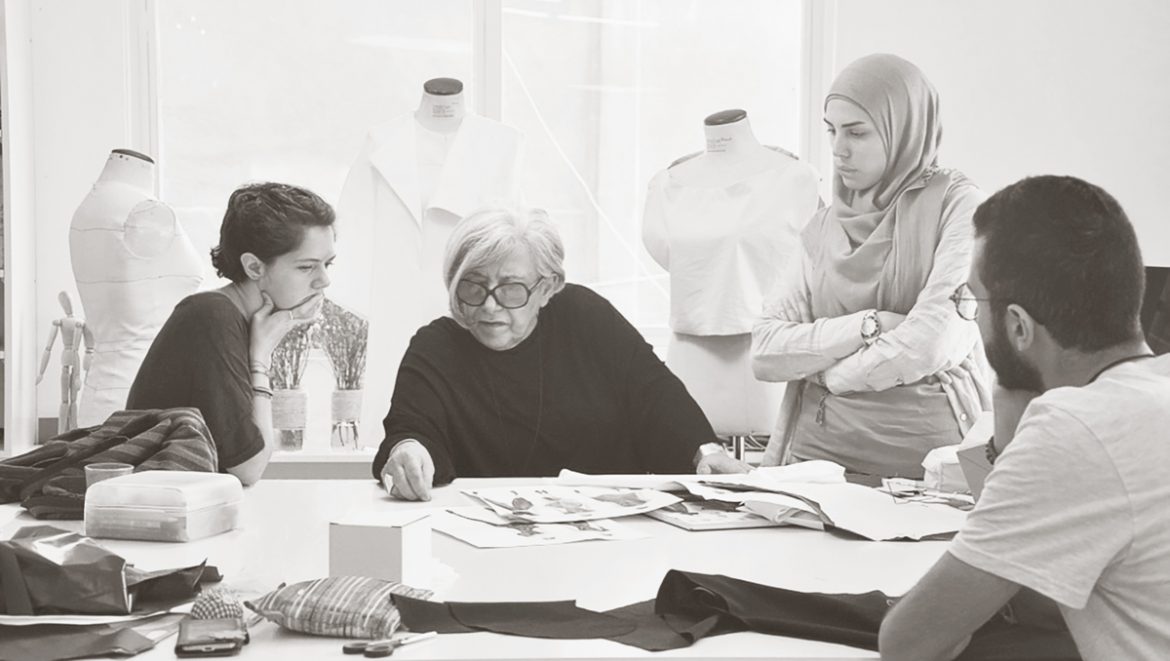 Creative Space Beirut School of Design is a tuition-free school for fashion. It is radically committed to diversity and inclusivity within its program and admits a small pool of students each year based on talent and determination alone. Here, we learn more from Sarah Hermez, one of the founders.

You co-founded Creative Space Beirut School of Design with your former Parsons professor Caroline Simonelli back in 2011. What have been the most significant milestones over the past 10 years?

Since the school’s inception, we have been committed to providing intensive three-year fashion design programs, prioritizing individuals from vulnerable communities. In total, 45 students have been educated so far under the guidance of 42 instructors, and 320 individuals have participated in workshops, fashion shows and exhibitions. Over the years, our graduates have been able to carve out careers in the fashion industry, launch internationally recognized and awarded brands and teach at various local institutions. 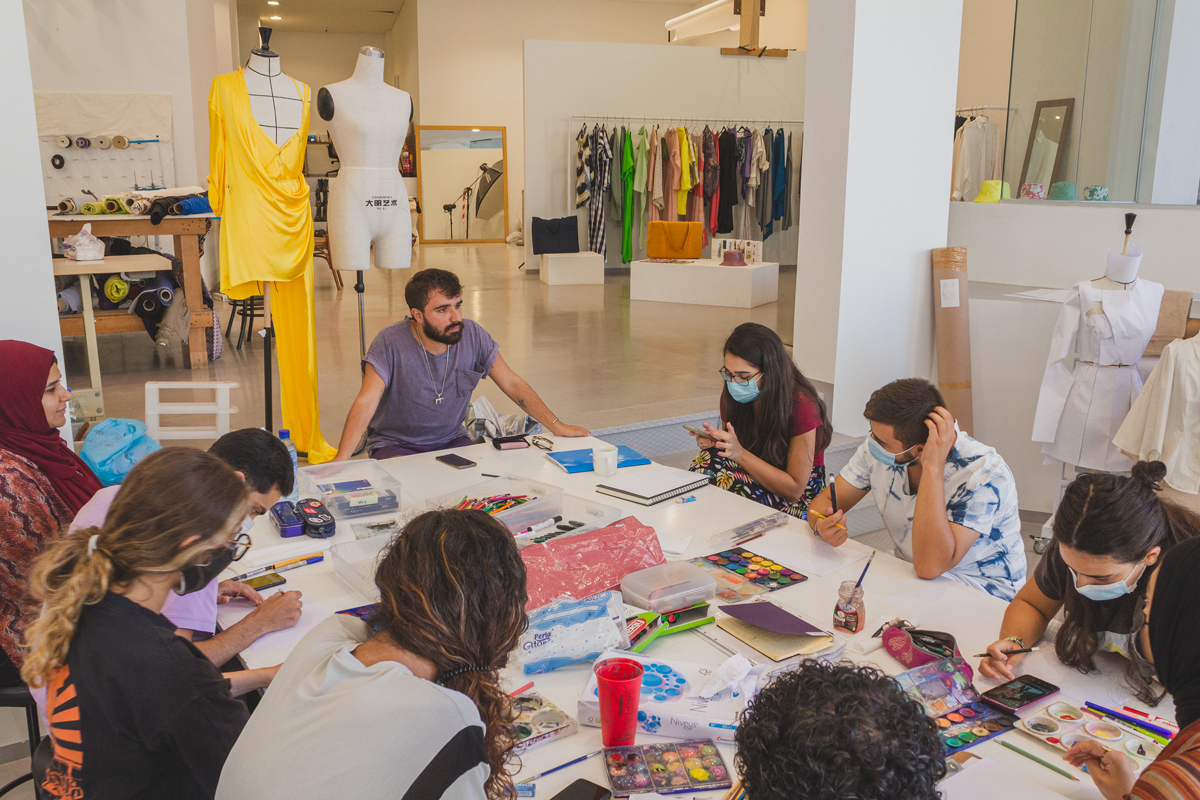 What can you tell us about CSB and CSB-WORLD?

CSB is the flagship label of the Creative Space Beirut Social Enterprise. The label operates as a dynamic design collaboration between the students, alumni, teachers and affiliates of CSB-SD. It deploys a living collection of wearables, accessories and functional surfaces and is at the root of the enterprise’s circular financial model. 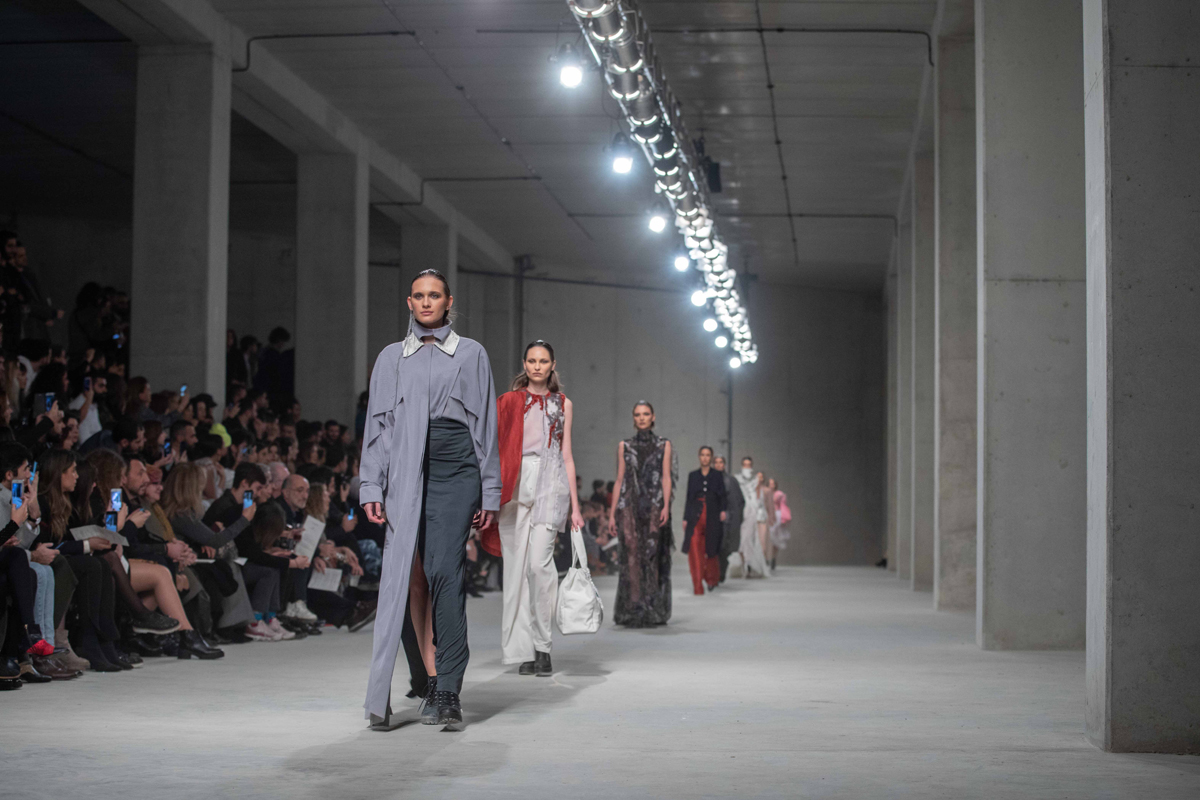 In order to sustain the school of design, founders Sarah Hermez, George Rouhahna, Caroline Simonelli and Tracy Moussi launched CSB and CSB WORLD. CSB-WORLD is the online retail platform of the label CSB. The student-inclusive website also provides products from the CSB-SD community. These include alumni collaborations, selected student work, treasures from our workshops and more. 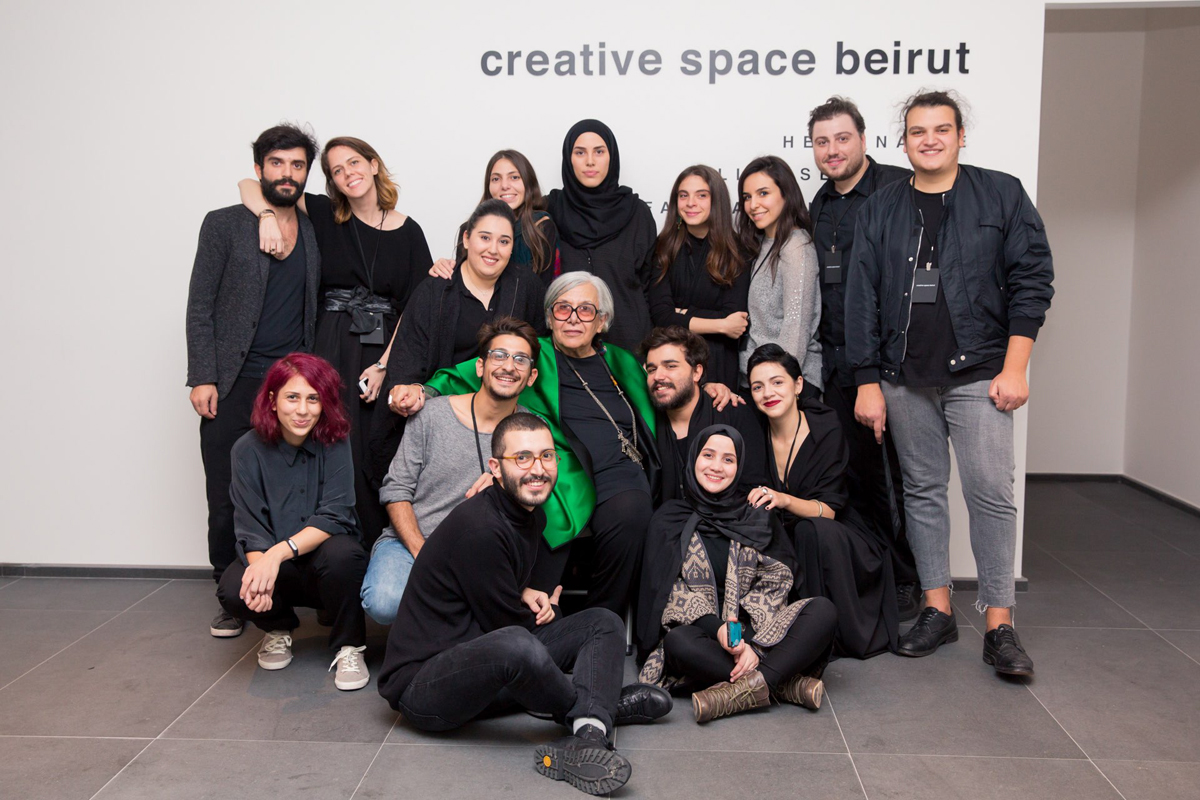 Upon graduating, Roni Helou was accepted into Starch Foundation, a platform established by Tala Hajjar and Rabih Keyrouz to support up-and-coming designers. He was accepted by the International Fashion Showcase as the only Arab designer for its 2019 edition, a residency culminating in a group installation at Somerset House, London. In 2019, Roni won Fashion Trust Arabia’s inaugural ready-to-wear prize, which was used as substantial starting capital to launch the designer’s own eco-friendly, ready-to-wear brand. Currently, Roni is working in Qatar as a fashion consultant and mentor of Qatari-based brands while continuing to produce in Lebanon.

Throughout the three years Hazem Kais spent at CSB-SD, he demonstrated his sensibilities toward nature and organic processes. Upon graduation, he was hired by Sawa For Development & Aid — a Lebanese-registered grassroots organization working with Syrian refugees in the Bekaa Valley — to design the program and led the team through developing their craft. The collaboration resulted in The Master Peace, an ongoing brand of clothing and furniture. In 2019, he established his own brand, Goodkill, and was invited to launch his collection in a fashion show during Fashion Forward Dubai under the umbrella of Creative Space Beirut. He continues to evolve his brand, which focuses on textile creation, and fabric manipulation in versatile products.

After graduating from CSB School of Design, Ahmed Amer partook in diverse collaborations. He launched his eponymous brand in 2018, which gained a  reputation in the industry through its artful integration of his iconoclastic line drawings with bold, yet organic apparel design.

Ahmed is an avid illustrator and does live illustration performances. He teaches Design Through Sketching and Fashion Illustration at Académie Libanaise Des Beaux-Arts (ALBA).

Upon graduating, Heba Nahle was awarded a scholarship to attend the Polytechnic University of Milan to pursue a master’s degree, which she recently completed. She presented her thesis on formal protective attire for urban motorcyclists. She continues to live in Milan, having successfully planted herself in the industry. Heba has done research and design projects with sportswear brands such as Studio Maurizia Botti and has worked on the design and execution of artificial robot skin with Istituto Italiano di Tecnologia. Heba continues to work as a freelance designer and consultant.

Upon graduation,  Aline Seukunian was hired and worked within the CSB Social Enterprise as a production manager for five years, working closely with Caroline Simonelli to design the collections while overseeing the entire production process. Aline also taught sewing at Creative Space Beirut and the Lebanese American University (LAU). She currently conducts evening workshops and works as a freelance pattern-maker, taking on production projects with brands.

Amir began his journey at Creative Space Beirut at the age of 16, after fleeing from Talkalakh, Syria, at the height of the Syrian Civil War. Amir quickly became an exemplary student. Dedicated, helpful, curious and hardworking, he excelled in all aspects of his education. His professionalism, strong ethics and punctuality made him stand out and prove his talent to his peers and instructors. Thanks to his impeccable work and attention to detail, Amir was offered the position of assistant designer at Krikor Jabotian, a famed Lebanese-Armenian fashion designer. Amir continues to work with private clients to design custom-made dresses.

Stylist Ibrahim has gone on to build an illustrious career as a stylist. From cinema to celebrities and personal styling, Ibrahim’s work can be seen on his Instagram profile: sttyledbyibra.

Upon his graduation, Ahmad Abdullatif was hired as a designer and production manager of Glow Beirut based in Saifi. Ahmad continues to work with private clients to design custom-made dresses.