Note: You will receive the download link in your inbox.
Mount Lebanon

It is said that the Bay of Saint George in Beirut is so named for playing host to the legendary battle of Saint George and the dragon. But not too far from this site stands a cave in the Bay of Jounieh that tells a similar story. 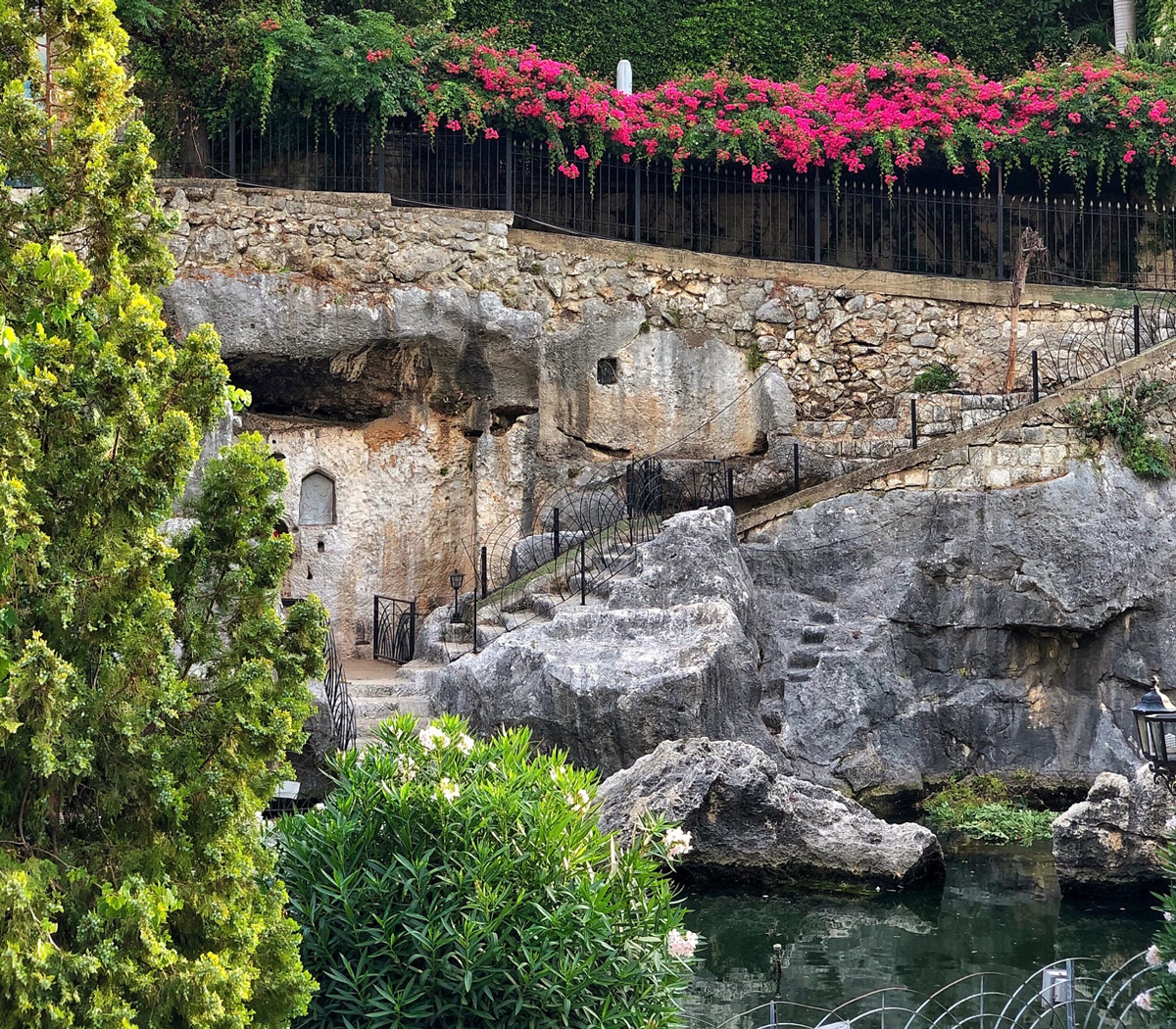 This story actually begins thousands of years ago on the banks of the Ibrahim River, dividing the kazas of Byblos and Kesserwan. Much like the meanders of the Ibrahim, Kesserwan’s associations with Phoenician Mythology permeate the surrounding landscape; one name emerging eponymous with the region – Adonis.

According to legend, the Canaanite god of vegetation, beauty and desire is said to have been killed on the riverbank by a boar sent by Ares (in some versions, Ares himself is the boar in disguise). Adonis’s blood streamed into the river, staining it a violent shade of crimson: the color of which the river has turned every spring since.

So great was the spiritual significance of the Ibrahim River that the entire region of Keserwan was ordained with a sacred significance, giving rise to the erection of shrines and temples in Adonis’s honor. And to this day, locals go to the ruined temple at the river’s source and hang the clothes of the sick in the hope of yielding cures.

But while the story of the Ibrahim River has not faded from the country’s collective memory, there is another site divined from the same wellsprings of mythological significance, a site that is now largely forgotten. Sequestered in the Bay of Jounieh and eclipsed by the surrounding military beach lies the cave of Saint George, also known as Mar Geryes Al Bati in Arabic. 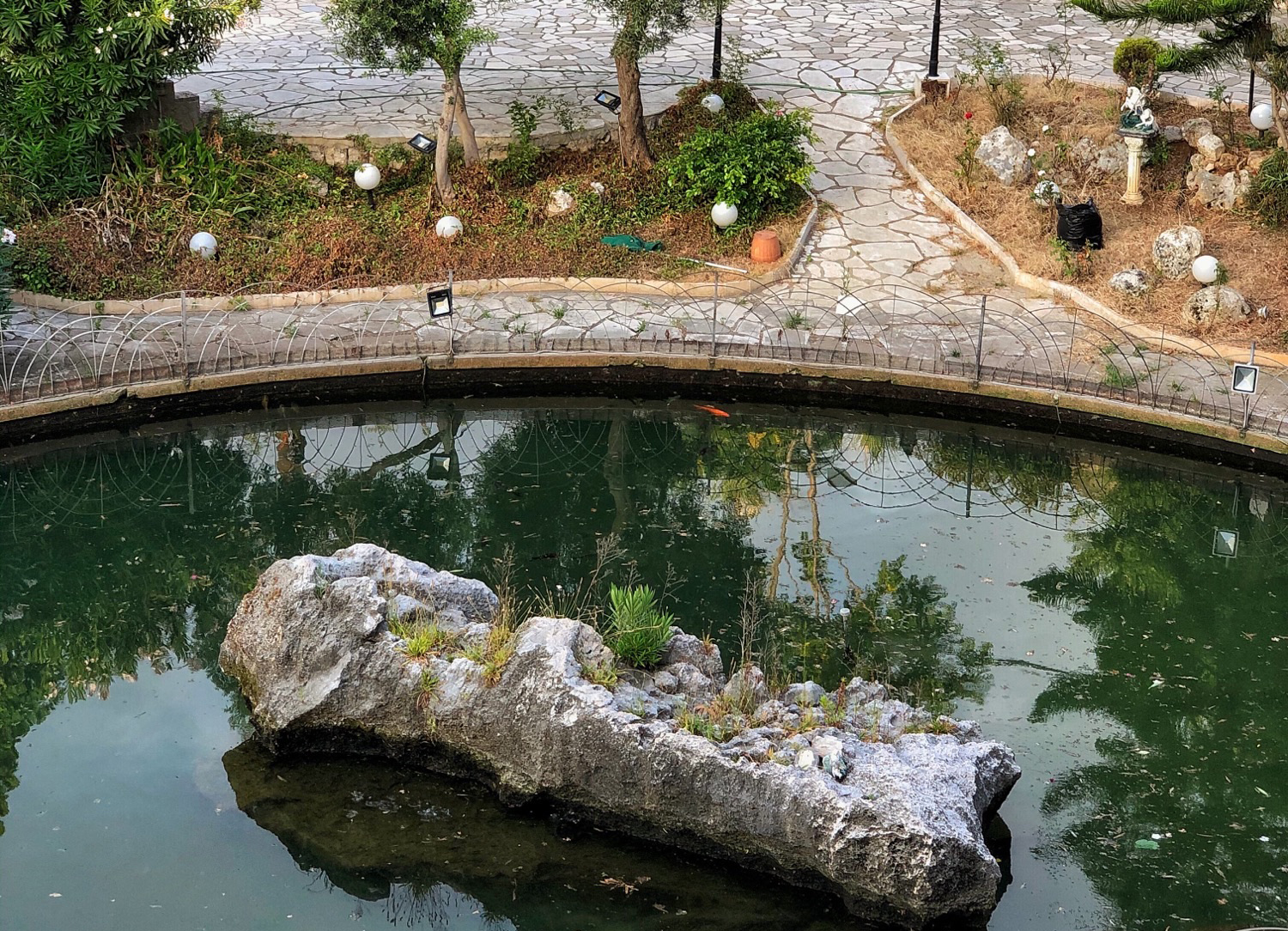 For hundreds of years, Mar Geryes Al Bati held spiritual importance. Its beginnings as a Canaanite shrine to Adonis echo those of the Ibrahim River; and having played host to sacred rituals and ceremonies, this site came to be not only of archaeological but also of anthropological interest. Though the site no longer enjoys the same veneration it once did, its legacy has been immortalized in a range of notable works, from Earnest Renan’s “Le Mission de Phenicie” and Bruce Conde’s “See Lebanon” to Father Henri Lammens the Jesuit’s “Le Liban notes archéologiques, historiques, ethnographiques et géographiques.”

After centuries of dedication to Adonis, the arrival of Christianity to the region allowed Mar Geryes Al Bati to adopt new religious associations with none other than Lebanon’s patron saint, Saint George. As the legend goes, there once was a dragon that built its nest at the entrance of the cave, obstructing people’s access to the city’s main water supply. In desperation, the locals began thinking of how they could rid the city of the dragon. Day after day, sheep were sacrificed and placed at the cave’s entrance to lure the beast out. After countless failed attempts, they decided to offer a much greater sacrifice — Princess Beirutut. Just as her dreadful fate loomed over her, George triumphantly appeared, slaying the dragon and rescuing the princess.

As with any myth or local legend, the story’s veracity can be called into question. But when visitors to the shrine noticed a hoofprint on the very rock where George is said to have ascended to heaven (still visible today), it led many to believe there may be some truth behind the story.

The one irrefutable aspect of this tale, however, is the importance of Saint George to the Lebanese. For many, the tale of Mar Geryes Al Bati may be a promising allegory; perhaps it sustains a hope that Lebanon’s capital, Beirut/Beirutut, will always be protected from any threat it may face by its patron saint and savior: Saint George. 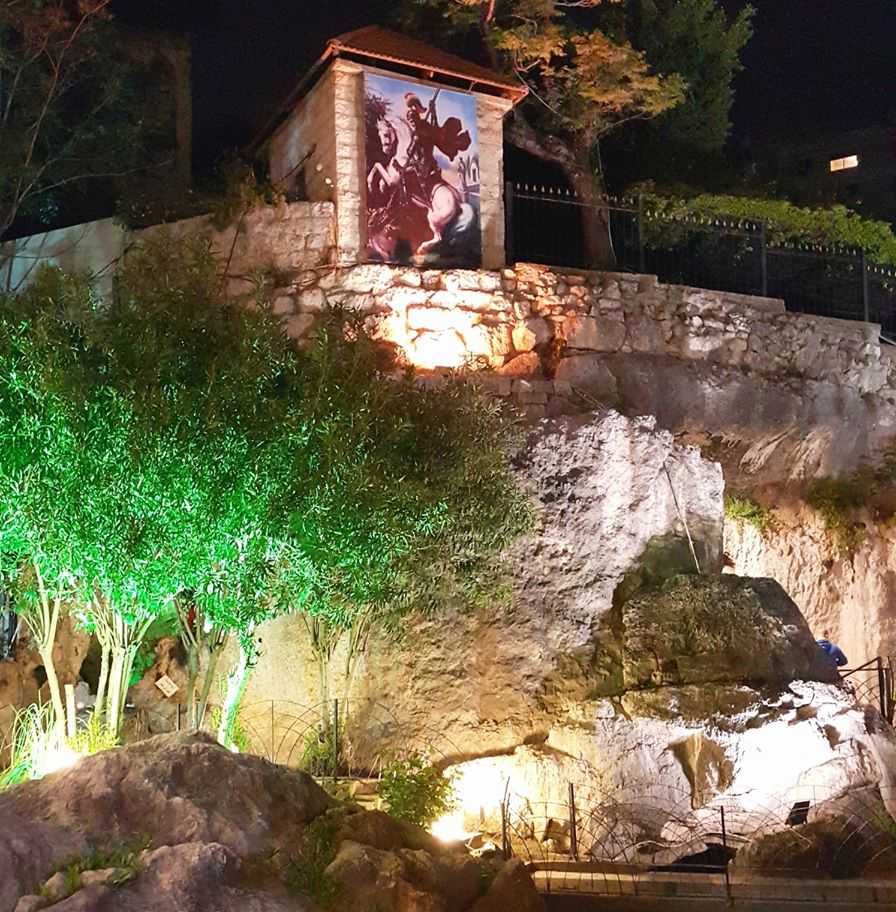 Similar to the Ibrahim River, Mar Geryes Al Bati was a place of such religious and spiritual significance that many believed the site possessed healing and remedial powers. In generations past, mothers would bathe their children in the restorative waters out of fear that they would become a makboos child (carrying a curse of never growing tall after being stepped over).

Sites like Mar Geryes Al Bati show how locations of such cultural significance manage to endure and remain relevant in the hearts and minds of locals. From its mythological origins, Mar Geryes Al Bati has evolved into a persisting melting pot of sacred associations, legendary tales, world religions and local superstitions.

Follow the northern highway out of Beirut to Jounieh, then follow this map until you reach Mar Geryes Al Bati. 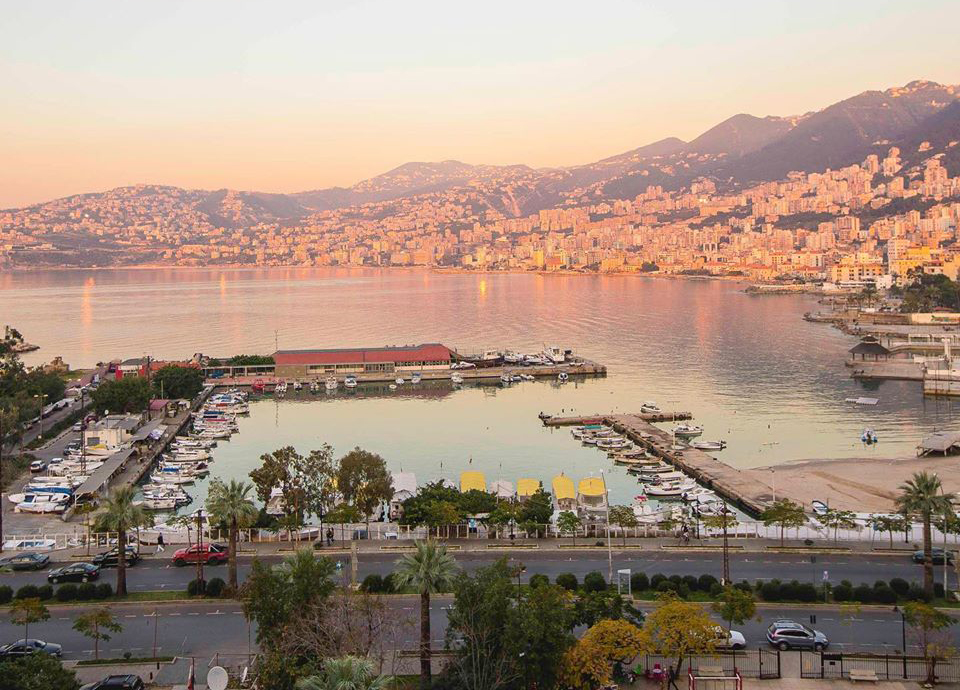 Set in a palatial, neo-classical house with a beautiful terrace and garden, this stunning restaurant boasts spectacular views over the Mediterranean Sea.

Just a 15-minute drive from Mar Geryes Al Bati, this five-star luxury hotel in Tabarja looks back over the Bay of Jounieh and is the perfect Mediterranean escape. BURJ on Bay touts an impressive array of facilities, including Le Cordon Bleu Culinary Institute.

ADYAR – a Pioneer in Organic Agriculture...