“In Syria” – a survival film worth watching

Possibly one of Lebanon’s biggest productions of the year, “In Syria” hit cinemas on 15 March, 2018, showing the harsh reality of two Syrian families and their fight for survival. 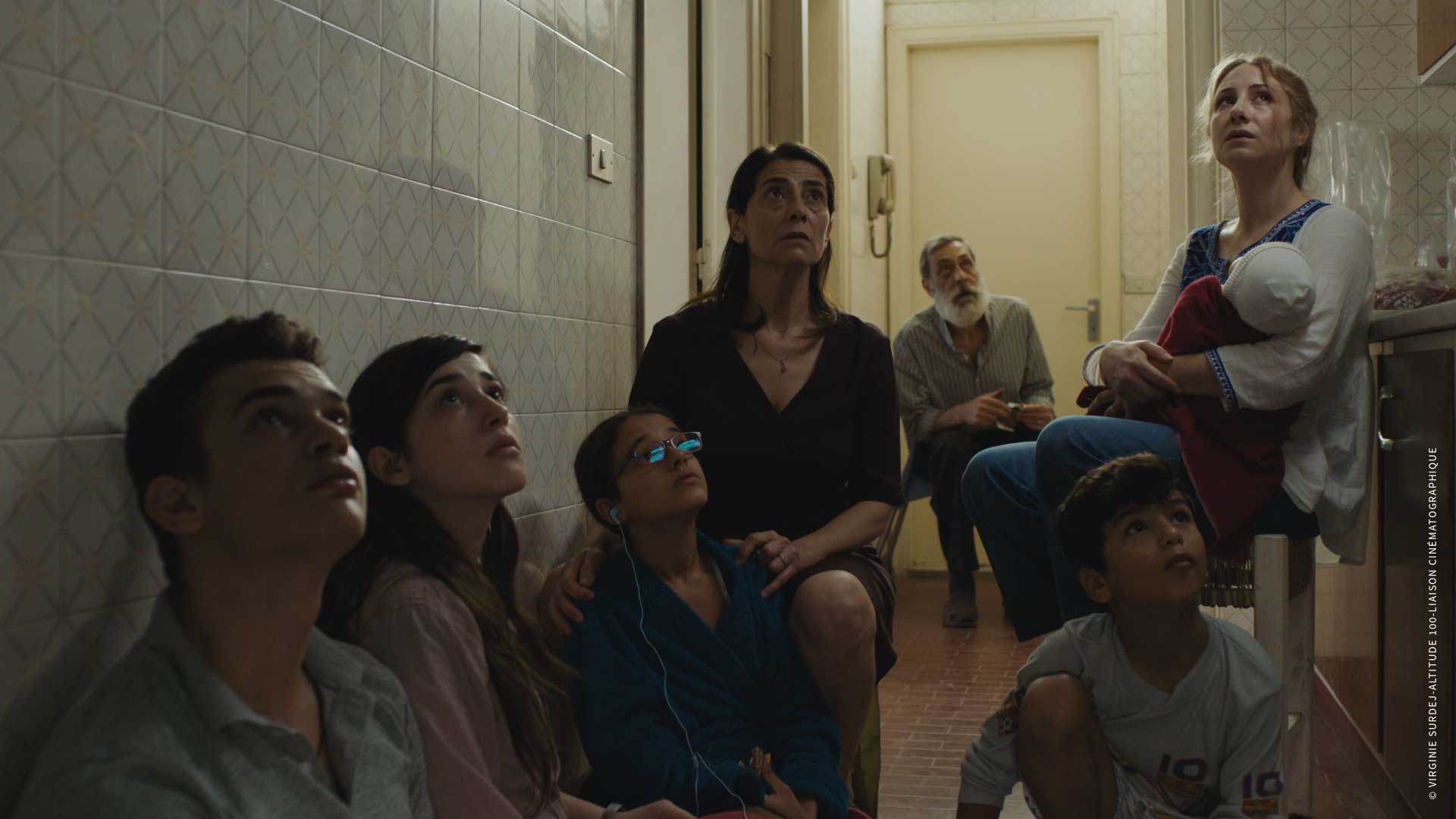 Scene from “In Syria”

Directed and written by French-Belgian filmmaker Philippe Van Leeuw and produced by Lebanon’s own Pierre Saraf, the tense drama is not one to miss.

“I’m so happy to be here because it’s more important than anywhere else to be here,” Van Leeuw told us at the Monday premier.  “This is where the film was bred and I thought about it when I was here doing films for other people in 2010.”

Inspired by the true story told to Van Leeuw by a friend, whose father was trapped in his Aleppo apartment, “In Syria” tells the tale of the last resident of a Damascus building unable to leave because of a sniper.

Shot in a Beirut apartment building, the film’s female leads are Palestinian actress Hiam Abbass (“The Visitor”) as Oum Yazan, the family matriarch, and Lebanon’s Diamand Bou Abboud (“The Insult”) as Halima, a woman who moves into Oum Yazan’s home. When thieves set their sights on the house things turn dangerous.

“Their house gets bombed so she moves downstairs with her husband and baby to live with their neighbors. They’re the last people in the building and they want to flee to Beirut,” Bou Abboud told us on the red carpet. “As her husband leaves he gets shot by a sniper. A lot happens, especially for Halima and we see how she much she sacrifices for her son.”

Bou Abboud was young when the Lebanese Civil War was happening, but she does remember enough to color her portrayal of Halima.

“There were a lot of details that came back to me when filming and I can imagine what the sounds sounded like and how people felt at the time,” Bou Abboud said. “It’s about how the war outside, which the audience doesn’t see, affected Halima’s life.”

“In Syria” is showing in cinemas across Beirut.