WHAT’S TRENDING ON LT
Beit Tamanna: a Dream Come True in Beirut
5 Things to Do in Akkar
5 Ultimate Spring Road-Trip Destinations
10 Things to Do in Chouf
5 Things Foreigners Should Do in Lebanon
The History Behind Beaufort Castle
Beirut’s Mesmerizing MIM Museum
10 Photos That Will Make You Fall in...
Mini Guide to Chtaura
10 Things to Do in and Around Zahle
Editor's PicksPeopleTrending 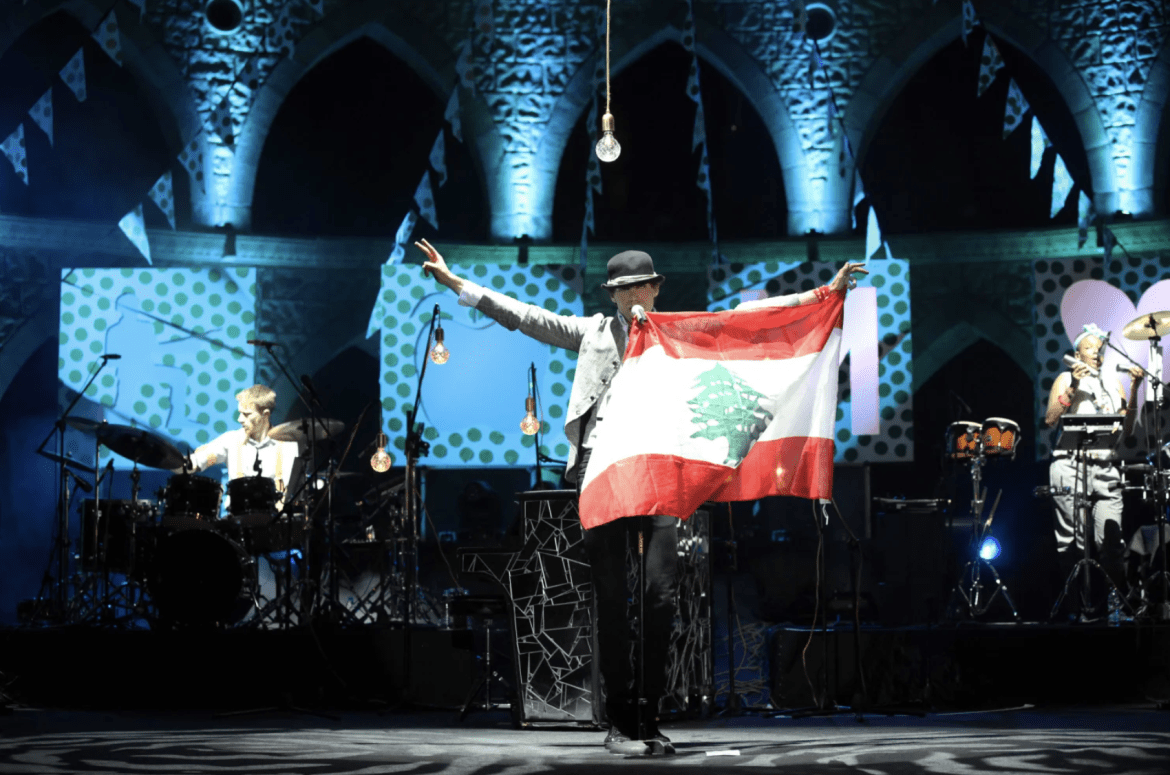 Known to shine abroad, the Lebanese can be found in every corner of the world. What’s more, there are many celebrities who have roots in Lebanon.

Famous for her roles in Avatar, Star Trek, and Guardians of the Galaxy, Zoe Saldana, who is born in the United States, revealed that she is part Lebanese, something she is proud of. 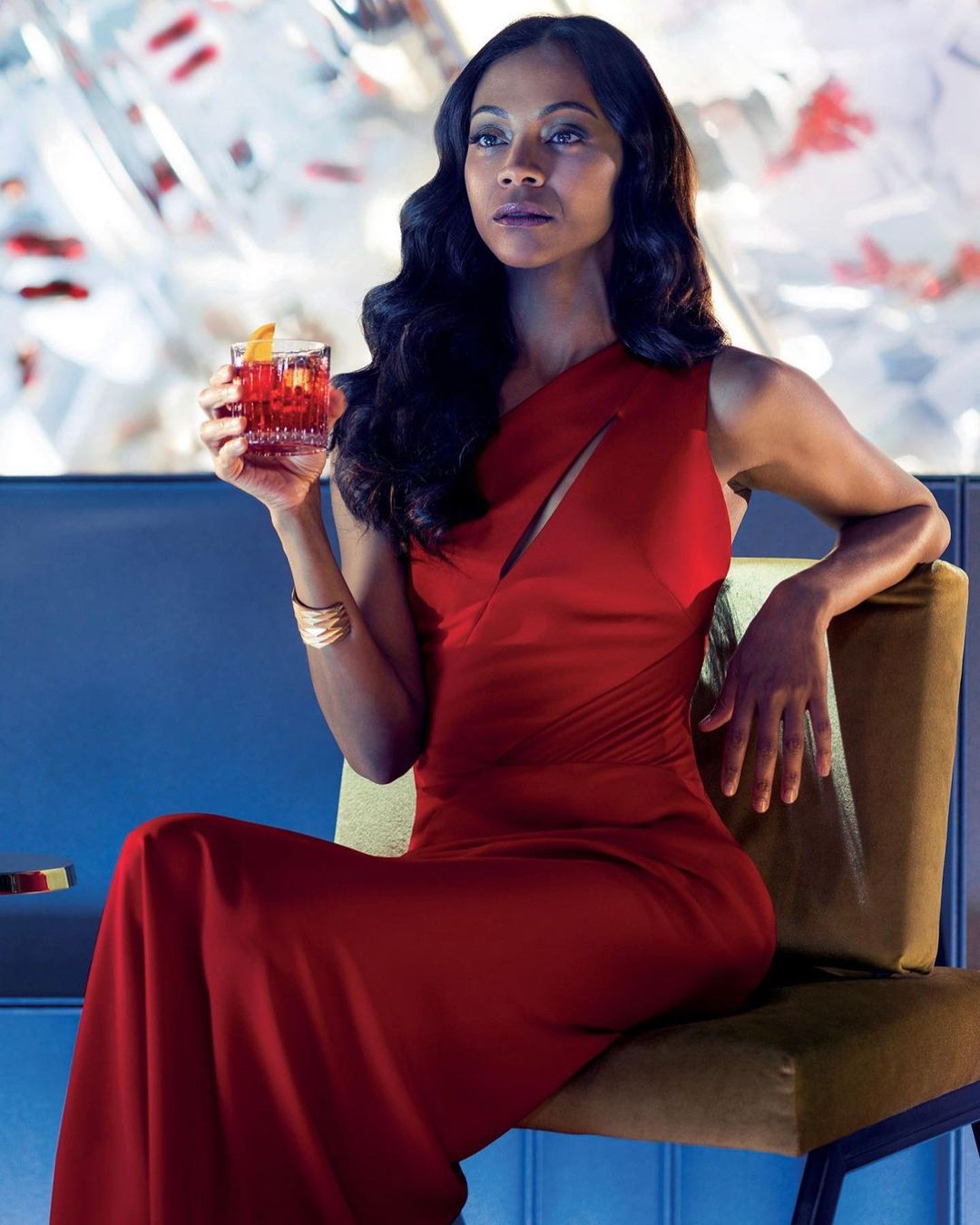 A familiar face on Botched, a reality television series, Dr. Paul Nassif is an American plastic surgeon of Lebanese descent. He visited the country in 2018 and headed to Ain Arab, where his father’s side of the family is from. He even documented the event on Facebook, saying that the trip was: “something  special that I’ll never forget.” 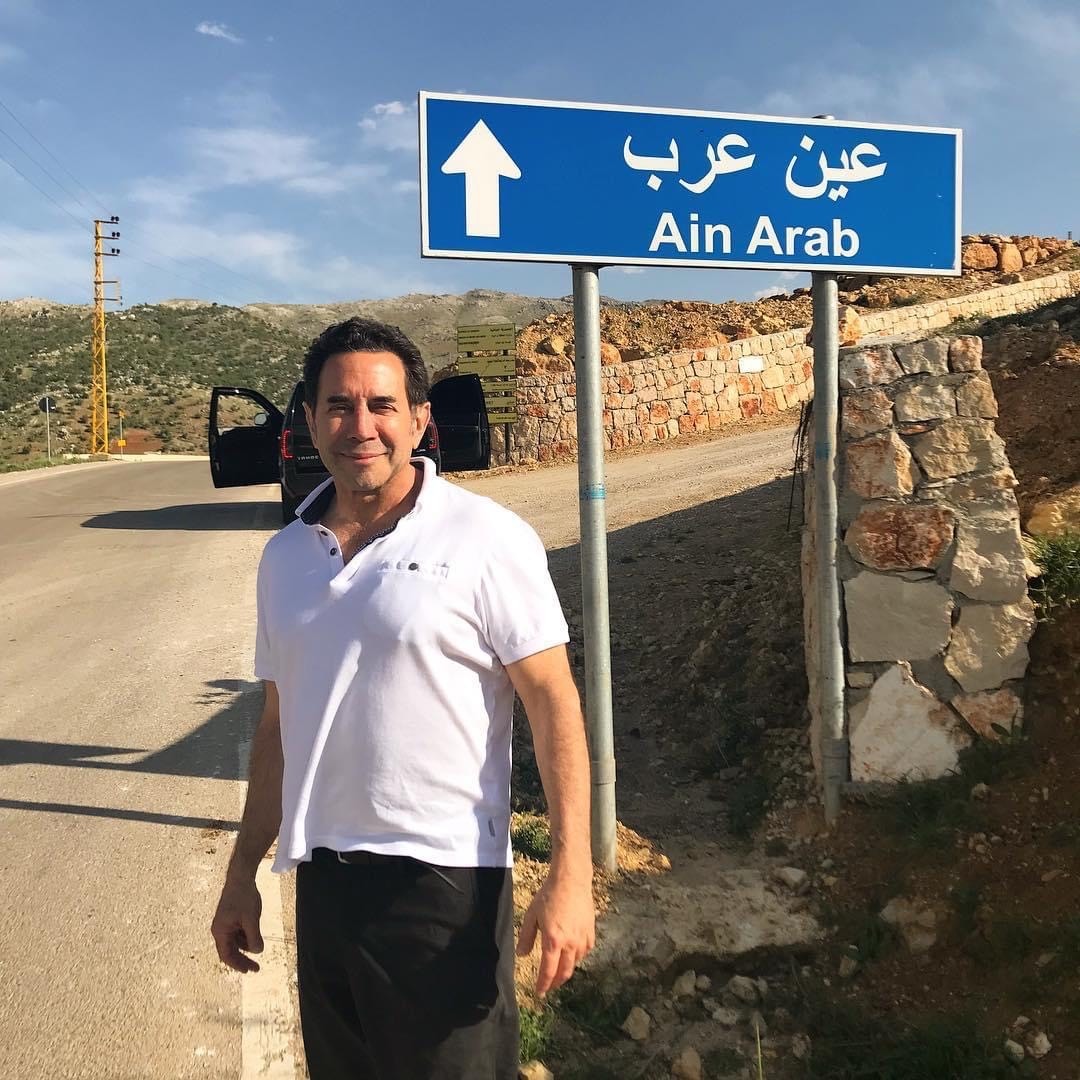 Jenna Dewan is born to a father of Lebanese-Polish descent and a mother of German-English descent. The actress and dancer began her career as a backup dancer for Janet Jackson but is more known for her role in the dance movie Step Up. 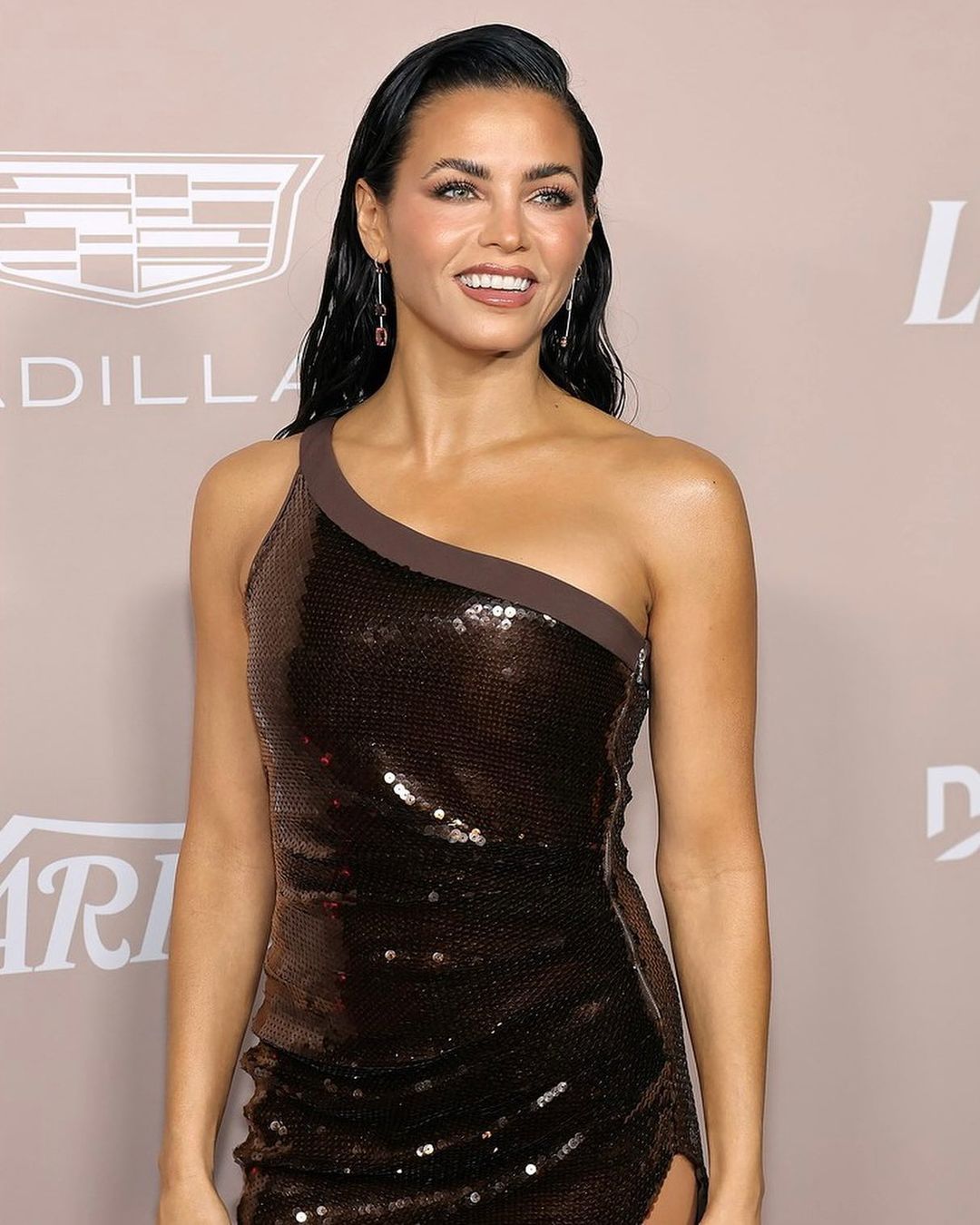 Kris Fade is an Australian-Lebanese radio presenter, host and musician. Fade was born in Dubai, where he launched the first Virgin Radio station in the Middle East, with his eponymous “The Kris Fade Show.” He is one of the stars of Dubai Bling, a trending Netflix reality show that follows the lives of the mega-rich in Dubai. 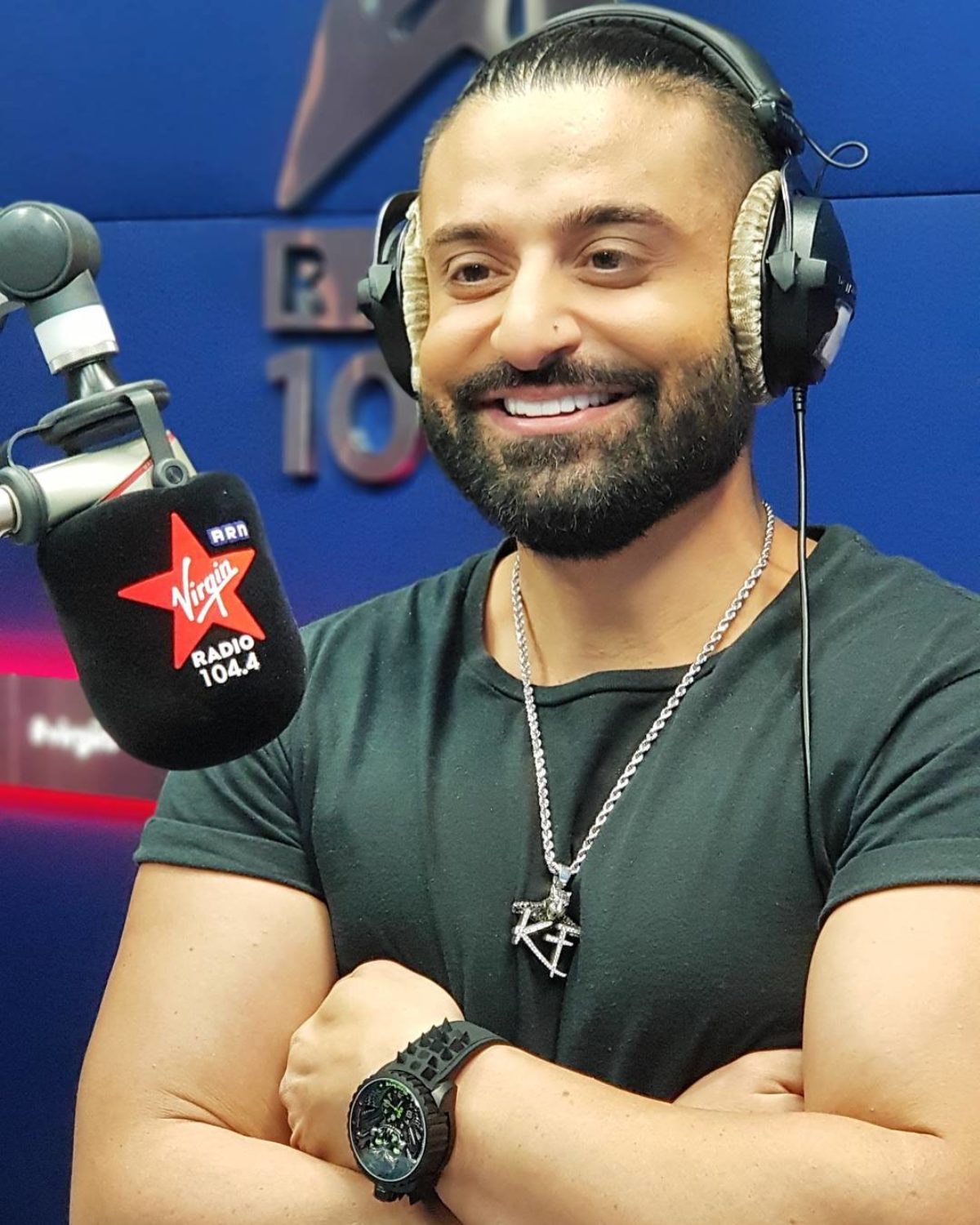 Hollywood star Vince Vaughn’s multicultural roots combine Italian, Irish, English, German and Lebanese ancestry. His paternal grandmother was from the Bou Saba family. Vaughn was born and raised in the United States and was introduced to musical theater at a young. later deciding to become an actor in 1987. 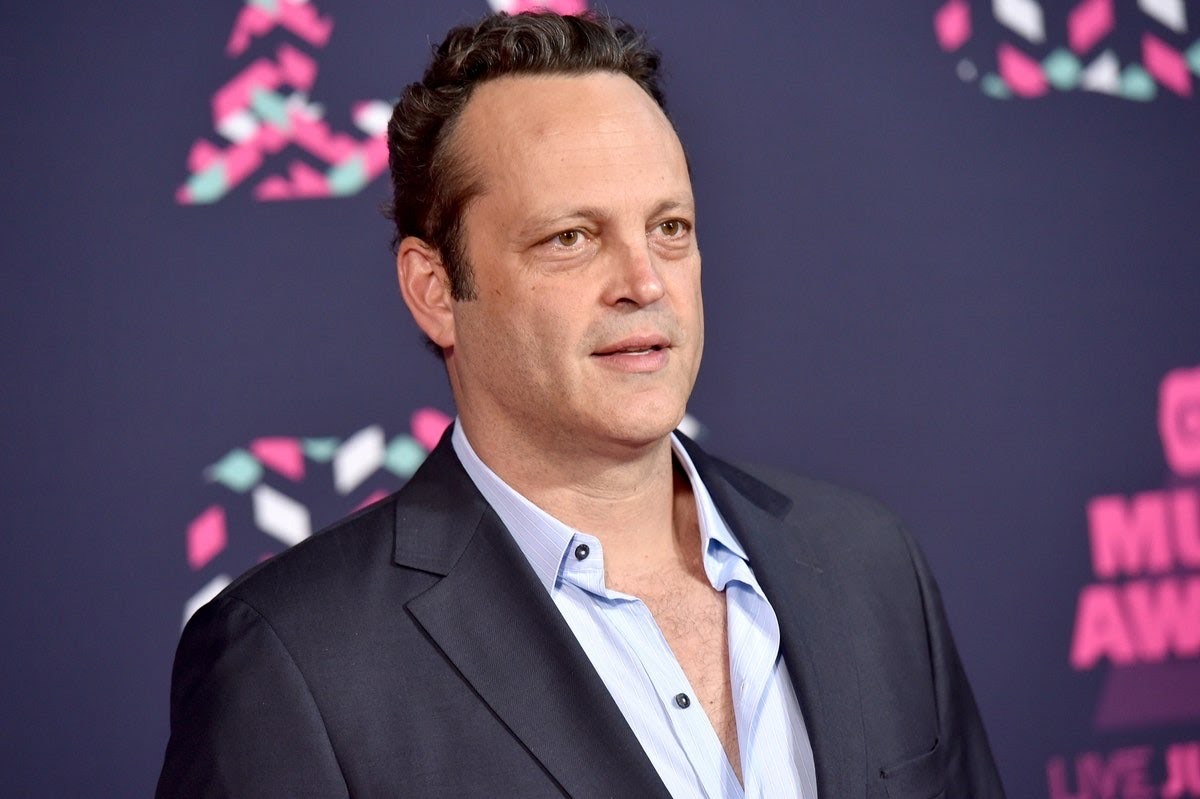 Lebanese-Canadian musician Carl Abou Samah, otherwise known as Karl Wolf, is an R&B artist born in Beirut. His parents were his biggest inspiration to become a musician, as his mother was a piano instructor and his father played the oud, derbake and guitar. Due to the civil war in Lebanon, his family moved to the UAE. 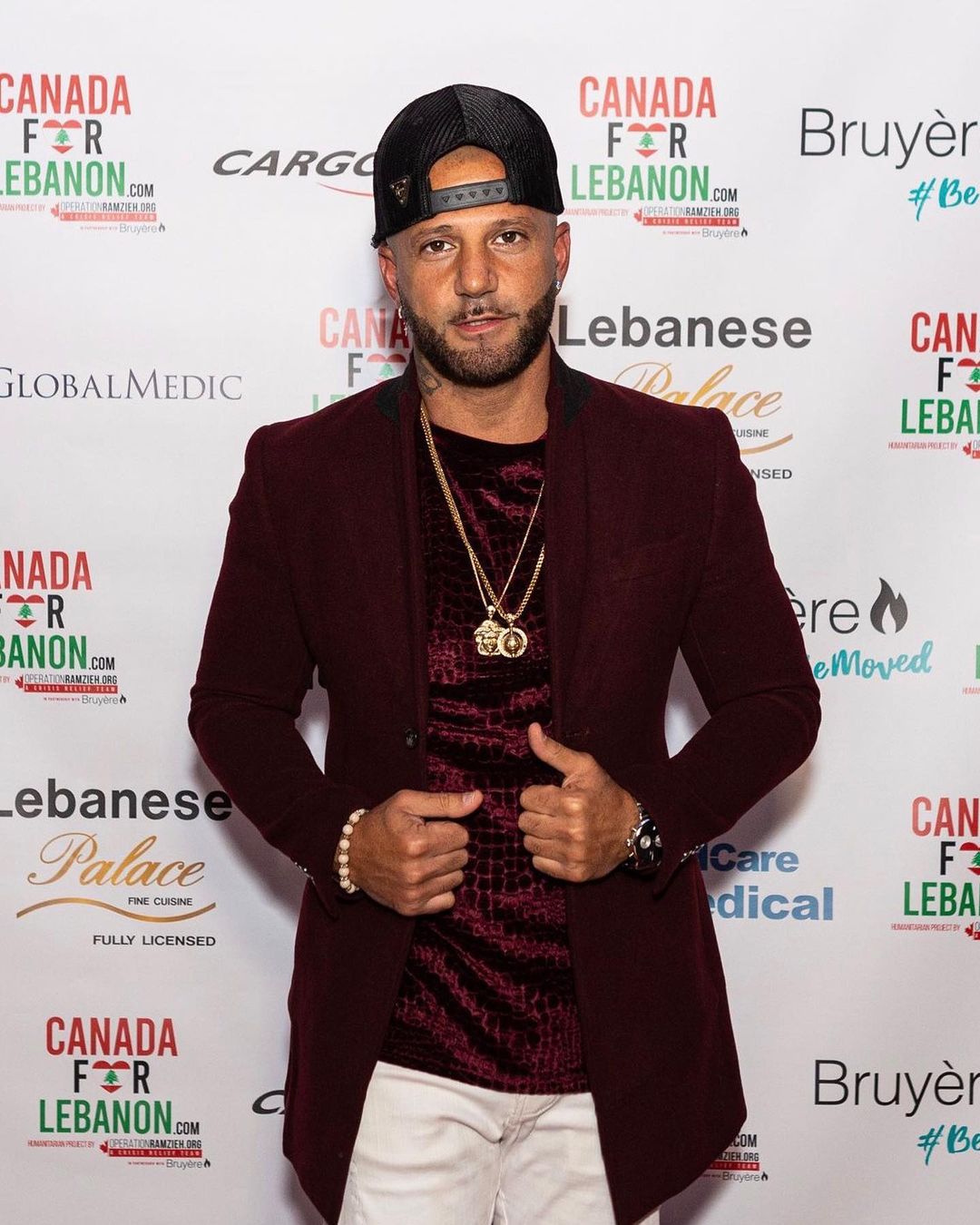 The ones you probably already know are Lebanese…

Amal Alamuddin-Clooney’s  Lebanese background probably comes as no surprise. This Lebanese-British lawyer, author and activist was born in Lebanon and raised in the United Kingdom, as her family fled the civil war when she was just two years old. She is co-founder of the Clooney Foundation for Justice alongside her Hollywood heartthrob husband, George Clooney. Alamuddin-Clooney has won many awards for her human rights work, including the 2022 Time magazine award for Woman of the Year. 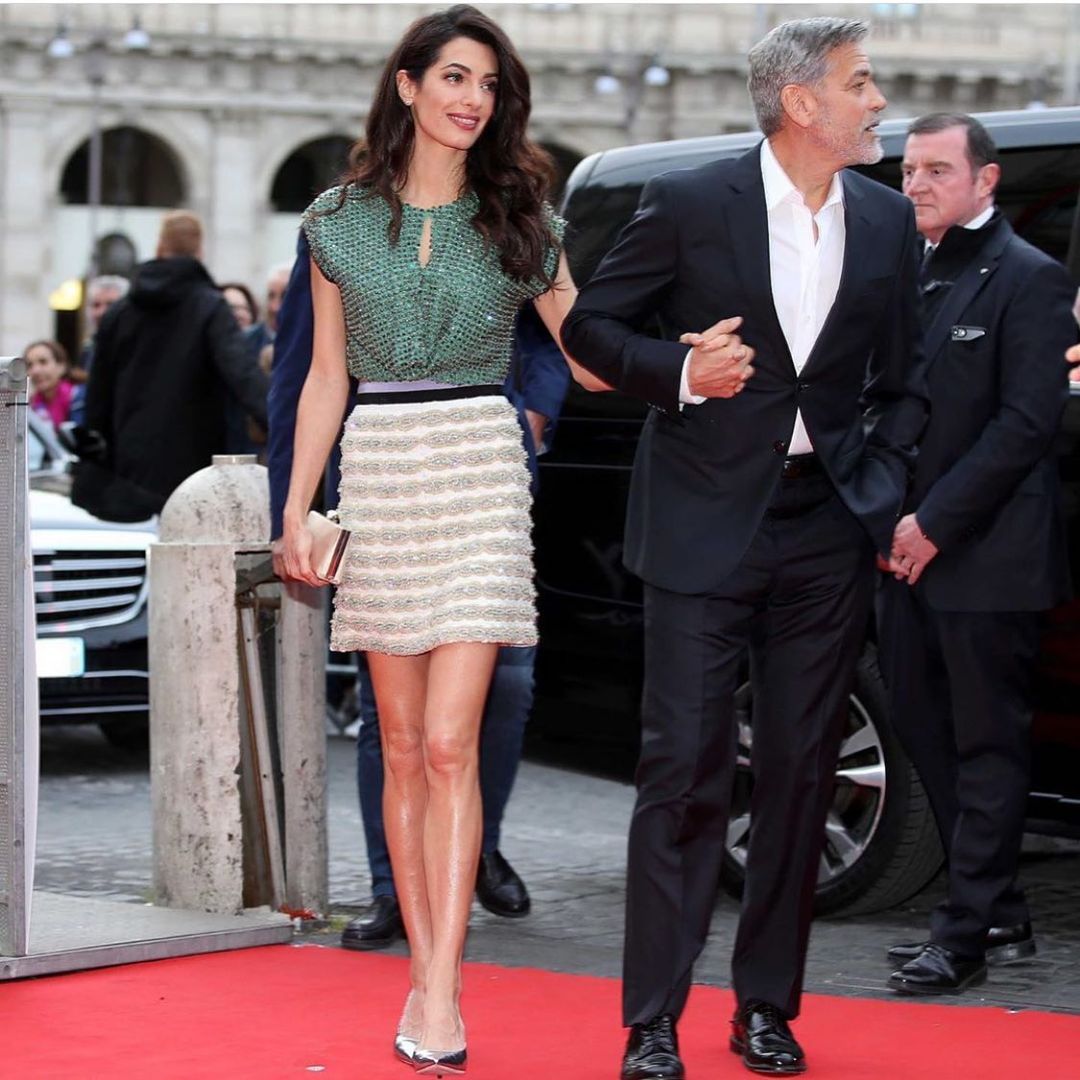 Born in Beirut to a Lebanese mother and an American father, Michael Holbrook Penniman, also known as Mika, is a singer and songwriter. He is also a judge and mentor on the French version of The Voice and the Italian version of X Factor. Mika has participated in numerous charity events and concerts over the course of his career. He most recently performed “I love Beirut,” to raise money for those affected by the Beirut Port explosion. Over a million dollars were donated through the fundraiser. 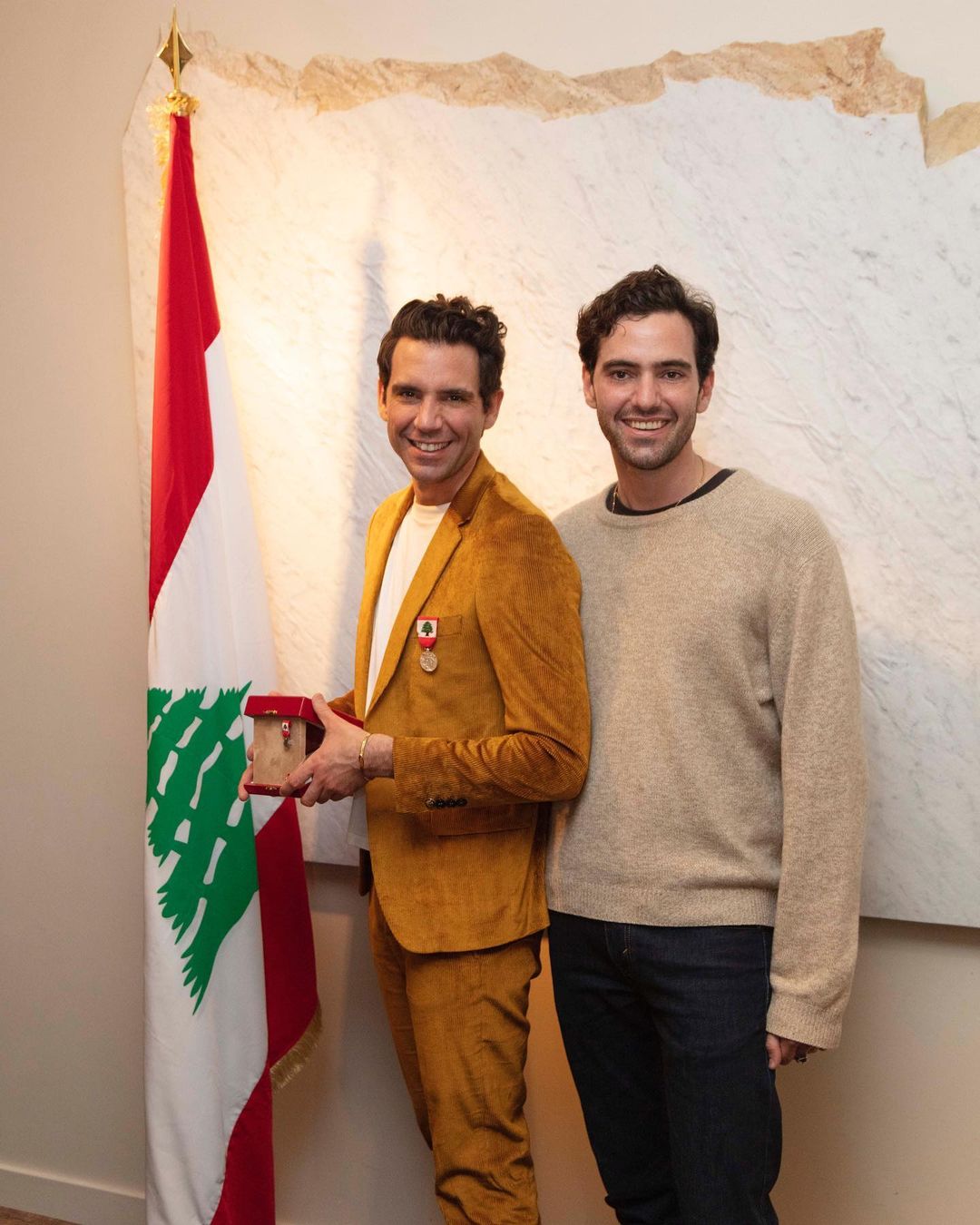 Massari, whose real name is Sari Abboud, is a Lebanese-Canadian R&B and pop singer. Born in Beirut, Massari’s popular music combines Middle Eastern melodies with Western beats. The artist has visited Lebanon in the past, where he has held a number of sold-old concerts. 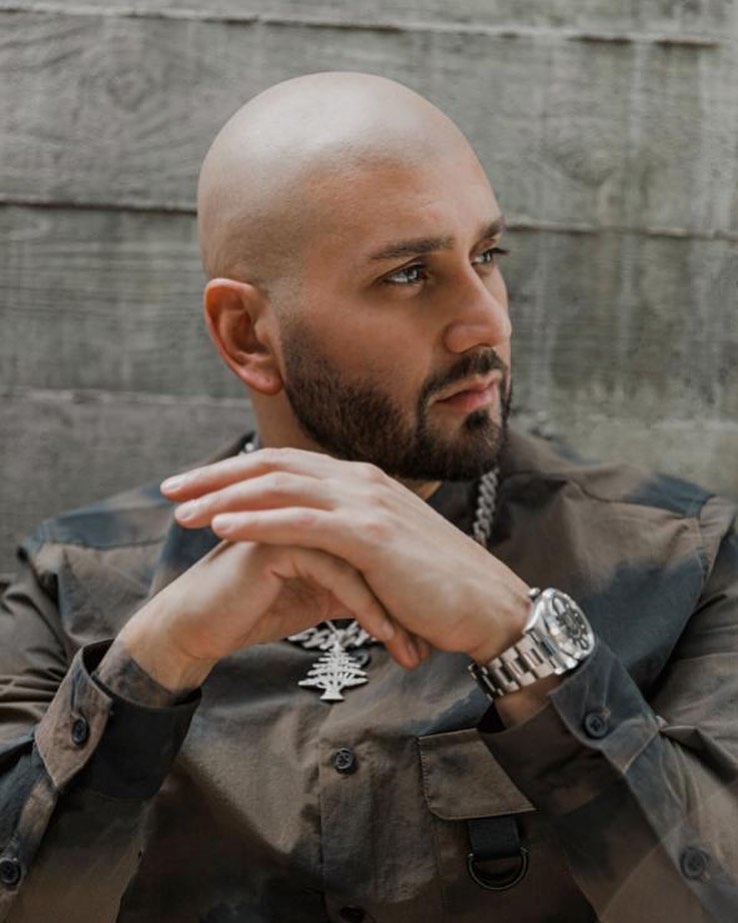 Keanu Reeves rose to stardom with roles in the science-fiction series The Matrix and the John Wick film series. But did you know that this box-office star was born in Beirut to an English mother and Asian-American father? Reeves only spent the first three years of his life in the Lebanese capital before moving to Sydney. 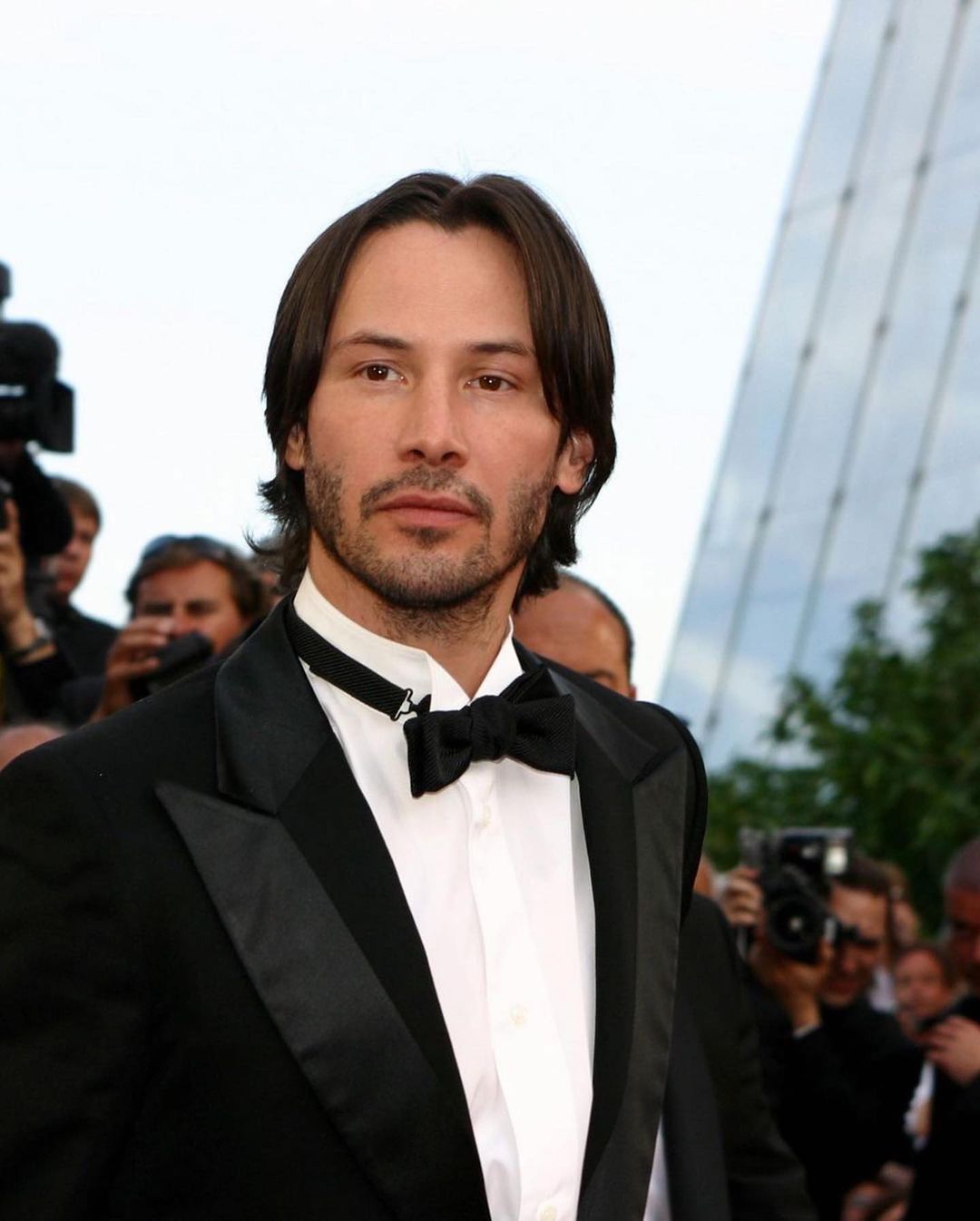 The Queen of Latin music, Shakira, whose full name is Shakira Isabel Mebarak Ripoli, was born and raised in Colombia. The songstress has often credited her Lebanese roots as a powerful inspiration on her and her music, which fuses Oriental and Latin sounds. In 2018, Shakira famously held a concert in Tannourine, the northern Lebanese town where her paternal grandmother grew up. 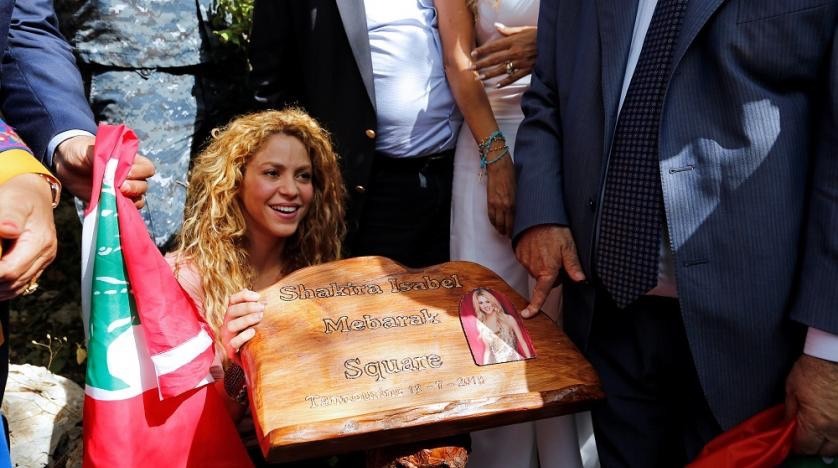 Hollywood actress Salma Hayek has a multicultural background. She was born in Mexico to a Lebanese father, who hails from Baabdat. In 2015, she made a symbolic trip to Lebanon to promote the film The Prophet, which is based on Gibran Khalil Gibran’s famous work. 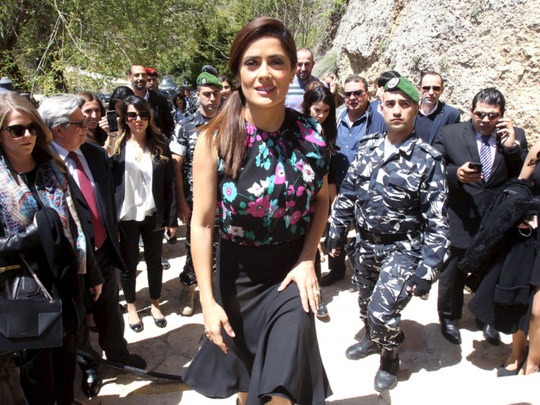 How We’re Running Through 2023 with Adidas Lebanon