WHAT’S TRENDING ON LT
5 Ultimate Spring Road-Trip Destinations
10 Things to Do in Chouf
5 Things Foreigners Should Do in Lebanon
The History Behind Beaufort Castle
Beirut’s Mesmerizing MIM Museum
10 Photos That Will Make You Fall in...
Mini Guide to Chtaura
10 Things to Do in and Around Zahle
Lebanon’s Five UNESCO World Heritage Sites
5 Ultimate Tips for Your Next Camping Trip
Editor's PicksExplore LebanonForests & Nature ReservesMini GuidesNorth LebanonRegionsThemesWhere to Go 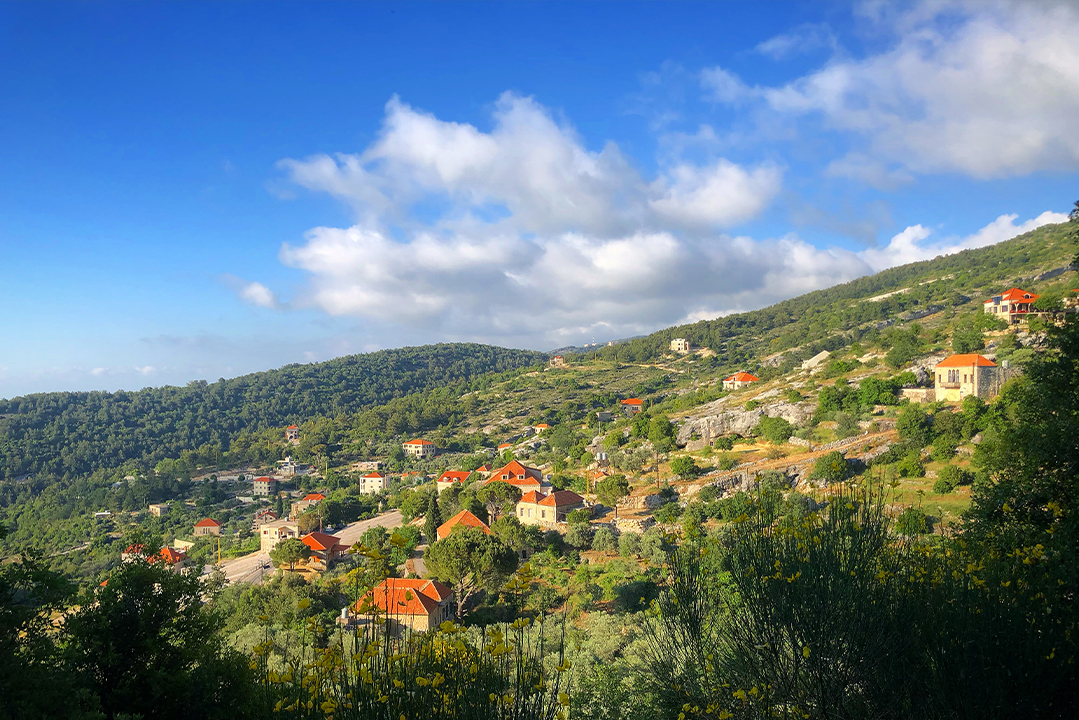 Nestled in an untouched cradle of wild forests in the Batroun mountains, Hardine is the oldest Christian village in Lebanon and hometown of Lebanese saint Nimatullah Kassab, known as Al Hardini. We explore this remarkable place with explorer and adventurer Bruno Tabbal.

Hardine means “the religious district” in Syriac. Escape the city by taking a trip back in time to discover unique landscapes and countless stories, including that of Sarah — the first female Lebanese monk — and the 11 Hardini victims of the Titanic.

Take the highway northbound out of Beirut. Exit the Batroun highway interchange and take the Batroun – Tannourine highway. Exit left at Bsatine Al Ossi and follow the signs for Hardine.

Nature enthusiasts will feel at home in Hardine. There are numerous trails of different levels to enjoy nature, varied sceneries, forests, plains and cliffs. For serious hikers, a section of the Lebanon Mountain Trail (LMT) passes through the village as well. Alternatively, can simply stroll through the village at your own leisure. 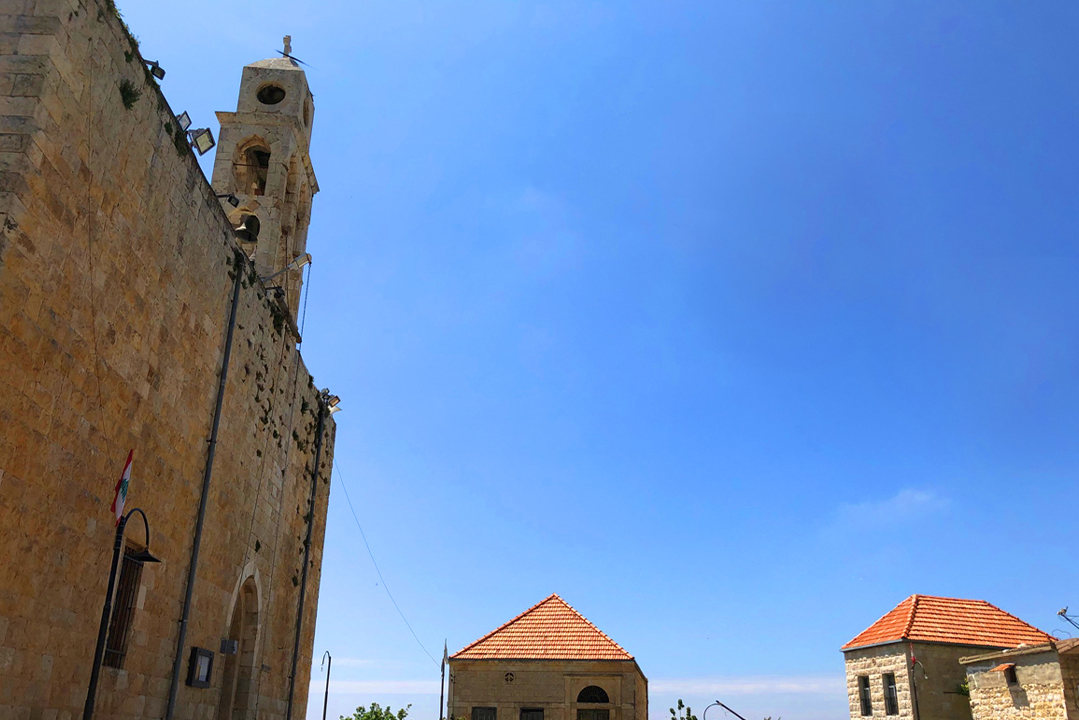 
For three centuries, Hardine was the headquarters of the Maronite patriarchate (Mar Sarkis el Karn). The village harbors more than 36 churches and monasteries, some built in medieval times, such as Mar Geryes and Edna (Yaacoubite and Maronite), Mar Tadros, and Mar Challita and Nohra. It is also important to visit the Saint’s house. Make sure you don’t miss out on Mar Fawqa and its grand oak tree, and the hermitage cells lodged in the Niha cliff. 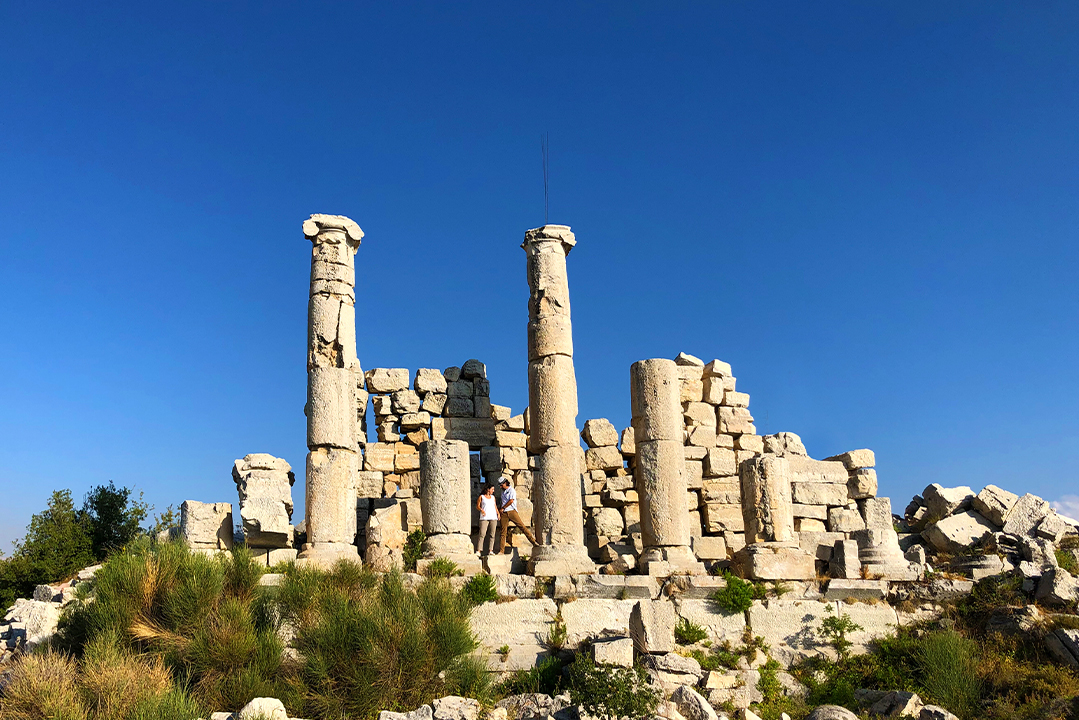 
After the hermitage cells and at the very top of the cliff stand the ruins of the Roman temple of god Mercury, with its 30 majestic pillars built according to the rare ionic style. This temple, known as the Roman Palace by the villagers, is dedicated to the god of travelers and trade Mercury. It dates back to the time of Emperor Hadrian Augustus (AD 117-137). Its unique position affords breathtaking views of the three districts of Batroun, Koura and Bcharreh all the way to the sea from Beirut to the Syrian coast. Occasionally, during a clear day, you can see as far as the Famagusta peninsula of Cyprus. 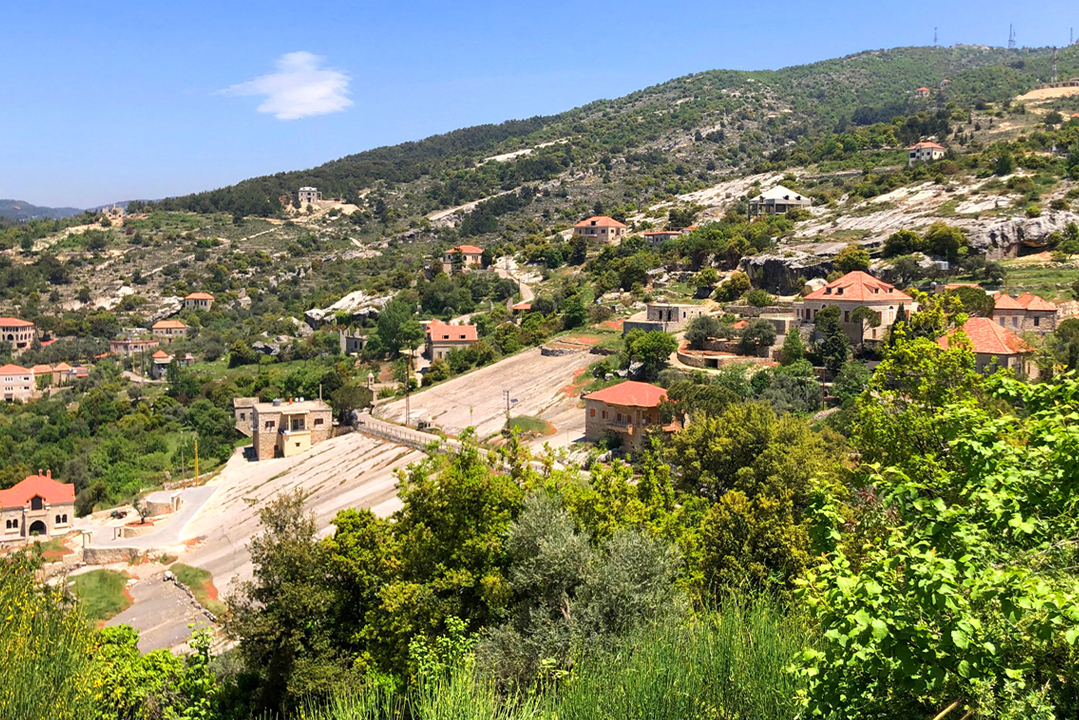 
Hardine is renowned for its 300-meter single slab (Blata) of grey limestone rock dating as far back as the Jurassic period. It impressively slopes through the village very evenly and conceals thousands of crustacea and shell fossils. You can still see remnants of “baydars” or terraces for grain sorting that villagers used to build on its flank. 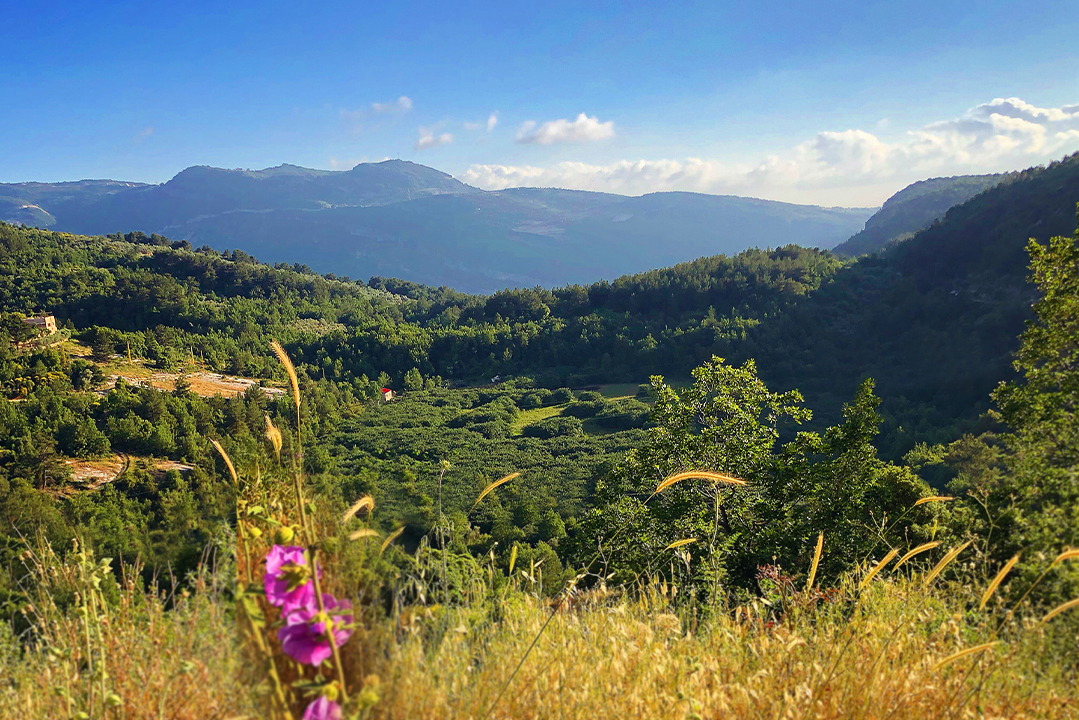 
Many people say that Hardine is famous for its quince jam because of its “Ram” field. The field is a plain located at the bottom of the village, which is covered with quince trees that villagers harvest in fall. The Ram is particularly beautiful in winter. The odd formation of the surrounding mound and the nature of the clay soil retain rain and the streams’ waters like a dam, transforming the plain into a lake throughout winter and most of spring. 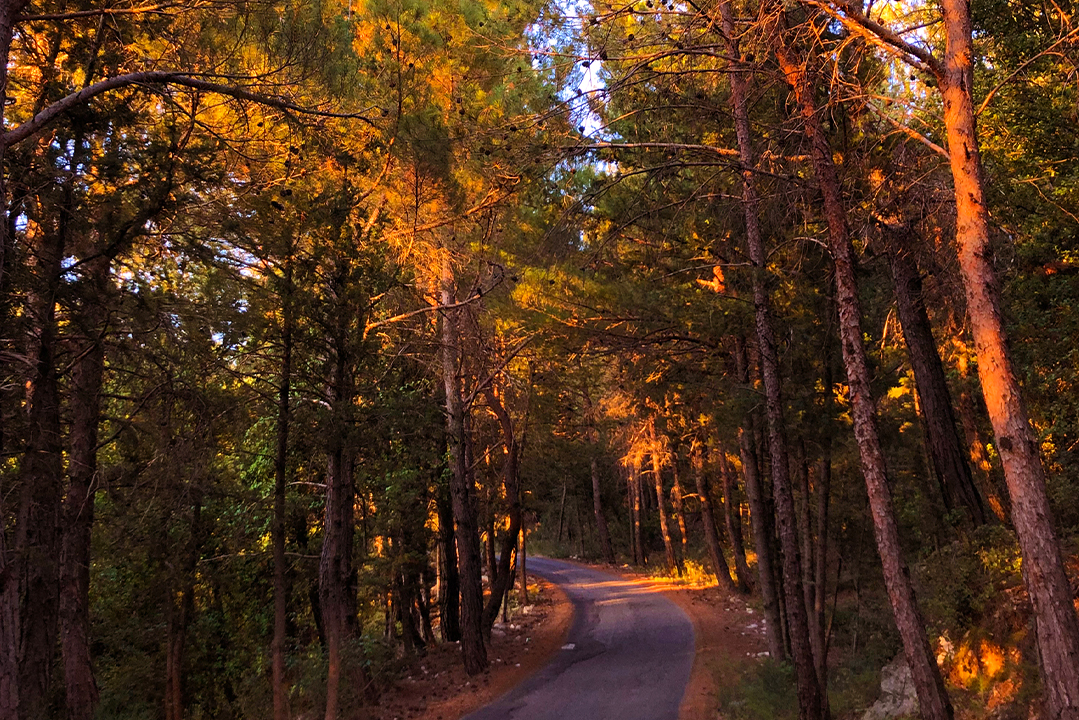 
This dense pine forest is on its way to becoming a nature reserve. It is home to rich flora and fauna. While hiking there, you can expect to see jackals, foxes, turtles, hedgehogs, rabbits and many types of birds and butterflies.


La Cave (+961 70 282 649) offers a mouthwatering variety of breakfast items, lahm baajin and simple Lebanese mezze. Make sure to call in advance — it isn’t open all year long — but they can always make food on demand. 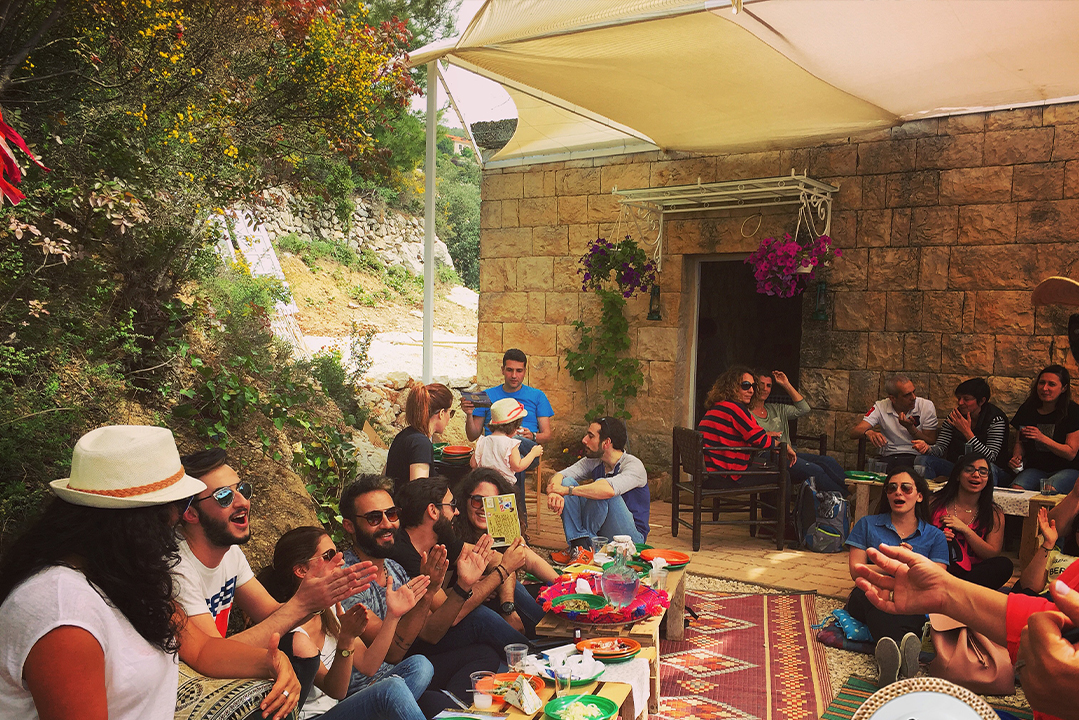 The Snounou initiative has made its headquarters in Hardine. It aims to organize seasonal rural events, including a guided tour of the village followed by a buffet lunch at various establishments according to the theme and season.


Hardini Inn (+961 6 770 500) is an old feudal mansion that has been transformed into a hotel in the Beit Kassab neighborhood of Hardine, just two minutes away by car and 10 minutes away on foot from the center of the village. It overlooks the Koura plain. The inn has 18 rooms (30 beds) and offers traditional Lebanese breakfast as well. 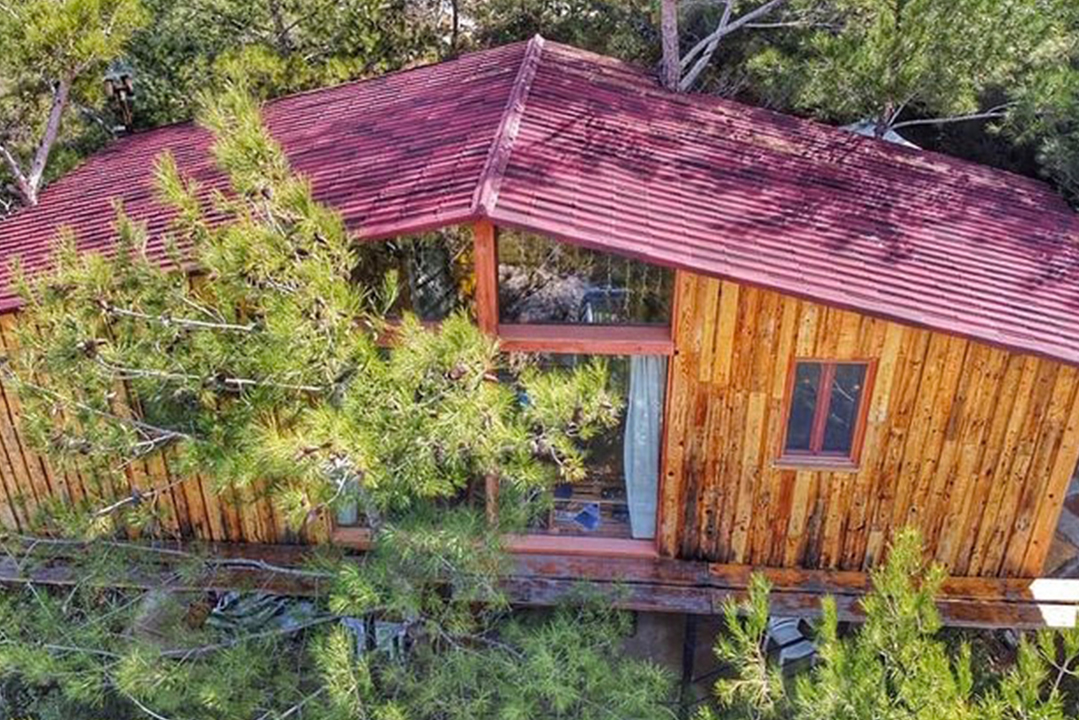 But if you are in the mood for an adventure, consider Hardine Tree House. This adorable wooden house is built entirely with recycled materials and is nestled in trees overlooking the Aassia forest. It can host eight, and even up to 13 guests in a cozy and warm atmosphere. The tree house is ideal for families, romantic escapes and solitary relaxation or with a group of friends.

Road Trips Around Lebanon We Can’t Wait to Take