WHAT’S TRENDING ON LT
Lebanon’s Five UNESCO World Heritage Sites
5 Ultimate Tips for Your Next Camping Trip
5 Places in West Bekaa Worth Visiting
Discovering the Beauty of the Cedars of God
La Datcha: Haven in Akoura
5 Things to Do in Akkar
Digging into Sidon’s History
Baalbeck: the ‘Sun City’
10 Things to Do in Anjar
Exploring Baskinta with Al Wadi Al Akhdar
BeirutExplore LebanonMini GuidesRegionsTrailsWhat to DoWhere to Go 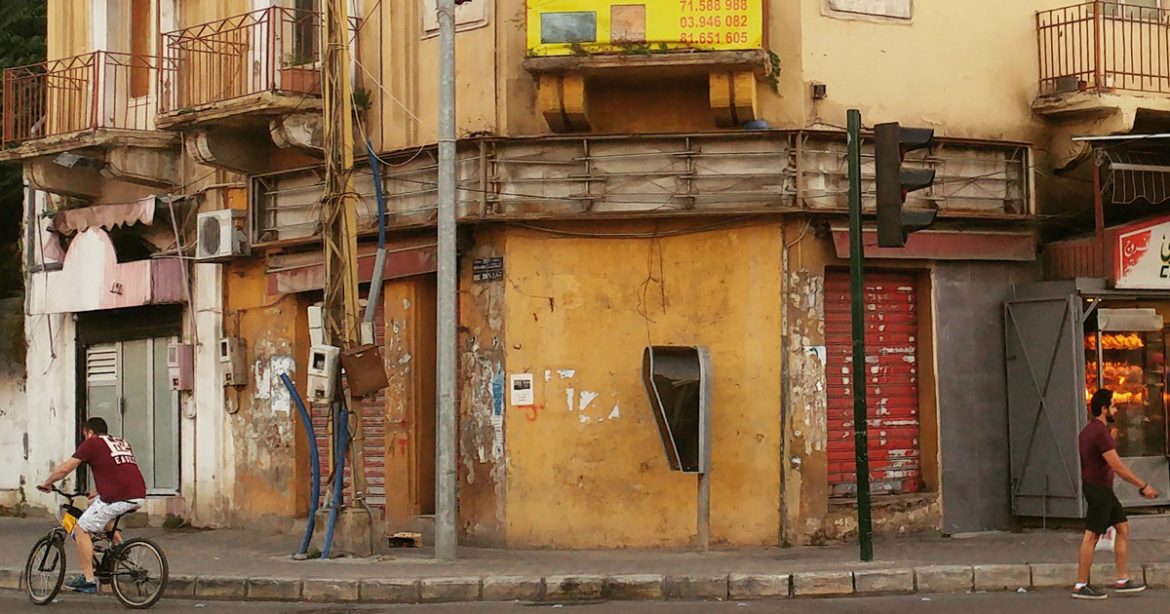 Stretching almost four kilometers, Independence Street is one of the longest thoroughfares in Beirut. Zawarib takes us on a walk to discover the area, from Bechara el Khoury Avenue to Ahmad Daouk Street, where we learn more about this historically significant yet undervalued part of the city. 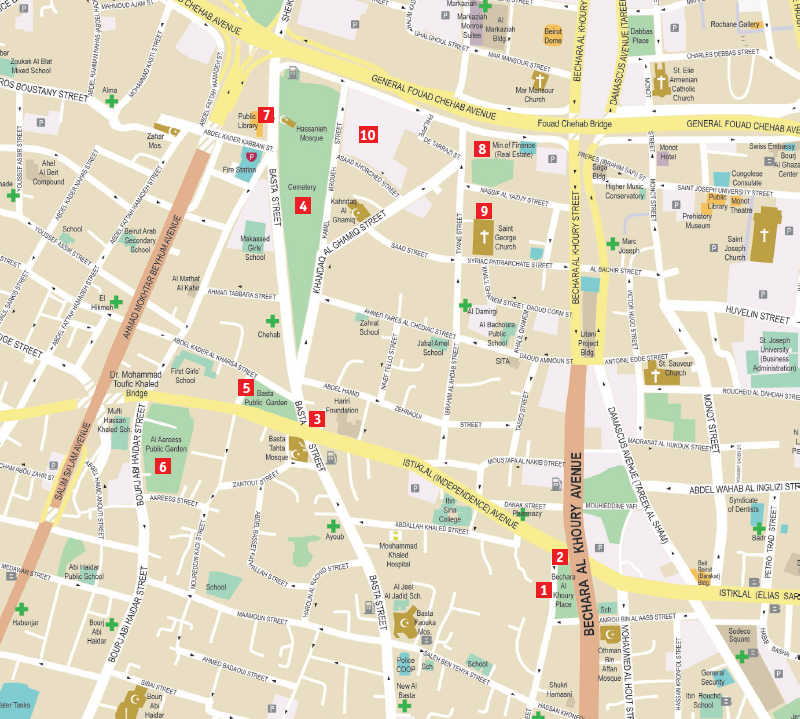 Encompassing the Basta and Bachoura sectors of the city, where one can find antique stores, an Ottoman cemetery, public gardens and a mishmash of old ornate architecture and new nondescript buildings, this part of the city also includes a crosssection of residents belonging to many faiths. Electric cables and telephone wires decorate the streets here more densely than in any other part of Beirut.

We start our journey at the imposing larger than- life statue of Bechara el Khoury (1), a metal and marble edifice that pays homage to the nation’s first president. After having served as Lebanon’s prime minister in the late 1920s, Bechara el Khoury was appointed president under the French Mandate in September 1943, and two months later imprisoned before being released to lead an independent Lebanon for the first time on November 22, 1943. 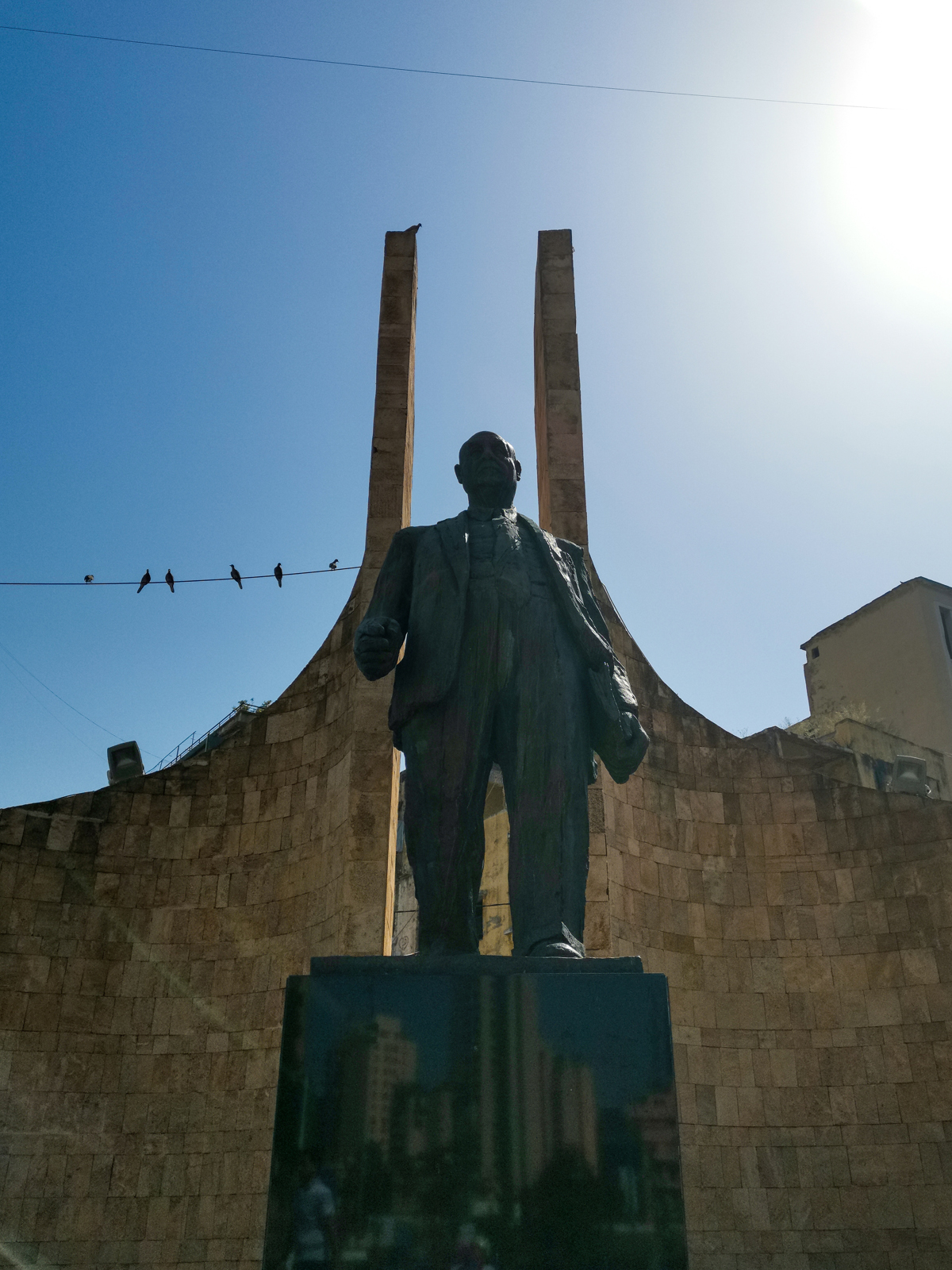 Not so long ago, before the creation of the twin underpass system, this was one of the most chaotic intersections in the city. From here you can have a clear view towards Sodeco, with the road gently sloping upwards, and the buildings of Monot and Sama Beirut dominating the skyline.

Walking in the opposite direction along Independence Street you’ll pass Chmaitelly (2), an established eatery for succulent farrouj (roasted chicken). In the distance, beyond the buildings on the main road, is an area dense with traditional villas built over a hundred years ago. Resplendent and decrepit, most now house migrant workers. 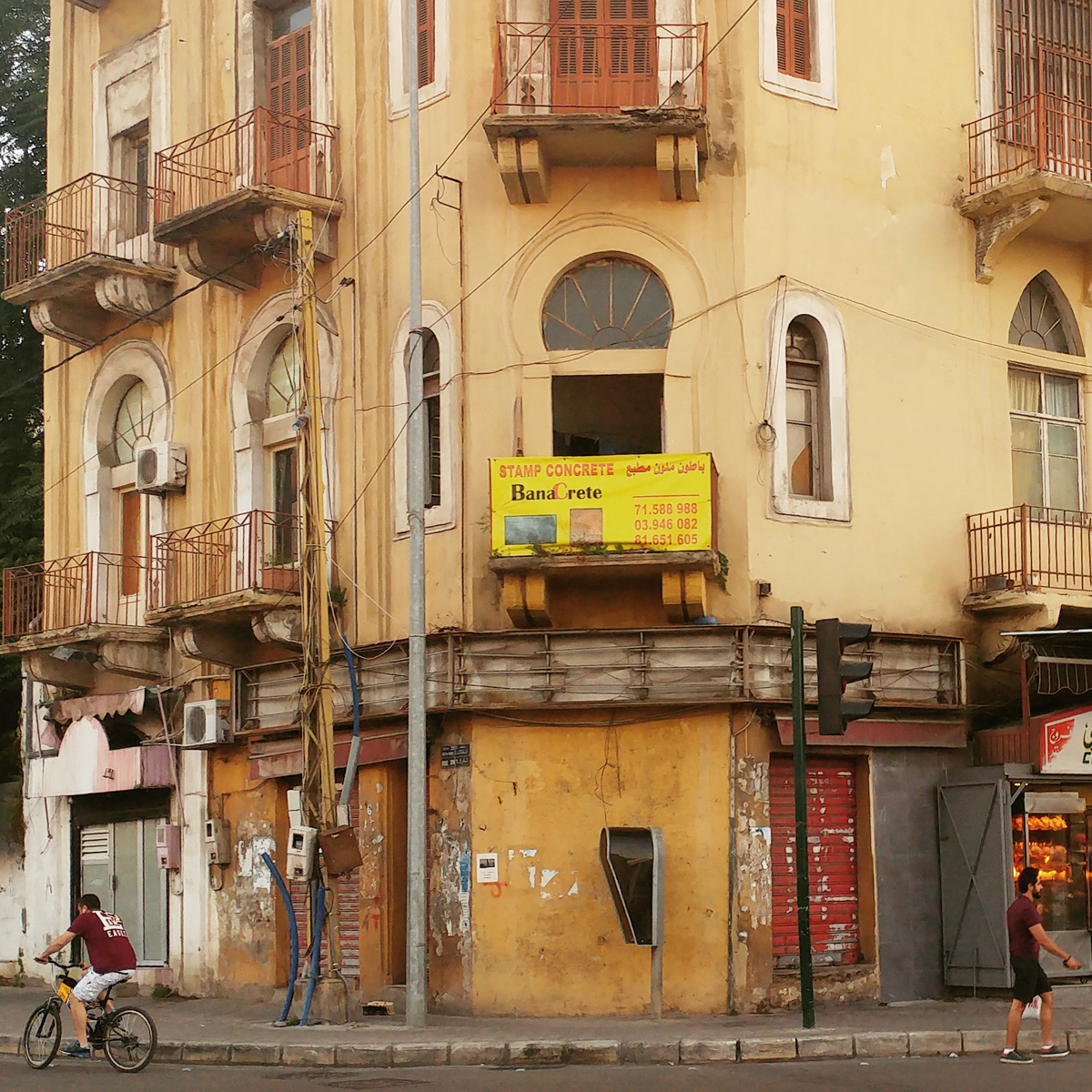 Soon after you’ll reach Falafel Khalifé (3), the first shop of the original king of falafel. The street is abuzz with boys on mopeds, vegetable carts, shoppers, cars and trucks. Sounds and smells emanate from all directions, yet Beirut’s blue sky remains clear. In the midst of this cacophony is Basta Cemetery (4), built during the Ottoman period on a triangular plot higher than the surrounding area. The tomb of the cemetery’s architect is beautifully enshrined with period columns and a discrete dome that is visible from anywhere in the vicinity. Nearby you’ll find Basta Public Garden (5), recently renamed Walid Eido Garden, and a newly opened public space called Hawd al Wilayeh Garden (6). Set on many levels with ramps and stone steps, Hawd al Wilayeh contains manicured trees and plants and a kids’ playground. 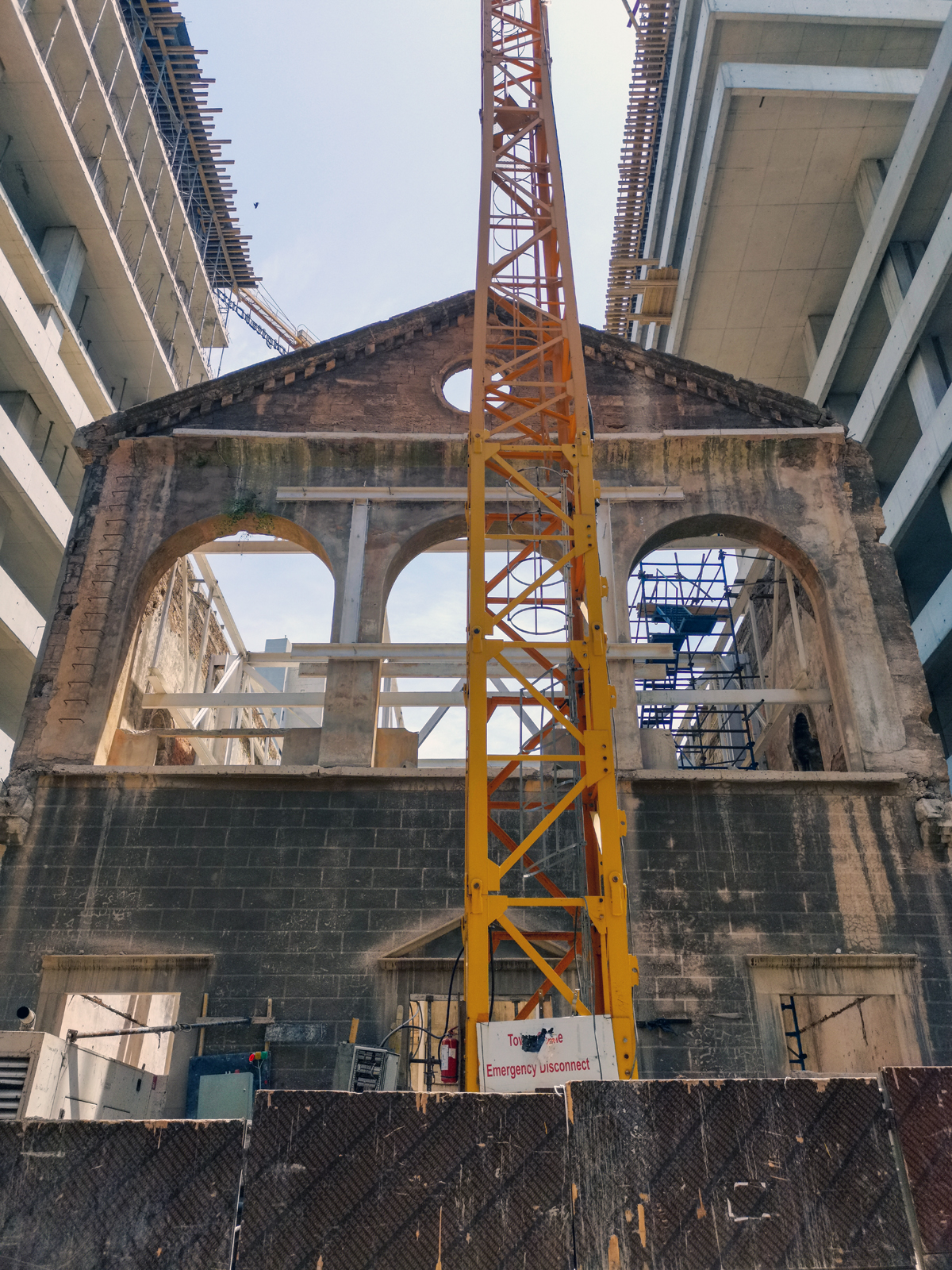 From here, before we get to Ahmad Daouk Street, is a road that leads down towards the fire station and the Assabil Public Library (7). This area is famous for its antique stores selling everything from retro radios to Ottoman divans; though nowadays visitors can expect to pay a hefty price for items as long gone are the days of the quick bargain. On the other side of the cemetery, named Khandaq al Ghammiq, is Bachoura. This area has witnessed considerable development over recent years with the Beirut Digital District (8) taking up a lot of the renovated and reconstructed buildings. Here you’ll findthe offices of Uber and Microsoft, trendy cafés and coworking spaces as well as the shell of Saint George Church (9) on Tyane Street, which is being renovated and is set to reopen next year. 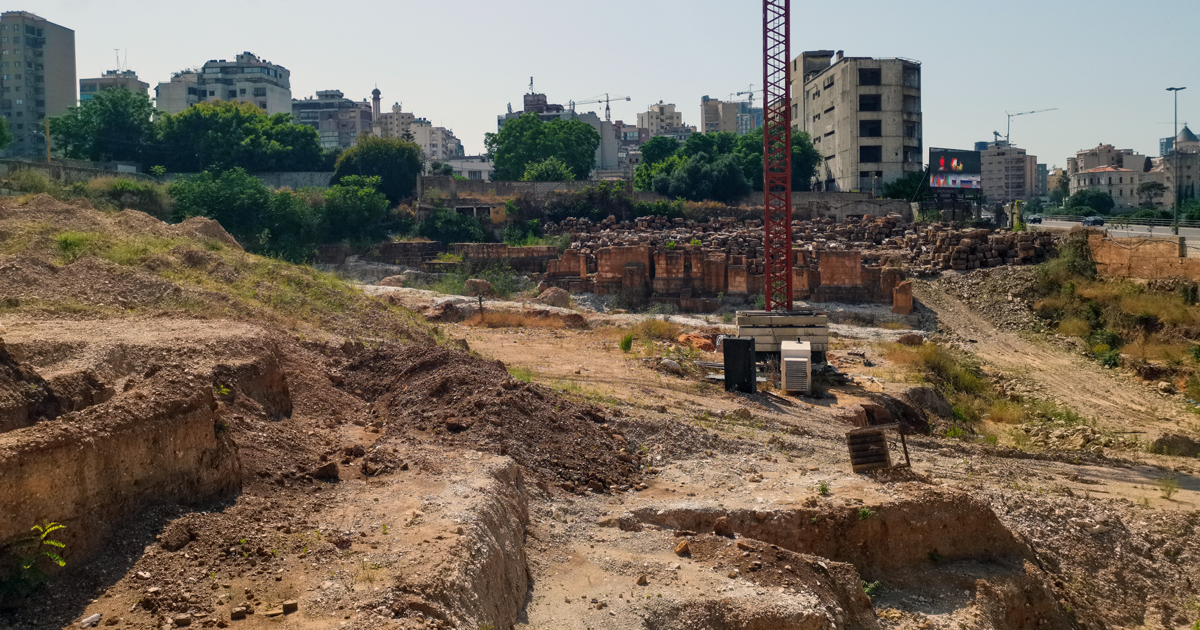 Nearby, however, a recent development foundation dig (10) has unearthed evidence of a city that existed during the Greco-Roman period, similar to that found in the neighboring Downtown area: a constant reminder that we are simply visitors in this eternal city that is constantly changing yet forever remains Beirut.

Take In The Magic Of Shouf At These Guesthouses