Note: You will receive the download link in your inbox.
Designers & CreativesPeople

New York-based Lebanese artist Nabil Nahas recalls his vibrant upbringing in Lebanon, his move to the US, and how his homeland continues to inspire his craft. 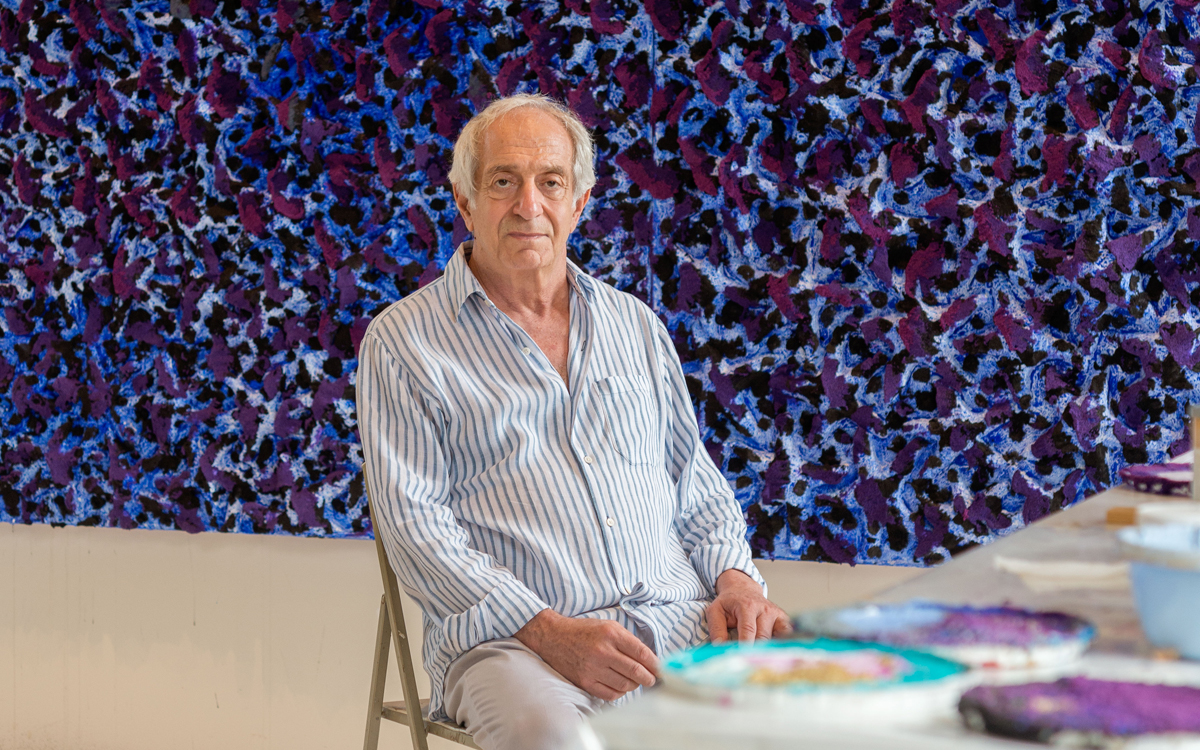 What are your fondest memories of being a teenager in Beirut?

Well, certainly not waiting at 6 am under the rain at Tabaris roundabout for the school bus heading to Antoura college. I still feel the chill in my bones… It is my only concern about the eventuality of reincarnation; please not again!

I have fond memories of my grandparents’ home in Ain Aar, a small village in the Metn mountains where I spent my childhood in a bucolic setting. I developed a great appreciation for nature: the pine groves clinging to rugged rocky hills; the native flora awaiting the September rain to flourish once again; the orchards surrounding the house; the pride Grandpa took in his beautiful peaches; and Grandma’s beautiful flower garden full of monarch butterflies. I also remember the fountain of the village, where the locals would fill their clay jars with drinkable water, and my grandfather’s silk factory located a bit further down. I now paint there.

I had a very dear childhood friend called Roy Sarrafian. He came from a wonderful, eccentric family and he made me discover the treasures of Basta when we were just 12 years old. We would go to Byblos every Saturday to look for amulets eroded from the cliff under Dunan’s house, and explore the incredible ruins. When I go back now the palm tree that was standing by the house is no longer there but the memories still remain.

How significant was art in your upbringing in Cairo and Beirut?

In Cairo, my parents were bourgeois collectors of mostly French paintings. My uncle Antoine Nahas — who was the leading architect in Cairo at the time — also had interesting pieces of art, including a major nude by M. Said I found fascinating. I must have been about six years old and every chance I had I would run upstairs to his flat to look at it; it had the most voluptuous breasts imaginable, and I would laugh and blush at their sight!

Which Lebanese artists were you influenced by early on and why?

At the age of 10, the Lebanese painter I was most influenced by was Yvette Achkar, who happened to be my mother’s first cousin. It was my first encounter with abstracted art; hers was determined, strong, dynamic, with a brilliant palette — she was my hero. 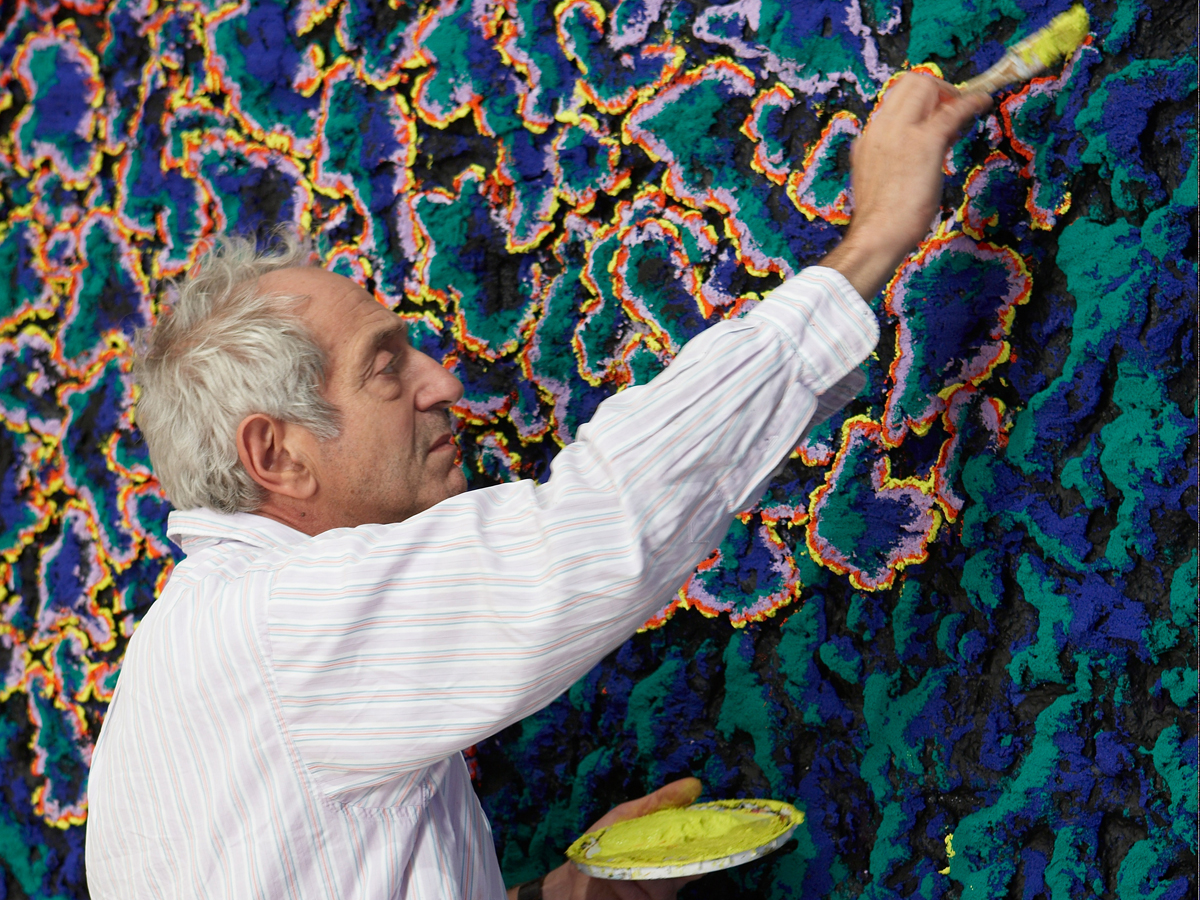 You moved to Louisiana to live with your aunt when you were just 19. Was it difficult adjusting to this new life away from the Middle East and everything familiar to you?

My aunt Fina, who lived in Covington Louisiana, suggested I come to Louisiana State University in Baton Rouge and then transfer to the university of my choice. Baton Rouge was familiar to me only as a name that popped up in my geography classes in Antoura as a major refinery town in the US.

New Orleans was very exotic and full of charm. The landscape was a new one for me: swamp, swamp and more swamp! Definitely not the Paris of the Middle East, but I very quickly succumbed to its charm. The campus was great, the people were friendly and the food was delicious, so I had a very good time.

After graduating with a degree in fine art from Louisiana State University, you went on to study at Yale University. What were the greatest life lessons you learned during this time, and how did this journey impact the artist you have become today?

My time at Yale was a great experience on so many levels. At the time, there we were only 12 students per year in the art school, so I was very privileged. New Haven’s proximity to New York, a two-hour train ride, made it possible to visit the Big Apple every Saturday and wander around the art galleries. Yale’s art gallery was a jewel designed by Louis Khan and hosted an exquisite collection of great art, including Van Gogh’s “Pool Table.” I got along very well with the faculty members, who saw me as some exotic bird. Every week there’d be a visiting artist from New York who’d spend the day with us, so it gave us the opportunity to meet them and realize that if they can make it then we can too. Larry Poons, who was a very big star at the time, would invite us to Max’s Kansas City, a popular spot for artists and the “in” bar at the time. Those were fun times and instrumental to opening the door to New York’s art scene.

Nature is a recurrent theme in your works, and you have painted cedar, pine and olive trees. How deeply are you inspired by Lebanon?

When I returned to Lebanon in 1993 after an 18-year absence, I was so overwhelmed by the landscape that I often wished I was a landscape painter. In 2006 in my NY studio, I found myself painting palm trees, cedar trees, cacti and olive tress. I’d never painted trees before, and it was like a new approach to landscape: painting portraits of different trees pertaining to the Lebanon. I was really enjoying myself and kept the work going in parallel with my fractal paintings. If I hadn’t returned to Lebanon I would have never painted these paintings; so yes, Lebanon is a great source of inspiration for me.

Your 2010 exhibition in Beirut was your first in the Middle East. What did it mean to you to bring your art to Lebanon?

Solidere generously initiated the project and built the Beirut Exhibition Center, designed by architect Makram El Kady,  to house the exhibition. It was a huge undertaking and the opportunity to see 50 years of my work.

The exhibition showed some of my very early works, which had not been displayed in Lebanon since my first exhibition at Brigitte Shehadeh’s Centre d’Art in 1973. Four of these paintings, dating from 1970, are currently exhibited at the Saleh Barakat Gallery in Beirut, and they look pretty good. The show was a comprehensive introduction of my work to the Lebanese public, and it was a great success. I was thrilled. 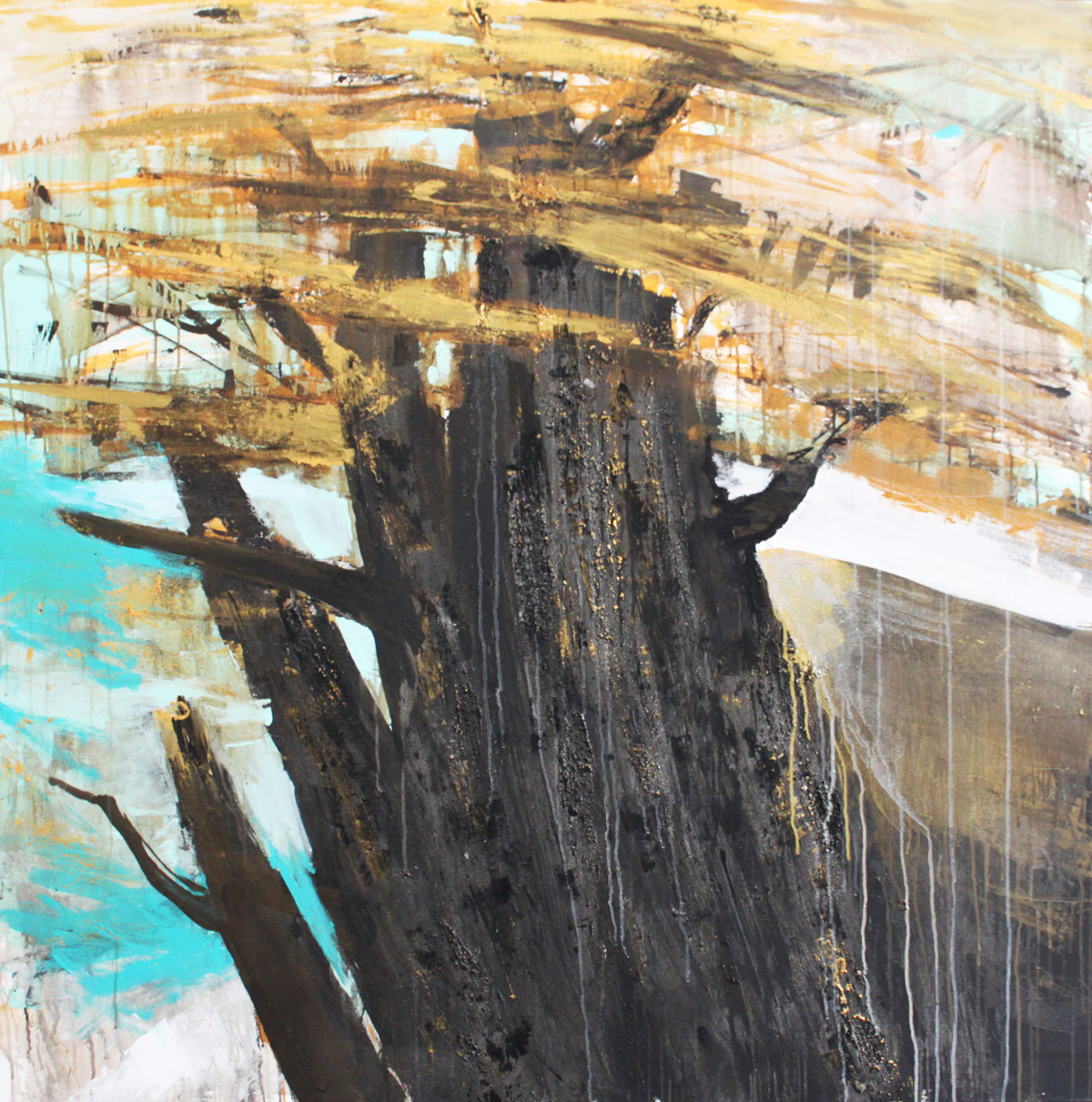 You were commissioned to paint a cedar tree to feature on a new Lebanese stamp. Tell us more.

I couldn’t believe it when I was asked to create a stamp to mark Lebanon’s 75th anniversary of independence. I was humbled and thrilled so worked on the cedar tree. Fortunately, it turned out quite well!

A nice ceremony was held at the Grand Serail followed by an auction of the painting used for the stamp, which was hosted by the Sursock Museum. The proceeds were donated to the families of the fallen soldiers of Arsal. I was delighted by the whole event.

You live between New York and Beirut. What does being Lebanese mean to you?

As I have always said, being Lebanese is a privilege. This tiny country has been at the forefront of history for millennia and some of it’s people are still roaming the planet making a difference in myriad fields.

What do you enjoy most about coming “home”?

What I enjoy most about coming back to Lebanon is reconnecting with the land, the mountains, the forests, the native flora and Lebanon’s indelible link to a glorious past witnessed through its archaeological sites. I also enjoy seeing some very dear friends.

6 Events To Clear Your Mind This Weekend