Note: You will receive the download link in your inbox.
Art, History & CultureThings We Love 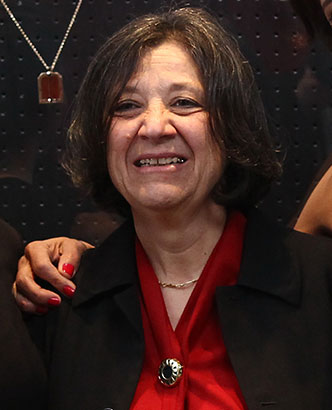 Jewelry is one of Lebanon’s foremost industries with artisans that are both gifted and skilled. But, as many young jewelry designers know, there aren’t many outlets to promote their creativity. The concept behind Dehab gallery says Simone Kosremelli was to create a permanent space to do so

An art gallery with a distinct architectural design, Dehab is located in Beirut’s trendy Gemmayzeh district. Simone Kosremelli, the gallery’s art director, is a jewelry designer herself, though she trained as an architect. Her designs form a permanent part of the gallery’s exhibition. “In Lebanon, we have very fine workmanship but the production is totally commercial. I wanted to create a body of Lebanese designers with a place where they can display publicly,” says Kosremelli. “We have the workmanship, we have the designers – so I thought, let’s try to do something different.”

The response to the gallery has been positive. People like the idea of treating jewelry as art. “Historically it was like this,” she points out, “if you go into the tombs of the pharaohs you would find beautiful jewelry that are regarded as pieces of art, and I believe we are going back to that.” Solo, as well as group shows with specific themes are launched every five or six weeks.

” There are world famous Lebanese fashion designers, maybe the same could be true of jewelry designers, “

While group exhibitions showcase the work of young designers who are just starting out, solo exhibitions will feature more prominent ones. Dina Kamal, Nayla Arida and Raissa Traboulsi, Wafa and Sonia Twal, Georges Doche and Kosremelli have exhibited at the gallery, which takes its name from the Arabic word for gold. Dina Kamal’s first jewelry collection, The PNKYRNG Collection, re-defined the shape of the signet ring through a contemporary and architecturally informed aesthetic. The two young designers, Nayla Arida and Raissa Traboulsi, showcased their handmade Animalism Collection, expressing a multitude of emotions with an intuitive sense of detail and a love of colors. Jordanian jewelry designers, Wafa and Sonia Twal, incorporated mosaic art into their design, intended for both men and women. Georges Doche, a Lebanese artist, created jewelry in the same vein as his paintings, a fusion of gold and colors.

Kosremelli’s latest collection, Forget-Me-Not, is a series of blue agate pendants, each of which has a space on the back to put a picture so that the wearer can carry it close to their heart. Her collection also includes her trademark cubic rings with a hole through each of the six sides so that they can be worn any way around. Some of her pieces are one-of-a-kind, designed around an individual stone while others, such as the cube rings, are limited edition with only five available in each metal.

“There are world famous Lebanese fashion designers, maybe the same could be true of jewelry designers,” she says.

8 Images Paying Tribute to the Lebanese...

20 Powerful Before and After Photos of...