WHAT’S TRENDING ON LT
5 Ultimate Spring Road-Trip Destinations
10 Things to Do in Chouf
5 Things Foreigners Should Do in Lebanon
The History Behind Beaufort Castle
Beirut’s Mesmerizing MIM Museum
10 Photos That Will Make You Fall in...
Mini Guide to Chtaura
10 Things to Do in and Around Zahle
Lebanon’s Five UNESCO World Heritage Sites
5 Ultimate Tips for Your Next Camping Trip
Hotels & ResortsLT LovesNews & Editor's PicksPeopleTrendingWhere to Sleep 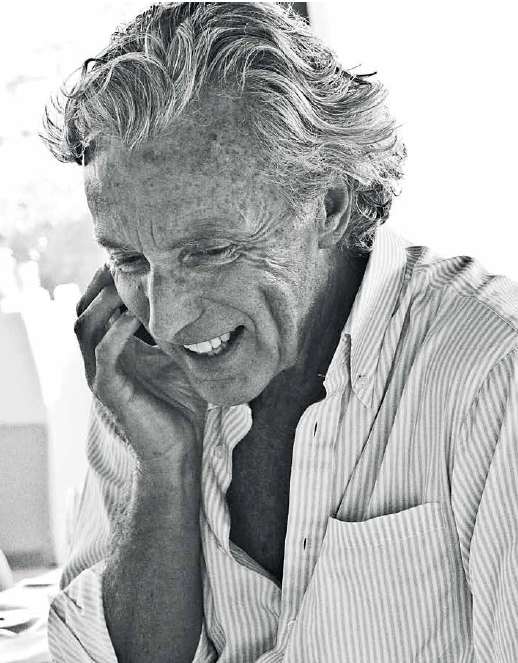 It took Gordon Campbell Gray just one visit to Beirut to fall in love with the city. A Scottish hotelier and entrepreneur, he is now a passionate leading figure in the Lebanese hotel industry and a staunch supporter of the country. We grabbed a seat with the man himself to find out what brought him to our glistening shores.

Gordon Campbell Gray stands by the fact that he did not pick Beirut, but Beirut picked him. It all started when the Abchi family, who were in the process of building a hotel that would later become Le Gray, stayed in Campbell Gray’s hotel in London. “They asked me if I would ever consider a property in Beirut,” he recalls. “I said, never.”

But after a visit to the country, a dinner at Chez Sami, and a night at Music Hall, he quickly changed his mind. “I loved the people, the country, the generosity, and I liked the hotel’s site. Then I said to myself it could be a true adventure.”

The hotel opened its doors to the public in 2009. The first years of operation exceeded Campbell Gray’s expectations, despite all the obstacles and the country’s instability. “A lot of people thought I would run away, but I didn’t. I fell in love with Beirut,” he explains. The hotel achieved instant success, and exceeded all expectations.

Le Gray has attracted a large number of tourists, who connect with the property and its owner. “Foreigners resort to our hotel. They feel safe with me being here. I honestly feel safer in Beirut than I do in New York.”

It is clear that the capital has well and truly won the Scotsman’s heart. “Between me and Beirut, it was a love affair. Like all relationships, there are cracks, but they are repairable. A city by the sea is pure magic. This is how I see Beirut.”

5 Things to Do in Akkar El Atiqa