WHAT’S TRENDING ON LT
5 Ultimate Spring Road-Trip Destinations
10 Things to Do in Chouf
5 Things Foreigners Should Do in Lebanon
The History Behind Beaufort Castle
Beirut’s Mesmerizing MIM Museum
10 Photos That Will Make You Fall in...
Mini Guide to Chtaura
10 Things to Do in and Around Zahle
Lebanon’s Five UNESCO World Heritage Sites
5 Ultimate Tips for Your Next Camping Trip
Religious SitesThemesThings to doWhere to Go 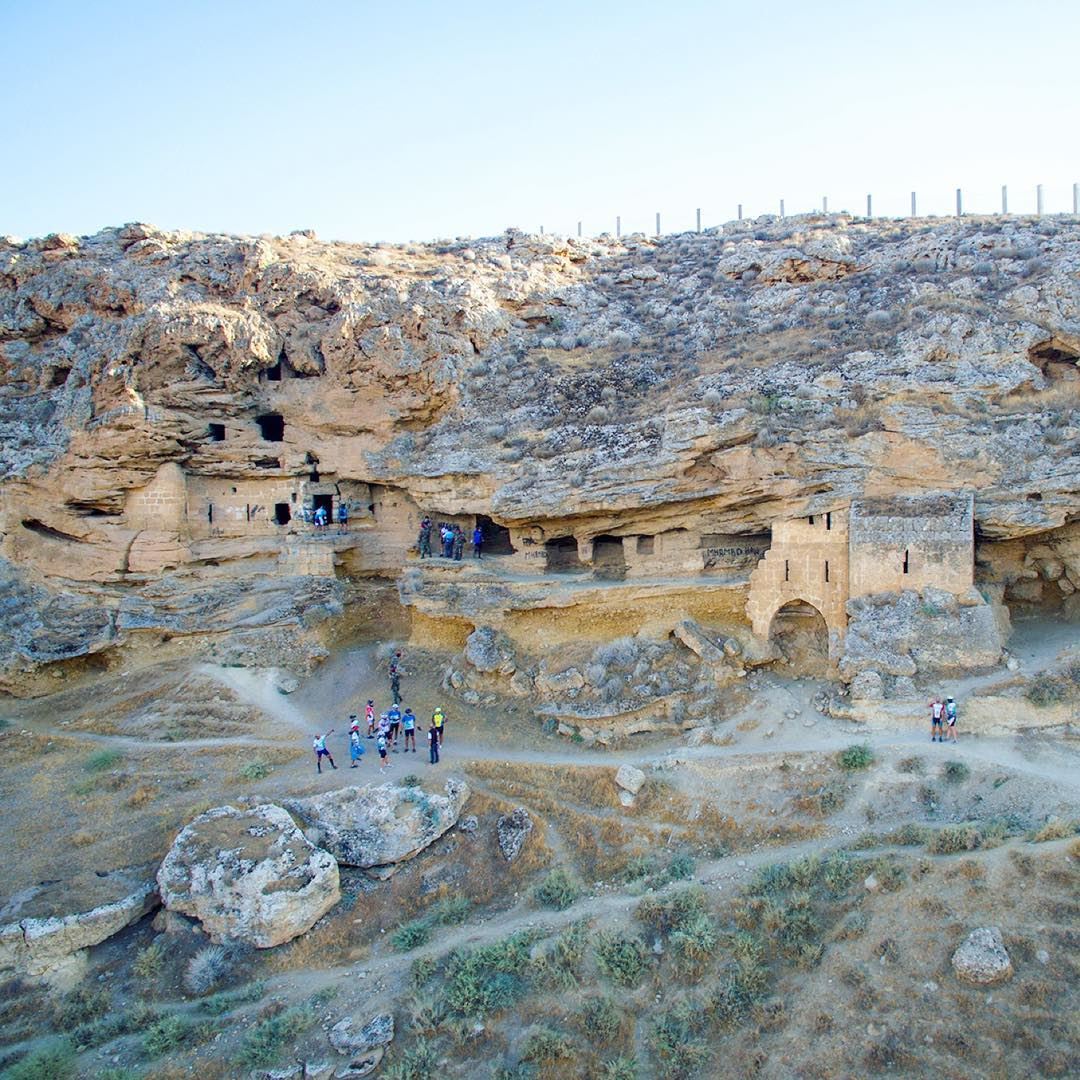 Religious anthropologist, researcher and founder of NEOS Tourism consultancy Nour Farra-Haddad takes us to discover a historical and religious site in the heart of Hermel — Deir Mar Maroun.

Nestled in the cliff, Deir Mar Maroun is an impressive military structure from the Medieval period that is today an important touristic destination and pilgrimage site for Christians and Muslims alike. It is widely accepted that the site is linked to Saint Maron, who founded the Maronite Christian sect in the fifth century, and served as a temporary refuge for his successors.

Hermel is a town northwest of Baalbeck, 140 kilometers from Beirut. The region is known for its picturesque landscapes. A few hundred meters from the source of the El-Assi River (Orontos) lies a fortified structure in the cliff known as the Monastery of Saint Maroun (Deir Mar Maroun), but this cave also has three other names. It is known as Mougharet Al Raheb (Cave of the Monks) because it is said that Saint Maron hid there during the time there were disputes between the various Christian denominations. It is also called Kaser El Bounat (Palace of the Builders) in reference to the builders and engineers who settled there around 200 BC and in the Roman period. Finally, some know the site as Kaser El Banat (Palace of the Girls), which refers to a group of nuns who fled northern Syria and took shelter in the cave at the beginning of the seventh century due to the persecution of Christians.

This amazing three-level cave is cut into sheer rock that is more than 90 meters high. The site is made up of an altar, staircase and small cells carved from the rock. According to some historians, Roman engineers were the first to inhabit the site, staying in an opening they carved into rocks while they worked to irrigate the surrounding areas.

In the fourth century, Saint Maron, a Syriac monk, is said to have inhabited the cave. He was later joined by others, who became his students. It was at this time that the Maronite sect was founded. After the monks left the cave, the area fell under the control of the Mamluks and the Ottomans. It was subsequently abandoned. The fortified monastery suffered from earthquakes, erosion and vandalism.

In more recent times, the monastery has become a pilgrimage site for visitors of all religions. Although disputes over its ownership have slowed down the restoration process, the site has been cleaned and signposted trails have been added.

Who was Saint Maron?

Saint Maron was born in Cyrrhus, a small town near Antioch, around 350 AD. He left his family and ascended to the top of Mount Nabo, where he lived outdoors, converted a pagan temple into a church and spent his time praying, fasting and working. He could heal the sick and exorcise the devil through prayer. Saint Maron not only healed the wounds of the body but also those of the soul.

During his life, Saint Maron had many disciples, including: James of Cyrrhus, Limnaeus, Domnina, Cyra, Marana, Abraham the Hermit, the Apostle of Mount Lebanon. He died around 410 AD. Although it is not confirmed, some believe that Saint Maron is buried in Brad, a village north of Aleppo, Syria. It is also said that his skull was transported and placed in the monastery of Saint Maron, Kfarhay (Batroun), then taken to Italy in the seventh century only to be brought back to Deir Mar Youhanna in Kfarhay, Lebanon, by the Maronite Patriarch Beshara El Rai.

Every year, the religious feast of Saint Maron is celebrated on February 9.