Note: You will receive the download link in your inbox.
Editor's Picks

The Brothers Who Cycled the Lebanese Mountains in Three Days

More than ever, people are cycling in the Lebanese mountains — some are even breaking records. We spoke to winemaker Maher Harb and his brother, Wael, to learn more about their recent cycling adventure and why we should all experience Lebanon by bike. 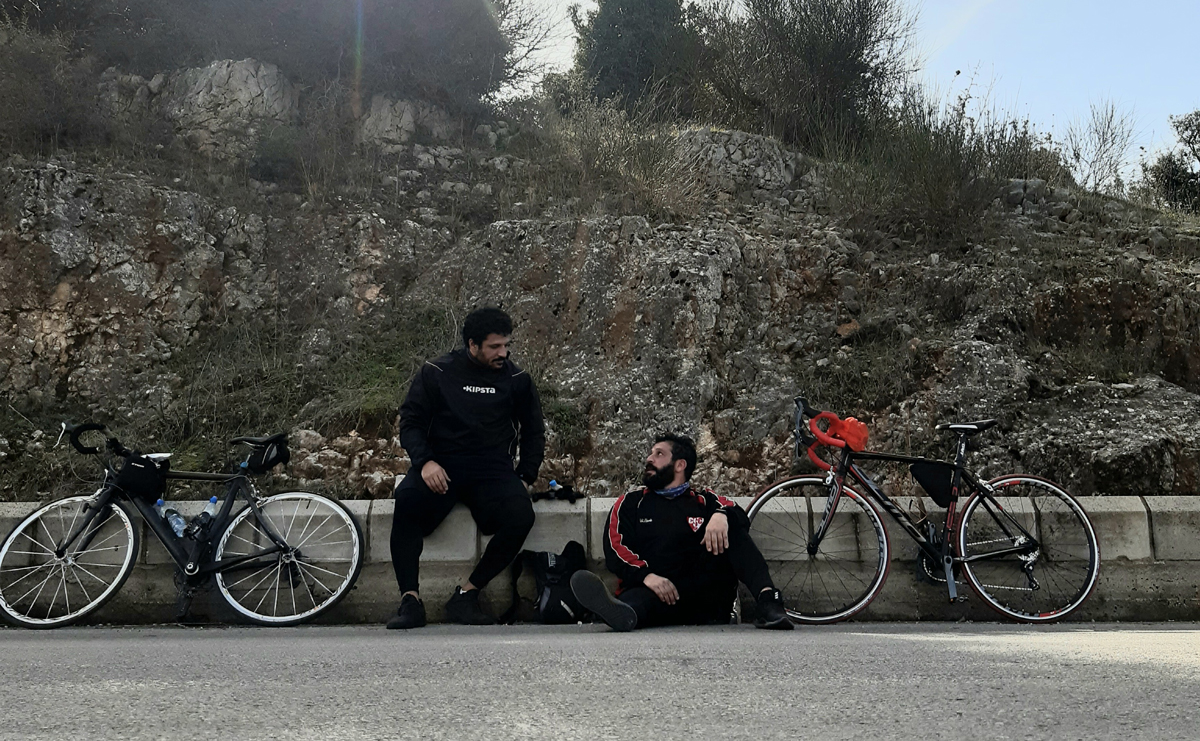 What can you tell us about your passion for cycling?

Maher: My relationship with cycling started when I was living in Paris and commuting by bike. In 2008, I decided to cycle from Valence to Marseille (380 km) for three days with my friend. It was part of the Tour de France. It was a great experience, after which I decided to cycle the Camino de Santiago from France to Spain (870 km). These trips were mind and eye opening for me, and definitely life changing.

Wael: My passion for cycling also started outside Lebanon, when I was living in Spain. I also cycled the Camino de Santiago for one month, covering 1,000 kilometers. When I returned to Lebanon, I tried to keep that passion alive, so I started cycling sections of the Lebanese Mountain Trail alone, with my wife or a friend. I also cycled in New South Wales, Australia — from Sydney to Canberra and back to Sydney — and toured Cyprus by bike, covering 560 kilometers in five days. I was probably the first person to cycle from Beirut to Damascus, the year the borders opened between the two countries.

How did you prepare for this trip?

We usually don’t prepare too much; we decided in a very short space of time to take this trip, as we always do. The sense of  adventure is what we love, and since we’re both handy and experienced, we usually solve any technical problems ourselves. 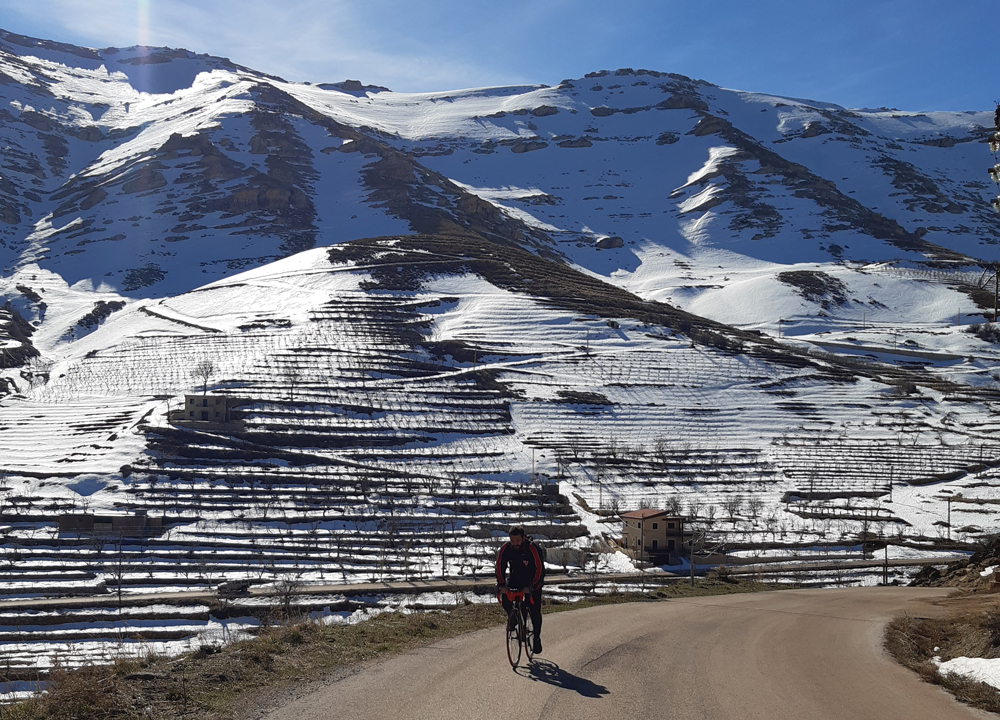 Which towns and villages were most memorable?

Baskinta was particularly beautiful. We enjoyed nature and cycled in the valley along the river.

Mokhtara in Shouf was abundant in pretty stone houses, and we thoroughly enjoyed cycling through Marjeyoun, South Lebanon. 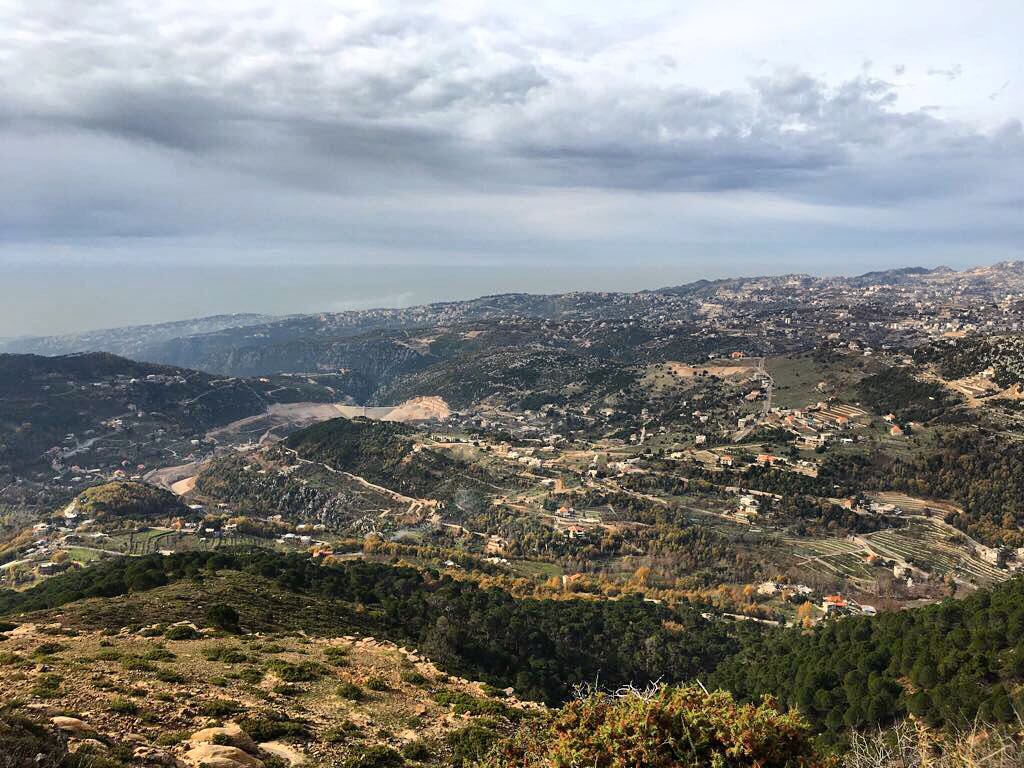 What were the biggest challenges you faced?

The biggest challenge was poor road quality, especially in the region of Akkar. The road was too steep or in a very poor state, which made it impossible for us to cycle and forced us to hitchhike for a small part of the section. We had to redirect our itinerary to overcome the complicated infrastructure of Akkar.

We also found it hard to complete the required number of cycle hours each day, as days were short and it was cold. On the third and final day, we had to cover 130 kilometers and a 2,400m ascent, which was incredibly challenging. It required immense mental strength; having the will to continue despite the fatigue is, by far, the greatest achievement. 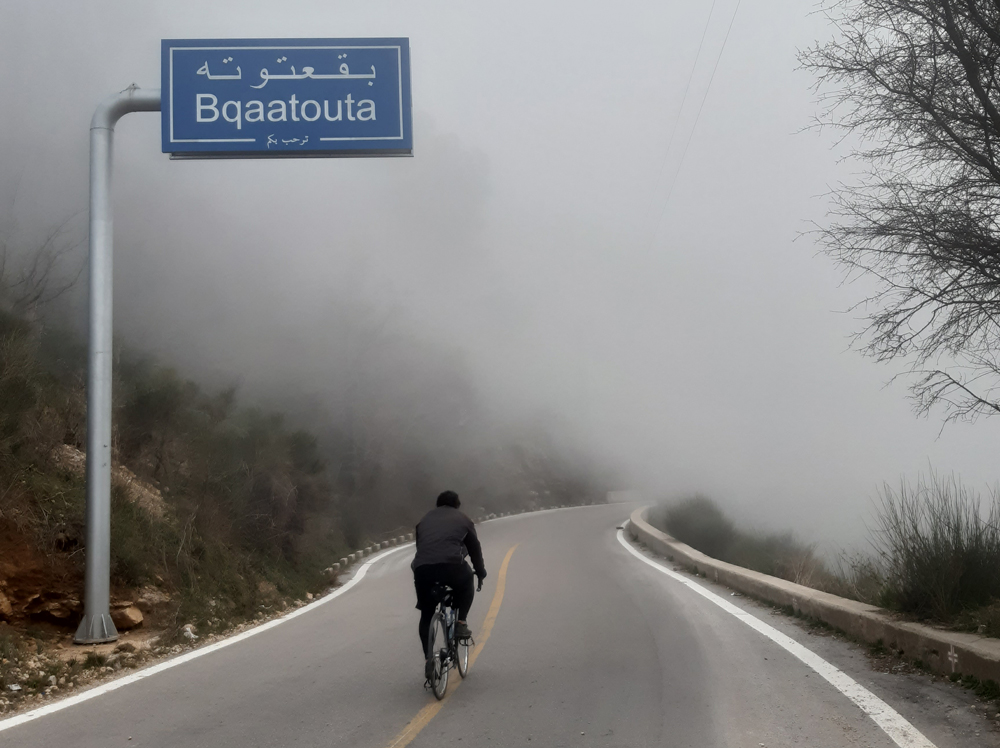 Would you consider Lebanon a beautiful cycling destination?

Lebanon is not only a beautiful cycling destination but also an easy and very pleasant one. The fact that the villages are close to each other and people are so friendly, it definitely makes it easier. Our mountains are amazing and cycling is a great way of discovering them. Lebanon should definitely be on the international map of cycling. It is one of the best tracks we did in our lives, there is no reason it doesn’t become a hot cycling destination for locals and tourists alike.

What needs to be done to put Lebanon on the cycling map?

The Lebanese ought to promote their country as a cycling destination by cycling more across the Lebanese regions and mountains. It’s a great way to get out of their comfort zone, discover their country better and encourage rural tourism in remote areas.

Of course, there is a lot of work to be done in terms of infrastructure to make roads safer and better for cycling.

18 Places of Outstanding Natural Beauty in...

Château St Thomas – a winery with...