WHAT’S TRENDING ON LT
5 Ultimate Spring Road-Trip Destinations
10 Things to Do in Chouf
5 Things Foreigners Should Do in Lebanon
The History Behind Beaufort Castle
Beirut’s Mesmerizing MIM Museum
10 Photos That Will Make You Fall in...
Mini Guide to Chtaura
10 Things to Do in and Around Zahle
Lebanon’s Five UNESCO World Heritage Sites
5 Ultimate Tips for Your Next Camping Trip
Designers & CreativesEditor's PicksPeopleTrending

Known for his striking and thought-provoking artworks, Ayman Baalbaki has emerged as one of the most influential Lebanese artists of our time. Here, with our friends at Mirros Communications, we discover how his childhood influenced his journey and what he has planned for the Lebanon Pavilion at the renowned Venice Biennale, the 59th International Art Exhibition, set to take place from April 23 to November 27, 2022.

Did you always want to be artist?

I grew up in an artistic environment. Both my father and uncle were artists and had their studios at home. We lived with the smells of oil paint and turpentine. I used to help my father prepare and clean all of his painting tools, and he used to give my brother and I non-toxic drawing materials too. It was honestly very natural for me to pursue fine arts when I graduated from school; it was an obvious progression.

How did growing up during Lebanon’s civil war impact your creative output?

It was inevitable that I would be affected by the war as we were living on the “green line.” My father’s library contained plenty of books about politics and art. And all of his conversations with friends were also centered on politics or art. This left a lasting impression on me.

The war ended in 1989 with the Ta’if Accord, and in 1991, an amnesty law pardoned all political crimes before that date. They tried to erase all traces of the war: the buildings riddled with bullets of downtown Beirut were torn down to the ground by bulldozers and the families of those who went missing were forced to officially abandon their claims. Until now, there is not an official version of what happened during war. All of this felt like a provocation to me and to the people who lived through this trauma and these massacres. It pushed me, as well as a many other artists and writers of my generation, to create a “devoir de mémoire” to reconcile history like an archival duty. 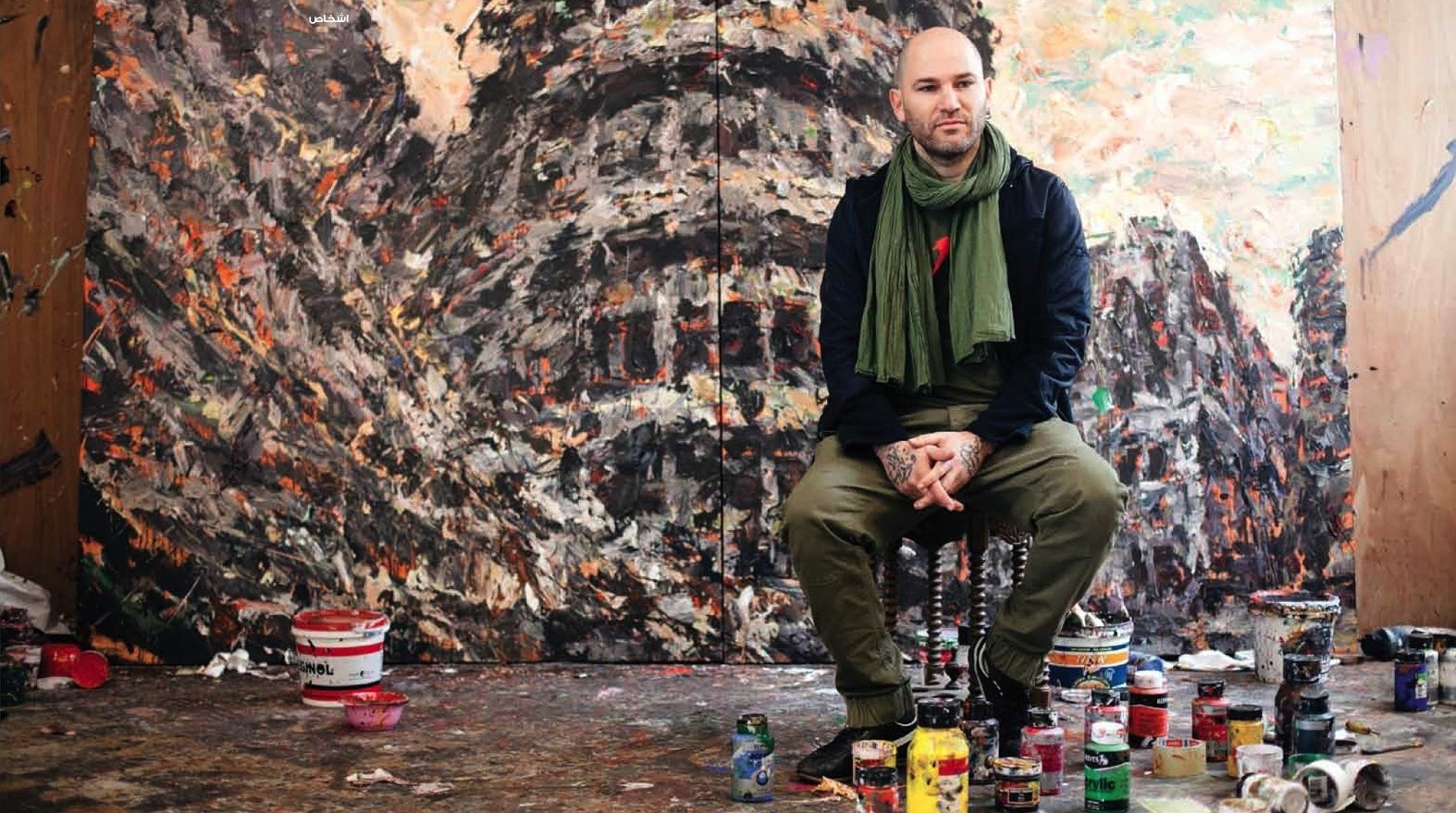 Which artists from the region inspired you early in your career?

At the Lebanese University, they taught us very little about Lebanese artists. Even in the library of the university, books about Lebanese artists were quite rare. However, the artists that inspired me were: Aref El Rayess, Rafic Charaf, Paul Guiragossian, Shafiq Abboud, Salwa Raouda Choucair and Saliba Douaihi, as well as artists from Iraq and Egypt, such as Jawad Salim, Mahmoud Sabri and Abdel Hadi Al Gazzar.

However, what inspired me most was my experience with Marwan Kassab-Bachi, the Syrian-German artist whose work I became familiar with at the Lebanese University’s exhibition in Beirut. I had the opportunity to attend his summer academy in Amman. Marwan was very influential to many Arab and Lebanese artists of my generation.

What can you tell us about your contribution to the Lebanon Pavilion at the Venice Biennale this year?

I am very happy to participate in the Lebanon Pavilion at the Venice Biennale this April. I enjoyed working with the talented team of individuals that curator Nada Ghandour put together, including Dina Bizri. It motivated me to invest all my energy to create something grand in a very short amount of time. Janus Gate is the name of the work I will be exhibiting.

What do you enjoy doing when you are not painting?

When I am not busy working, I spend most of my time with friends, reading or planting on my terrace at home.

Where in Lebanon do you find peace?

I spend most of my free time with my friends, who come from various artistic fields. We meet to share ideas, collaborate, discuss matters and support one other. It gives us strength in these difficult times we are experiencing in the country and the region.