A Special Christmas at the Miraculous Sanctuary of Saydet Beshouat, Bekaa

Religious anthropologist, researcher and founder of NEOS Tourism consultancy Nour Farra-Haddad invites us to discover a sanctuary in the heart of the Bekaa Valley. 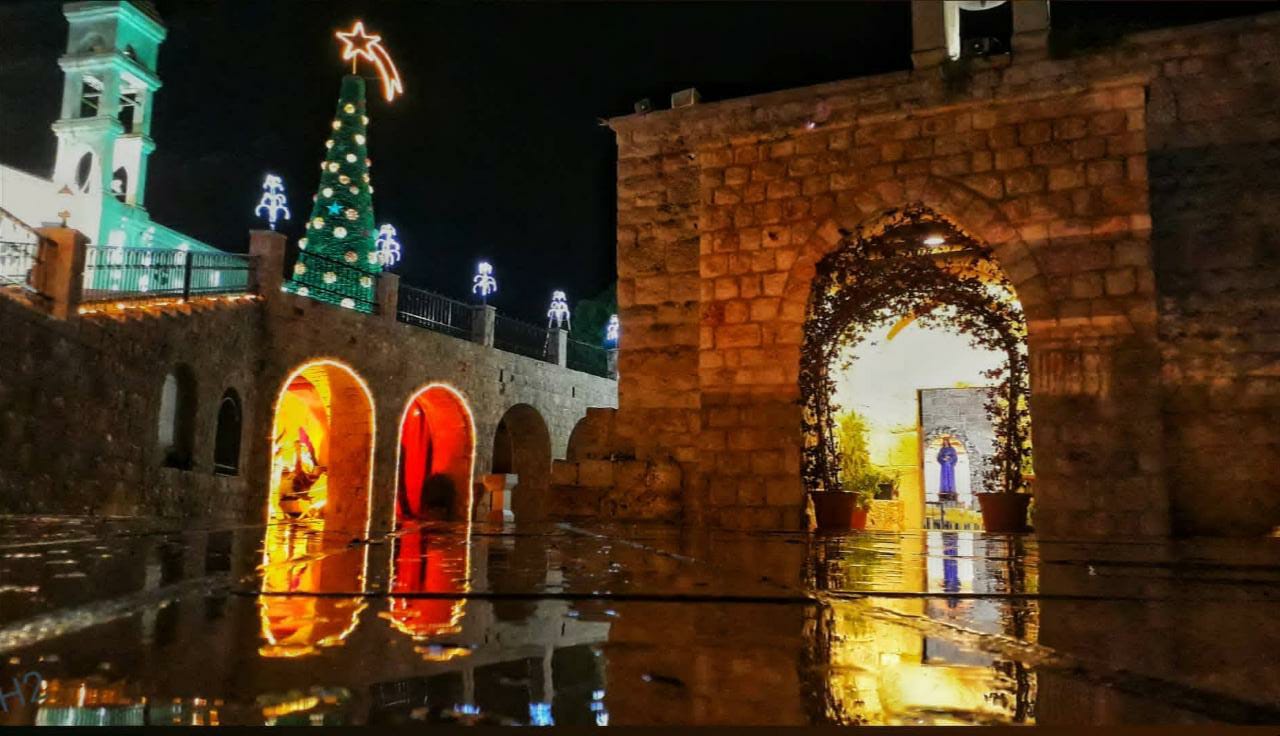 During the Christmas period, lots of festive decorations can be seen on the roads, at the religious sites and in the public spaces of Deir El Ahmar, which is located just before Beshouat in the Bekaa Valley. Indeed, the village is abuzz with events, concerts and a special Christmas market.

The village of Beshouat was named after the Egyptian Saint Anba Bishey. It is abundant in ancient ruins — oil mills, statues, sarcophagi — that date back to Phoenician, Roman, Byzantine, and Arab periods. Today, however, the town’s fame is due to a miraculous sanctuary: Our Lady of Bechouat. The site is visited by Muslims and Christians alike. 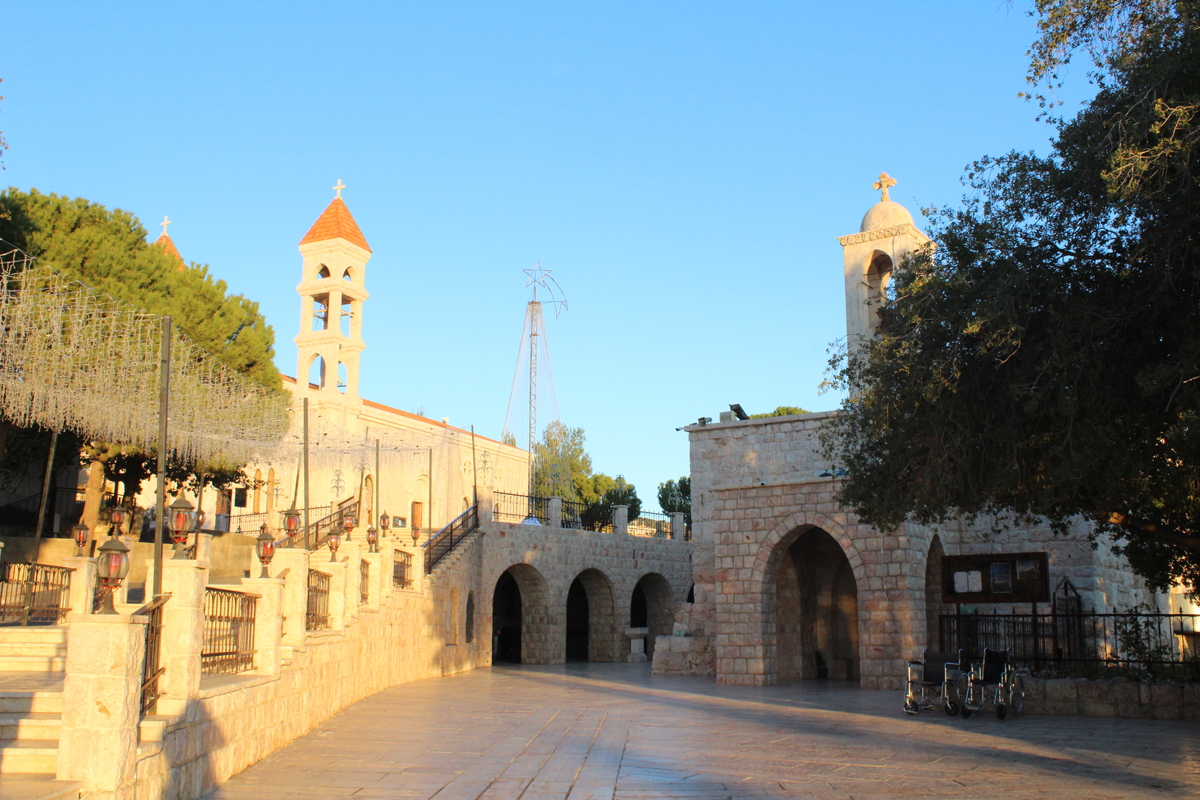 The church was built in 1790 by the Keyrouz family, who were from Becharreh. It is said that an old church was dedicated to Our Lady of the Shepherds (Saydet El Rou’at). Another legend reports that a wooden Byzantine icon of the Virgin Mary was discovered in a cave in 1741 and the church was built above the cave. In 1898, a Jesuit priest decided to offer the church of Bechouat a replica of the statue of Our Lady of Pontmain — the Virgin Mary appeared in Pontmain, France in 1871 — and it was placed inside the church around 1904. 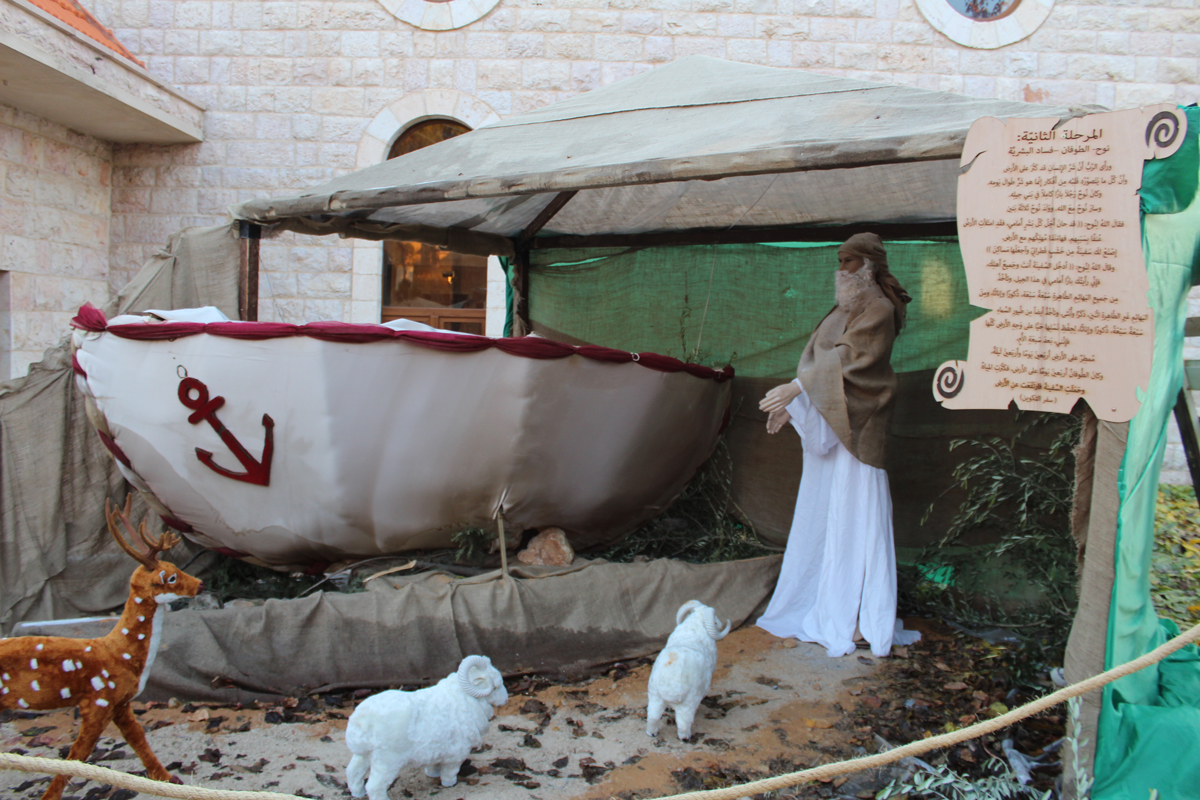 Since its construction, the church has attracted many pilgrims and numerous miracles have been reported daily. To welcome the great flow of pilgrims, the clerics decided to build a new church beside the old one. This new church was restored in 2009 after a fire broke out. An open-air esplanade was also created to celebrate Mass. To celebrate the 100th anniversary of the installation of the statue of Pontmain, the Virgin Mary appeared several times from August 21. She first appeared to a Muslim child from Jordan, Mohamed el-Hawadi, and she last appeared to the children Diana Ali el-Ajam and Michael Adnan Mikhail in May 2006. Between August 2004 and January 2006, the village of Bechouat attracted one million Christian and Muslim worshipers, mostly from Lebanon but also from the neighboring countries of Syria and Jordan. 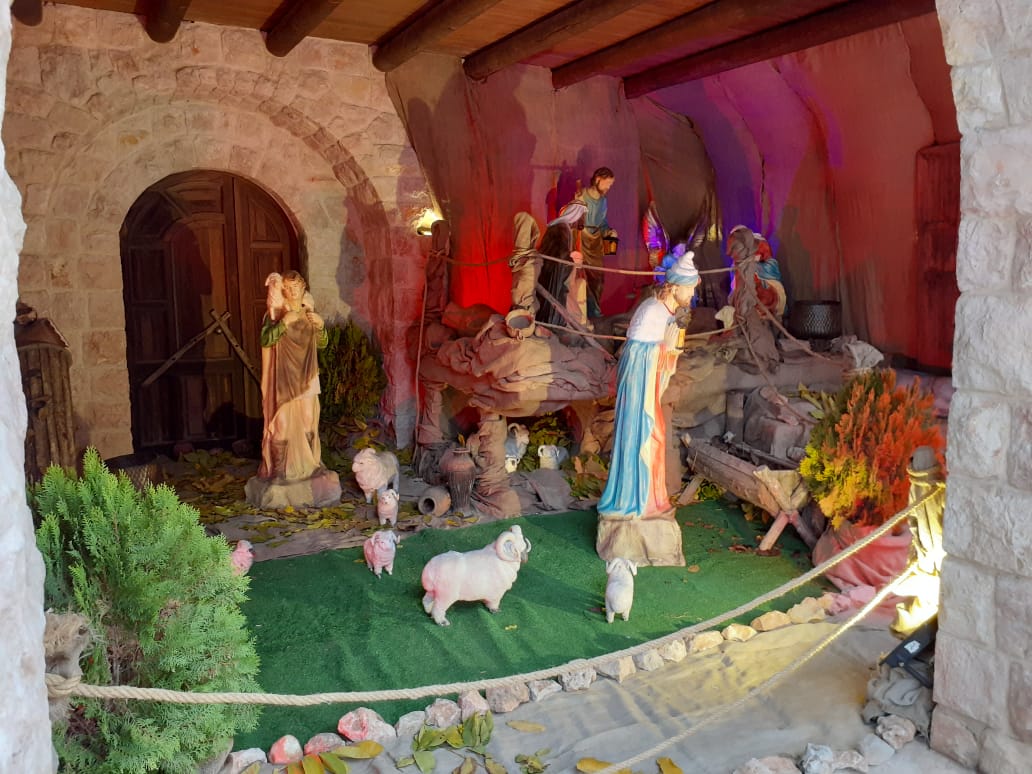 During the Christmas period, a special human-sized nativity scene can be admired. Pretty lighting and decorations can also be seen around the sanctuary, providing a warm and joyful atmosphere.

Visiting Beshouat during the festive period is a wonderful idea. Those who explore this exceptional site undoubtedly feel inner peace and serenity, and it is important that we need to regenerate our hope and faith in this country during these difficult time.

Bechouat lies on the slope of the western chain of Mount Lebanon. The village is situated 20km northwest of Baalbeck, between Deir el-Ahmar and Barqa, and 11 km from Beirut. It is perched at an altitude of 1,300 meters above sea level. To reach Bechouat from Zahle, take the road to Baalbeck to get to Deir El Ahmar and then Beshouat, or you can reach Deir El Ahmar, Beshouat from the road of Besharreh Ainata.

A Journey to the Maqam of Nabi...