WHAT’S TRENDING ON LT
Lebanon’s Five UNESCO World Heritage Sites
5 Ultimate Tips for Your Next Camping Trip
Discovering the Beauty of the Cedars of God
5 Places in West Bekaa Worth Visiting
La Datcha: Haven in Akoura
5 Things to Do in Akkar
Digging into Sidon’s History
Baalbeck: the ‘Sun City’
10 Things to Do in Anjar
Exploring Baskinta with Al Wadi Al Akhdar
Art GalleriesArt, History & CultureBekaaRegionsThemesWhere to Go 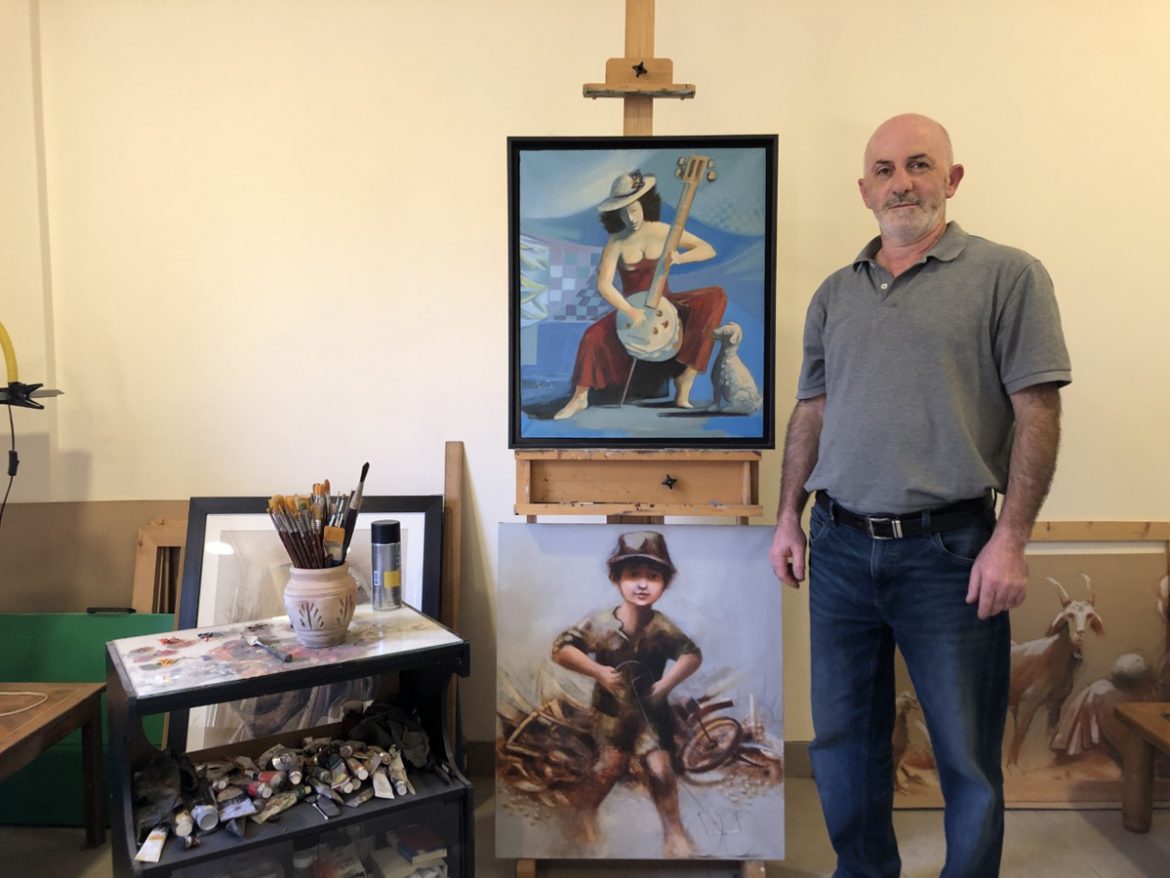 Anjar has long been known as a place of refuge for Armenians whose ancestors fought heroically against the Turks in a 40-day battle on the mountain of Musa Dagh in 1915. Today, the town is steeped in history and has become an unlikely art hub. With the support of Badguer, an arts incubator, cultural platform and multipurpose space promoting Armenian heritage, cuisine and customs, we meet a few of Anjar’s talented artists to learn more about their work. 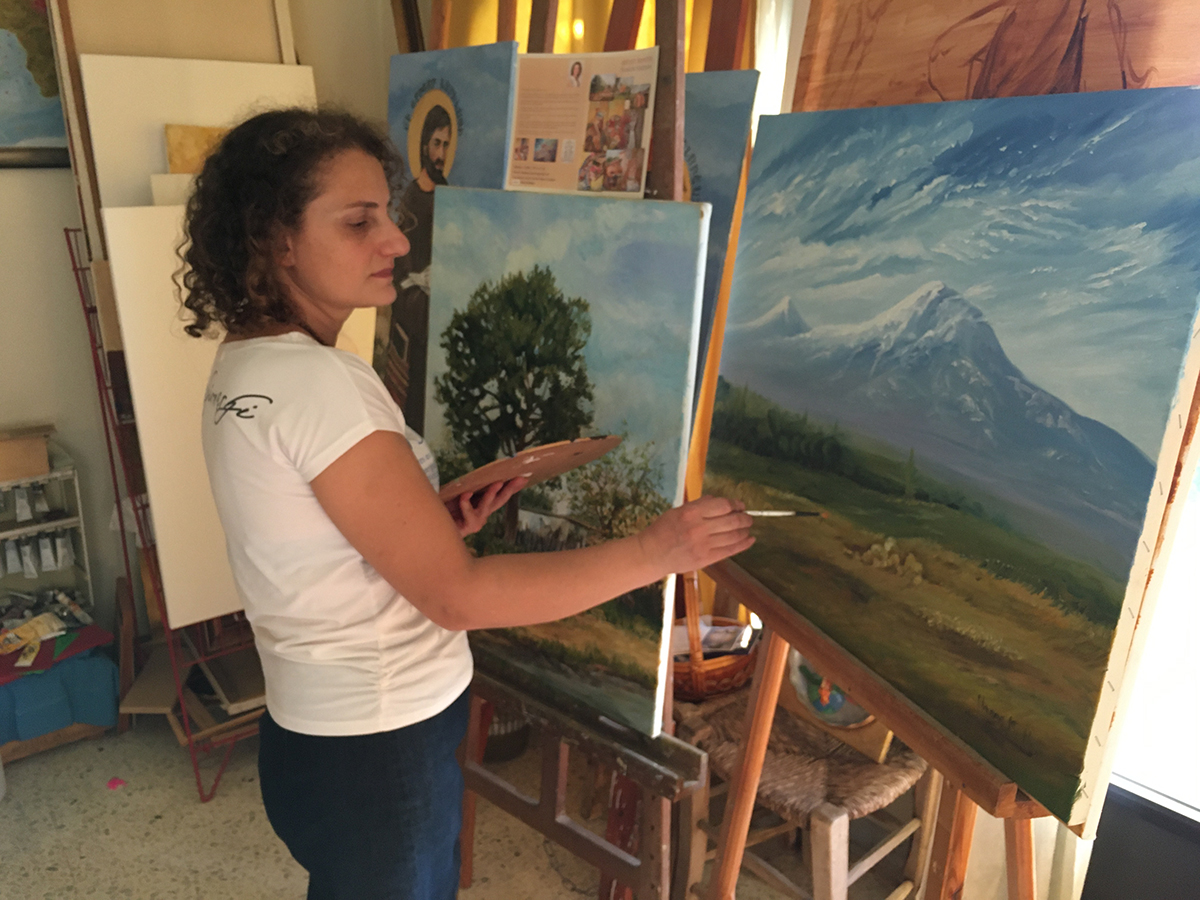 Born in Beirut in 1974, Nanor’s interest in art was cultivated at a young age. She took private art lessons as a teenager and subsequently attended Hamazkayin Toros Rosslin Academy of Fine Arts. After completing her studies, Nanor participated in private and collective exhibitions in various art galleries and museums. Throughout her artistic journey, she has never been afraid to experiment with different tools and styles — murals, motifs, acrylics, etc.

I express myself through my work. I tend to focus on the sensuous nature of art and depict life through a combination of color, texture and symbolism, whether I’m drawing or painting landscapes, religious figures or abstract images,” she says. 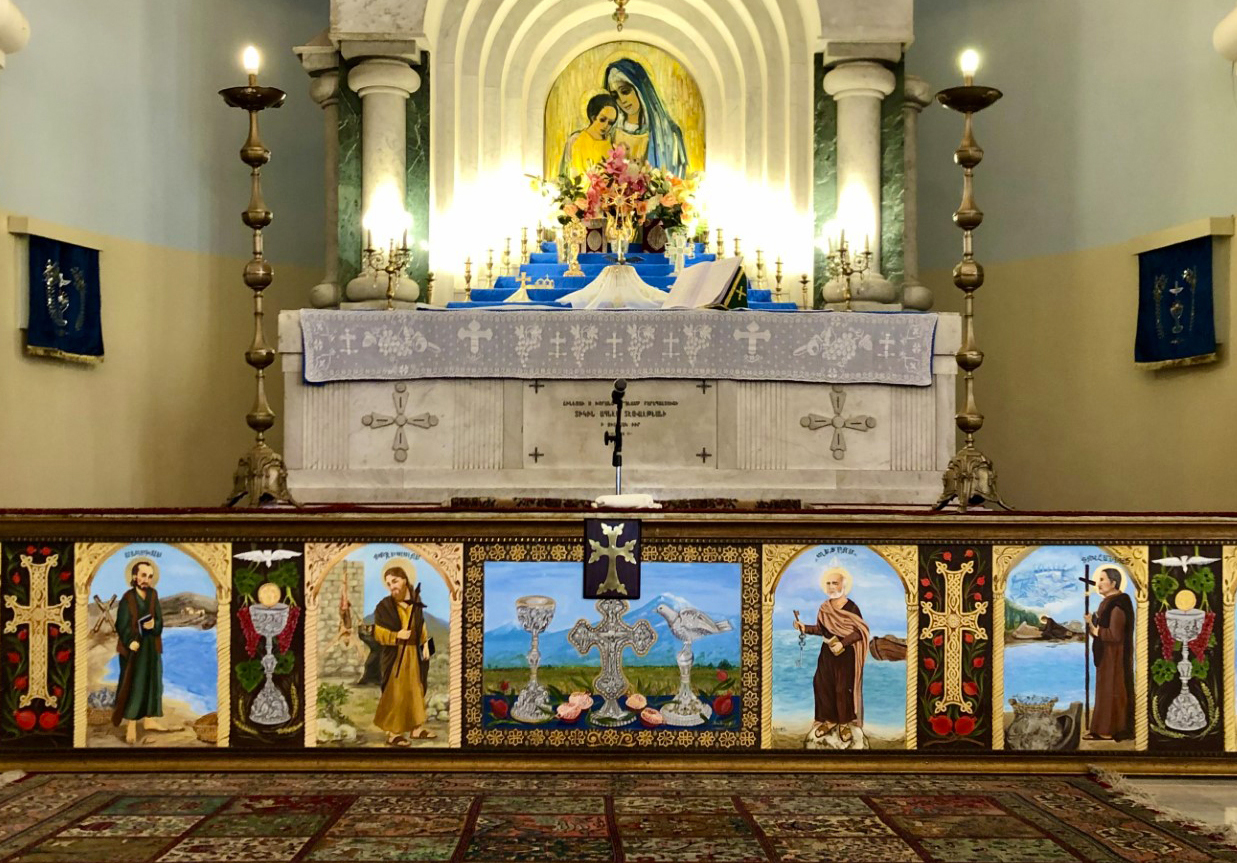 Nanor’s work can be seen under the altar of the beautiful Armenian Apostolic Church of Saint Paul in Anjar as well as in the Anjar Art Gallery. 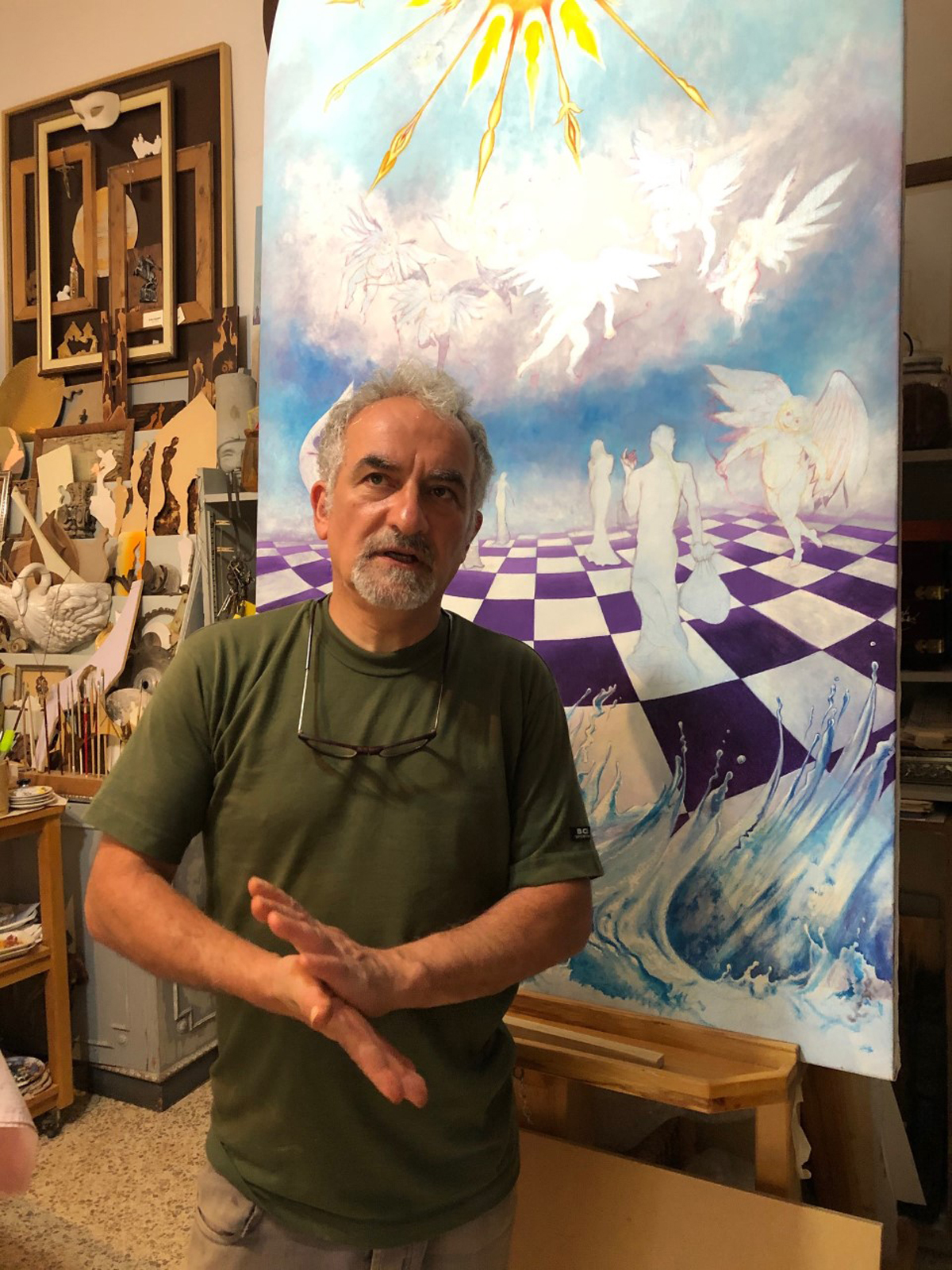 Koko’s artistic journey was, as he puts it, “a little unorthodox.” He confesses that at the age of 18, he still didn’t know who he was or what he wanted to be, but he was certainly treated differently by people and seen as an artist of sorts.

After studying at the Hamazkayin Toros Rosslin Academy of Fine Arts in Beirut, Koko moved to Venice to pursue a degree in fine arts at the Venice Academy. He subsequently spent time in America, where he held a number of solo exhibitions in Detroit, Los Angeles, Washington DC and Virginia.

Years of work and creation ensued, and Koko found himself in Vienna — a city he felt deeply connected to. In 2006, he returned to Venice for several years before settling in Anjar, his hometown.

Koko’s somewhat mystical paintings evoke a spirituality that doesn’t belong to any belief or ideology. Instead, his works combine lines, colors, textures and images arising from a deep state of consciousness and awareness.

Everything inspires me — life in general, science, philosophy… I am ready to absorb any kind of experience: if not live it directly, at least analyze it, understand it and try to narrate it in my paintings,” he says. 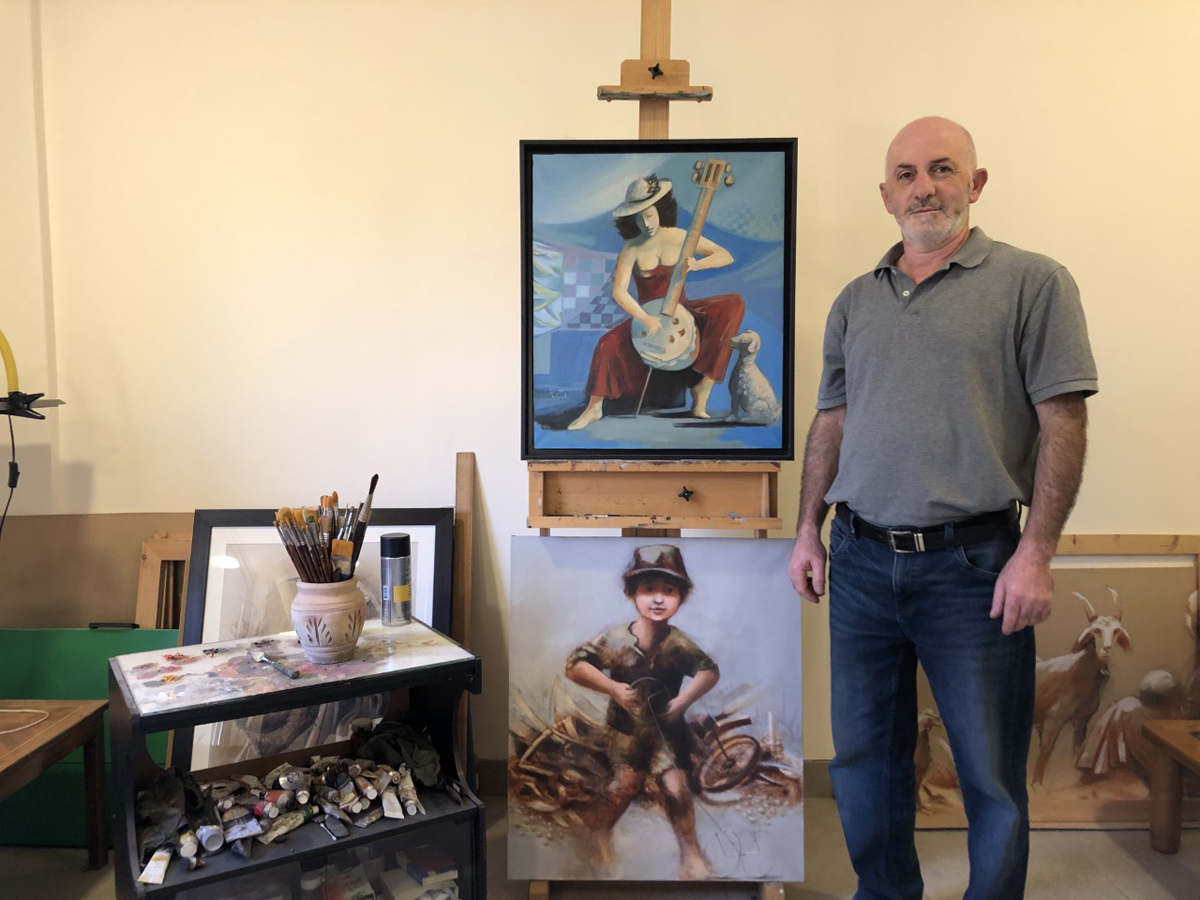 The son of Musa Dagh survivors, Raffi was born in Anjar in 1964. Since childhood, he has been passionate about drawing and painting.

For as long as I can remember, I have drawn. Even at school, I used to doodle in class while the teacher was talking. I suppose people really started noticing my talent when I won a regional competition at the age of 10,” he says.

Raffi studied art for four years and went on to develop his drawing and painting skills under the guidance of Armenian artists, who encouraged him to explore a variety of themes and mediums.

Raffi’s work was put on public display in 1983 and things progressed from there, with group exhibitions in Beirut, Tripoli and elsewhere. His first solo show took place in Lebanon in 2005, and he has held solo exhibitions every couple of years since. In 2008, he held his first exhibition in Armenia.

“I am inspired by so many things: people, Armenian heritage, customs, and whatever I see. The peace and quiet of Anjar has always fueled my creativity; I could never work in a busy or crowded place,” he says. 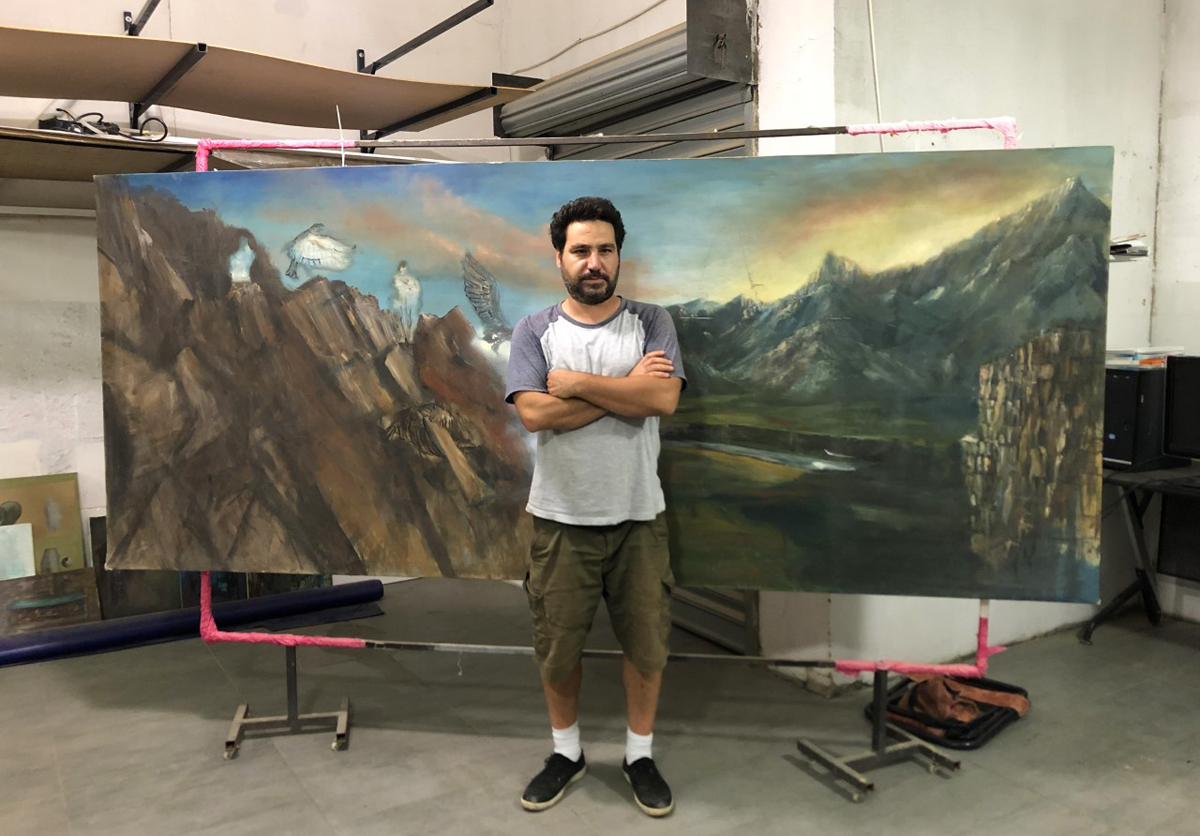 A graduate of business administration from Haigazian University in Beirut, Garbis kicked off his career in accounting — a job he found rather stressful and unfulfilling. When a college friend told him about a drawing assignment he had, Garbis jumped at the chance and worked on it. Drawing came naturally to him, and he quickly took up art.

I am self-taught. Every day after work I would practice and learn about the craft. I even tried sculpture, but I felt most passionate about drawing and painting,” he says.

Having participated in at least five collective exhibitions, Garbis’s work largely centers upon landscapes and still life. He admits that portraiture is something he struggles with, although he constantly works on improving this skill.

“I use different mediums: acrylic, charcoal, pencil… This is what makes things interesting,” he says.

The homes of artists

Quite often, one can visit Nanor, Koko, Raffi, Garbis and Anjar’s numerous artists at their homes, where many of them have ateliers and workshops. “Like any close-knit community, everyone in Anjar knows one another. The artists and artisans of the town are easy to locate, and they will happily share their stories with anyone who shows an interest in their arts and crafts,” says Arpi Mangassarian, founder of Badguer. 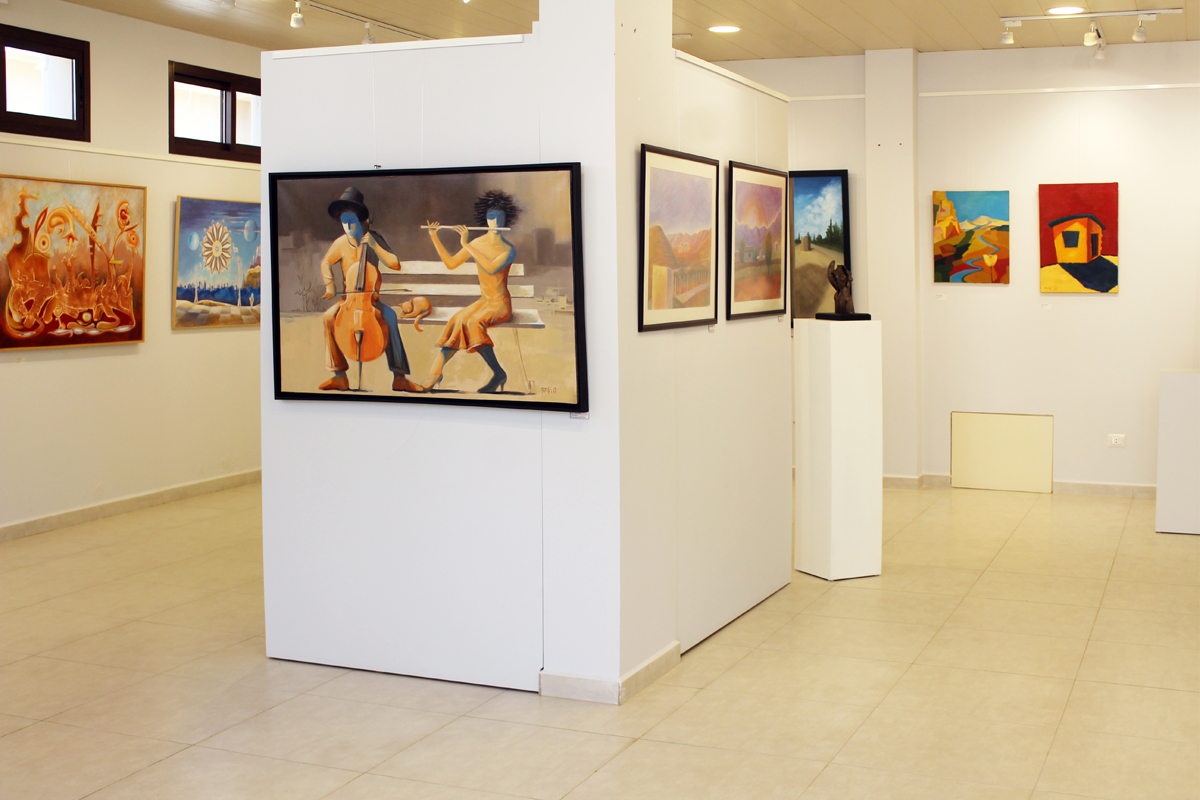 Anjar Art Gallery was founded and funded by Gaidzag and Dzovig Zetlian in 2019 to provide the artists of Anjar with a contemporary art space to showcase their works. It currently represents 19 painters and sculptors living in Lebanon and abroad, and profits from the sale of art works is channeled to local schools. 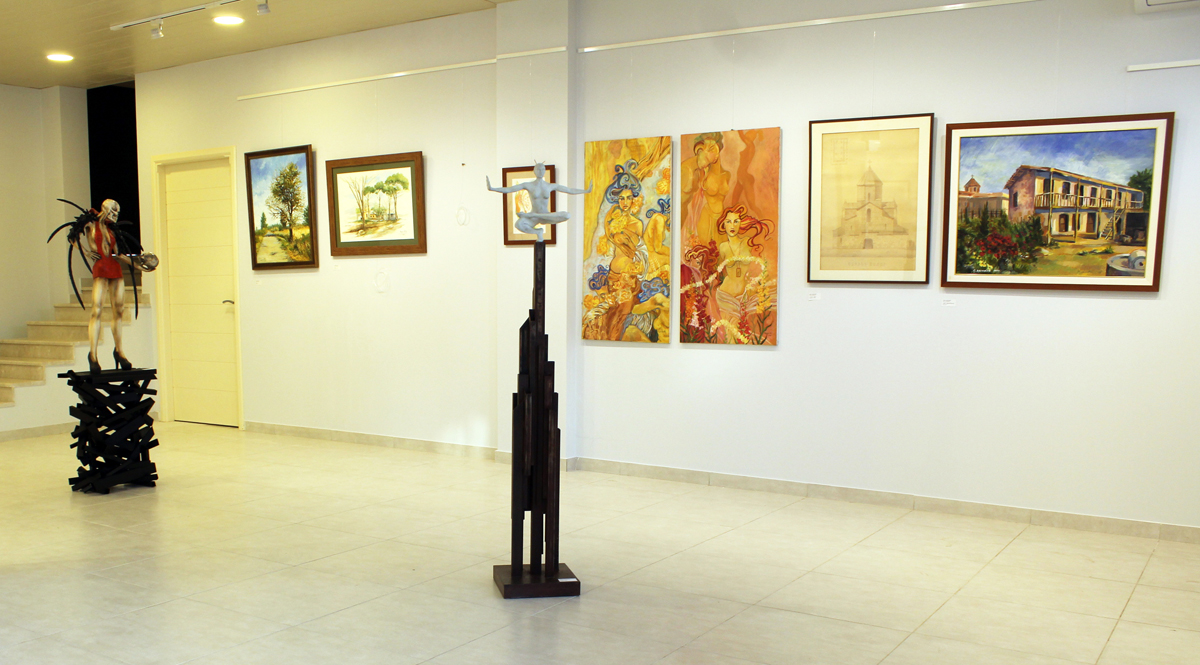 The Anjar Art Gallery perfectly illustrates the wealth of talent that exists in this remarkable town. It not only supports and encourages the local art community, it also introduces visitors to Anjar’s established artists and its rising stars, who continue to weave its incredible story,” says Arpi Mangassarian, founder of Badguer.