WHAT’S TRENDING ON LT
Beit Tamanna: a Dream Come True in Beirut
5 Things to Do in Akkar
5 Ultimate Spring Road-Trip Destinations
10 Things to Do in Chouf
5 Things Foreigners Should Do in Lebanon
The History Behind Beaufort Castle
Beirut’s Mesmerizing MIM Museum
10 Photos That Will Make You Fall in...
Mini Guide to Chtaura
10 Things to Do in and Around Zahle
Accommodation PicksEditor's PicksGuesthouses & Boutique HotelsTrendingWhere to Sleep 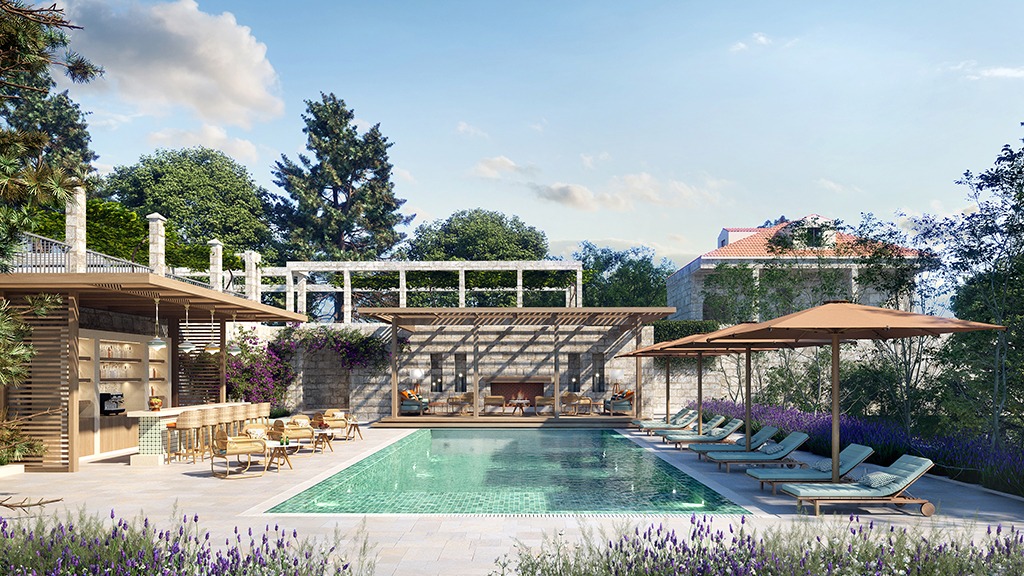 Renowned for his eye for luxury design, Galal Mahmoud has worked on an array of hotels and resorts in Lebanon and abroad. Here, the successful Lebanese architect tells us why Beit Noun, a new guesthouse in the hills above Byblos, was such an enjoyable and rewarding project.

What can you tell us about Beit Noun?

Beit Noun is a family-run operation. The Noun family has owned it for hundreds of years, and the new generation decided to transform it into a guesthouse. It is located just above Mar Charbel, 900 meters above sea level. We started working on it just before the pandemic started, and it is due to open in summer 2022. 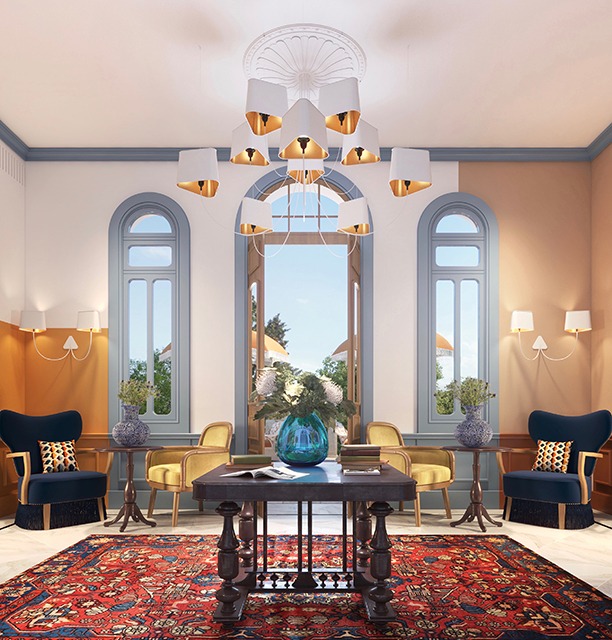 How many guest rooms are there and what facilities does Beit Noun offer?

There are nine rooms in total that are spread across two houses: the main house and an outhouse that was built in the 1950s. Although each room is unique and has a specific color palette, there are similarities between them. All the furniture has been custom made and manufactured in Lebanon by talented artisans. It’s a true Lebanese experience, but it is not nostalgic.

Beit Noun also features a lobby, winter library and a little café. There’s an industrial kitchen for large events, plenty of outdoor space to relax and admire the views of Batroun, the Cedars and beyond, and an outdoor swimming pool. 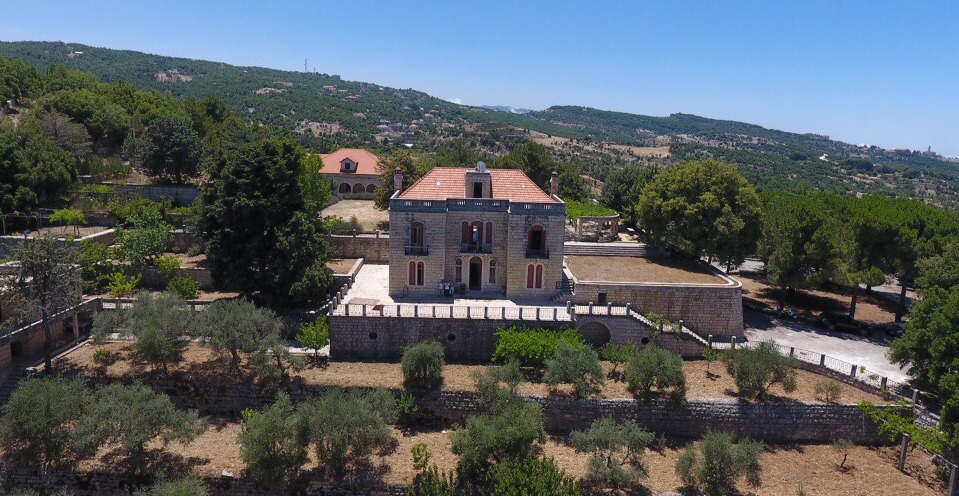 What differentiates Beit Noun from other guesthouses in the country?

From a design point of view, the property is very different to your standard Lebanese guesthouse. First of all, Beit Noun doesn’t have the typical characteristics of a traditional Lebanese house, such as the triple arches; it is nuanced, an architectural amalgam of Ottoman and European elements. We therefore saw an opportunity to do something a little unexpected and create a modern, happy and unforgettable place to stay. We tried to give Beit Noun an identity by playing with color and adding regal touches, because it is grander than a house — almost a mansion. Ultimately, the guesthouse is chic and trendy while maintaining its authenticity.

Furthermore, because we have so much experience in designing hotels, which we have been doing for the past 25 years, we prioritized functionality to ensure that everything is where it should be: the light switches, sockets and so forth. We’re currently finishing phase one, and phase two includes 20 additional guest rooms that will blend into the landscape. 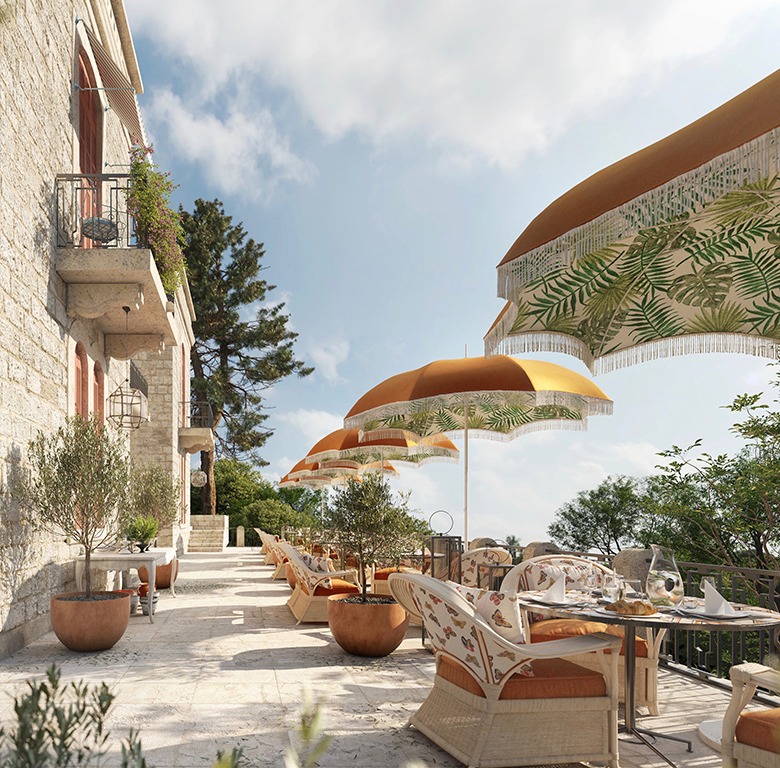 Where do you find inspiration in Lebanon?

I think inspiration can be found everywhere and nowhere. I’m always attracted to the history of a place and the people. Lebanon has everything, and yet there is a visual chaos that obstructs one’s views. You have to look between the lines to find the gems. It’s the layers that I find liberating: the civilizations, architectural styles, landscapes and more. If you’ve lived in a city like Paris, which is very beautiful but quite monochromatic, you can either find Lebanon so chaotic that it breaks your creativity, or you hang on to those little moments of brilliance. Luckily, I’m still being inspired.

How would you describe Lebanon’s design community?

Extremely prolific. Lebanon’s creatives are adventurous, and we try to work with local artists and artisans whenever we can to add that layer of Lebanese identity. 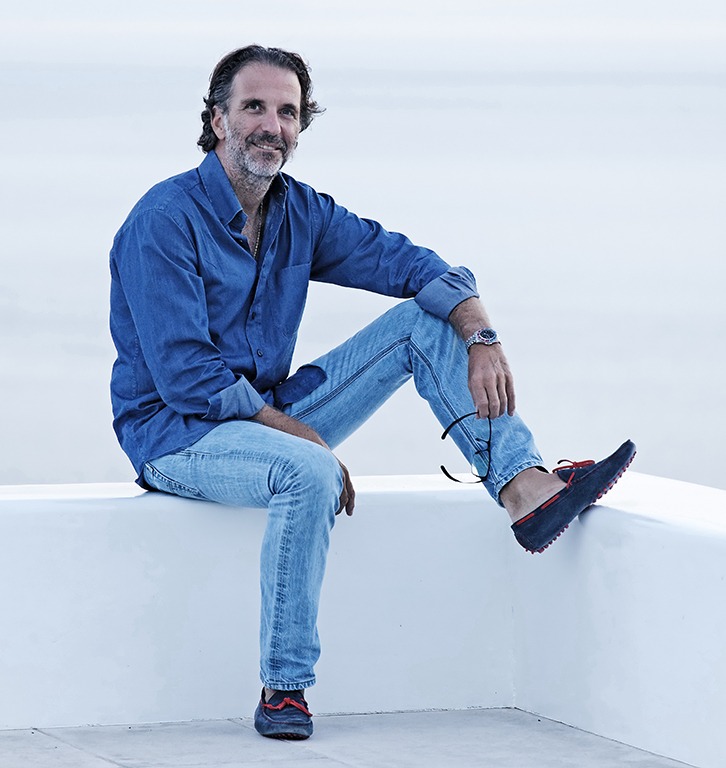 How do you spend your free time in Lebanon?

You’ll often find me by the sea or in the mountains. I am very fond of Bouyouti in Chouf, but there’s no specific place where I want to be all the time. When my parents first moved to Lebanon from Egypt in the 1950s, they built a small wooden shack by the sea near Byblos. They then moved and built the same thing in Amchit. We spent a significant amount of time there, so I definitely have a special bond with the Mediterranean.