WHAT’S TRENDING ON LT
Beit Tamanna: a Dream Come True in Beirut
5 Things to Do in Akkar
5 Ultimate Spring Road-Trip Destinations
10 Things to Do in Chouf
5 Things Foreigners Should Do in Lebanon
The History Behind Beaufort Castle
Beirut’s Mesmerizing MIM Museum
10 Photos That Will Make You Fall in...
Mini Guide to Chtaura
10 Things to Do in and Around Zahle
Art, History & CultureExplore LebanonIconic Landmarks or PlacesLT LovesNabatiehRegionsThemesTraditional LebanonWhere to Go 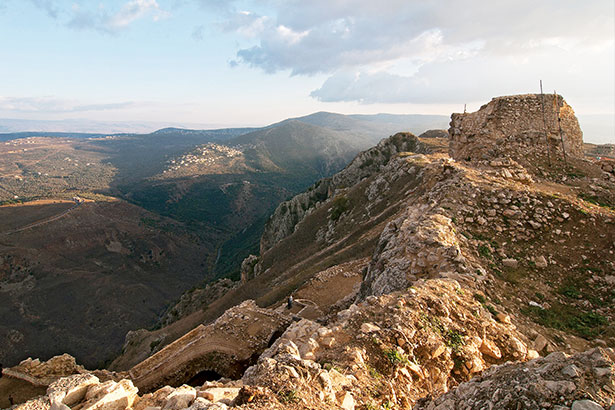 Situated on a hill in the Arnoun area, Kalaat Cheiif, also known as Beaufort Castle, stands tall, a witness to Lebanon’s history from the Middle Ages until modern times. Visiting the castle is a lesson in history, architecture and no doubt an excuse for a beautiful outing in the southern countryside.

The strategic location of Beaufort Castle has proven to be useful for armies and throughout the ages. In 1139, Fulk, King of Jerusalem, captured the site and gave it to the lords of Sidon, who shortly after began the construction of the castle. Very little is known about the fortification before that date.

In 1187 the Crusaders lost the stronghold to Saladin’s army in a crushing defeat during the battle of Hattin. However, Reynald of Sidon put up quite a fight before the castle’s eventual fall. Reynald met with Saladin and pretended to have Muslim affinities. He claimed he would hand over the castle peacefully but needed time to safely extract his family from the Christian city of Tyre. Saladin gave him 3 months to do so, but instead Reynald stocked up on supplies and repaired the castle. When it was time for the handover, Reynald requested an extension but Saladin insisted he give up the fortress immediately. When he refused, Reynald was taken prisoner. After a bloody battle, Saladin was given control of the castle in exchange for Reynald’s release. 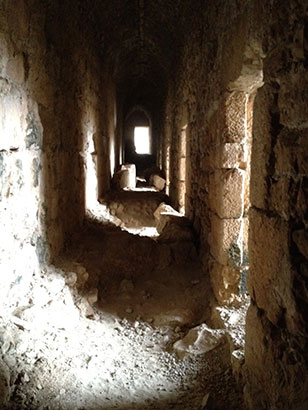 In 1240, the castle reverted to the crusaders as a result of a treaty negotiated by Theobald I of Navarre. In 1260, the Knights Templar bought the site from Reynald’s grandson, Julian of Sidon, but relinquished control to the Mamlukes, eight years later. Cheiif Castle remained in their control till the 16th century.

Fakhr el Din II took over the castle in the 17th century and added it to his network of fortifications. The Ottomans then controlled the fortress until the 1921 French Mandate after having defeated Fakhr el Din in the early 18th century.

In 1976, the Palestine Liberation Organization (PLO) occupied the castle before its capture by the Israelis in the Battle of the Beaufort in 1982. The Israeli army converted the site by building bunkers and remained in the castle until their retreat from South Lebanon in 2000. 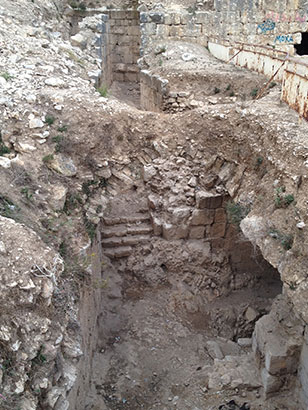 The Beaufort Castle has the distinct features of a crusader castle. However, many invasions and the 1837 Galilee earthquake caused great damage to the fortress. The remains, however tell quite a story.

The fortress has three levels. The first level, which is carved in the stone, was used as a warehouse to store ammunitions and food. It is part of the original defense wall. This section of the castle was modified when it was under control of the Israeli army and is currently not open to the public.

When you visit, you will notice that the second and third levels have recently undergone renovation. There are two towers, the main one is on the southwestern side known as the Don Juan Tower and the second is on the northeastern side. The towers were mainly used for surveillance. Just like any medieval fortress, you can find several narrow openings from where soldiers used to shoot their arrows onto invading armies.

The Litani River (which can still be seen) surrounds the castle. In times of war, hot oil was poured over the water and set on fire to prevent the enemy from getting any closer.

A unique architectural feature of the castle is its entrance. While it was common in Europe to enter through the first floor, in Lebanon the convention was for a ground floor entrance as can be seen in this construction. 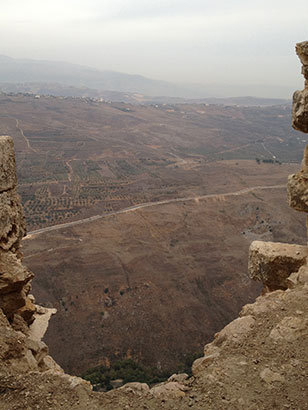 “From the parapets, the whole of Lebanon was laid out below like an aerial photograph,” writes journalist and author Nicholas Blanford. Beaufort Castle overlooks the Litani River, which flows past it on the east. The fortress allows stunning panoramic views of southern Lebanon and northern Palestine. Surrounded by greenery, trees and beautiful forests, the view is nothing short of spectacular. From the top, you will get to view Shebaa Farms (a source of political controversy), the proud Mount Hermon and the glistening Mediterranean Sea.

The castle has undergone some renovation in the past years with the addition of rails and stairs for an easier visit. However, make sure to keep your kids safe and near you at all times. The entrance is free. Follow the steel ramp of the eastern cliff to get to the ruins and enjoy.

Once your visit is over, enjoy a traditional cup of coffee at a nearby restaurant while basking in the glory that is South Lebanon.

Why is it called Beaufort?

The Crusaders named it Beaufort (French for beautiful fortress), highlighting its magnificence and beauty.

Cheiif is the Aramaic word for “high rock.” The Arabic name for the castle reveals its unique location.

The Guides of Lebanon Association is an excellent source should you need a guide to take you around the country.

Jihad Mortada, also a member of the association, will guide you through the south.

Make sure to call ahead of time!

Once you get to Nabatiyeh, make sure not to enter into the city but follow the road to upper Nabatiyeh, which will lead you to Arnoun. Beaufort Castle is 2 km away from Arnoun. If you get lost, do not panic! Ask a local, they are always eager to help.

I am from Yohmor El Cheiif, a village right below Cheiif. I spent a great part of my childhood in Beaufort Castle. I used to go there alone. When I think about it now, I see myself standing at the highest point of the tower and believing that it was the highest point in the world. There could not have been a higher location anywhere in the world, simply because when I looked towards the west, I would see the sun setting and what seemed like silver chains sparkling and dancing on the sea. When I turned towards the south, there was Mount Hermon and all it holds in terms of history and religion. I could also see the Houleh plain, north of Palestine. After seeing this vast stretch of land, I could not grasp the notion that there were borders.

Even the sun takes its time to rise in this area, as it is enjoying the scenery. For a little boy, this was a panoramic view of the universe. I was perhaps the only 12-year-old kid that could travel to three countries at once. I visited Palestine and Syria, while standing in Lebanon. Is there any point in the world where you can see three countries at the same time? Well, it’s possible from Beaufort Castle.

As kids, we used to go to the castle at night and blind the birds. It was a hunting game. I know the castle like the back of my hand – every stone, corridor and step. It is there that I first met people from outside my village and country or even the continent. If I learnt some French words, it is due to the tourists that visited the castle. I would talk to them and try my hand at explanations about the castle and its history, as if I knew all about it. That’s where I met Eric and his sister Anne who sent me a postcard of his house on the Seine River (he actually pointed to it with a red arrow that he drew) and with whom I corresponded for a while.

Beaufort Castle was my gateway to the world. It opened my eyes to something new and exciting. It’s what gave me the incentive to leave my village and discover what was beyond it.