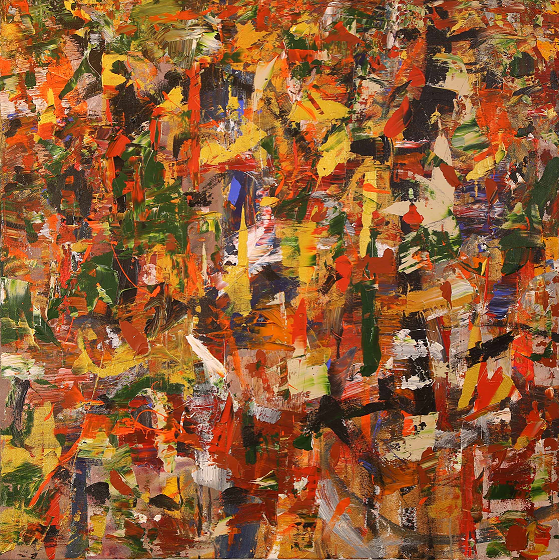 «My art’s main subject is Humanity; it is nourished by the history of our civilization and our heritage. My work is a mirror reflecting the reality of our Middle Eastern society’s transitions and evolution» -Raouf Rifai

Rifai has taken part in numerous Collective shows throughout Europe, United States, Middle East and Japan. He has also had more than thirty solo exhibitions since 1984, including his latest at Sana Gallery in Singapore. In 2010, he was awarded the first prize of the Sursock Museum’s Salon d’Automne in Beirut, Lebanon. His artwork has also been successfully auctioned at Christie’s Dubai.

One of the recurrent themes in his work is that of the “Darwich”, a simple man evolving in virtual or real spaces. Rifai’s dervishes are as diverse and colourful as Middle-Eastern society itself, with their myriad of expressions, attitudes and emotions.

Nadine Fayad Art Gallery is very proud to participate at the Beirut Art Fair for the first time exclusively with the newest artwork of Raouf Rifai.

Born in 1971, Bassam Kyrillos is a Lebanese sculptor recognized for his monumental works. He…