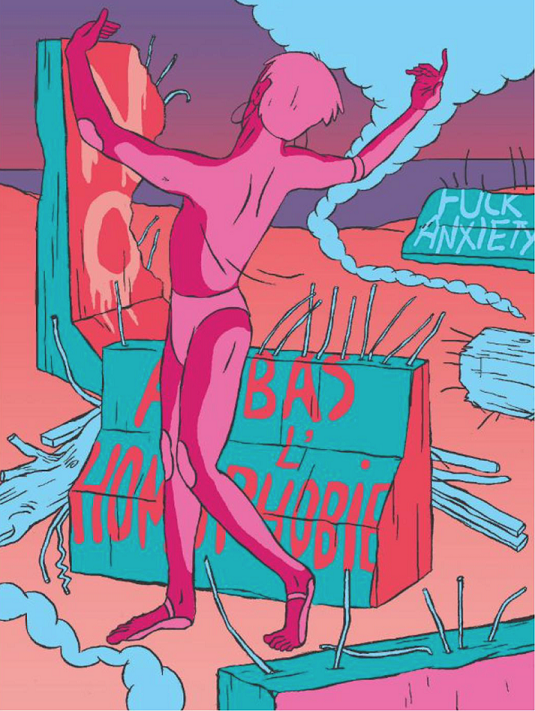 The New Generation: Arab Comics Today, curated by Lina Ghaibeh and George Khoury (Jad), and organised by Mu’taz and Rada Sawwaf Arab Comic Initiative at the American University of Beirut.

It is no coincidence that the Arab youth’s modern renaissance in comics accompanied the revolutions in the Arab world that began a decade ago. Collectives and individuals pursued a dream that has today become an established reality among the Arab youths’ art space. The exhibition, ‘Arab Comics Today: The New Generation,’ sheds light on these young artists, who continue to innovate, produce, and stubbornly challenge the difficult circumstances and vicissitudes that are afflicting us all.

This exhibition opens as part of the Beirut Comics Festival, October 7 till 10. Organised by Lyon BD, the Institut Français du Liban, the Sawwaf Arab Comics Initiative at AUB, and ALBA, the exhibition will bring together over 50 comic artists and collectives from across the Arab world, as well as an exhibition of last year’s 6th Mahmoud Kahil Award's winners, finalists and their selected artworks.

Join us this Sunday for new trail in West Bekaa.Kherbet Qanafar is located in West…