WHAT’S TRENDING ON LT
5 Ultimate Tips for Your Next Camping Trip
5 Places in West Bekaa Worth Visiting
Discovering the Beauty of the Cedars of God
Lebanon’s Five UNESCO World Heritage Sites
La Datcha: Haven in Akoura
5 Things to Do in Akkar
Digging into Sidon’s History
Baalbeck: the ‘Sun City’
10 Things to Do in Anjar
Exploring Baskinta with Al Wadi Al Akhdar
Latest in LebanonLT LovesNews & Editor's PicksTraditional Lebanon

Born in Beirut in 1971, Gregory Buchakjian has spent years researching the heritage homes of the capital. Here, he talks candidly about the aftermath of the Beirut explosion, the challenges being faced and shares his personal thoughts on the tragedy. 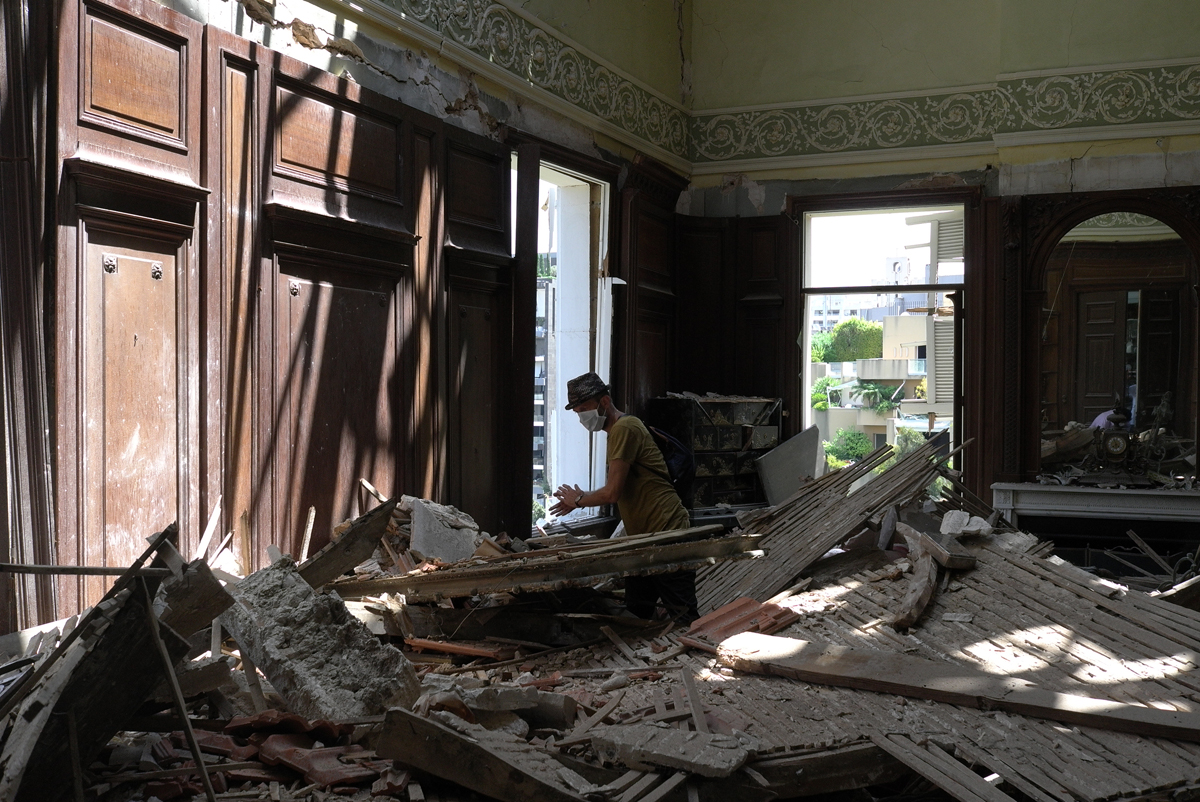 Gregory Buchakjian inside the library of Sursock-Cochrane Palace after the Beirut port explosion. Photo: Georges Boustany

You are an art historian, photographer, author, interdisciplinary visual artist and academic, among other things. Did you imagine your career would develop the way it has?

I studied art history at the University of Sorbonne. After I graduated, I was hired by Alba (Lebanese Academy of Fine Arts) to teach. It was my first job, and I still work there. In parallel, I published books, articles and contributions related to modern and contemporary art in Lebanon and the Arab world.

After I was imprisoned in Egypt, I published the story, so people immediately thought I had become a writer. In 2006, I produced a short film titled “What, shoes?” that conveyed a specific episode from the war that raged in Lebanon. Many saw me as a real filmmaker, which I was not. Since then, I have selected the media – photography, performance, video, drawing, installation – not as a means to convey the story. None of this was expected. 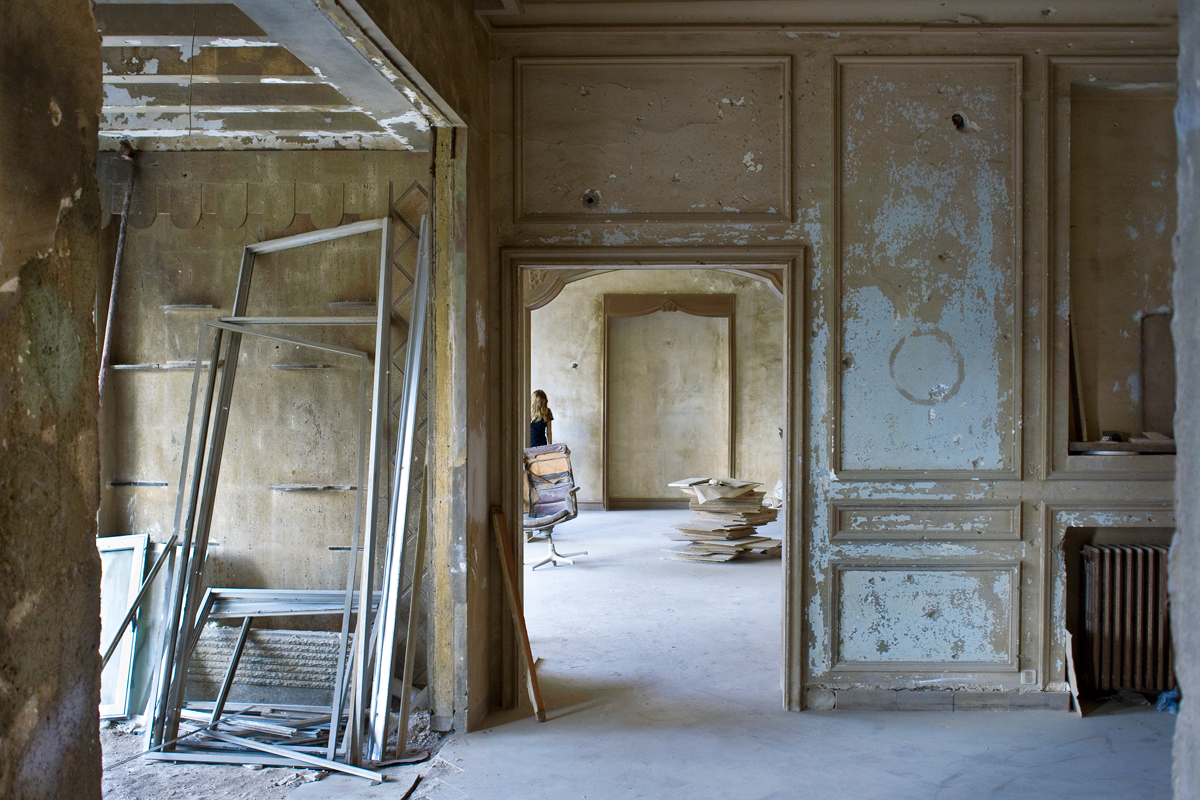 In 2018, you held a solo exhibition at the Sursock Museum titled “Abandoned Dwellings: Display of Systems.” How did this unique exhibition come about?

Abandoned Dwellings started in 2009 as a quest to recollect pieces from the city that were falling apart: buildings being torn down one after the other, neighborhoods changing their shape and identity. The project involved taking photographs inside the derelict spaces, collecting objects and documents belonging to the former inhabitants, and a survey of buildings that reached 750 units for Beirut city. From 2012 to 2016, this massive collection of documentation and narratives was organized within a PhD dissertation. The subsequent phase was to display the research through an exhibition that Karina El Helou curated at Sursock Museum. There was also a book that Valérie Cachard edited and Kaph Books published. In 2019, a second and different exhibition was presented in Brussels at Villa Empain, which itself had been abandoned before the Boghossian Foundation acquired it and turned it into a space for art and culture.

The explosion in Beirut on 4 August 2020 had a colossal impact on the city. What has been lost in terms of art?

The 4 August 2020 explosion is a tragedy. The number of casualties and destruction caused is incomprehensible. Gaia Foudolian of Letitia Gallery and Firas Dahwish of Agial Art Gallery were sadly killed. Jean-Marc Bonfils, architect and colleague at Alba, died after he was filming the fire from his apartment in the building above Galerie Tanit, a building he designed. He posted the video on Facebook, so we almost witnessed his last moments on our screens. That was horrific. One month after the blast, Lady Yvonne Cochrane, the founder of the Association for the Protection of Natural Sites and Ancient Buildings (APSAD), who had been injured, passed away.

All, or almost all, art spaces, galleries, artist studios, museums, non-profit organizations, libraries, schools, theaters, concert halls and clubs have suffered. Many were located in the neighborhoods of Gemmayze, Mar Mikhael and Achrafieh. But even those that were relatively far – as far as Alba in Dekwaneh and Galerie Janine Rubeiz in Raouche – were affected. Besides the structural damage, documents, artworks and technical material belonging to artists, institutions and private collections were entirely or partially destroyed. The Arab Image Foundation published the list of objects that need to be replaced; it is really impressive. In a private collection where I did and emergency assessment, 16 percent of the artworks had significant damage and 10 percent were in serious danger or entirely lost. Apart from public institutions – Sursock Museum, for instance, announced that 20 artworks were damaged – it will be difficult to ascertain the precise numbers regarding these losses.

The art scene was already struggling because of the financial collapse of the country — institutions surviving with fewer subsidies, commercial galleries and artists not knowing in which currency and at what price they shall sell their works. The worldwide COVID-19 pandemic was another burden, interrupting all kinds of events, fairs, festivals, concerts and plays and cutting revenue streams.

We witnessed a huge wave of solidarity after the explosion, and we can only hope that there will be a subsequent flow of funds to help stakeholders recover from this catastrophe. Some have organized their own crowdfunding, others are relying on institutional aids. I decided to do my bit to support Beirut Heritage Initiative, Sursock Museum and Arab Image Foundation by selling 10 photographs, which can be viewed on my Instagram page.

However, many artists and creatives are looking forward to leaving the country. When you take into account the number of Lebanese artists who settled in Berlin over the past few years, you can imagine what Beirut’s art scene will look like in the future. 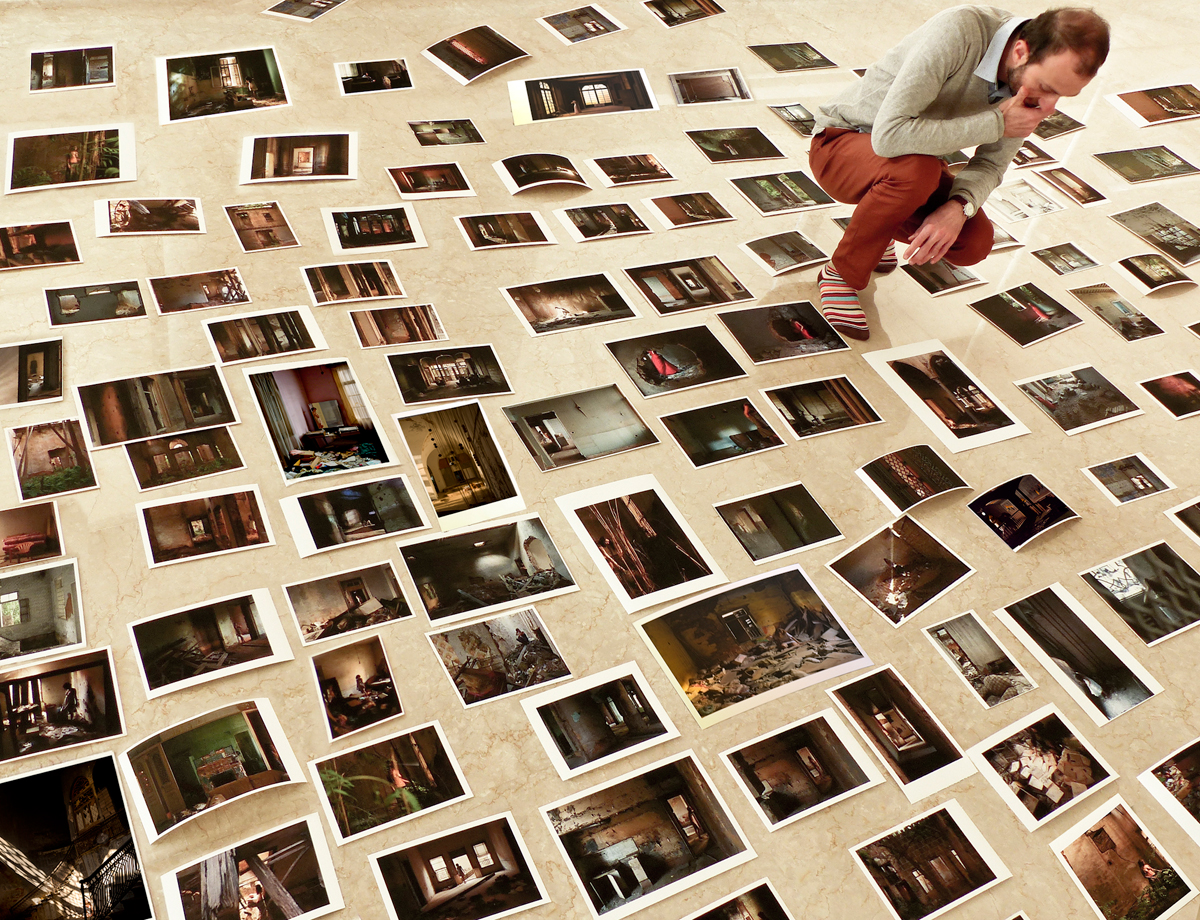 How did the explosion affect you personally?

On the day after the explosion, I wrote this as a caption for a post on Instagram:

“We are not well. We consider ourselves ‘lucky’ or ‘privileged’ for being in good shape, but we have countless people who are dead, injured, traumatized and homeless. Our country is ruined, and we are exhausted. We will never be well with these criminals.”

Two days later, after I accompanied my best friend to her former home in Mar Mikhael, I wrote this:

“We are not well. Standing on what was her balcony for three years until last month, when she moved with her partner and their dog to another neighborhood. Are we supposed to say they were ‘lucky’? There is blood — most of their former neighbors were injured — and parts are flooded because water tanks and pipes have exploded. We are alive, but somehow we are dead.”

One month later, these two statements are the most accurate descriptions of my state of mind. 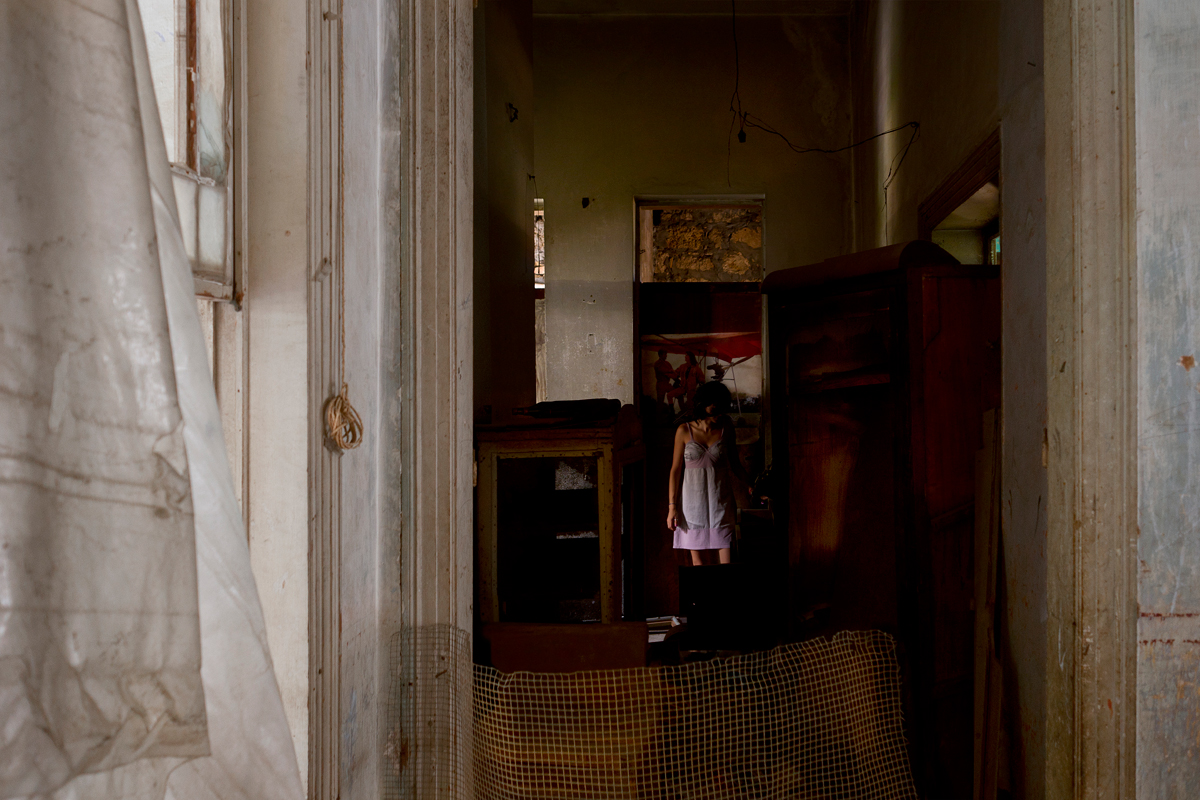 What needs to be done to protect Beirut’s heritage?

Beirut’s heritage has always been under threat because of wars and real estate speculators. The blast has destroyed what was left of the relatively well-preserved neighborhoods. In the context of the financial crash, there are serious fears that landlords would like to sell. In all cases, how will their repair their properties when the average cost for windows is twice the amount of monthly authorized bank withdrawals and nobody accepts checks anymore? Renovating an entire house or apartment seems like an unattainable goal. And what can be said about low-income families whose homes and small businesses (grocery shop, garage) have been wrecked?

NGOs are doing a formidable job, and many initiatives have helped in terms of cleaning up, assessing the damage and accomplishing the emergency tasks to protect the buildings that are in danger of collapsing. There is a real urgency to have this done before the rain sets in, otherwise the conditions of many structures will deteriorate. The mission is enormous due to the number of buildings and the amount of work concerning those of heritage.

A group of experts and organizations have created Beirut Heritage Initiative. The idea is to carefully organize efforts on several levels: financial, legal, technical, etc. It is very important to remember that the issue here is not just the bricks and mortar but the residents themselves who must recover their lives.

On a positive note, if the reconstruction efforts are efficient, specialized artisans in stone, metalwork, wood and glass will have more work, and there will be a transmission of their know-how to the younger generations.

What are your hopes for the city?

We are living cataclysmic times, and it is very difficult to have hopes. We are fighting, doing whatever we can do, but I don’t focus on the future; I live the present day, that’s all.