Note: You will receive the download link in your inbox.
MusiciansPeople

Lebanon isn’t short on musical talent, even the heavy metal kind. We go backstage with JP Haddad, founder, vocalist and guitarist of KIMAERA, to learn more about the metal scene at home and abroad as the band celebrates its 20th anniversary and the release of a new single. 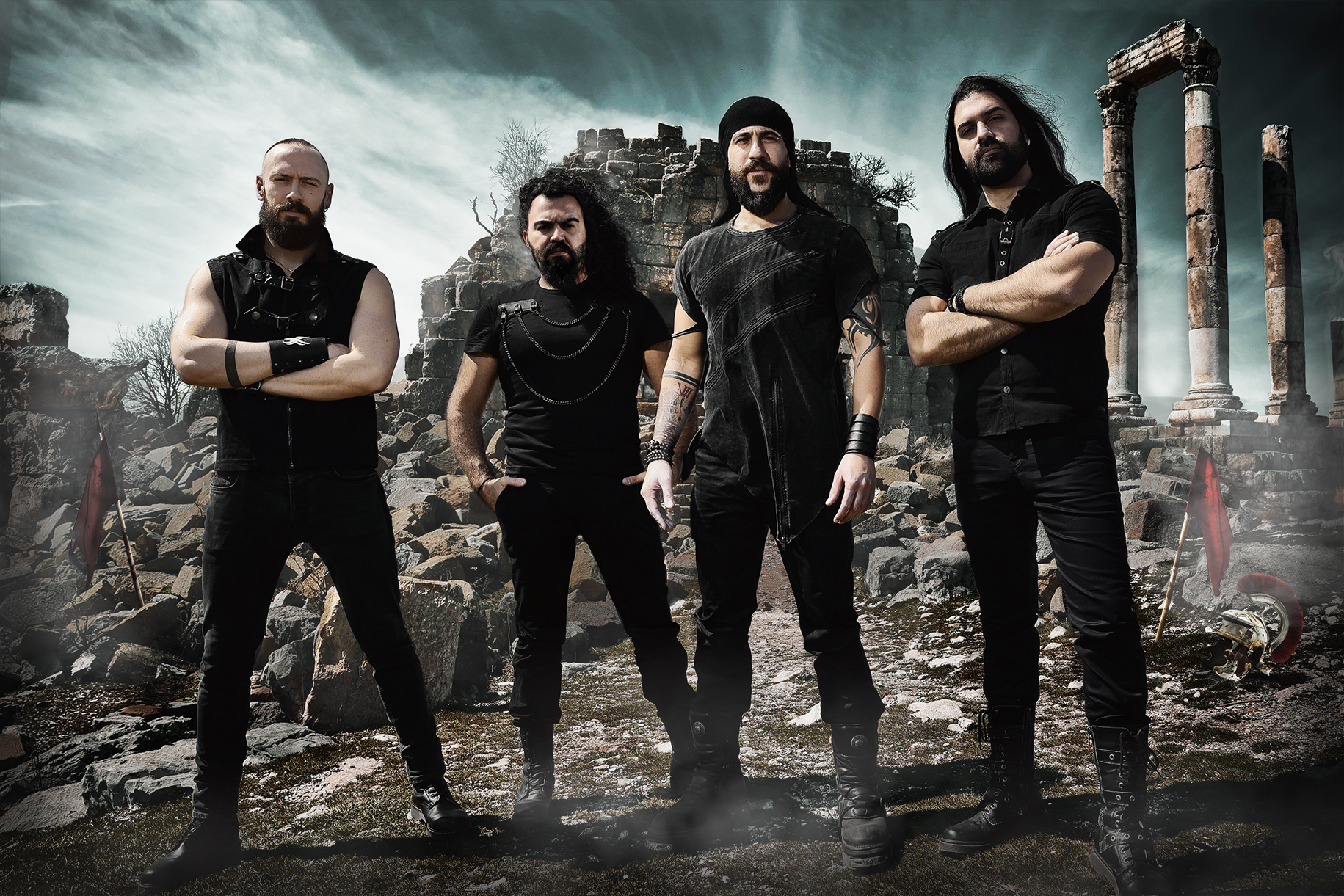 Although your music is niche, you’ve secured several record deals and toured in Europe and the Middle East. What’s behind this success?

It all boils down to hard work and 20 years of dedication. From the early years of KIMAERA, my main focus was getting the band to be recognized internationally and not just locally.  So when we recorded the first album, I put all my efforts into finding a European record label and promoting the album abroad. It took us six years — it wasn’t easy to find a label that would be interested in releasing an album for a Lebanese metal band — but we managed to do it, and it was definitely a turning point. Our first album, “Ebony Veiled,” was released in 2006, and our first international concert took place in 2008. 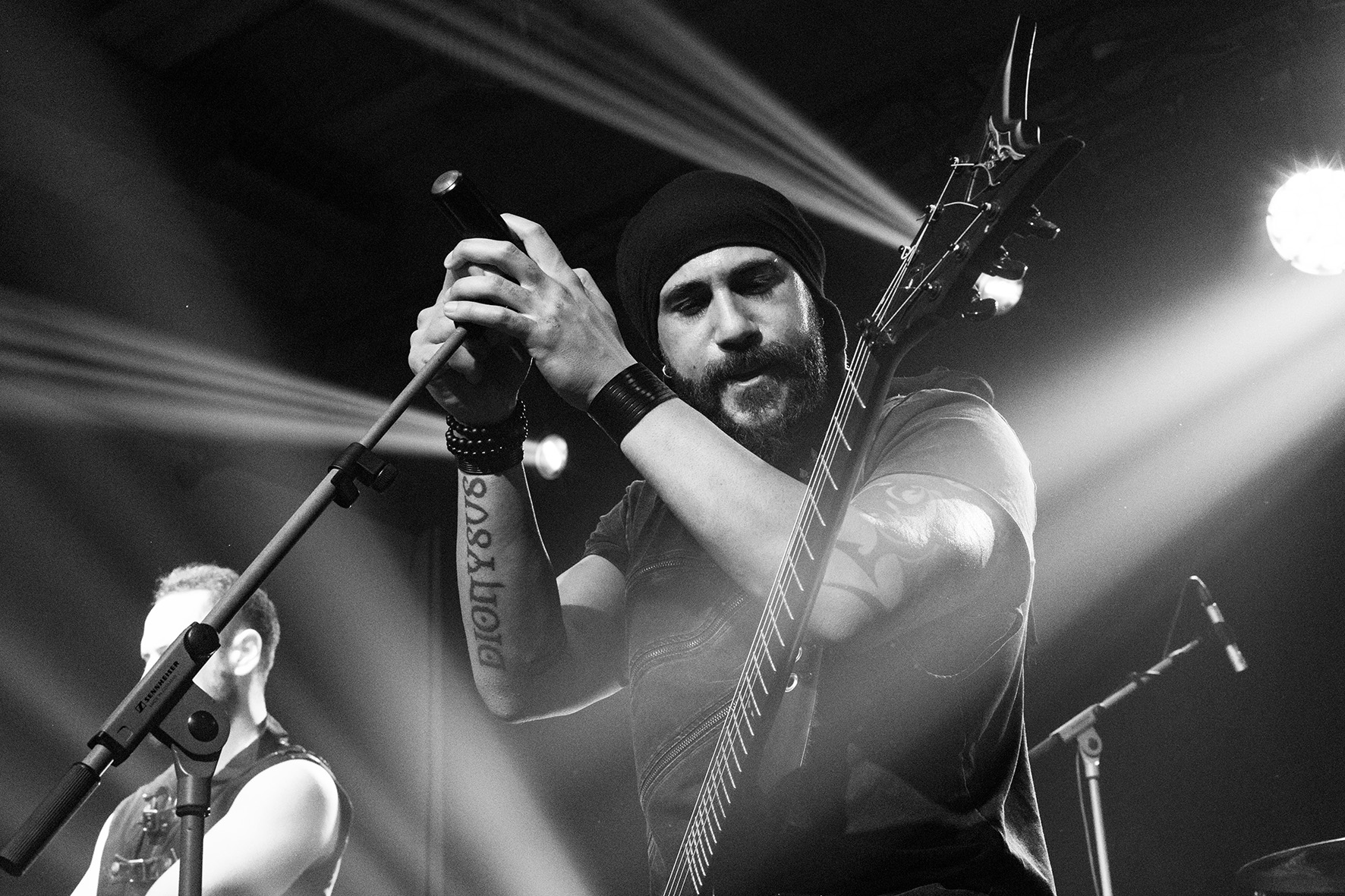 This year marks the 20th anniversary of KIMAERA’s formation. How has the Lebanese metal music industry evolved over the past two decades?

Lebanese bands have come a long way since then, of course. Everything has changed and evolved, and it is much easier to reach an international crowd through different platforms and get your music heard. If you have the talent, people will recognize it. Many local bands have managed to go on tours and play at different festivals around the world. As for the local metal scene in general, ironically, it is used to be more active. Concerts and festivals used to take place every couple of months — private metal events, a lot was happening. This has changed over the last few years, not drastically, but most of the older generation would agree.

What has been the greatest highlight and biggest challenge the band has faced?

Undeniably, the greatest highlight was performing at “Masters of Rock” in the Czech Republic in 2010. It is one of the biggest metal festivals in Europe, attended by thousands of people. We were happily surprised to see so many fans in the front row wearing KIMAERA t-shirts. This was a driving force for the band to move forward and keep doing what we’ve always wanted to do.

The biggest challenge has just been trying to maintain a band over the years. Many members have come and gone, we’ve suffered many setbacks, and there’s been a lot to handle. It is never easy to find dedicated and professional musicians here who have the same vision and goals. But that was in the past, and now we have the perfect lineup. Things couldn’t be better, knock on wood! 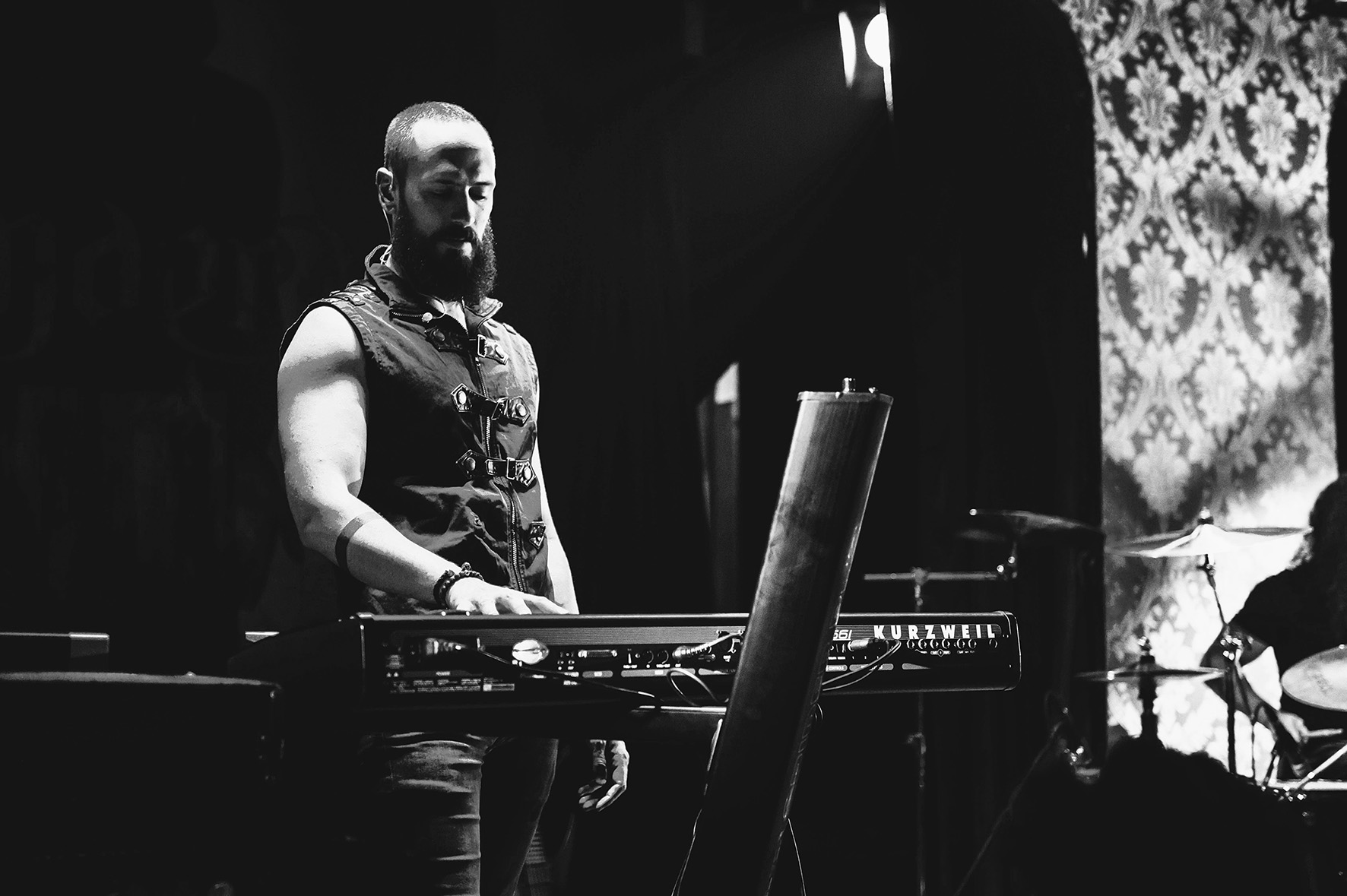 What can you tell us about “Vi Divina,” the second single from your fourth album?

KIMAERA’s third album, “The Harbinger of Doom,” was released in 2013, and the fourth album has been in the works since then. Unfortunately, it couldn’t be finished until recently due to many reasons, which I won’t go into. We released a single “The Die is Cast | Alea Iacta Est” in 2017, and the second single “Force Divine | Vi Divina,” along with a lyrical video, a few days ago. What I can confirm is that the new album will be out this year to celebrate our 20th anniversary.

Roman history is a recurrent theme in your music. To what extent are you inspired by Lebanon’s links to ancient Rome?

The fourth album revolves around Roman history and its past glories, starting with the rise of Julius Caesar and the early years of the Roman Empire. Lebanon, of course, was part of a Roman province, and we have ruins almost everywhere; one of the best-preserved temples in the world can be found in Baalbeck, for instance.

The saying “we are all Romans” is relevant; Rome is everywhere in the modern world. Our inspiration comes from everything around us, here and abroad. Rome has affected society in many aspects: law, democracy, languages, military strategies and tactics, day-to-day life, literature, art, infrastructure and civilization. Most importantly, for a death metal band like KIMAERA, influence comes from the power, glory, conquests and rule that Rome represents. The history is so rich that it provides us with plenty to write about. It goes perfectly with the epic music that we are working on, especially with the use of instruments from the East and the West, ancient and modern, and the combination of heavy guitars to capture the whole feel. 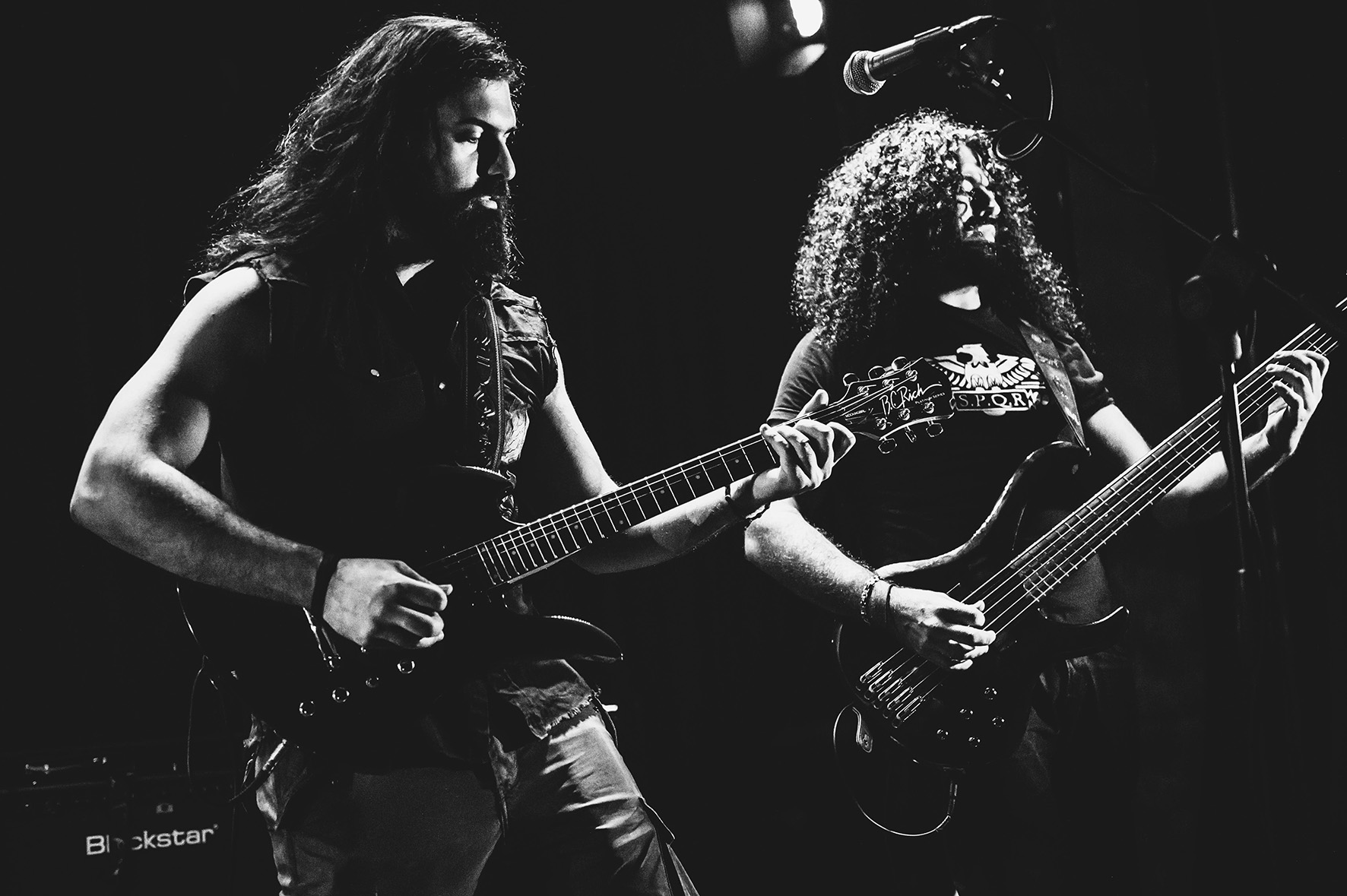 How hard is it to blend traditional instruments, such as oud, with heavy metal?

Actually, it is not that hard. Our goal is to avoid making traditional instruments seem forced in the songs but rather feel natural and authentic. This been a major challenge for many bands who tried to do it — it just didn’t always work. We are really happy with the outcome. Combining different instruments, traditional and modern, fits the concept brilliantly, as I mentioned before.

In theory, to be able to combine oud and other traditional instruments with heavy metal requires great musical knowledge, especially in oriental music. Our guitarist Pierre Najm has got it. So Patrick, Pierre, our keyboardist Charbel Abboud — who is a master in orchestration — and I have been working closely to get it right; and I can safely say that this is the best album the band has made so far.

When you’re not performing, what do you and the band members enjoy doing?

When we are not performing, we always try to get together for drinks in Badaro and talk about making music. We simply can’t stop discussing KIMAERA-related matters whenever we meet!

I personally spend most of the summer at the beach due to my work in bar and beverage management. You’ll often find me in Tyre or Batroun. 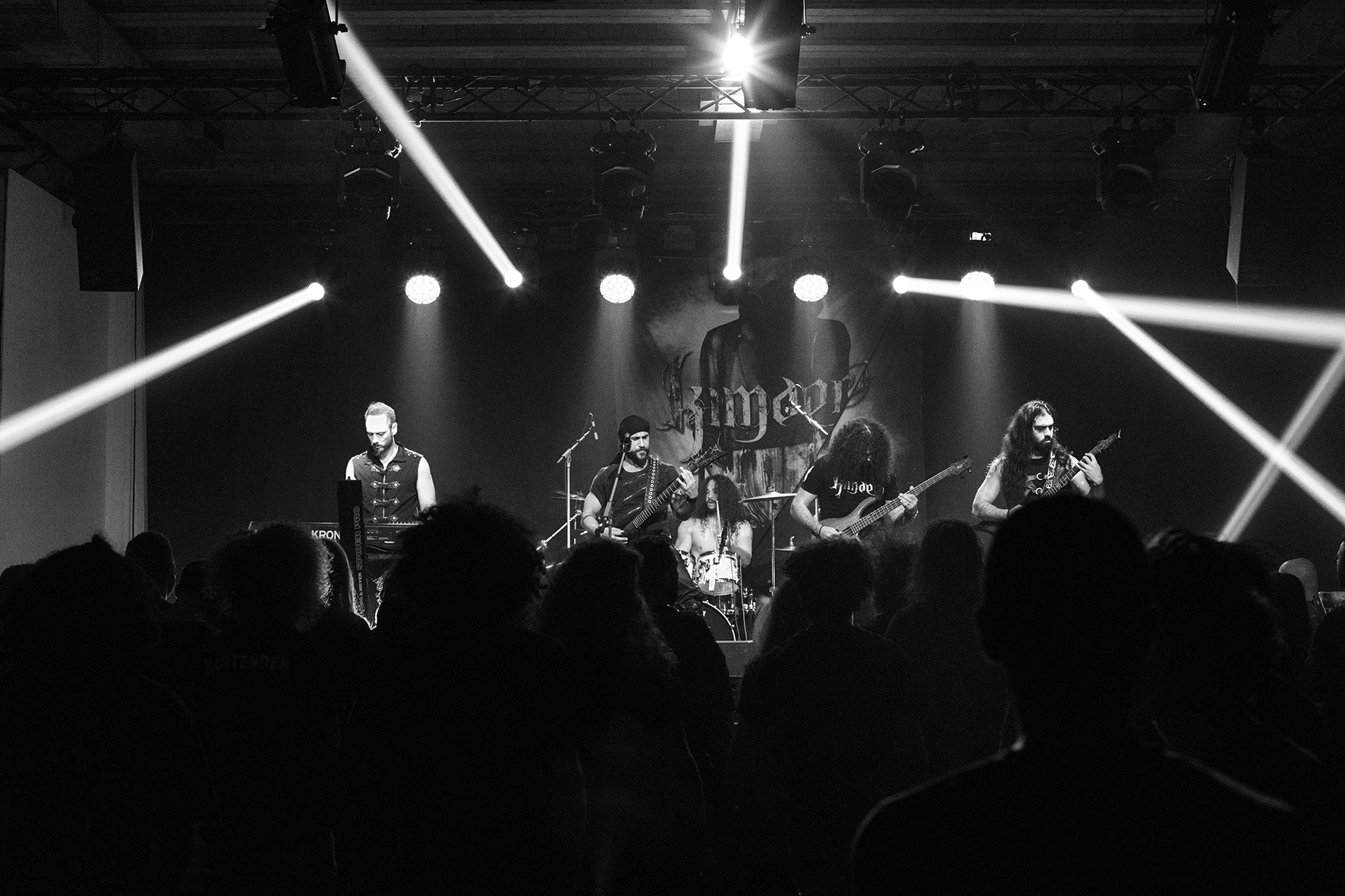 What can we look forward to from KIMAERA this year?

KIMAERA will be releasing its fourth album, and once everything goes back to same form of normality around the world, we will definitely plan a concert in Beirut and maybe even a tour in Europe.

Click here to listen to “Vi Divina” and more from KIMAERA.