A picturesque beauty spot with plenty to offer, we visit Sir el Denniyeh with Lebanon Untravelled.

Sir el Denniyeh is located in North Lebanon, just 12km from Tripoli. Perched 950m above sea level, it is a village admired for its magnificent landscapes and natural resources. Its underground water reservoirs are known to be the largest not only in Lebanon but across the entire Middle East. There are also more than 200 springs reaching as high as 1,713m above sea level. Given that the land is highly fertile, the economy of Sir el Denniyeh relies largely on agriculture. 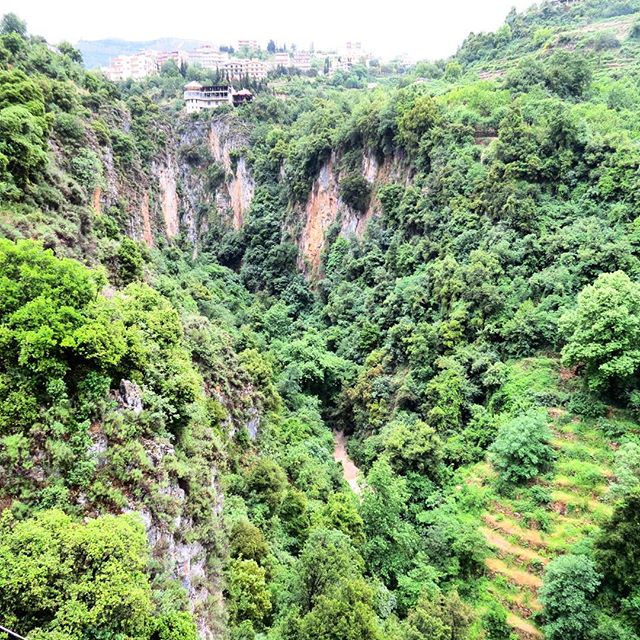 It only takes a few steps into the Zahlan grotto for the natural beauty of the mesmerizing calcite formations that cover most of the walls and the ceiling to take effect. Set in strata of calcium and dolomites, the Zahlan cave belongs to the late Jurassic period. It is considered to be the largest in the region, measuring 200m and consisting of three parts: the current cave, a lower cave and a third cave at the bottom of the valley, where the Zahlan fountain gushes out. 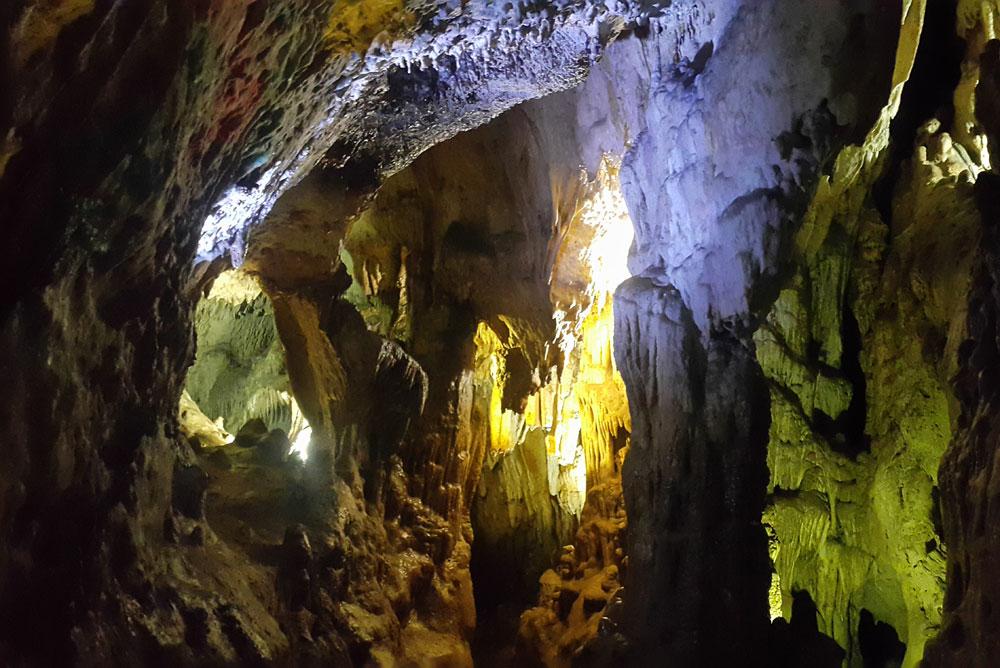 The discovery of human skeletons, animal bones and tools dating back to the New Stone Age indicate that the grotto was once inhabited.

The Sfireh Temple, one of the largest of its kind in Lebanon, was constructed in the second century A.D. during the reign of the Roman Emperor Septimius Severus, who is believed to have lived there for four years. After several phonetic adaptations from Severus to Sfeirus, the temple became commonly known as Sfireh. Measuring 30m by 15m, the rectangular shaped temple is almost completely intact, with the exception of the roof. 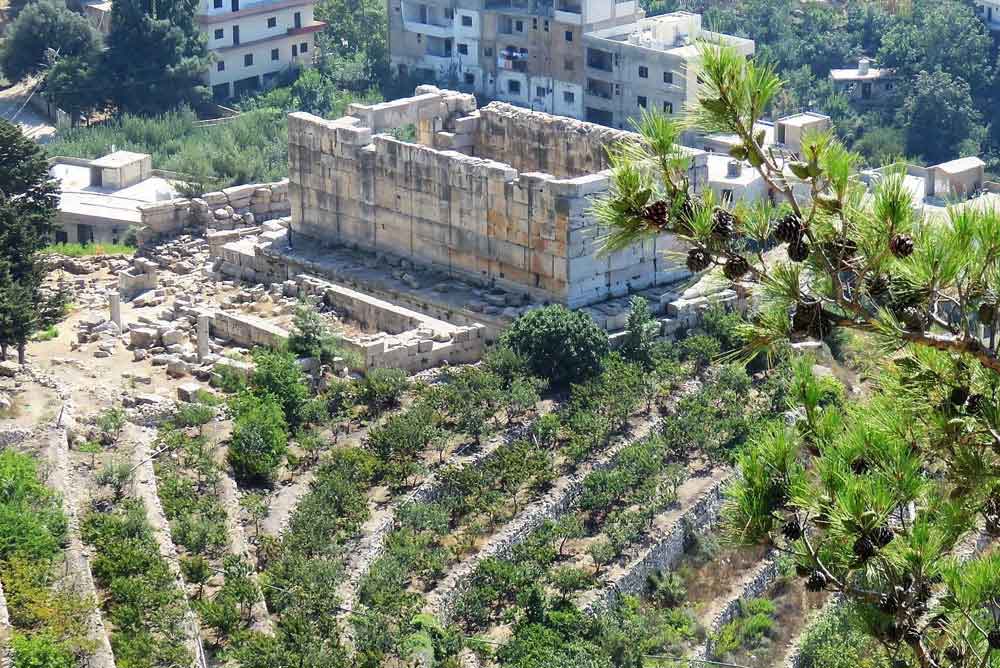 The facade has three main doors, the middle one being the largest and the only door that is decorated. The door to the left leads to the terraces of the temple, while the right one leads to a crypt. Visitors will notice ancient Greek writing on parts of the rock.

True to its name, Qasr el Ahlam is a real “Palace of Dreams,” built by Lebanese visionary Mohamed al Hawchar. Covered with colored stones collected from around the world, the palace took an incredible 25 years to complete. The result is a true work of art that bears some similarity to Gaudi’s renowned Park Guell in Barcelona. 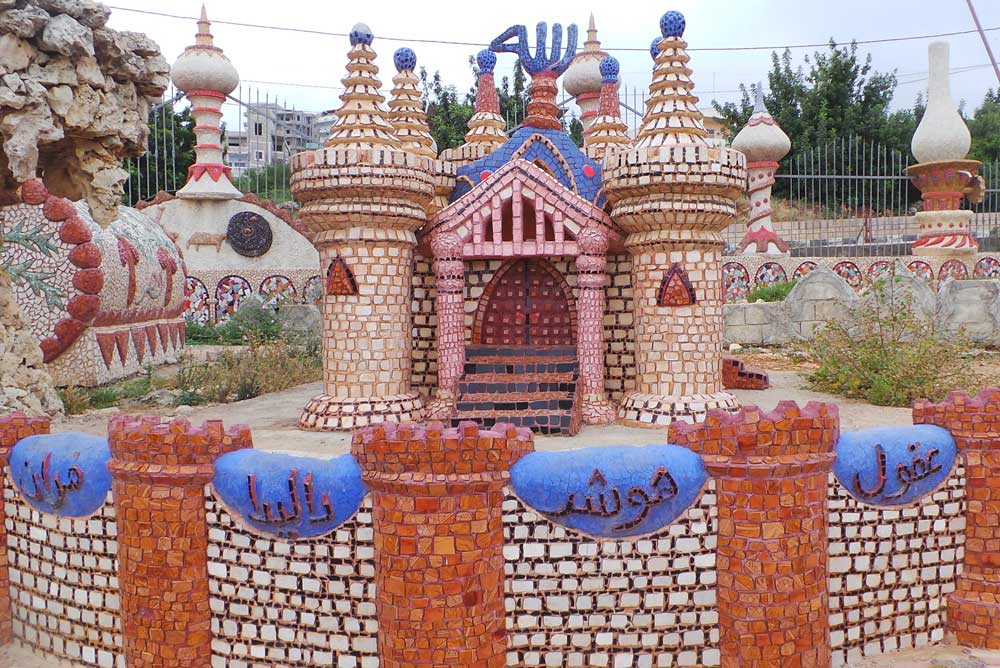 Surprisingly, Qasr el Ahlam is a gem in the village of Bakhoun that not many people are aware of, making it an absolute must for visitors to Denniyeh.

For those who enjoy cycling, the scenery throughout the trail is captivating. The journey begins on the agricultural roads in Bqaa Safrine and continues through cypress and oak forests, where you can enjoy the serenity of nature. The trail peaks at 1,000m above sea level, an area often covered in snow during the winter months. Given the difficulty of certain sections, a professional mountain bike is essential. 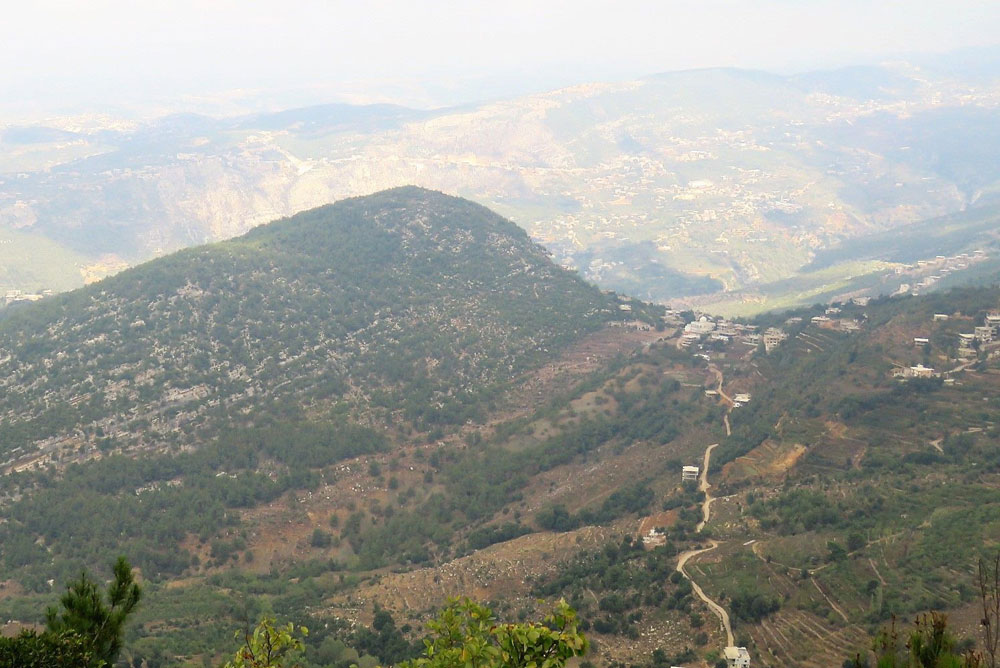 Sir el Denniyeh is well known for its delicious fruits and vegetables, which grow abundantly on the fertile land. It is also an area famous for dairy products. Be sure not to miss the local specialty halawat el rizz, generously stuffed with cheese. The rice flour is not only cooked for four hours, it is also beaten by hand for another hour to give it its mouthwatering consistency. The result is a lokhoum-like texture that is simply irresistible! 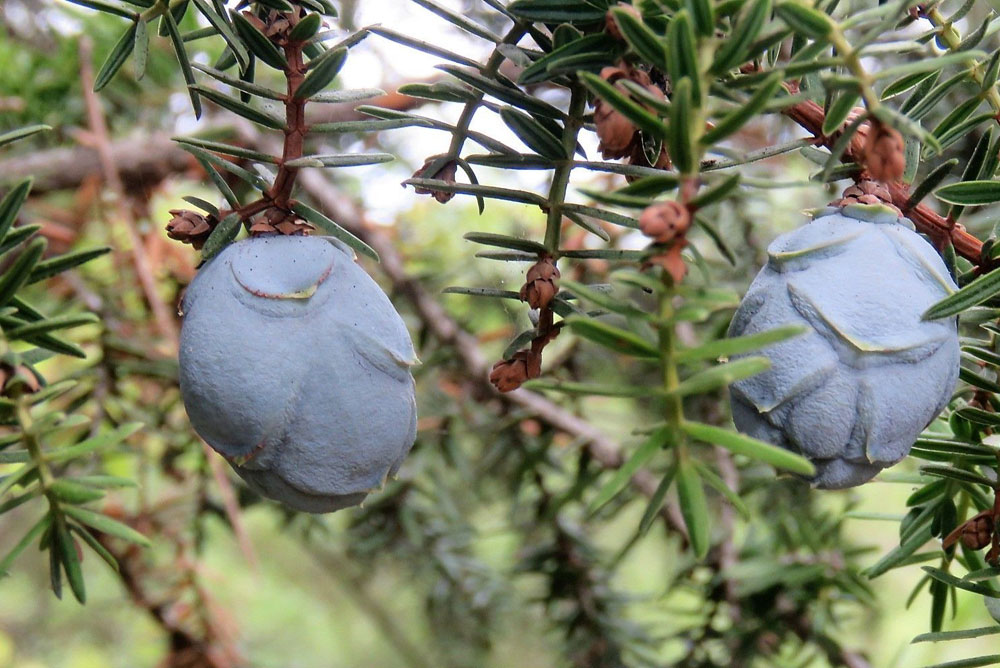 Hotel Jazar, also known as Syr Palace Hotel, is located right in the heart of the village. The pink 1930s building is beautifully preserved, offering guests a choice of 24 charming rooms where they can enjoy a truly unique experience of traveling back in time to a golden era. 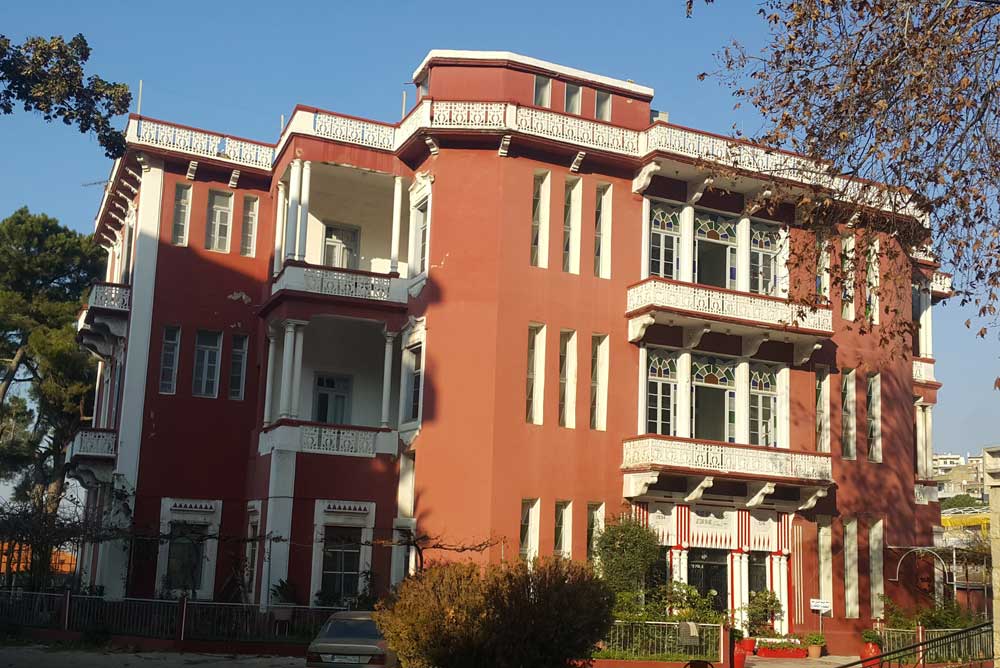 Abou Nawas also serves Lebanese cuisine and is known for its panoramic view.
(06 491555)