WHAT’S TRENDING ON LT
5 Ultimate Spring Road-Trip Destinations
10 Things to Do in Chouf
5 Things Foreigners Should Do in Lebanon
The History Behind Beaufort Castle
Beirut’s Mesmerizing MIM Museum
10 Photos That Will Make You Fall in...
Mini Guide to Chtaura
10 Things to Do in and Around Zahle
Lebanon’s Five UNESCO World Heritage Sites
5 Ultimate Tips for Your Next Camping Trip
Latest in LebanonLT LovesNews & Editor's PicksTrending

Through “Haneen,” a collective work of Lebanese and Syrian artists on the impact of war on childhood, two nationalities unite to speak with one voice. The exhibition exposes intense feelings of loss, fear, struggle and trauma experienced by 39 Syrian children living in different informal settlements in Lebanon, their poems and stories interpreted by 47 Lebanese and Syrian artists.

It is perhaps no coincidence that this powerful exhibition takes places at a Beirut landmark that has borne witness to overwhelming suffering. “Beit Beirut was undeniably our first choice [for the exhibition], a building we all hold dear and representative of our scars of war: a place that stands as the memory of war,” says Chadi Aoun, the curator of “Haneen.”Aoun is also one of the exhibiting artists, whose work depicts a 14-year-old child bride forced to marry a man more than twice her age. It is a tragic story told by Fatima Al-Tamer, a youngster from Idlib. “It was impossible not to partake in the endeavor and choose a story to illustrate. The initiative takes you by the heart – so I jumped in naturally,” adds Aoun.Interestingly, the artists involved in the project are all children of war themselves, many having grown up during the Lebanese civil war. 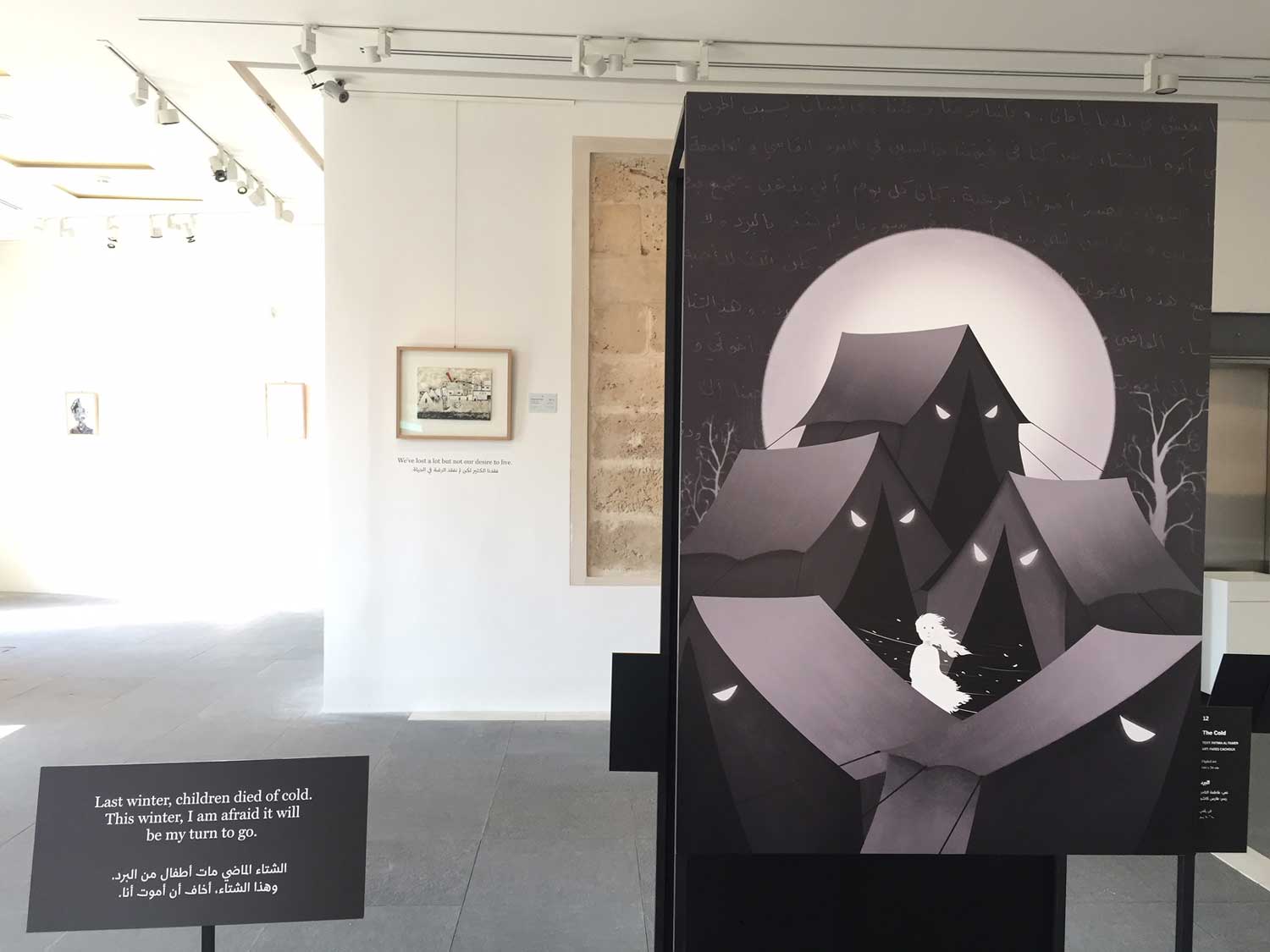 The cold that children had to suffer