WHAT’S TRENDING ON LT
Lebanon’s Five UNESCO World Heritage Sites
5 Ultimate Tips for Your Next Camping Trip
5 Places in West Bekaa Worth Visiting
Discovering the Beauty of the Cedars of God
La Datcha: Haven in Akoura
5 Things to Do in Akkar
Digging into Sidon’s History
Baalbeck: the ‘Sun City’
10 Things to Do in Anjar
Exploring Baskinta with Al Wadi Al Akhdar
Explore LebanonForests & Nature ReservesHikingMount LebanonRegionsSustainable TourismThemesWhat to DoWhere to Go 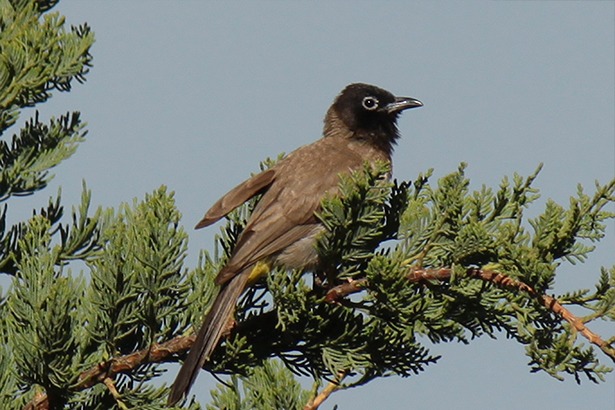 Just 50 kilometers northeast of Beirut is one of the country’s most diverse natural heritage sites. Today, dedicated conservationists are working to safeguard it through sustainable ecotourism and local development projects. Since Lebanon has its fair share of protected sites, safeguarding flora, fauna and animals, it was delightful to hear that in February, the area of Jabal Moussa, a biosphere located in the Keserwan Jbeil area of Mount Lebanon, was granted a protected status by the Ministry of Environment. Jabal Moussa was designated as the third biosphere reserve in Lebanon in 2009, as part of the UNESCO Network of Biosphere Reserves under the Man & Biosphere (MAB) program.

The Biosphere Reserve is divided into three core areas: a region for expert visits and research, a buffer zone where more ecotourism activities take place, and a transition zone that allows human activity and use of land. The transition zone covers around half of the reserve’s area, and its predominant land uses include: forest management, charcoal production, traditional agricultural activities, fruit trees plantation, grazing and seasonal recreation.

Trail guides chaperone visitors to ensure they inflict only minimal damage on the environment and are able to navigate the tricky trails safely. Locals have been trained to serve as guides and guards, while women from the rural areas are now selling their traditional food, “mouneh”, including kishik, tomato syrup, zaatar (thyme) and hosrom (juice from grape vines), as well as handcrafts. In addition, local families are trained to run guesthouses for visitors, who choose to stay the night.

Flanked by the Nahr Ed-Dahab and Nahr Ibrahim rivers and rising 350 to 1,600 meters above sea level, it forms a stunning natural oasis. The steep mountains make a thrilling but hard hike for trekkers. It also has nurseries dedicated to reforestation and preserving biodiversity. Although it sits on a relatively small area, 12,500,000sqm, Jabal Moussa is notable for its rich diversity. Home to 715 different plant species, 26 of which are endemic to Lebanon and 6 of which are unique to it, the reserve offers something new, even for the experienced hiker or conservationist. 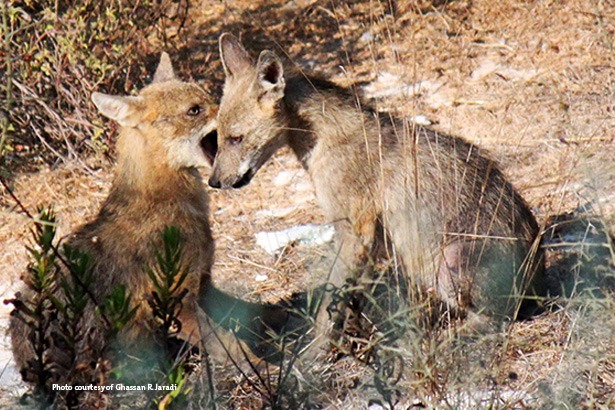 The mountainous ecosystem gives rise to a number of eco-zones. Designated a Global Important Bird Area in 2009, Jabal Moussa hosts 83 bird species, of which 7 are regionally or globally threatened. There are 23 mammal species in the reserve including the squirrel, wolf, hyrax, and hyena. Out of the 23 species, which are wholly or partially limited to the Middle East region, 8 are regionally threatened and 6 are significantly declining.

It houses rare sites like the Mar Geryes monastery, constructed in the 14th century, but still used by locals to commemorate mass on St. George’s Day and a unique inscription, reserving four tree types for the personal use of Emperor Hadrian (76 – 138 A.D.) and allotting the rest for the people. 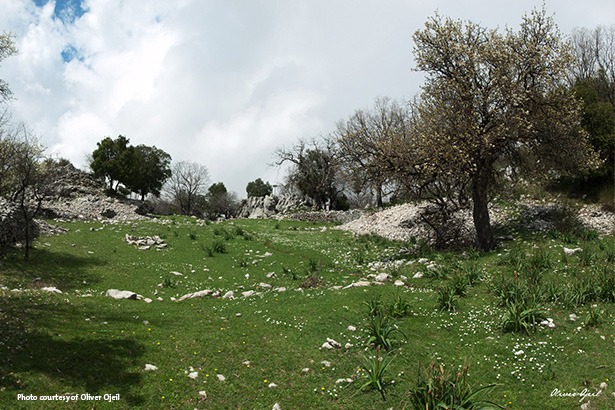 Hikes are organized on the reserve all week, after which you can enjoy a traditional homemade lunch at a local house. A popular hike begins by going up the Roman stairs from Mchati to the main entrance of the reserve in Qehmez, from where you walk up the El Bouyout Stroll trail. This trail passes by Bir el Masbek, an old well found on the mountain, three old houses known as El Bouyout and an old water cistern used by the people who lived there. Then, go down Hadrian’s trail stopping to see his inscription.

To book your hike (and the optional lunch);

After visiting the Jabal Moussa Biosphere Reserve in 2011, Najib Qassar was inspired to write his first story in a series of books about the reserve. Wanting to increase awareness about the importance of preserving the environment, he chose the hyrax – a furry, chubby animal the size of a rabbit – as the main character for his comic stories. The story takes young readers on a tour through Jabal Moussa and introduces them to its flowers, animals and birds. Qassar, who recently finished writing the first story in the series, called “Hyrax! Hyrax!” in Arabic, hopes the book will be distributed to students in schools near the reserve, and later to all Lebanese schools.