The Grand Sofar Hotel has reopened its doors for the first time in decades this month, allowing visitors to explore the once-opulent halls where the likes of Oum Kalthoum and Asmahan spent their summers.

Built in 1892 by Alfred and Michel Sursock, the hotel was abandoned in 1975 when the Civil War broke out, leaving it vulnerable to looters and vandals. But artist Tom Young’s 40-painting exhibition, The Grand Sofar Hotel, has now brought it back to life. 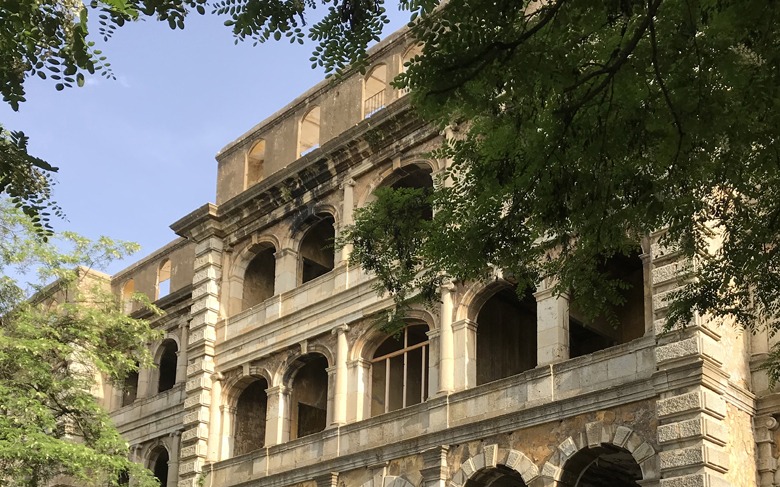 “It was one of the bigger hotels in Lebanon and was the first hotel in the country to get a gambling license,” Roderick Sursock Cochrane, grandson of Alfred Sursock, says. “During the Ottoman era and French Mandate, it was the hub of intrigue and gossip; everything happened here because it was only spot where everybody who was anybody could meet and stay.”

“People used to spend long summers in the mountains…and would come and stay here for three to four months,” he adds. 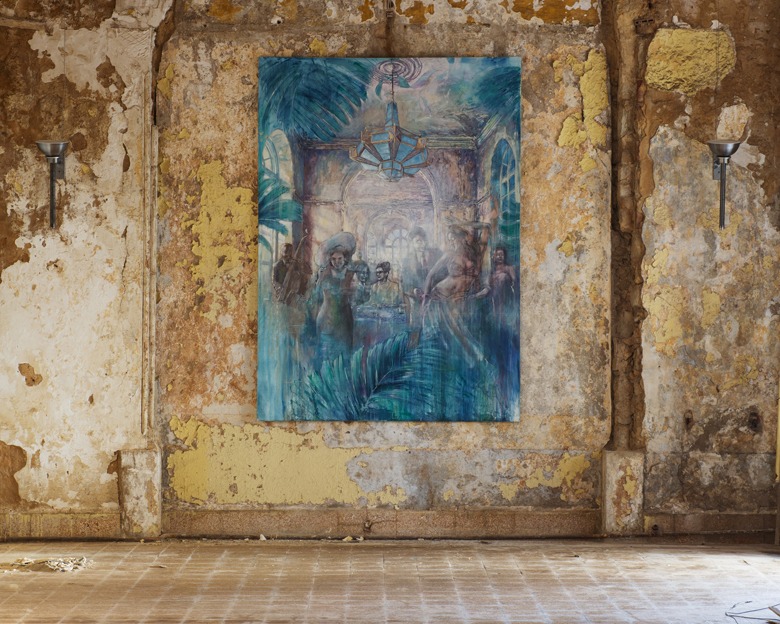 This place can never become a hotel again.

Young’s paintings are all inspired by the unique stories of the hotel. “There’s Sami Khoury who was the receptionist here who I interviewed,” Young says. “He told me about the time Sabah came here with one husband – Anwar Mansy the Egyptian violinist – and with another man who became her next husband. She spoke to both of them simultaneously; one in Egyptian the other Lebanese and Sami joked about that story.”

“[General Spears] had his first meeting with the French here in the 40s and that eventually led to Lebanon’s independence,” Young continues. “Also there was one of the very first meetings of the Arab League in 1947, when they were discussing the imminent disaster of Palestine alongside a British secret agent.” 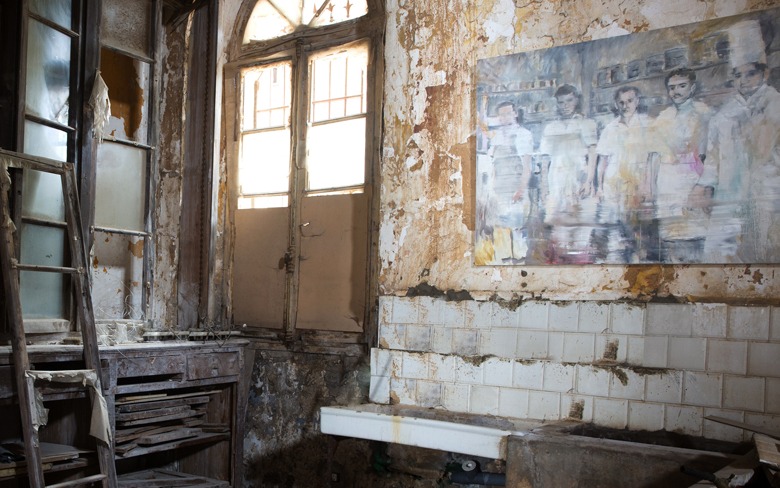 Recently Cochrane has been trying to bring life back into the place, with the hopes of turning it into a venue for cultural events or wedding receptions. Gates, waterproof roofing, electricity and a mix of old and new paving tiles have been added.

“It was left completely derelict and open to the elements and looters until 2014 when I took over and started working on it,” Cochrane shares. “We will keep it exactly the same, which is part of its charm, but we will make it functional. This place can never become a hotel again. I just want to preserve the hotel and its environment.”

The exhibition is running until 14 October. For more details, visit the Facebook Event Page.

6 Ways to Enjoy a Stress-Free Weekend...