WHAT’S TRENDING ON LT
Lebanon’s Five UNESCO World Heritage Sites
5 Ultimate Tips for Your Next Camping Trip
5 Places in West Bekaa Worth Visiting
Discovering the Beauty of the Cedars of God
La Datcha: Haven in Akoura
5 Things to Do in Akkar
Digging into Sidon’s History
Baalbeck: the ‘Sun City’
10 Things to Do in Anjar
Exploring Baskinta with Al Wadi Al Akhdar
CampingMount LebanonMountains & ValleysNorth LebanonOutdoor ActionRegionsThemesThings to doWhat to DoWhere to Go 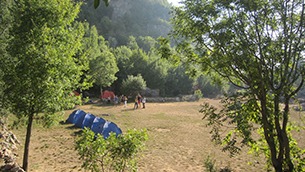 From the coast to Lebanese mountain villages, Lebanon is filled with campsites that offer great places to spend the night in the great outdoors. Here are our four picks for camping sites around the country. 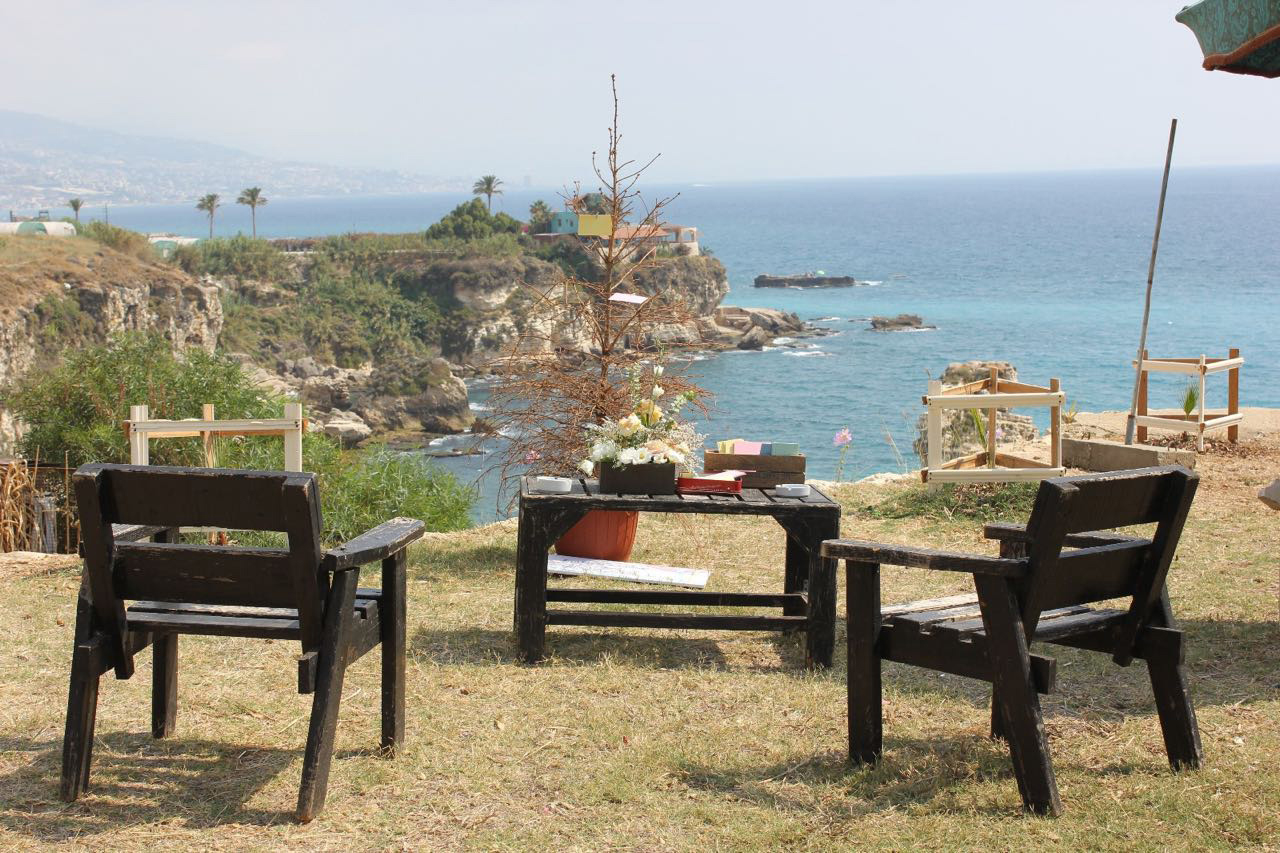 Where to Sleep: Stay overnight at the campsite with your own tent, rent a tent or stay in their two-bed tengalows, hotel rooms or chalets.

Where to Eat: Enjoy a meal in front of the sea at the campsite restaurant or buy fish from a local fishmonger and have a barbecue with friends. Alternatively, enjoy dinner at one of the typical seafood restaurants such as Babel El Baher (+961 9 620 999) or Chez Zakhia (+961 3 846 222).

What to See: Visit the house of the Zakhia family where Ernest Renan, the French historian and author of “Mission de Phoenicie,” stayed in the 19th century. Take in the beautiful old houses including those of the Lahoud family, built around 1838. Then take a tour of the village’s old churches, built on the remains of Roman temples, such as Saint George. Its altar has both Greek and Arabic inscriptions. 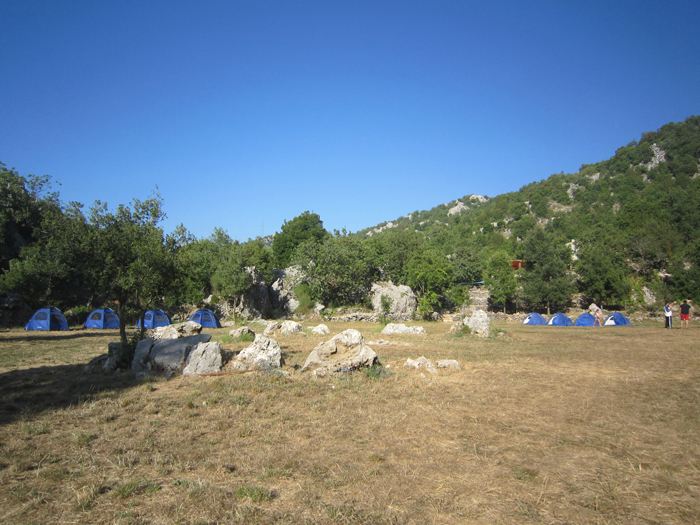 Chahtoul is a beautiful village located 32km north east of Beirut, 930 m above sea level. It is the hometown of Lebanese writer and poet May Ziade (1886-1941). Known as “the pioneer of Oriental feminism,” her statue is situated in the village. Chahtoul is famous for its pilgrimage site, the Church of Our Lady of the Fort (Saydet El Qalaa) and the cave where the Virgin Mary is said to have appeared.

Where to Eat: Enjoy a barbecue meal around the camp fire at Chahtoul Camping or classical Lebanese mezze (available on request).

What to Do: Enjoy eco-tourism activities organized by Chahtoul such as archery and climbing. 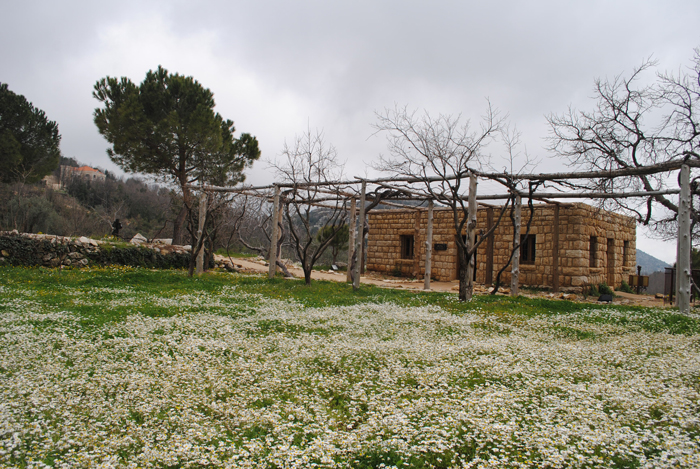 Located 55km north east of Beirut, set in a beautiful mountainous landscape, Lehfed village is the birthplace of the beatified Estephan Nehme and contains an archaeological Maronite monastery dedicated to St. Elijah (Mar Elias). This monastery was the seat of the Patriarch John VI Lehfed between 1251 and 1254. Nearby is the village of Annaya where Saint Charbel lived and was buried after his death in 1898.

Where to Sleep: Lehfed Country Club is a beautiful green spot for camping (+961 3 324 202), where campers can enjoy plenty of outdoor activities during the day, and spend evenings around a camp fire.

Where to Eat: Plan a picnic or have a snack at Lehfed Country Club or in the beautiful natural site of Mountazah Mar Challita. For a typical Lebanese mezze, eat at Elio Restaurant (03 398 644).

What to See: The district of Byblos is a rich area, full of interesting sites. On your way to Lehfed, visit the convent of Saint Maron in Annaya, the sanctuary of Saint Charbel, and the Hermitage of Saints Peter and Paul, along with the many historical churches of Lehfed. A small hike will take you to an old monastery dedicated to Saint Sabas, built between old oak trees overlooking the village. 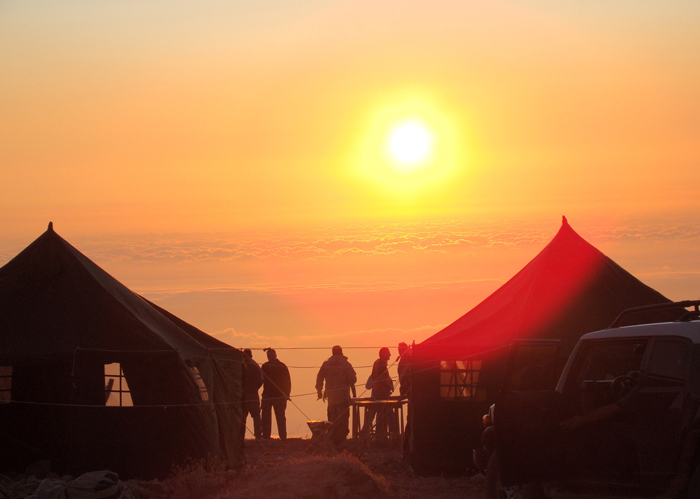 Ehden is a high altitude Lebanese village (1,500m) in the north part of Mount Lebanon. It is located in the southwestern slopes of Mount Makmal and Qornet el Sawda, the highest peak in Lebanon at 2,088m above sea level. The origins of its name are obscured by time and myth; one explanation is that it derives from the biblical Eden. There are 26 churches and monasteries in Ehden of which five are dedicated to the Virgin Mary and two are dedicated to Saint George. Ehden is also famous for its midan, the main square of the village, its old traditional houses, as well as the Horsh Ehden nature reserve.

Where to Sleep: A few kilometers from the village, 1,450m above sea level, Ehden Adventures (+961 76 556 887 – Ehden Adventures | Facebook – Ehden Adventures (@ehdenadventures) • Instagram ) offers an ideal site for eco-tourism activities and overnight camping. There you can stay in one of their ready-pitched tents or bring your own. It’s also equipped with a picnic area and toilets.

Where to Eat: Enjoy an ice cream stop at the midan of Ehden and eat mezze at Nabeh Jouit Restaurant (+961 6 561 310). The campsite also organizes special barbecues.

What to See: Hike inside Horsh Ehden and admire a mixed forest of juniper, fir and the country’s last protected community of wild apple trees, bordering patches of cedar. Ehden Adventures can organize eco-tourism activities in the area including hiking, archery, paragliding and abseiling.

How Chateau Musar Became One of Lebanon’s Finest Wineries