WHAT’S TRENDING ON LT
5 Things to Do in Akkar
5 Ultimate Spring Road-Trip Destinations
10 Things to Do in Chouf
5 Things Foreigners Should Do in Lebanon
The History Behind Beaufort Castle
Beirut’s Mesmerizing MIM Museum
10 Photos That Will Make You Fall in...
Mini Guide to Chtaura
10 Things to Do in and Around Zahle
Lebanon’s Five UNESCO World Heritage Sites
Art, History & CultureExplore LebanonLT LovesNews & Editor's PicksNorth LebanonPeopleRegionsThings to doTrendingWhere to Go 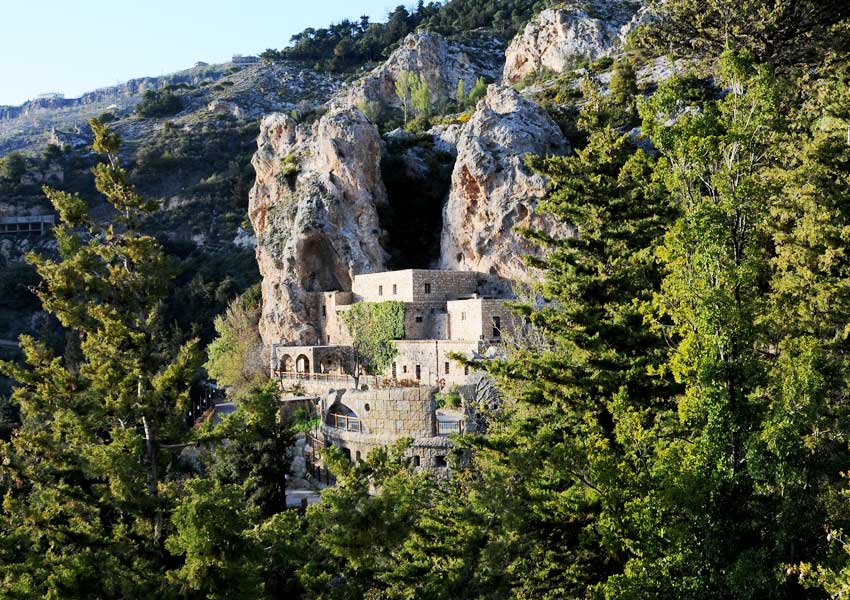 Set in an ancient monastery within the dramatic scenery of Bcharreh in north Lebanon, the Gibran Museum tells the story of legendary Lebanese poet Gibran Khalil Gibran

Set in the Qadisha Valley, the historic town of Bcharreh has a rather huge cultural heritage to boast of. It’s the hometown of celebrated Lebanese poet Gibran Khalil Gibran, the third best-selling poet of all time, following only Shakespeare and Laozi. Despite spending much of his life in the United States, Gibran remained connected to Bcharreh throughout his life and the town continually inspired his writings and appeared in his paintings. 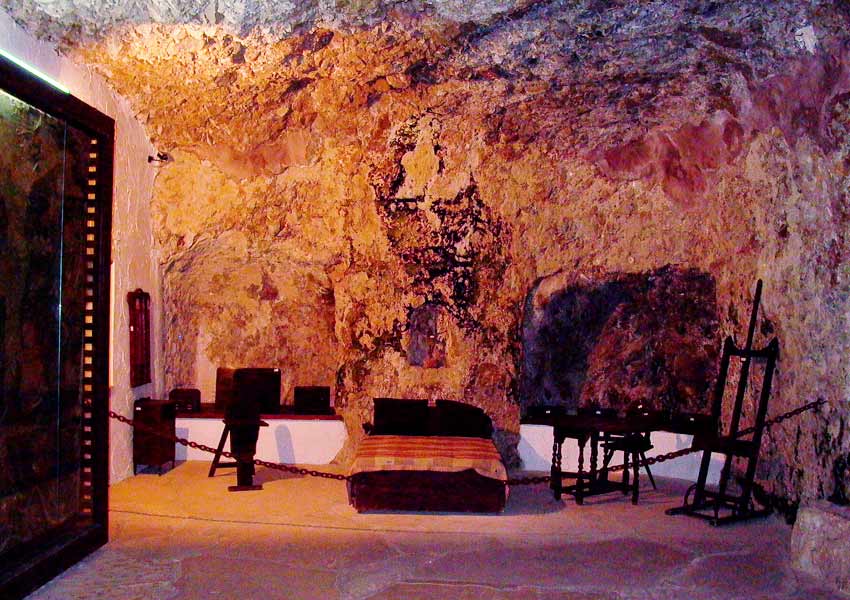 Gibran is, of course, best known for his 1923 book, “The Prophet,” a series of inspirational philosophical poetic essays written in English prose that have been published in over 40 languages. Writing in both Arabic and English, he’s considered a literary pioneer and rebel, breaking away from the classical style to create what became a new movement in modern Arabic literature.

“In ‘The Prophet,’ Gibran taught about love, peace and how to have human relationships – about marriage, family, children, justice, education, until death, even death he spoke about. I think ‘The Prophet’ is important because he treats these big questions very simply,” says Dr. Tarek Chidiac, president of the Gibran National Commitee (GNC).

influenced by his style and concepts. Marrash’s idea of universal love had a particularly big impact. Gibran’s great works were many, from his renowned poem “Pity The Nation,” reflecting his dream of his homeland being freed from Ottoman rule, to the 1934 philosophical literary work “The Earth Gods.” 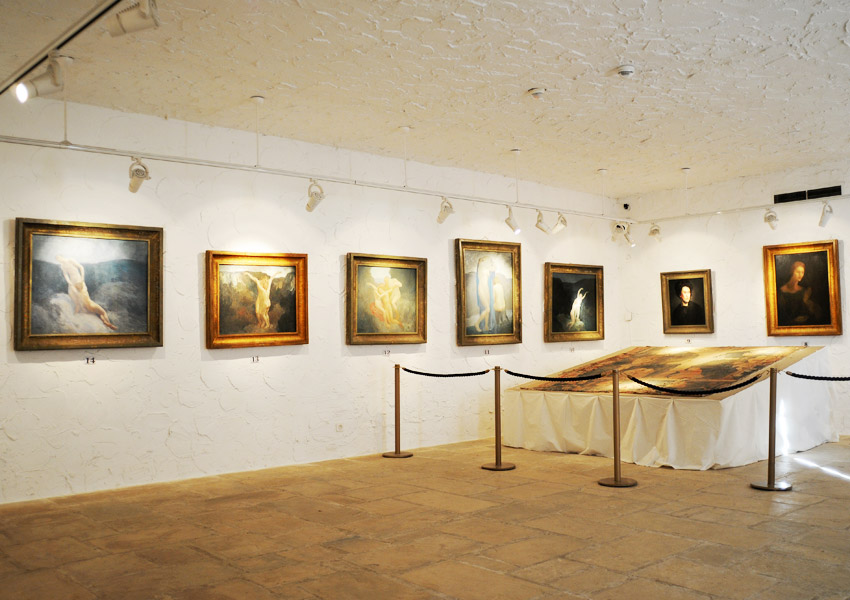 After a long scenic drive along the winding mountainous road to Bcharreh from Beirut, a road just before the town’s entrance that curves into the mountainside leads to the Gibran Museum. It’s located inside an ancient 7th Century hermitage; a small monastery, cut into the rocks, where monks once sought shelter. Having always said he wished to be buried in Lebanon, close friend and advocate Mary Haskell and Gibran’s sister Mariana purchased Mar Sarkis Monastery in 1932 on his request. His body was laid to rest there and his tomb remains there today, along with the contents of his New York studio, his private library, manuscripts and 440 original paintings, restored and transformed into a museum by the Gibran National Committee in 1975. “Even without Gibran, the monastery is a real museum by nature,” says Chidiac. “It’s very old and it’s carved into the stone of the mountain. It’s a very beautiful touristic site.”

The museum is a unique, atmospheric place – a maze of rooms with arched ceilings and stone interiors. His paintings are full of mysticism, showing naked human forms blending into one and ghostly portraits. Recreations of his studio give an insight into how Gibran lived, along with his library showing the books that once inspired him. 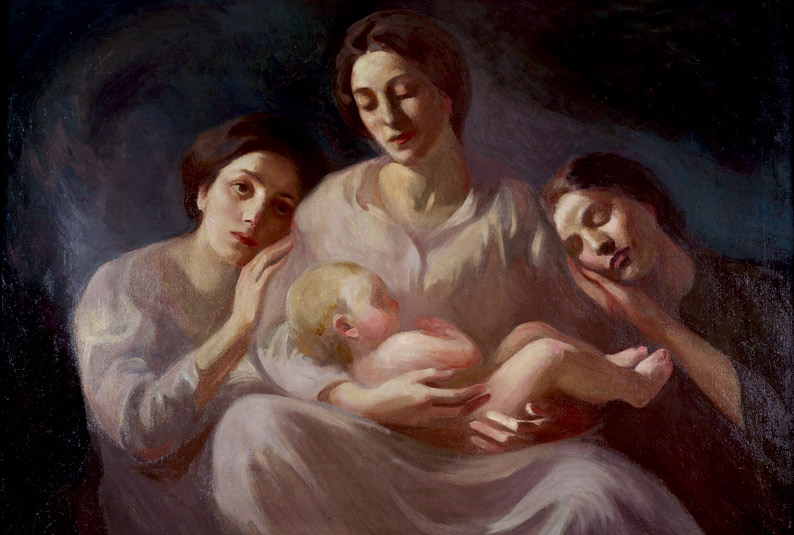 The non-profit organization GNC was founded in 1934 to manage Gibran’s legacy. The poet bequeathed all of his paintings, writings, scriptures and personal things to his hometown, also giving the future American rights of his books to Bcharreh to be used for good causes. They have been managed by the Committee to develop the town’s tourism and social activities. “Gibran loved Bcharreh very much. He spent his childhood in the Qadisha Valley. He knows about its history,” says Chidiac. “If you look in the background of his paintings you will see the mountains of Qadisha. It’s in almost all of his works.”

Along with preserving Gibran’s manuscripts, paintings and belongings, the GNC’s main aim is to disseminate his heritage. “We aim to spread Gibran’s thinking about life, society, his philosophy, with people all over the world,” says Chidiac, who first began studying Gibran around 20 years ago.

With The Prophet due to go into the public domain in the US by 2018 and many of the museum’s paintings in need of restoration, the committee have had to look for alternative ways to sustain their work. They’ve found success with a series of international exhibitions and conferences that started in Sydney, Australia in 2010/11, continuing with an exhibition in São Paulo, Brazil, a week-long conference on Gibran at the University of Maryland in the USA and an exhibition in Sharjah, UAE. Upcoming exhibitions are also planned in France and England. “The exhibitions have been very popular. With Gibran there are many topics to talk about and so lots of potential for exhibitions. Gibran is relatable to so many people. He was like a bridge between the Occident and the Orient,” Chidiac says.

As one of the world’s most popular poets, Gibran’s influence can be found everywhere from music to theater to cinema.
Here are just some of those he touched:

The prophet, the film
A 2014 animation starring the voices of Lebanese actress Salma Hayek and Liam Neeson, among others, The Prophet works as a great introduction to Gibran’s masterpiece. The GNC approved the script and licensed the film. (www.gibransprophetmovie.com)

Elvis was a fan
Elvis Presley received his first copy of The Prophet in 1956 and is said to have become deeply connected to it. Giving out copies to friends over the years, photographs exist of his handwritten notes under different passages of Gibran’s books.

John Lennon
“Half of what I say is meaningless, but I say it so that the other half may reach you,” from Gibran’s poem “Sand and Foam,” was used by John Lennon in “Julia” from one of The Beatles’ most renowned records, “The White Album.”

David Bowie
Gibran was also mentioned in David Bowie’s 1970 album “The Man Who Sold the World,” showing the poet’s ongoing popularity in the ‘60s counter culture.