WHAT’S TRENDING ON LT
5 Things to Do in Akkar
5 Ultimate Spring Road-Trip Destinations
10 Things to Do in Chouf
5 Things Foreigners Should Do in Lebanon
The History Behind Beaufort Castle
Beirut’s Mesmerizing MIM Museum
10 Photos That Will Make You Fall in...
Mini Guide to Chtaura
10 Things to Do in and Around Zahle
Lebanon’s Five UNESCO World Heritage Sites
Art, History & CultureLatest in LebanonLT LovesNews & Editor's PicksThings to doTrending 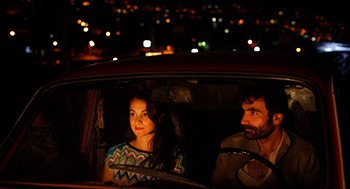 The long wait is finally over. “Still Burning” is in cinemas across Lebanon after more than one year of its first show in Dubai International Film Festival.

The drama by George Hachem, which stars Wajdi Mouawad, Adila Bendimerad and Fadi Abi Samra, is an independent production. Spread over three years between Lebanon and France, it is distinguished by the interplay in its stories where there is a movie inside a movie. Andre, a Lebanese filmmaker living in Paris, is making an autobiography called “Nar.” His mistress, who stars in the movie, is the wife of his friend Walid and the two old friends meet unexpectedly in Paris after many years.

Still Burning is the second feature film of Georges Hachem after “Stray Bullet” (2010), which was selected in many international festivals, including Montreal, London and Oslo, and was named Best Arab Film at Dubai International Film Festival.