WHAT’S TRENDING ON LT
Lebanon’s Five UNESCO World Heritage Sites
5 Ultimate Tips for Your Next Camping Trip
Discovering the Beauty of the Cedars of God
5 Places in West Bekaa Worth Visiting
La Datcha: Haven in Akoura
5 Things to Do in Akkar
Digging into Sidon’s History
Baalbeck: the ‘Sun City’
10 Things to Do in Anjar
Exploring Baskinta with Al Wadi Al Akhdar
LT LovesNews & Editor's PicksSustainableSustainable TourismWhat to Do 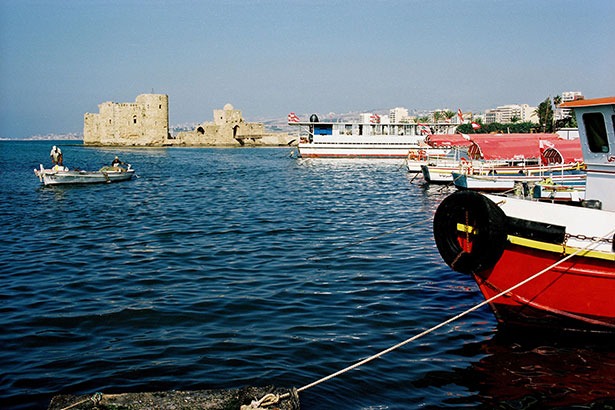 Lebanon is a country of incredible variety: stunning beaches to dramatic mountain vistas, ancient ruins to lively city streets, almost everywhere you go you’re likely to stumble across something picturesque.

Shooting what you see as you travel can be one of the most rewarding parts of a  journey and a great way to ensure you never forget the sights, sounds and smells of a country. Whether you’re a seasoned photographer or just starting out, all it takes to get some great shots is a simple DSLR camera and an eye for three things: light, composition and moment.

Beirut Street Photographers, a group of local amateurs and professionals, organize frequent trips to parts of Beirut and further afield, for anyone interested in photographing Lebanon’s bustling streets and welcoming people. Photography club Dar Al Mussawir also organize group outings to locations across the country and hold frequent photography workshops in English and Arabic. They also rent equipment, including cameras and tripods.

A Day Trip to the South

Follow in the footsteps of Jamal Saidi, Reuters’ ex-chief of photography in Lebanon and Syria, who featured Sidon and Tyre, picturesque cities perched on the Mediterranean coast south of Beirut, in his book “Lebanon: Beauty Beyond Belief,” released few years ago.

Easily accessible by bus or with the help of a local taxi company, these cities are the perfect places to take some shots imbued with history. Sidon’s stunning crusader sea castle is a great place to experiment with light, thanks to the beauty of the sunlight reflecting off the waves, which dapples the walls with ever shifting patterns. The ancient stone souk, with its pedestrian only alleyways, is also a wonderful place to capture children playing, photograph traditional artisans carving wood or welding metal, and spot the old wooden carts used to transport wares along the stone passageways.

For a change of scene continue on to Tyre, where the wide, palm-tree lined streets are the opposite of Sidon’s warren-like alleyways. The peaceful harbor on the tip of the peninsula is a great place to photograph fishermen in action. Afterwards, visit Tyre’s stunning Roman hippodrome. Built to seat 20,000 spectators, it is the biggest and best preserved in the world.

You can discover so many ancient ruins in Tyre which the city was ruled by Phoenician prosperous colonies such as Carthage and Cadiz. The archaeological remains will take you to so many wonders.

Two Days in the Valley of the Saints

If dramatic views are more your style, why not take a leaf out of journalist and photographer Norbert Schiller’s book and recreate the stunning photographs in “A Million Steps – Hiking the Lebanon Mountain Trail.” 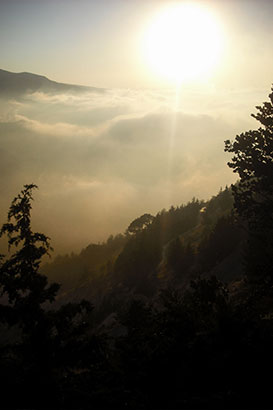 Head up north to the stunning Qadisha Valley, known as the Valley of the Saints because of the wealth of monasteries, hermitages and convents tucked away on its tree-covered mountainsides. The small mountain town of Bcharre makes a great base. Book one of the cozy rooms at the Bauhaus Chalets and Motel (+961 3 329 294) and spend a day wandering the breathtakingly beautiful valley. Free maps are available from the Lebanon Mountain Trail team, who can also recommend a local guide to help you seek out the best spots in safety.

The next morning take the old road up to the Qadisha Grotto, a fascinating cave filled with stalagmites and stalactites. Unlike the larger Jeita Grotto, where taking pictures is forbidden, here you are free to photograph the fascinating rock formations. In the afternoon, continue uphill to the Cedars. This beautiful grove of 375 trees, some of which reach heights of 35 meters, commands stunning views over the valley and is a testament to the beauty of the majestic cedar, which graces the Lebanese flag.

An Afternoon Walking Tour of Beirut 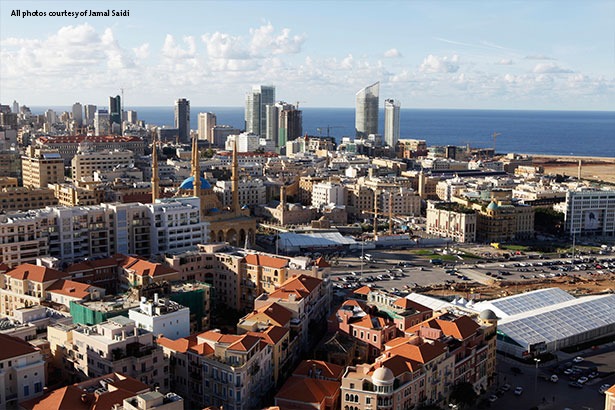 One of the most interesting ways to get to know or rediscover a country is by observing the day-to-day rituals of those who live there. Among the best places to take photographs within Beirut is Bourj Hammoud, the Armenian quarter north of the Beirut River.

Spend a few hours in the narrow alleyways, lined with stalls selling colorful heaps of spices, which lend themselves to candid shots of people shopping, relaxing in local eateries or strolling the streets. Next, head south, towards the center of the city. After crossing the river you’ll arrive in Mar Mikhael, a trendy, up-and-coming neighborhood where old buildings from the French mandate era provide an atmospheric backdrop.

Continuing along the same street will bring you to Gemmayzeh, an urban hot-spot perfect for shooting a diverse range of people wandering the streets and Beirut’s characteristic blend of old and new architecture.

WHO TO GO WITH