LEBolution Brings the Diaspora to Lebanon - Lebanon Traveler
WHAT’S TRENDING ON LT
Download the Magazine
The Forgotten Cave of Saint George, Jounieh’s Hidden...
The Hidden Gems of Clemenceau
Stay at Beautiful Bkerzay
Discovering Maqam El Nabi Ayyoub in Niha
Discovering Al Haush Guesthouse
The Past and Present: 5 Photos from Mount...
A Look Inside Saydet El Mantara: Our Lady...
8 Things to do Before Winter Ends
Mini Guide to Tyre
20 Things to Do in Beirut
The Scents of Tripoli’s Public Garden & Spice... 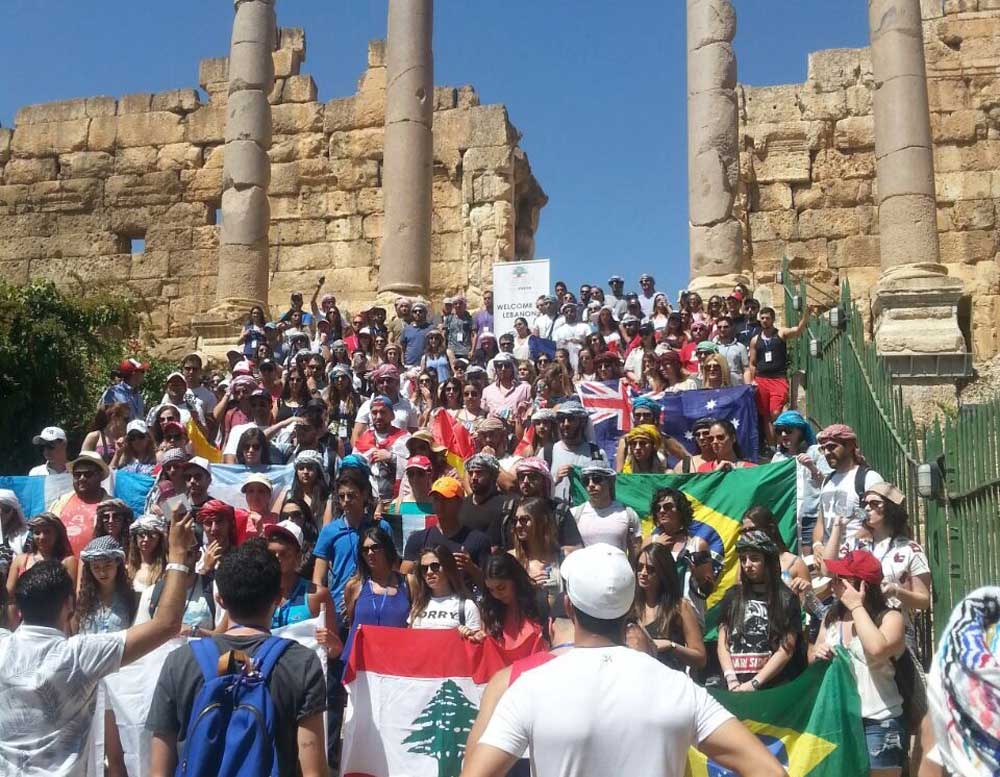 LEBolution is a ten-day touristic, cultural, social and humanitarian event in Lebanon organized by the Youth of the World Lebanese Cultural Union (WLCUY) for young Lebanese descendants from all over the world to reconnect with their motherland. Founded in 2015, the event takes place every two years and includes a number of fun excursions and activities across the country.

During this year’s edition, which took place from 21-31 July, 2017, the participants were taken on trips to the Shouf, Baalbeck and Bekaa Valley, Byblos Area, Tripoli and North Lebanon, Saida and South Lebanon. They also enjoyed a day in Bourj Hammoud, where the Municipality of Bourj Hammoud held a special reception for them in the main square. Lebanon’s Minister of Tourism, HE Avedis Guidanian, was also present to show his support for the initiative to encourage the Lebanese to visit their country.

Interestingly, of the 300 young men and women of Lebanese origin who came to Lebanon, 90 percent were visiting for the first time and did not speak any Arabic. Perhaps after spending ten days here though, they’ll be back to learn a few more words!

A Look Inside the Historic Monastery of Our Lady of Ilige, Mayfouk

How One Man Cycled from London to...