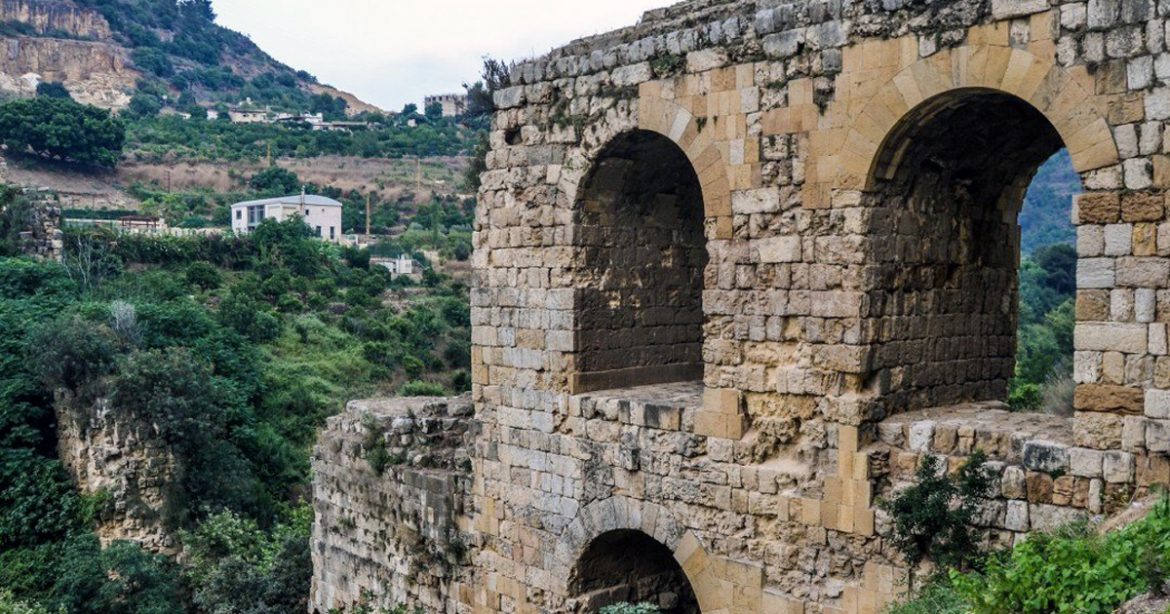 Boasting rich scenery and splendid views, the Metn region is an exciting area full of unexpected attractions. We explore just a few of its hidden gems. 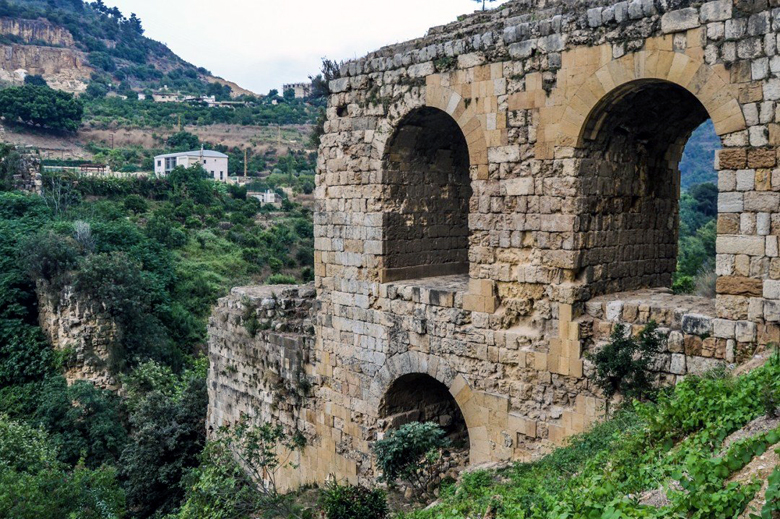 Heading up towards Beit Mery, in the secluded river valley between Mansourieh and Hazmieh, you will find the remains of a Roman aqueduct that was built to carry water across the Beirut River to the city. Built in 273 A.D. during the reign of Roman emperor Aurelian, the arched bridge-like structure over the aqueduct is known today as “Qanater es-Sett Zubaida,” or the Arches of Mistress Zubaida.

This Maronite Monastery of Saint John the Baptist rests on three levels. At the top are the ruins of a Roman temple dedicated to the god Baal-Marqod (Lord of the Dance), over which the Church of Saint John was constructed in 1750.

A short walk down the hill leads to a small 2nd-century temple honoring the goddess June. Of particular note is the mosaic floor of a 6th-century Byzantine church, with one of the reused temple columns in place. Furthermore, a remarkably well-preserved public bath sits nearby.

Once a Roman-Byzantine settlement, the entire site is littered with remains of more temples, a second bath and a colonnaded street. 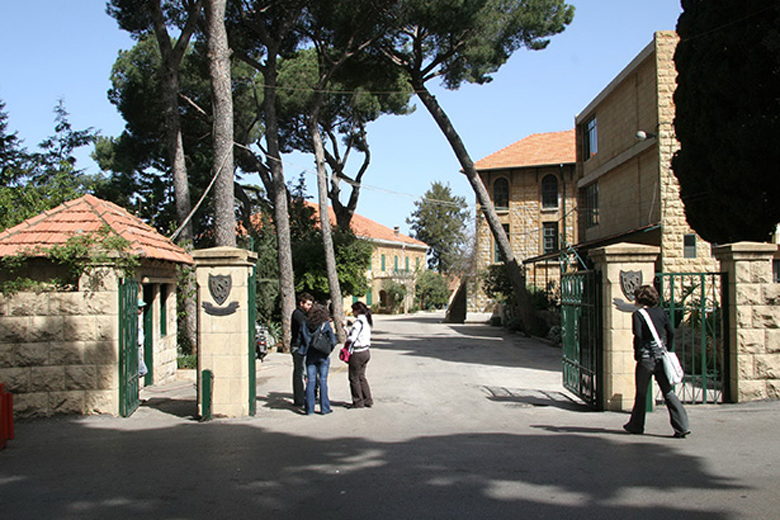 In 1873 Swiss missionary Theophilus Waldmeier climbed the steep mountain on horseback with his eight children and purchased a vast stretch of land called Berket al-Ghanem (Pool of the Conqueror), which was later renamed Ayn Al Salam (Fountain of Peace), with the intent to build a school for the locals.

The isolated mountain area quickly flourished and was even the location of the first tennis court in the Middle East. Broumana High School (BHS) continues to operate under the same principles of peace and goodwill to this day. It hosts numerous cultural and educational events throughout the year including the May festival, a summer retreat for children, and an international tennis tournament. 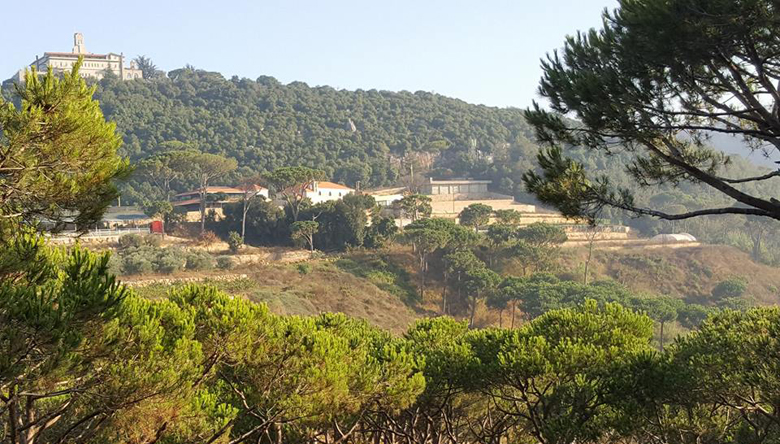 In 1700 the Antonin Maronite Order was founded in the Monastery of Mar Chaaya by Patriarch Gabriel of Blaouza. The modern-day structure is surrounded by several community-based activities and meeting areas.

The main road heading down towards the valley is a popular walking track, especially in summer. Uphill you’ll find a small chapel on your right as well as an organic market and a small zoo.

All of the products sold in the store are grown and cultivated on the grounds, including a selection of wine made from grapes grown locally. Kids can observe a variety of farm animals and even go on a pony ride. 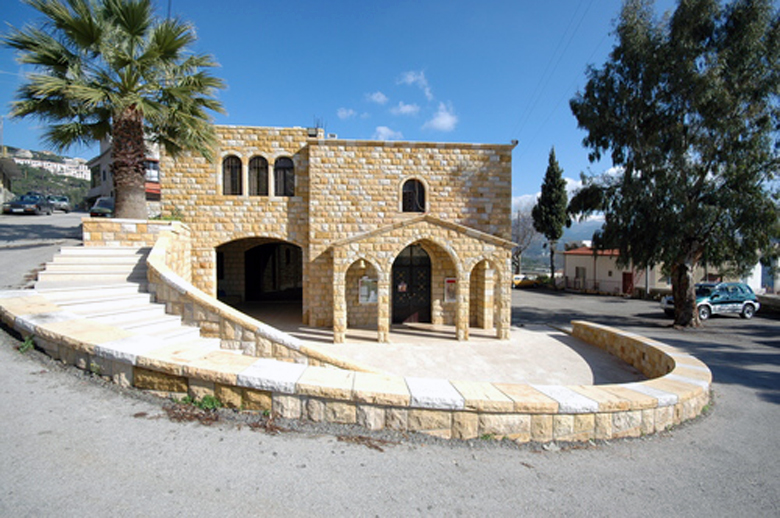 On the Thursday before Easter, known as Maundy or Holy Thursday, the washing of feet is a tradition (symbolizing Jesus washing the Apostles’ feet), which is followed by an informal visit to seven churches. This can be done on foot in Broumana.

Starting from Printania Palace Hotel, head through Broumana’s old town and you’ll reach the first church, which is a Greek Orthodox Church called Saint George. It is followed by the Mar Chaaya Maronite Church.

Continue walking to Mar Charbel Church and you’ll see two old chapels, both dedicated to Saint George, across the street. Your last stop here will be the Aazarieh Church, located on the grounds of a school and belonging to the Aazarieh Nuns Order. After a short walk to the main street you will find the seventh and final church, Mar Elias. Don’t miss the Church of the Prophet Isaiah – the oldest structure in Broumana dating back to 333 B.C.