WHAT’S TRENDING ON LT
5 Things to Do in Akkar
5 Ultimate Spring Road-Trip Destinations
10 Things to Do in Chouf
5 Things Foreigners Should Do in Lebanon
The History Behind Beaufort Castle
Beirut’s Mesmerizing MIM Museum
10 Photos That Will Make You Fall in...
Mini Guide to Chtaura
10 Things to Do in and Around Zahle
Lebanon’s Five UNESCO World Heritage Sites
BeirutExplore LebanonRegionsWhere to Go 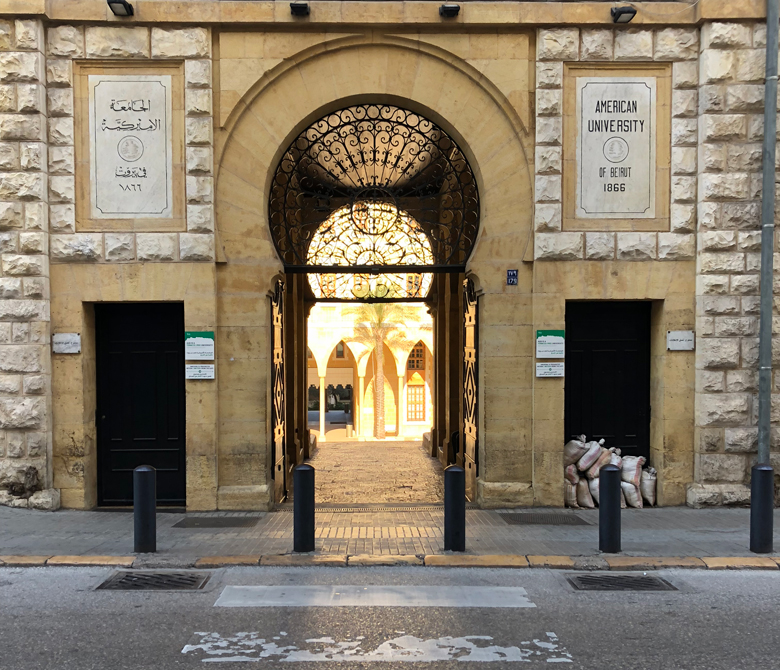 In Beirut, the city of chaotic charm, April is characterized by the scent of the sea mixing with spring-time flowers. We take a walk through Hamra with Zawarib.

In the early 1960s, when John F Kennedy was the model president of the US, and Jamal Abdel Nasser had just overthrown the monarchy and leading wide reforms in Egypt, Beirut was said to be living its “golden days.” This was most notably reflected in Ras Beirut, the then commercial and socio-cultural hot spot of the Middle East. 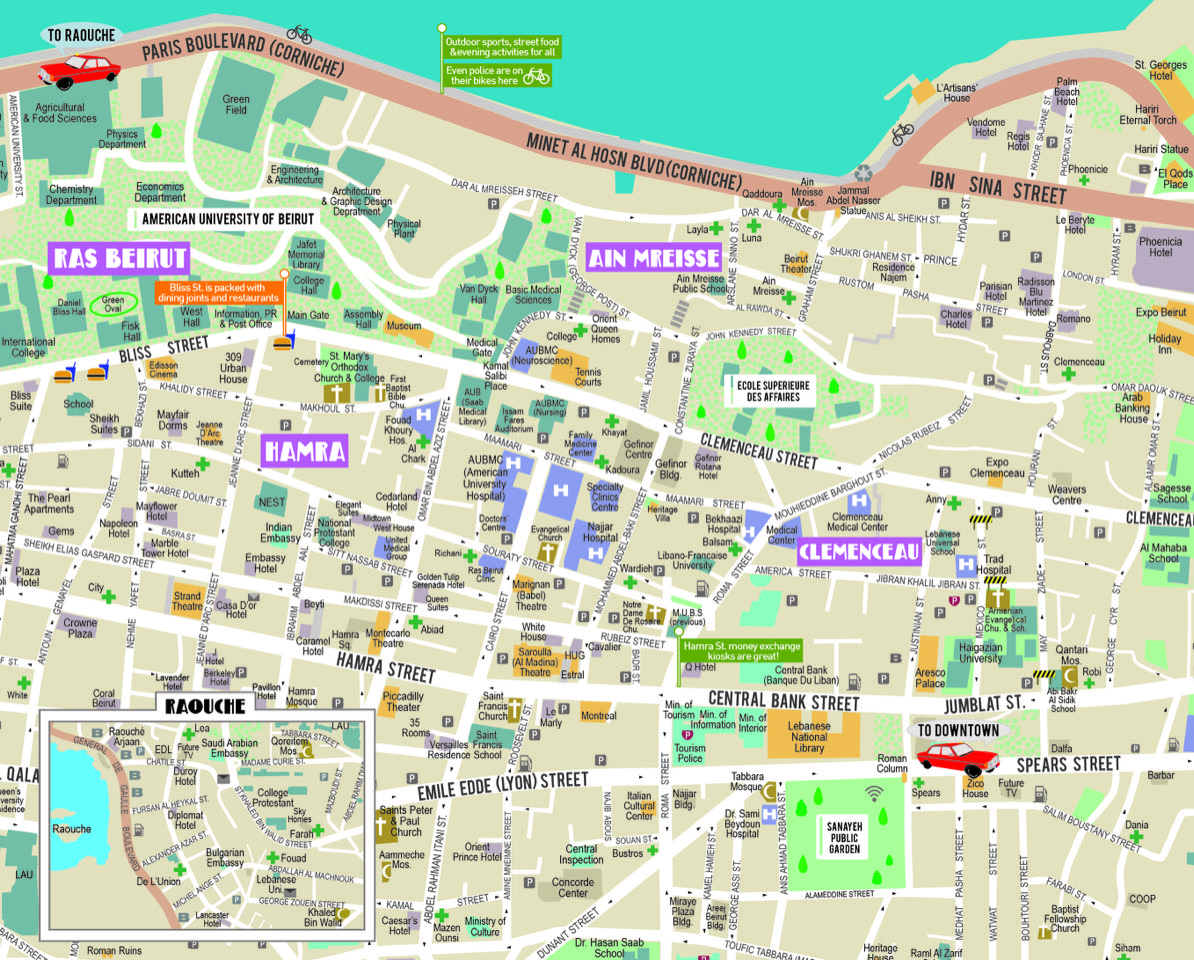 Starting from Jamal Abdel Nasser Square, with the sea behind you, you’ll spot the lush gardens of ESA Business School. Walking up Graham Street you’ll immediately pass by a beautifully preserved house facing the seafront, serving as the home of Casablanca, an all-time favorite restaurant and bar.

From Ain El Mreisseh towards Bliss/Hamra there are many choices for pedestrians, including a series of narrow, winding streets and stairs that cover some of the most forgotten parts of Ras Beirut. In some parts, one almost feels as if they’re in a quiet mountain town. The nearby abandoned hotels are still reeling from the “Battle of the Hotels” – a sub-conflict that occurred during the Lebanese Civil War. The contrast of resplendent yet slightly decaying architecture with that of modern, slick and imposing towers together, and the cacophony of daytime noises is a delight to the senses. 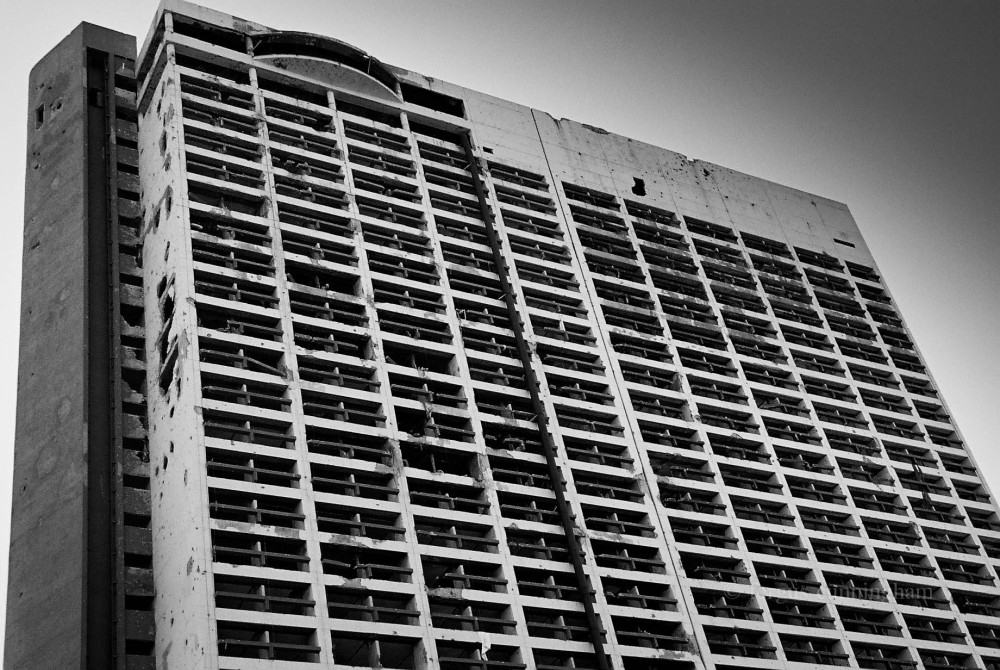 Going further up you can find the site of what used to be Beirut Theater. At the ESA junction head onto John F Kennedy Street, which continues towards Bliss Street at Kamal Salibi Place, in front of AUB’s Medical Gate. A short distance from there is Makhoul Street, a charming curved street that has always existed in the shadow of its longer more vibrant parallel neighbors:  Bliss and Sidani.  This street is eternally more authentic and markedly less commercial, carrying with it the rise and fall (and rise again) of Hamra’s buzzing nightlife.

At the AUB Medical Gate end of the street, The Blue Building stands as a landmark and Barometre, located at its base, is a popular hangout spot. Further along is the First Baptist Bible Church (also known as the German Church), standing right next to St Mary’s Church & College, both interesting in their design and architecture. A few doors down the road stands L’Autre Bistro, a wonderful little bistro in a vintage house with lush surroundings.

At the junction, you will find yourself on Jeanne d’Arc Street, which has recently gone through a major transformation, mostly thanks to the work and efforts of the AUB Neighborhood Initiative with widening of the pavements, new design that limits obstacles for pedestrians and a smattering of urban furniture, such as street lights and benches to sit on as well as a mini-public library called Red Reading Hood and a wonderful initiative to label most of the trees in the area with their official name and species.

Walking further along the name now changes to Khalidy Street. There stands Ants, a cave of handmade designed treasures, and next to it you’ll see the back of what was once Edisson Cinema, which now houses some food and retail outlets, again changing with the mood of the city. Khalidy Hospital, where the eponymous author was born, has been demolished; a tower block slowly rising in its place. 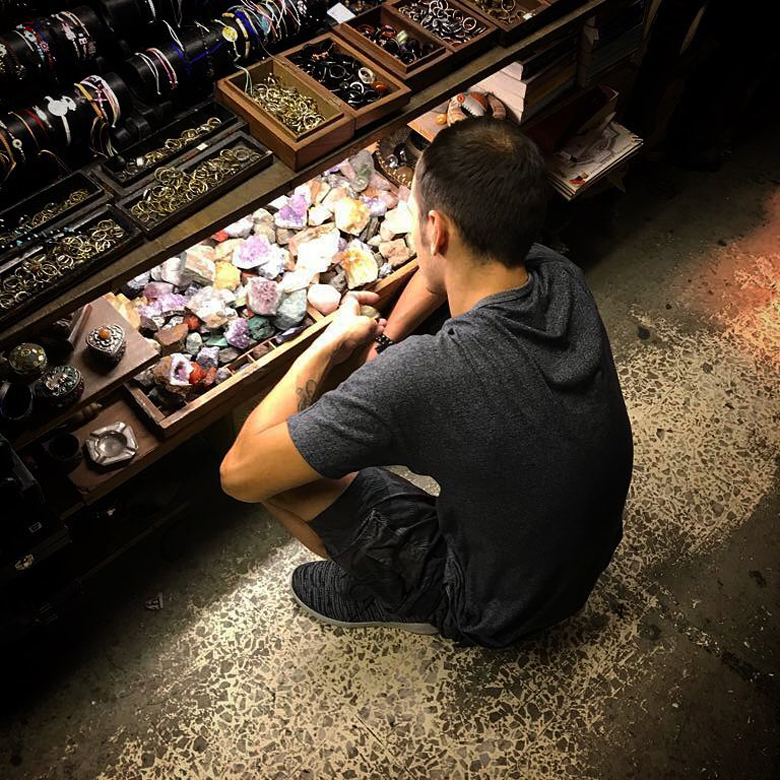 The end of Khalidy Street takes us away from the quietude of the peaceful Makhoul Street and back to busy Bliss Street.

Bliss to Bliss, via Makhoul, is almost a journey to a parallel universe; a back-alley sneak peek at what Hamra and Ras Beirut could look and feel like if only one dared to go beyond the beaten track.