Note: You will receive the download link in your inbox.
South 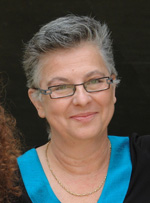 mark almost every area of

and archeological digs have

taken place all over the country,

and yet we are nowhere near

finishing our mission: to

uncover the ancient secrets of

the different civilizations that

have thrived and fallen, one

after the other, throughout the

On a sunny bright weekend, I decided to pay a visit to some

friends in Jezzine, a charming southern town nicknamed the

“City of Falls” because of its numerous waterfalls. Jezzine is also

known for its historic landmarks, such as the cave used as a

hiding place by Prince Fakhreddine II during the Ottoman reign.

Lebanon’s rich history revealed itself one more time in the

discovery of the ruins of an ancient gem in this region. During

a boat ride along the Aloali River in Sfaray, a well-known area in

the Jezzine region, my friends and I saw a high cliff surrounded

by woods and bushes. When we drew closer a group of people

gathered below the cliff informed us that an ancient fortress

lies on the top. Naturally curious, we asked to see the fortress

ourselves, but were told that since it is located on private land

The crusaders built the fortress in the early 12th century, when

it was known as Qaalat Abou el Hassan or Belhasem. In 1128, it

was occupied by a wealthy crusader and was first mentioned

in the chronicles as the Patriarch of Jerusalem. Strategically,

it served to defend the ancient city of Sidon, a prosperous

city and a center of trade and commerce, which consequently

was subject of many attacks and invasions. Since the attacks

mostly came from mountains surrounding the city, a series of

fortresses were built around the city to protect it. Some walls

of Belhasem are still standing but the fortresses has really

surrendered over time to invasion by vegetation. Another one is

thought to exist in the village of Abra. Together with the caves

of Tyron that were built in the Shouf district, these fortresses

secured the surrounding area of Sidon.

The fortress is divided into two areas, each protected by curtainwalls

and rectangular towers. Located on an isolated cliff over

the Aouali River, it is reachable by foot from the village of Sfaray

via an asphalted road and venturing through the wilderness of

notice of this fortress. In the 1900s, Camille Enlart, a prominent

French archeologist and art historian, spoke about the fortress.

It is also mentioned the Guide Bleu, the famous French travel

guide. In 2005, a Polish group came to study Belhasem, as part

of a university excavation mission. They found a silex (very

hard stone, like flint), suggesting that the area, if not necessary

the fortress, was a prehistoric one. An engraving was also

discovered, depicting a scene with the fortress as seen from the

Shouf area. In the old times, engravings, which were carved on

flat stones, were the closest resemblance of a photograph.

Every area, town or village is filled with historical wonders

waiting to be discovered and Belhasem is certainly no

Drive southbound from Beirut to Sidon. From there, head straight east towards Jezzine. You will pass through towns such as Kfarjarra, Aabra, Kfarfalous and Roum before you reach the town of Jezzine.