WHAT’S TRENDING ON LT
Beit Tamanna: a Dream Come True in Beirut
5 Things to Do in Akkar
5 Ultimate Spring Road-Trip Destinations
10 Things to Do in Chouf
5 Things Foreigners Should Do in Lebanon
The History Behind Beaufort Castle
Beirut’s Mesmerizing MIM Museum
10 Photos That Will Make You Fall in...
Mini Guide to Chtaura
10 Things to Do in and Around Zahle
Food HeritageWhere to Eat & Drink 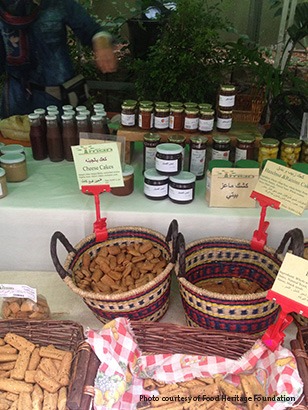 Since the dawn of time, the Mediterranean has been abundant with the sweetest fruits and its people are skilled at preserving them. The Food Heritage Foundation’s Zeinab Jeambey researches the tradition of making molasses and meets Lebanese producers continuing this seasonal ritual

Internationally, the word molasses often refers to sugarcane molasses, a by-product of sugar extraction by heating sugarcane juice, which became famous in the early 20th century in the sugarcane plantations of southern USA and the Caribbean. Around the Mediterranean, molasses – an ancient Roman tradition, were made from grape juice and used as the main sweetener, along with honey, and were prepared as part of the year’s food provisions. Though the memory of molasses has almost faded in Europe, it lives on in the Middle East. Traditional variations include date, grape, carob, fig and mulberry molasses. Known as debs in Arabic, this dense liquid is high in natural sugars and rich in minerals. In Lebanon, grape and carob molasses are widely consumed. Happily, we discovered that apple, cactus fruit and sweet orange molasses are also being made, at times out of necessity, sometimes out of creativity.

On day one, grapes are collected, juiced and soaked with a type of white soil named houwara in Arabic. Shibli explains that houwara, is high in calcium and neutralizes the grape juice acidity. The mixture is then boiled and left to rest for 12 hours. The following day, the clarified juice called moustar is collected for a second phase of boiling. Moustar nights are festive occasions where friends and family drink the liquid mixed with walnuts. The moustar is then boiled until it reaches a third of its original volume. At this stage the molasses are beaten to solidify, which usually requires another day to reach the right consistency. Abi Assi produces around 100kg of grape molasses every season.

As kids, Abi Assi and his brother were responsible for feeding the fire under the molasses pot while family members took turns in stirring. One day the kids saw many birds flying over. They stacked a pile of wood under the pot and left for their favorite hobby, hunting. The heat suddenly increased under the mixture, causing it to burn slightly. Alarmed by the smell, the family rushed to salvage what was left. Abi Assi laughs as he remembers; “Our joy over the one-bird catch quickly faded when seeing dad’s anger. I will leave the rest to your imagination!”

Sabbagh started working with food 13 years ago, after taking courses in macrobiotic diet. She believes that a diet should revolve around locally grown, wholesome foods with no preservatives or added sugar. This creative lady has never stopped innovating: after developing her line of hazelnut, peanut and almond butters she started experimenting with making new types of molasses. Her purpose? To have natural sweeteners for her jams, desserts and chocolate. She makes cactus fruit molasses and sweet orange molasses.

Sabbagh recalls when she first made molasses. A Saudi customer asked for sweet pomegranate molasses and so she made her first three bottles. Hesitant at first she then realized it was a sensation. She personally loves to dilute it with water and serve it as a refreshing late summer drink.

Molasses has always been a way to conserve fruit in excess. In Barouk, apple cultivation started in 1927. Over the last decade, apple farmers have been struggling to sell their produce, with 30 to 40 percent going to waste. Inspired by an apple molasses product from France, Toufiq and Talaat, both responsible for the agriculture cooperative of Barouk and Fraidiss villages, convinced farmers to make molasses out of the apples they can’t sell. The cooperative currently produce around 1700kg of apple molasses a year.

About a year ago, a businessman passing by Fraidiss came across the village agriculture cooperative. Thrilled with the idea of apple molasses, he asked if it was possible to make a limited quantity of apple and quince molasses to export to London. The product, sold under the Marigold brand, found huge success in the UK and for this season, the company has tripled its order of molasses.

To purchase apple and quince molasses, contact Abou Alwan on 03 288581

Although carob molasses is known to be a product from the south of Lebanon, our search for someone producing it in the north led us to the Koura Cooperative. Though specializing in olives and olive oil, we found their carob molasses to be exceptional with a smoky flavor acquired from having been reduced over a wood fire.

For Hajj Ali Tamer, president of the Koura Cooperative, the smell of carob molasses brings memories of Ramadan during which debs is diluted with water as a sherbet and  passed around to sooth the thirst of those fasting.