An iconic landmark in the heart of the city, Beirut Hippodrome continues its century-old horse racing tradition.

Within a vast 200,000 sqm of unspoiled land, the historic Hippodrome provides the perfect vantage point to see Beirut. One of the largest remaining green areas without construction, the chaotic skyline of high-rise buildings surrounds its perimeter. 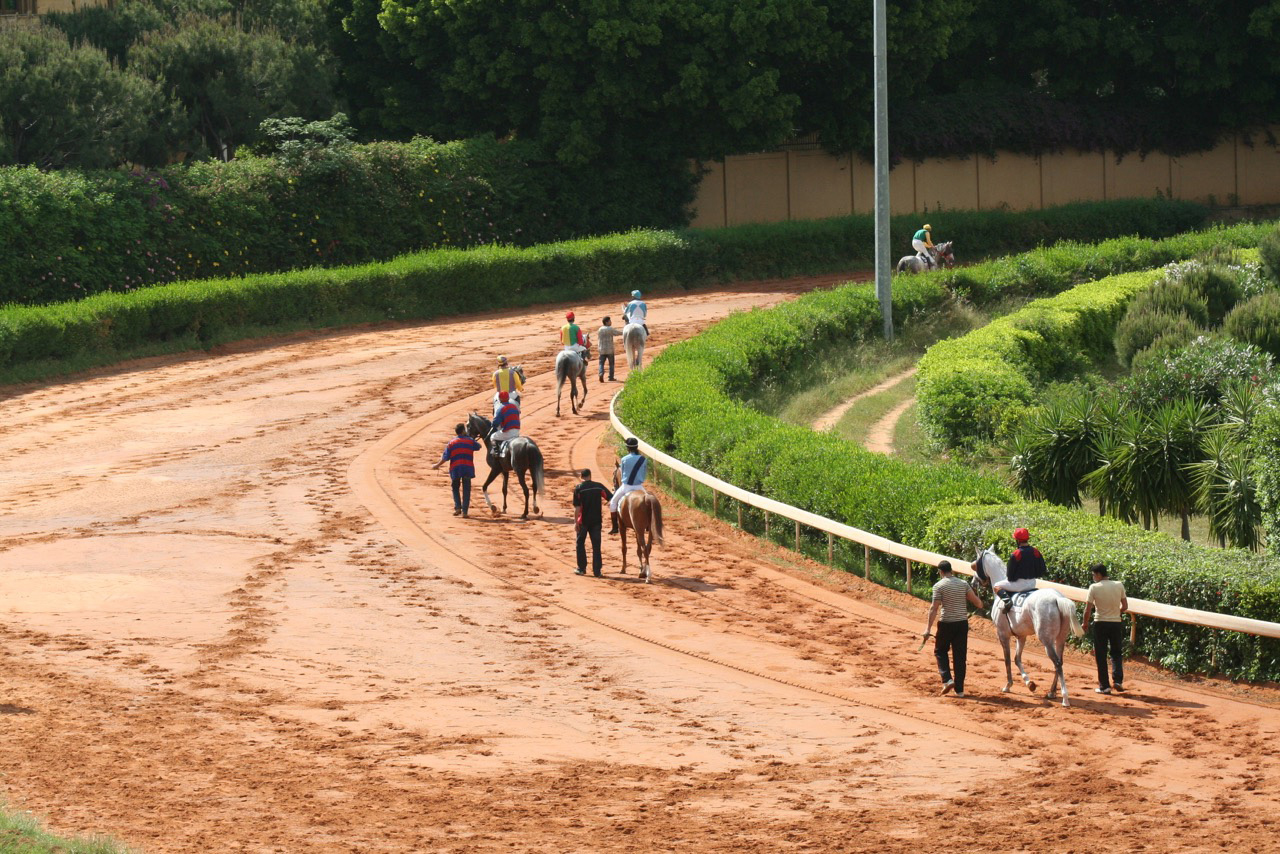 During the Ottoman rule of Lebanon, the wali (governor) of Beirut agreed to build a modern hippodrome, mirroring those of Europe, with a casino at the center of the track. Lebanese aristocrat Alfred Sursock was given the contract and construction started in 1916. At that time the Ottomans had lost the war, when only the casino had been completed.

In 1920, French General Henri Gouraud, declared the Republic of Greater Lebanon from the unopened casino. The building was taken as the seat of the French Mandate and remains as the residence of the French ambassador to this day. 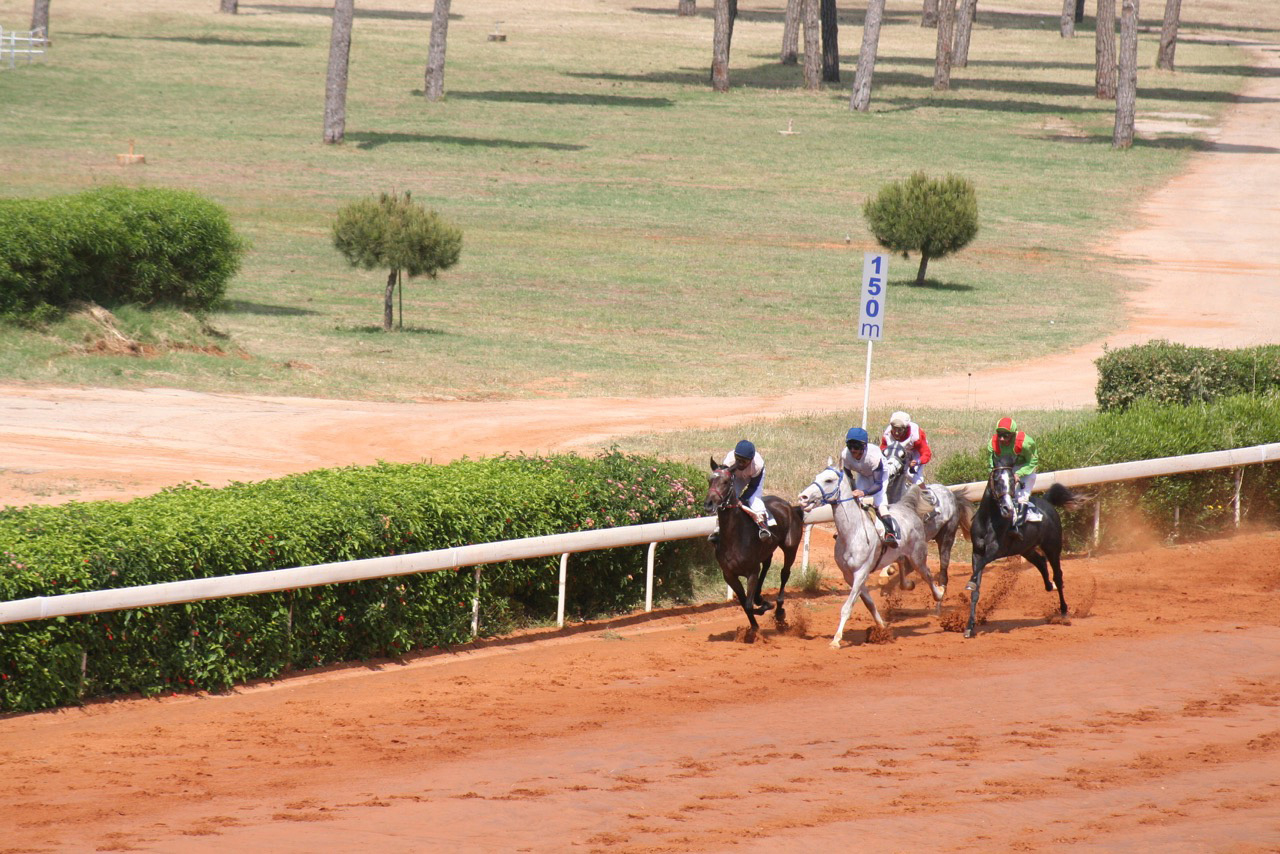 The hippodrome became one of the busiest race tracks in the world in the 60s, with races taking place twice a week.

“It was a very nice hippodrome from the 30s through to the 60s,” says Nabil De Freige, president of Beirut Hippodrome. “You had a lot of politicians and presidents who came for official visits and they used to ask for their meetings to be on the weekend because they wanted to come and see the races. The Shar of Iran and his wife came, as well as King Paul of Greece. It has a really nice history.”

After returning to Lebanon in 1971, Nabil Nasrallah was appointed as general manager of the race track by Henri Pharaon, a Lebanese politician who had the biggest stables of Arabian horses during the 50s and 60s. A statue of Pharaon now watches over the tracks.

“It was very interesting for me because there was a lot of work to be done,” says Nasrallah. 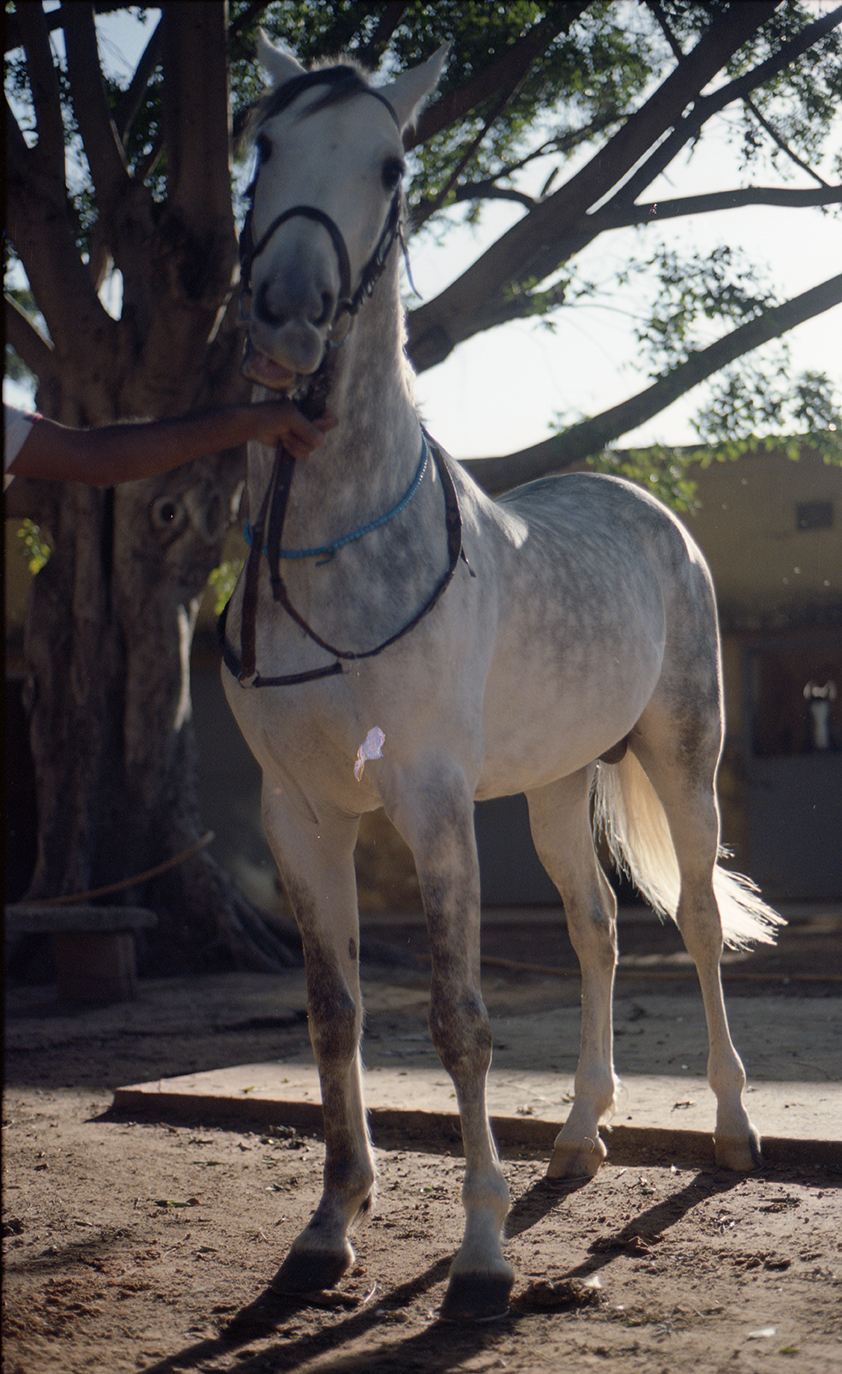 From the renovation of its original arched facades to installing one of the world’s earliest electronic betting systems, Nasrallah took on the project to modernize the hippodrome. It remained open throughout most of the Lebanese Civil War, given its location on a no man’s land between different religious sects, until an Israeli tank destroyed much of the site in 1982.

“This is a picture I took right afterwards,” Nasrallah says as he holds a photograph showing the old hippodrome reduced to rubble. “They bombed all the columns and the whole building collapsed. That’s why we came with a new stadium built from concrete,” he says. 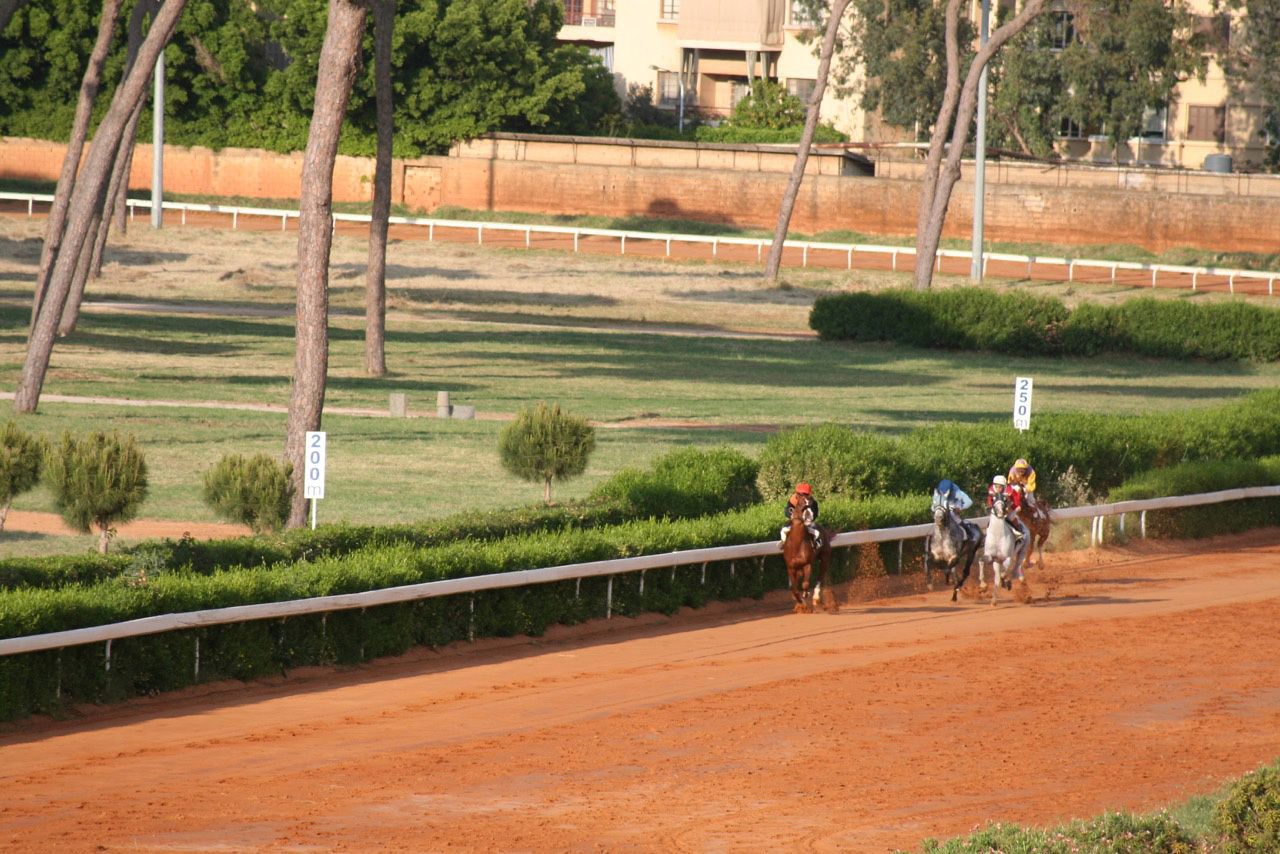 Though the structure remains incomplete, the construction of concrete grandstands in 1990 ensured the continuity of competitions and horse racing in Lebanon. “It provided the sustainability of Arabian horses, not only through bets, but mainly through the financial contribution of those passionate about horses,” says former Minister of Tourism Michel Pharaon.

He has continued the family heritage of horse racing, owning stables with about 60 horses at the racetrack. For him, the Beirut Hippodrome remains an important icon in Beirut and he is committed to its preservation. “It has a 100-year-old history and celebrates a noble activity: horse breeding and racing. It’s a symbol of continuity for the Lebanese; an old tradition dating back many centuries, which I have inherited with responsibility, pleasure and passion,” Pharaon adds. 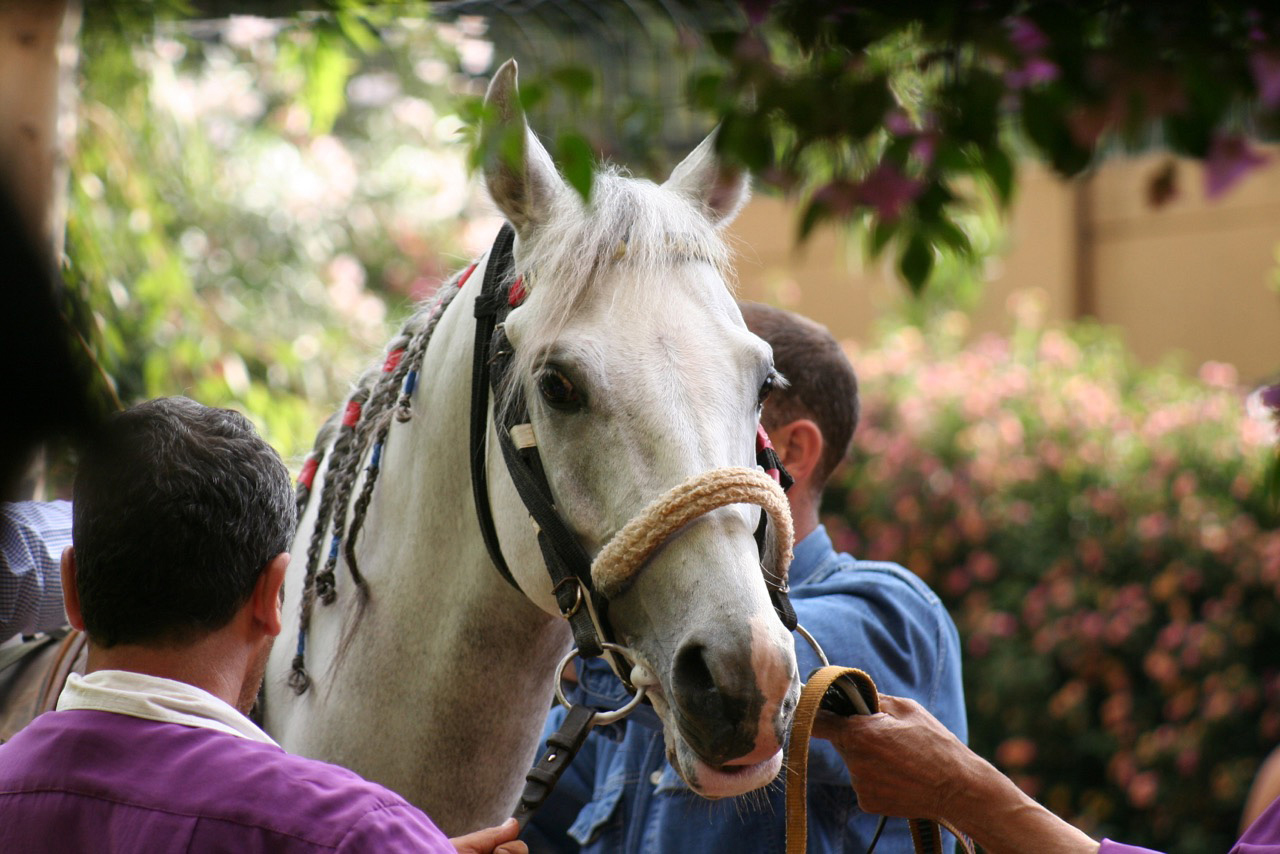 Beirut Hippodrome is now run by the Society for the Protection and Improvement of the Arabian Horse in Lebanon (SPARCA) on behalf of the Beirut Municipality. The non-profit organization was formed by a group of passionate supporters of the Arabian horse,  one of the world’s oldest breeds. In 2015, the Beirut Hippodrome held the Lebanese Arabian Horse Championship to help preserve the heritage of the breed.

Though races still take place weekly, the hippodrome is a shadow of its former self. “In the 20s there was regular racing twice a week. That carried on every Saturday and Sunday until the 70s. Now we’ve had to cut back to once a week and we have an average of six horses racing. We used to have 15,” Nasrallah says. 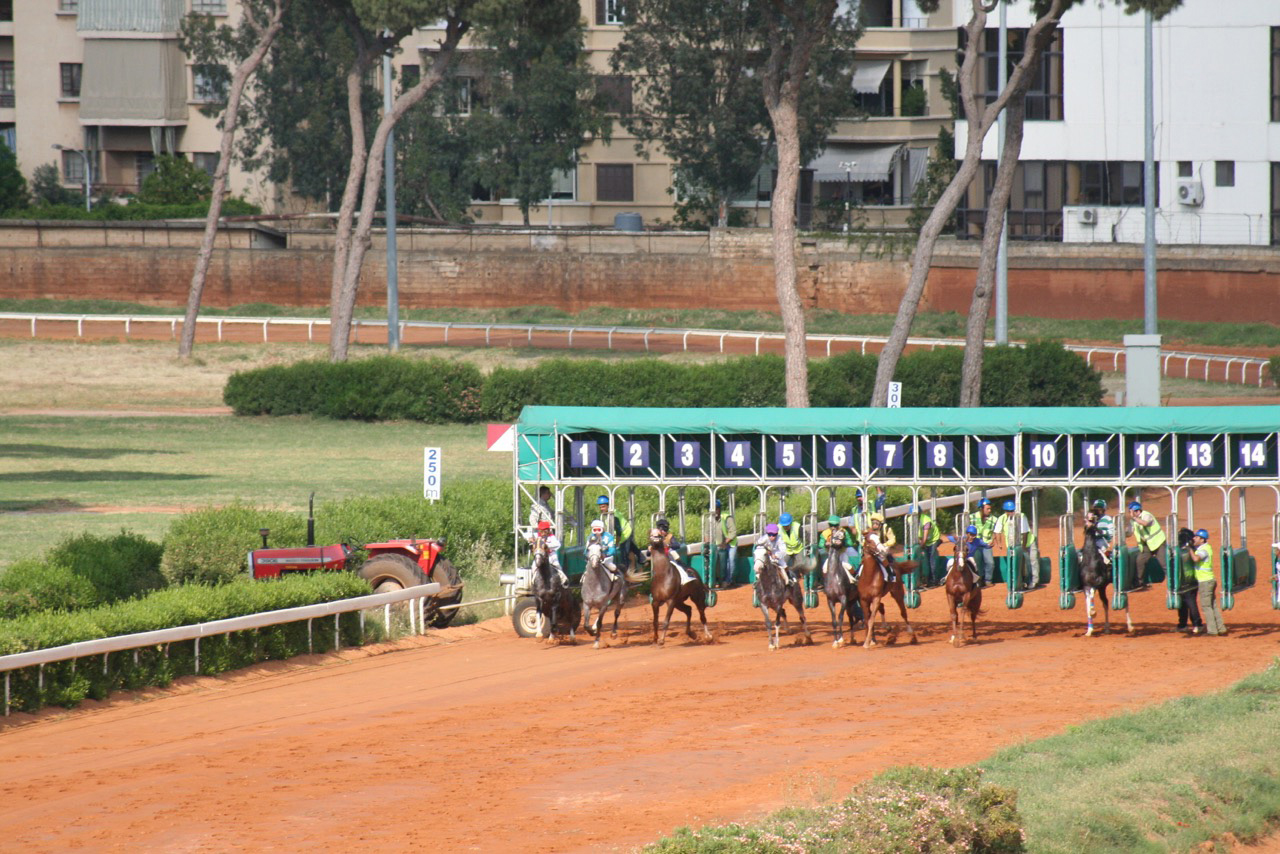 Though SPARCA takes a percentage of bets from weekly races, with less horses running and fewer bets being placed, there is currently no spare money to develop and improve the hippodrome. “We need a big investment from the owner, the Municipality of Beirut, in order to rebuild. We need to improve the hippodrome and invest to attract new owners. Once you have new owners, we will have more horses and more races and the profits will be bigger,” De Freige says. “It’s a chain of economy, everyone will benefit.” 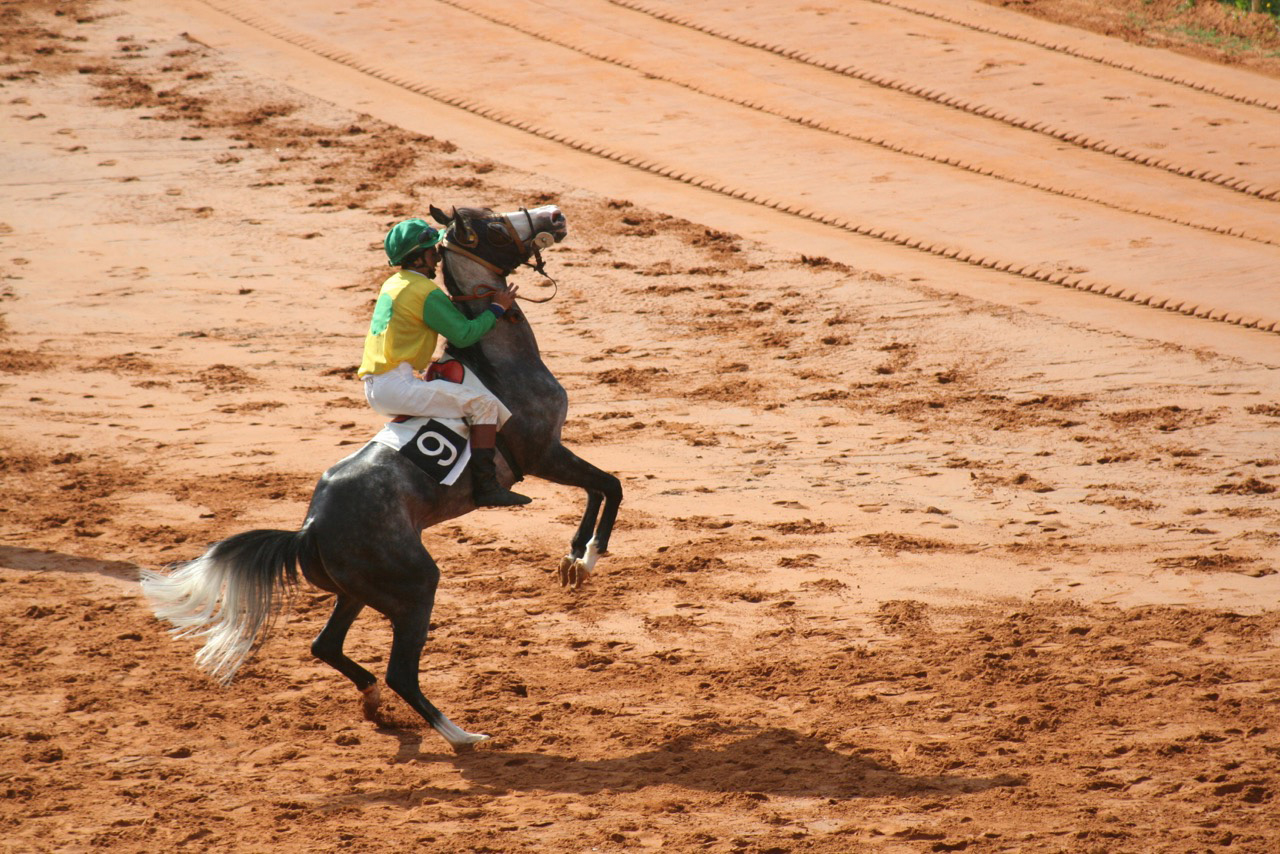 De Freige estimates the cost of renovating the hippodrome to be around 10-15 million USD. It’s an investment that he believes will not only be recovered but will also create many jobs. “We are the only hippodrome in the Middle East where betting is permitted. It’s a big opportunity,” De Freige comments.

For Nasrallah, the best way to kick start horse racing in Lebanon is to introduce more stables, which will “encourage new owners to bring their horses.” There are plans to build another 400 stables at the hippodrome and open a public green space within the park. “We have worked a lot to defend the green area here. It’s one of the few peaceful spaces within turbulent Beirut,” Nasrallah adds. 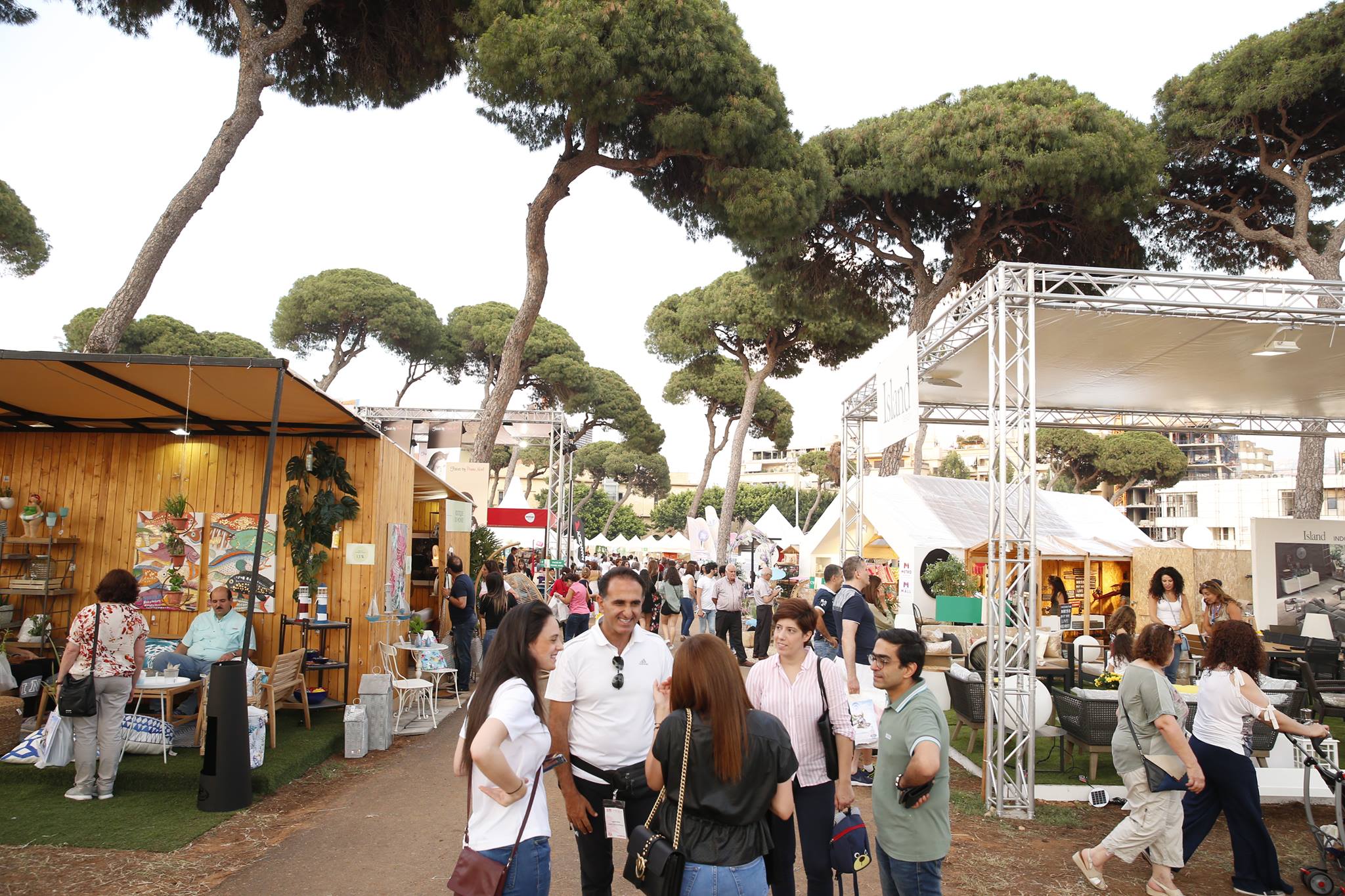 Beirut Hippodrome currently offers an atmospheric day trip for visitors, with races taking place every Sunday and holidays. Special events take place throughout the year, such as The Garden Show & Spring Festival, which will take place from 5 to 8 June, 4-11 pm daily.