WHAT’S TRENDING ON LT
5 Things to Do in Akkar
5 Ultimate Spring Road-Trip Destinations
10 Things to Do in Chouf
5 Things Foreigners Should Do in Lebanon
The History Behind Beaufort Castle
Beirut’s Mesmerizing MIM Museum
10 Photos That Will Make You Fall in...
Mini Guide to Chtaura
10 Things to Do in and Around Zahle
Lebanon’s Five UNESCO World Heritage Sites
BekaaCaves & GrottosFood, Drink & NightlifeRegionsThemesWhere to GoWineriesWineries & Distilleries

A Visit to the Oldest Winery in Lebanon – Chateau Ksara 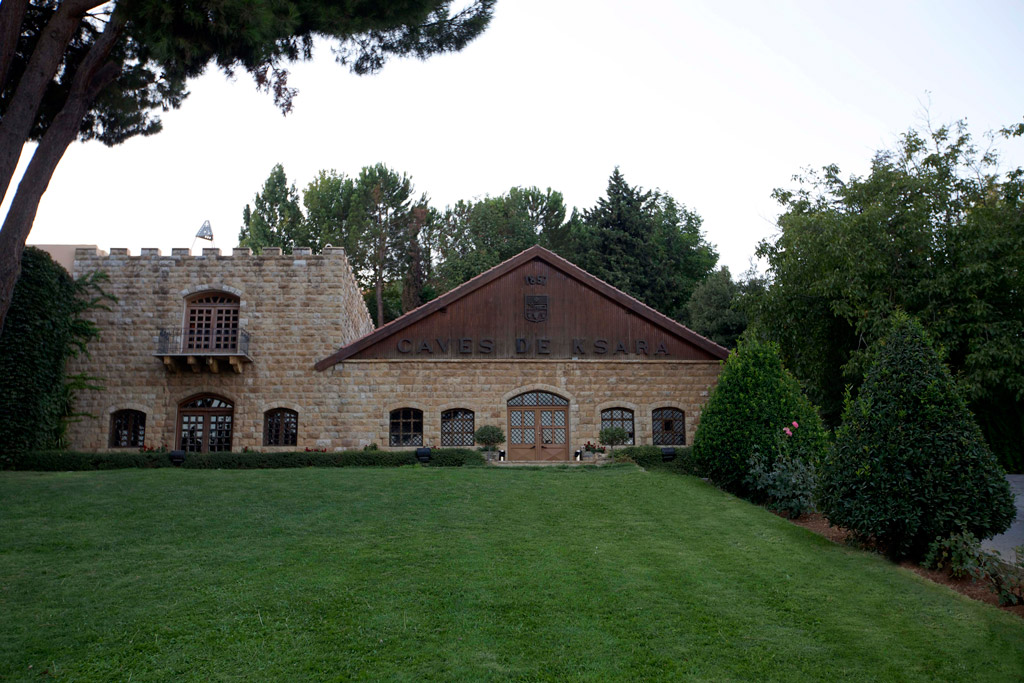 Why you need to add Chateau Ksara to your bucket list.

Wine has been made in Lebanon for over 7,000 years, but during the Ottoman era winemaking was restricted to the church for the Holy Communion and to the monasteries and was men of God, who in 1857, laid the foundations of the modern industry when Jesuit missionaries in the Bekaa Valley planted strange, new foreign grapes from Algeria and founded what would become Chateau Ksara.

Within a few years the vines were thriving and according to one priest, “possessed more bouquet than any in the whole of Syria, the most esteemed being the Vin D’Or.” Another Jesuit wrote: “What wonderful wines! They are sent abroad to be used in church services in Bavaria, Prussia, Holland and the countries of the Far East.”

In 1898, a grotto dating back to the Roman era was unearthed. Today, the caves run for two kilometers under the winery and form part of winery’s cellar system by local orphans, engaged to work on the estate. The caves have since played a central role in the success of the winery. At 1,800m long, they maintain a constant temperature and hygrometry throughout the year, providing ideal conditions for the ageing of wines.

The company has come a long way. Today, Château Ksara’s reputation as Lebanon’s leading winery is secure. It produces 18 wines including the iconic the Chateau Red which will be 100 years old next year and a trio of exciting new labels: the indigenous white Merwah; the old Vine Carignan, and Nuance, a premium rosé. There is also the famous Ksarak arak and two deluxe Eau de Vie similar to Cognac. All are enjoyed in over 40 countries.

Chateau Ksara is one of Lebanon’s oldest companies and a symbol of pride to the Lebanese people. The winery, along with the ruins at Baalbek and the Jeita Grotto, is one of the nation’s top tourist destinations, welcoming over 100,000 visitors annually to the famous caves, a modern tasting room and international restaurant.

Take a tour of Chateau Ksara and its Roman caves. 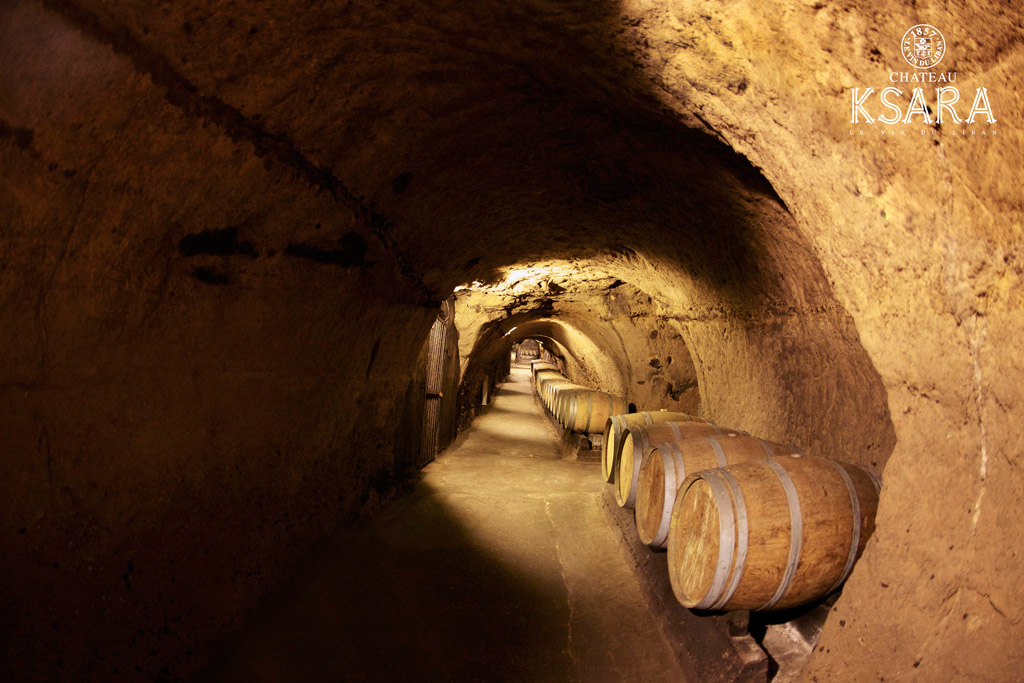 The Château Ksara winery and Roman caves are open all year. The visit includes a brief welcome followed by a tour of the world-famous two-kilometer network of Roman caves, where you can discover rare vintages.

The tour concludes with a tutored tasting of a selection of Chateau Ksara wines. 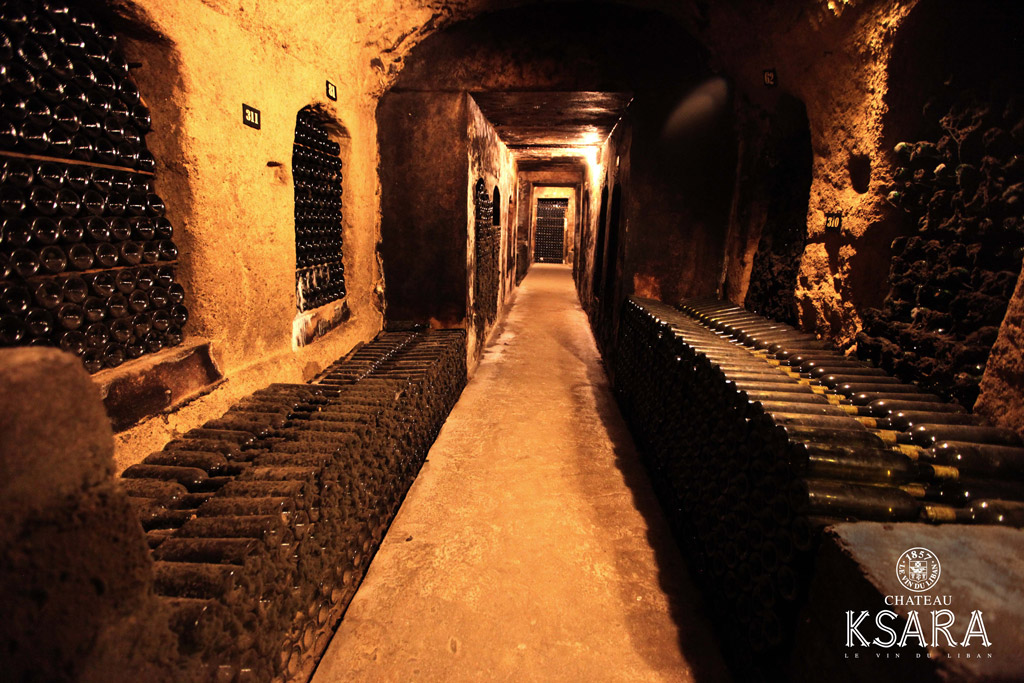 Choose from their different wine tastings:

-Heritage: A tasting of three of the winery’s most popular blends (15,000 LBP per person)

-Terroir: Three distinct and unusual wines that reflect their pride, heritage and passion for innovation (20,000 LBP per person) 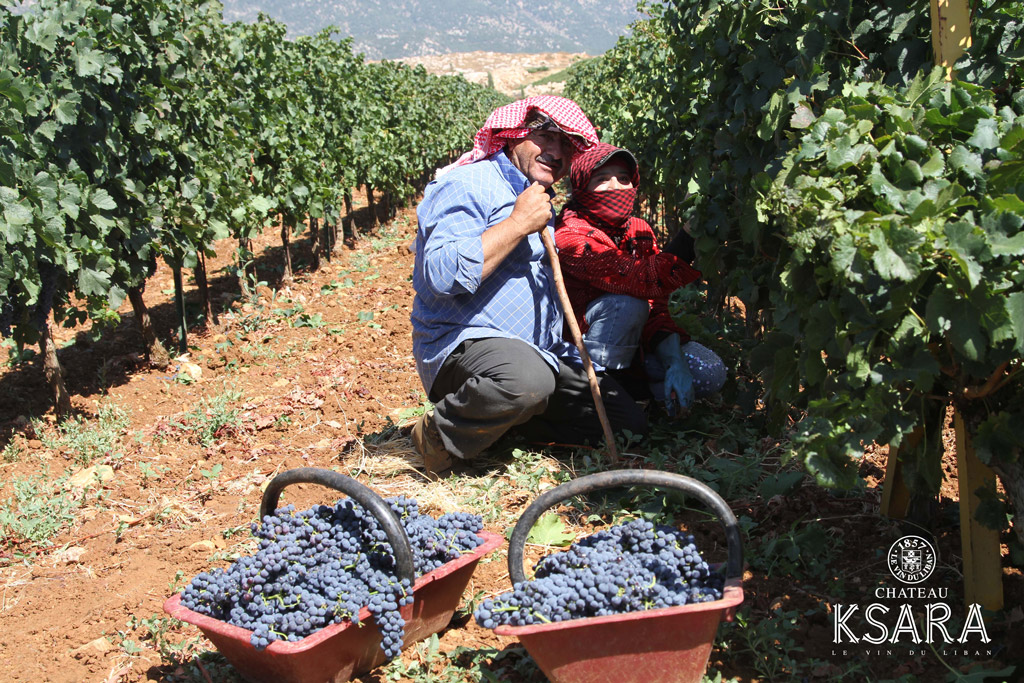 After the mesmerizing tour, complete your wine-filled adventure at Cuisine Chateau Ksara. Enjoy a selection of cheeses, salads, main courses and desserts while sampling some of their award-winning wines.

And if wine is your passion, learn more about Château Ksara’s partnership with WSET, the only wine and spirit education organization approved by the UK government as a national awarding body of vocational qualifications.

Beautiful Bouyouti: a Guesthouse with a Green Soul