WHAT’S TRENDING ON LT
Lebanon’s Five UNESCO World Heritage Sites
5 Ultimate Tips for Your Next Camping Trip
5 Places in West Bekaa Worth Visiting
Discovering the Beauty of the Cedars of God
La Datcha: Haven in Akoura
5 Things to Do in Akkar
Digging into Sidon’s History
Baalbeck: the ‘Sun City’
10 Things to Do in Anjar
Exploring Baskinta with Al Wadi Al Akhdar
LT LovesMount LebanonNews & Editor's PicksNorth LebanonRegionsTrendingVideosWhere to Go 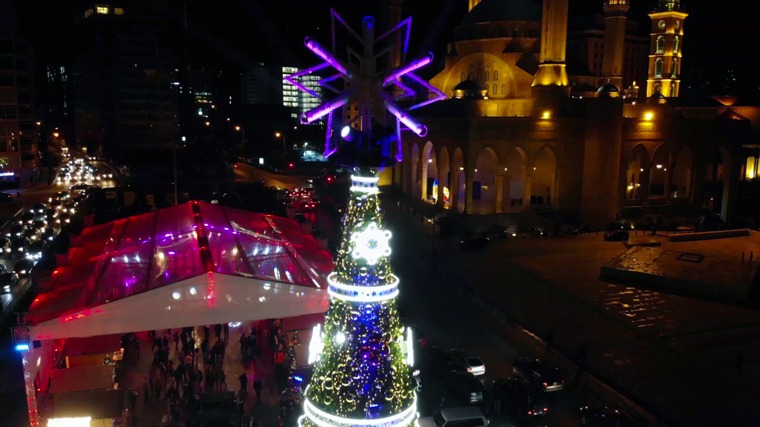 The New Year has rounded off a beautiful holiday season in Lebanon and things hit a high note after National Geographic named Beirut a top international destination for its end-of-year celebrations.

National Geographic released its list of top 10 New Year’s Eve destinations around the world, and Beirut was ranked highly. Indeed, 2018 was a remarkable year in terms of international exposure as Lebanon was named a top summer destination and dubbed “an overlooked culinary destination.”

The country may be known as a party hub, but the holiday season as a whole holds a special place in the hearts of the Lebanese. It is a time when many families living abroad join their loved ones, and when the streets are vibrant.

This past month, many major cities across Lebanon have erected large Christmas trees and have filled their streets with decorations bringing to life the spirit of the holidays and a certain kind of magic that words simply can’t capture. However, these videos from different parts of the country might.