WHAT’S TRENDING ON LT
5 Things to Do in Akkar
5 Ultimate Spring Road-Trip Destinations
10 Things to Do in Chouf
5 Things Foreigners Should Do in Lebanon
The History Behind Beaufort Castle
Beirut’s Mesmerizing MIM Museum
10 Photos That Will Make You Fall in...
Mini Guide to Chtaura
10 Things to Do in and Around Zahle
Lebanon’s Five UNESCO World Heritage Sites
Art, History & CultureBeirutExplore LebanonLT LovesNews & Editor's PicksThings to doThings We Love 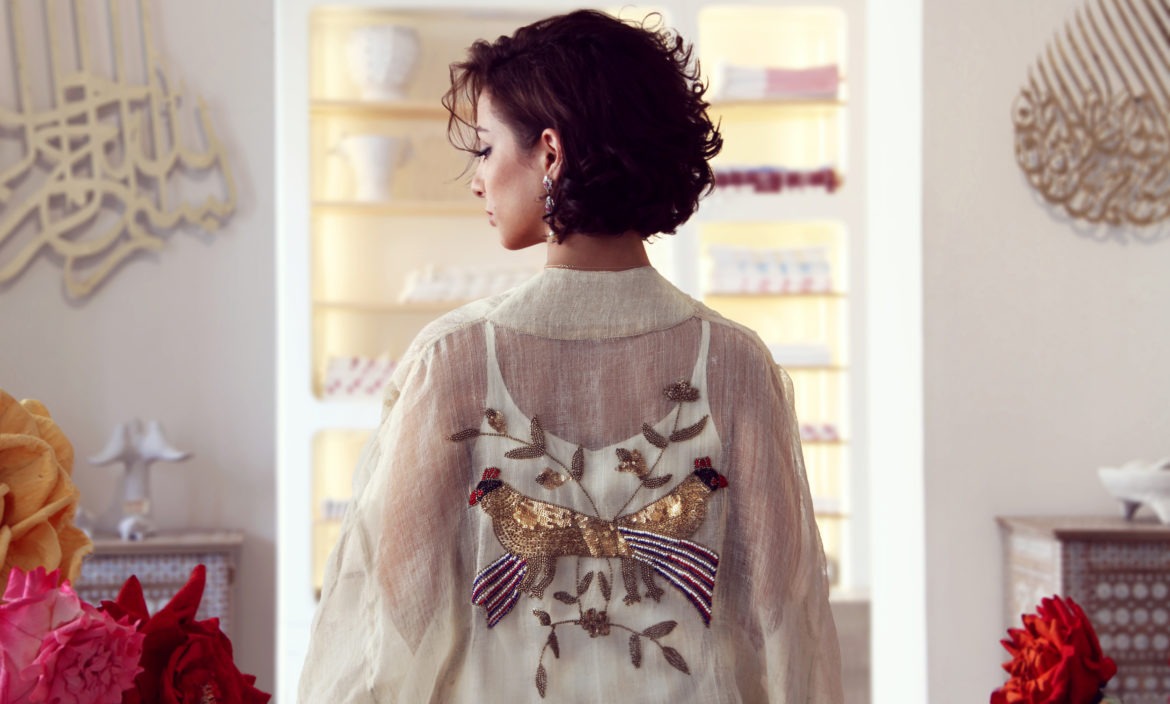 Minet El Hosn-based boutique, Orient 499 has become an identity in itself, showcasing the work of Lebanese artisans and designers. Its co-founder Aida Kawas speaks to LT on her love of all things Lebanese

Facing the iconic shell of the Holiday Inn hotel in Minet el Hosn, Orient 499 was established in 2006 by Aida Kawas and Frank Luca, both lovers of arts and crafts from the Middle East. The boutique has garnered a deserved reputation for offering unique artisan and designer pieces, showcasing items that perfectly capture a fusion between tradition and modernity and reflect the character of the Orient. Featuring the work of around 200 artisans who work in wood, copper, mother of pearl, glass and furnishings, Kawas is proud of the fact that numerous families are able to live from Orient 499. The boutique has helped breath life into the artisan work of the past, while remaining relevant for the future.

Kawas settles down at a mother-of-pearl inlayed table and pours Arabic coffee from an Orient 499 copper coffee pot and delicate tray, and shares her story.

Has local handicraft always been a passion?

It’s been my interest since I was a young girl – at 18 I bought a carpet with the first money I received, which you could say was unusual at that age. I have memories of going to an artisan shop with my mother, in an old house by the sea; though it closed a long time ago. These are my first memories of how and why I fell in love with handicraft. I worked in a shop in Paris, with some friends, called Laymoun from 1985 to 1994, selling handicraft from Lebanon, but I moved back to Lebanon the same year.

Orient 499 goes beyond the typical Lebanese artisanat – how did you reach the fusion of tradition and modernity?

I am very traditional in a certain way, but I’m also very young and modern in my head. Orient 499 is a reflection of the way I live – this mixture between the two. My partner Frank Luca, who is Belgian, also has this feeling for the Orient, but is very modern. It is this mixture between Frank and me that made what you see today.

Is the modernization of local crafts a way to preserve their heritage?

The times have changed; we don’t live in tents anymore and the Internet and technology has transformed the world, so it would be stupid to re-do the same things we have always done. When kids see their parents living well from handicrafts they come back to it. They see it is a better living – you are independent and are not working in an office all day. We helped many very small artisans to become big, because we believed in them.

How has Orient 499 evolved since you opened?

We certainly grew in size; we used to occupy just half the space; when the owners proposed to us to rent another part of the building we took it immediately. I love the area; I can’t imagine moving from here. We are in the midst of the hotel district, the sea is also close by. It’s a mixed neighborhood that I call the golden triangle. I love looking out on the old Holiday Inn; when they say they will destroy it my heart aches. It’s a piece of history, so we work very well together.

What designers do you work with?

Generally I work with artisans because their way of working is closer to my own, but there are a few designers who I always work with. We have featured the work of Karen Chekerdjian since we first opened; there is Hubert Fattal, an interior designer who also makes objects; the jewelry of Nada Zeini and the work of Abdallah Hatoum, who also does the window display and decoration. I often collaborate with Hatoum; he is a very close friend. I love fabrics myself and since I can’t find them in Lebanon I have brought them from Paris, India, Egypt, Turkey and Syria. I have designed the clothes of Orient 499 since the beginning.

Is there a growing trend towards returning to the roots of Lebanon’s cultural past?

Roots don’t have a lot of meaning in [the modern] world, where everything is open and roots have become mixed together. What’s much more important nowadays is to have the feeling that things are done with spirit. You need to be able to see that pieces have been handmade and are not just mass produced in a factory in China. We should be proud of our cultural heritage and this is why a lot of people come to Orient 499. We are proud to show people that we are maintaining our cultural heritage; the heritage of Lebanon and the region.