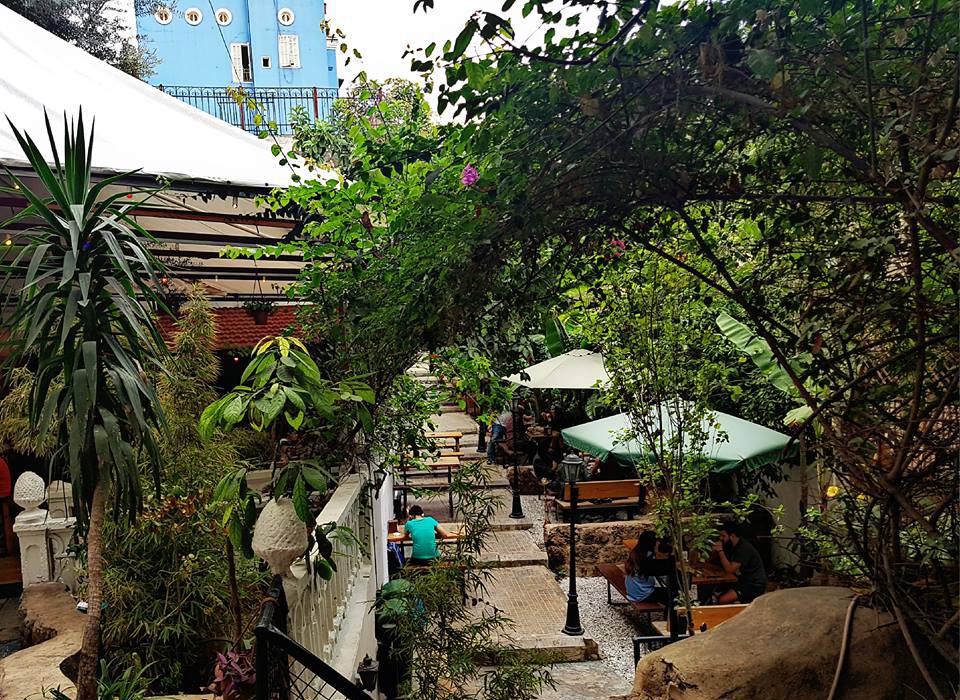 The entrance to Saifi Urban Gardens is hard to spot. Its graffiti-adorned alleyway is hidden among the tall Gemmayze buildings surrounding it.

But locals and foreigners will have no trouble pointing out this popular Beirut hot-spot that has become a center for food and nightlife since it opened in 2010. Whether you are there for a meal, a drink, an Arabic lesson or a place to sleep, the atmosphere at Saifi Urban Gardens is refreshingly welcoming, consistently international and unfailingly cool.

The first installment of various Saifi Urban Gardens (SUG) ventures was the Saifi Institute (01 562509) a language school that teaches spoken Lebanese Arabic. As Rana Al-Dirani, co-owner of SUG along with Mac McClenaham, explains, the idea behind teaching the local dialect, as opposed to Classical Arabic, is to encourage students to “communicate better in day to day conversations and meet local people.”

It didn’t take long for the school’s popularity to take off and the duo to expand their venture, opening a hostel, the Café Em Nazih (01 562509) restaurant, and Coop D’Etat Rooftop (71 134173) in the same building. “We noticed there were a lot of people coming into the city without an affordable place to stay. There were expensive hotels and really nothing else… The hostel, café and bar followed from there,” Mac says.

Despite sharing the same building, Coop D’Etat and Café Em Nazih exude tangibly different vibes, with the former attracting Beirut’s hipster crowds and the latter providing Beirut with a refreshingly casual self-service Lebanese restaurant. However, all of Saifi Urban Garden’s ventures share a laid-back atmosphere and an international crowd that have contributed to their success.

Stop by on any Friday night and Coop D’Etat and Café Em Nazih will invariably be abuzz with the music of good food and good company. As Mac puts it, “It’s the combination of the hostel, the café, the bar and the Arabic school bringing different people together in the same place. They feed off each other and they give to each other,” creating a beautiful space for Beirutis to congregate and enjoy all that Saifi Urban Gardens has to offer.