WHAT’S TRENDING ON LT
Lebanon’s Five UNESCO World Heritage Sites
5 Ultimate Tips for Your Next Camping Trip
Discovering the Beauty of the Cedars of God
5 Places in West Bekaa Worth Visiting
La Datcha: Haven in Akoura
5 Things to Do in Akkar
Digging into Sidon’s History
Baalbeck: the ‘Sun City’
10 Things to Do in Anjar
Exploring Baskinta with Al Wadi Al Akhdar
Explore LebanonMount LebanonRegionsReligious SitesThemesThings to doWhere to Go

Religious anthropologist, researcher and tourism consultant Nour Farra-Haddad takes us on a trip to Maqam El Nabi Ayyoub in Niha. 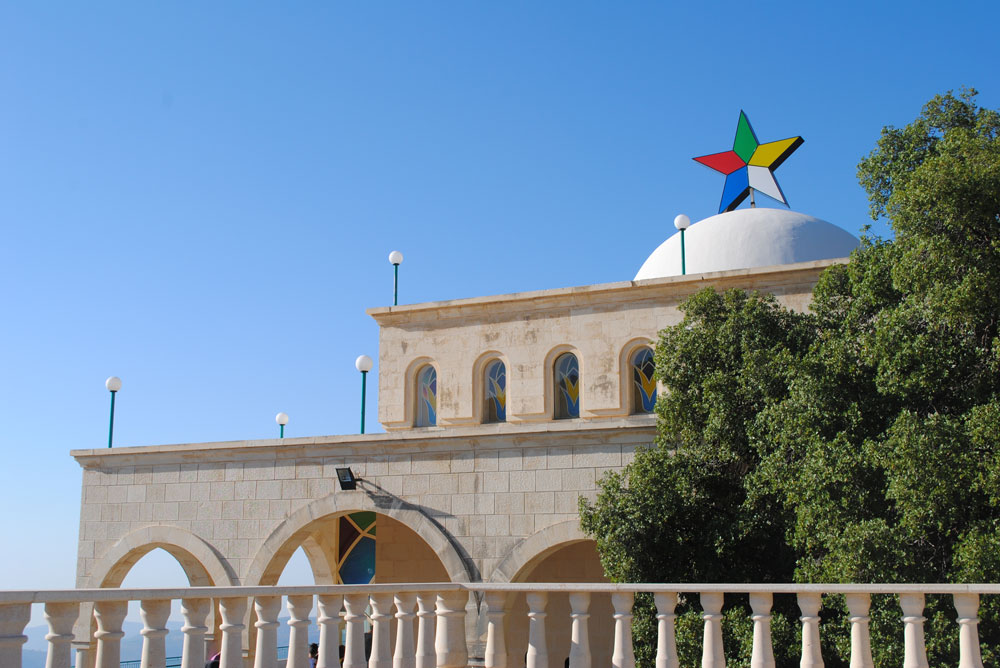 Niha is a beautiful village in Mount Lebanon’s Shouf area, perched 1,020m above sea level. A Druze majority and Christian minority inhabit the village. The main landmarks of the village are the famous Maqam of Nabi Ayyoub and Niha Fortress, also known as Fakhreddine Fortress. In the old town, you can also visit the Church of Saint Joseph and the Ain al-Qat’ah fountain. The Maqam of Nabi Ayyoub was renovated several times, and buildings, halls and rooms were added in order to accommodate the thousands of worshippers. In 1947, Sheikh Akl Muhammad Abou Chakra began the restoration of the premises and the work has continued ever since. 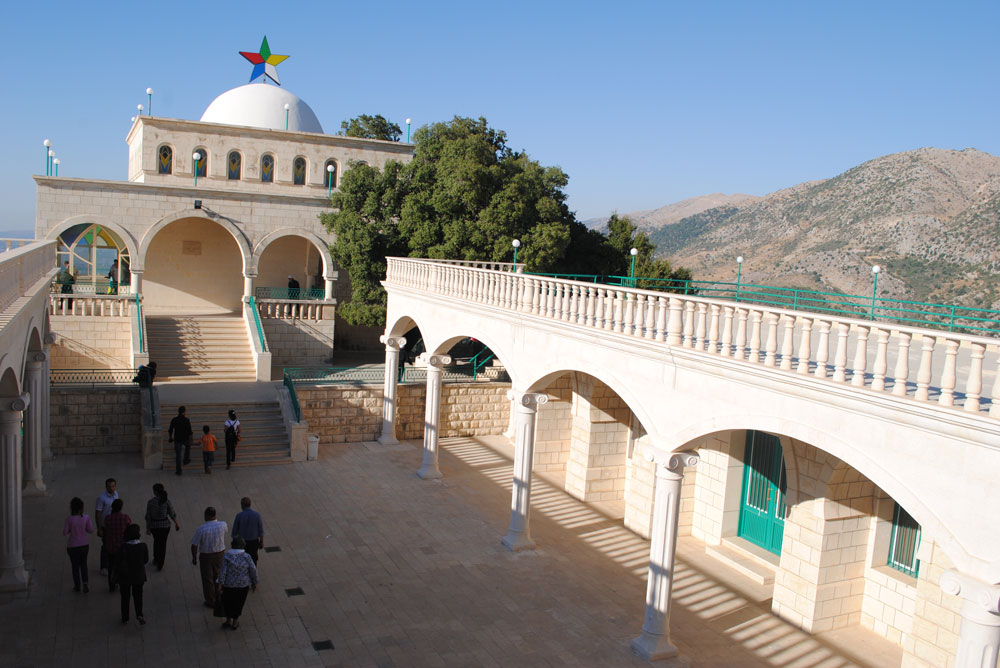 The main building hosts the tomb of the saint, Darih El Nabi Ayyoub (the prophet Job), under a large cupola topped with the colored Druze star. Believers from various religious communities across the country visit the shrine for its benedictions and graces. A large esplanade in front of the main building offers a fantastic panoramic view. In an annex, there are rooms available for pilgrims who wish to sleep in the maqam. To the rear of the shrine is a tree said to be miraculous, and, behind the sanctuary, a forest with century-old oak trees where visitors can enjoy a picnic. But the main attraction of this forest is a century-old arbutus tree, known to be miraculous and full of benedictions and graces. Local tradition says that this tree cured Job of skin disease. 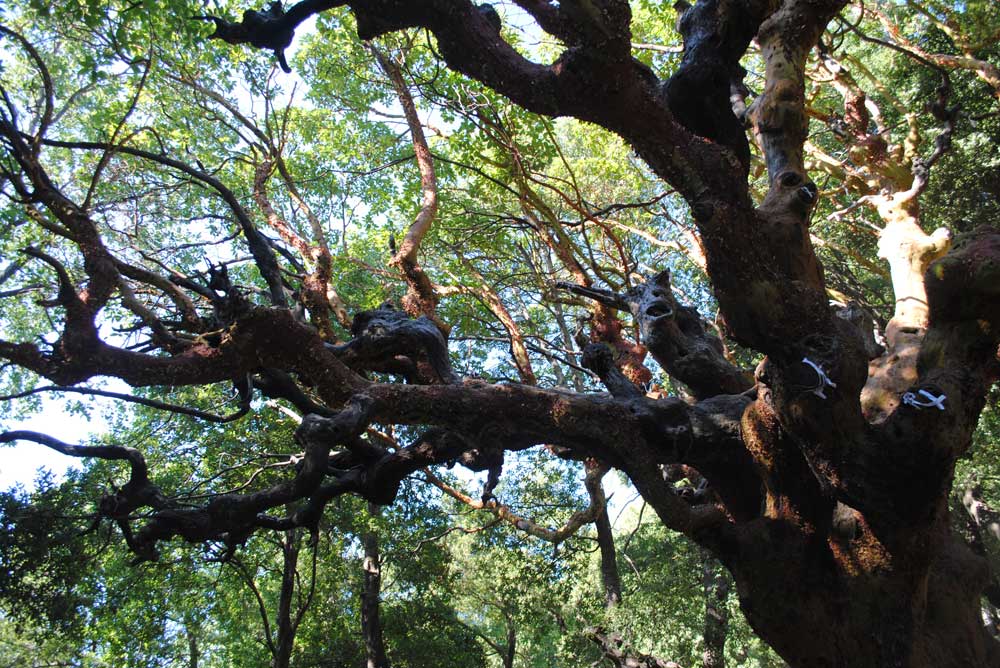 Amid green oak trees, the massive arbutus stands out thanks to its impressive reddish color. Devotees practice a variety of rituals around the tree, like hanging string and cloth in its branches. They also take fragments of the bark home for good fortune. At the entrance of the shrine, in front of the parking lot, pilgrims light candles in a small cave. A big fountain situated there is another attraction, with the faithful who believe in its baraka visiting it to collect water. 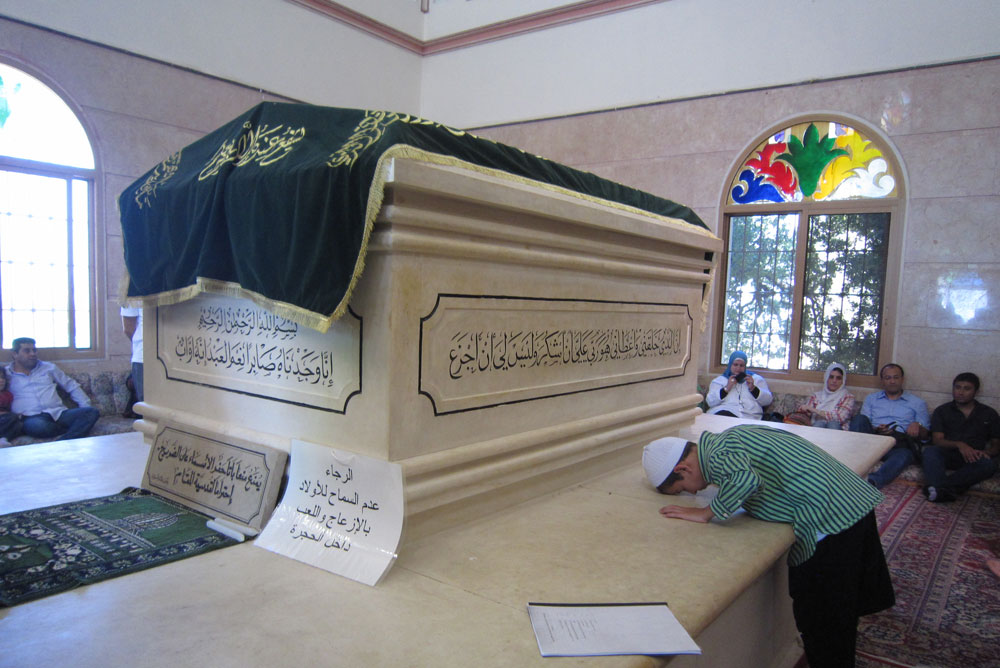 DEDICATION OF THE SITE

The central figure of the Book of Job in the Holy Bible, Job is a prophet in the Abrahamic monotheist religions: Judaism, Christianity and Islam. He is presented as a good and prosperous family man, who is beset with terrible disasters that take away all he holds dear, including his offspring, his health and his property. He struggles to understand his situation and searches for answers.

Job is an important prophet for Muslims, mentioned in the Holy Qur’an. The narrative frame of Job’s story in Islam is similar to that in the Bible, although in Islam the emphasis is on Job remaining faithful to God. While this is the only shrine dedicated to him in Lebanon, there are other sanctuaries in his honor across the Middle East, including a miraculous cave in Urfa (Turkey) and a famous shrine in Salalah (Oman).

The town of Niha is located 65km southeast of Beirut, in the Shouf area. The Maqam of Nabi Ayyoub is located at the top of a mountain, about 1,400m above sea level, and just a few kilometers from the town. To reach Niha, take the highway southbound towards Damour and then follow the signs to Deir El Qamar, Moukhtara, Ammatour, and Bater. Niha sits around five kilometers from Bater. The maqam is not recommended for those with walking difficulties due to the large number of stairs. It should also be noted that during winter, snow can sometimes block access to the shrine.

In the old town of Niha, visit the Church of Saint Joseph, Ain al- Qat’ah fountain, and the tomb of Wadih El Safi, who originally hailed from Niha. Many other Druze sites can also be found in the town, including Majles Bani Khamis, Majles Bani Ka’ik, Majles Bani Rakik and Majles El Abou Chebli. On the way to the shrine, admire the Fortress of Niha, a series of interlocking chambers carved into a cliff which was occupied by the Crusaders from 1165-1260. The rock face into which it was carved overlooks the valley of Bisri and Aray.

Its position permits one to watch the pass between Saida and the Bekaa Valley; a site of strategic importance. The fortress holds a fair number of silos and storerooms for stocking cereals and ammunition. Thoroughly fortified, it faces a rock wall pierced by openings. Passage from one level to another is made possible via wooden beams buttressing the cliff.