WHAT’S TRENDING ON LT
Beit Tamanna: a Dream Come True in Beirut
5 Things to Do in Akkar
5 Ultimate Spring Road-Trip Destinations
10 Things to Do in Chouf
5 Things Foreigners Should Do in Lebanon
The History Behind Beaufort Castle
Beirut’s Mesmerizing MIM Museum
10 Photos That Will Make You Fall in...
Mini Guide to Chtaura
10 Things to Do in and Around Zahle
BekaaMini GuidesRegionsWhere to Go 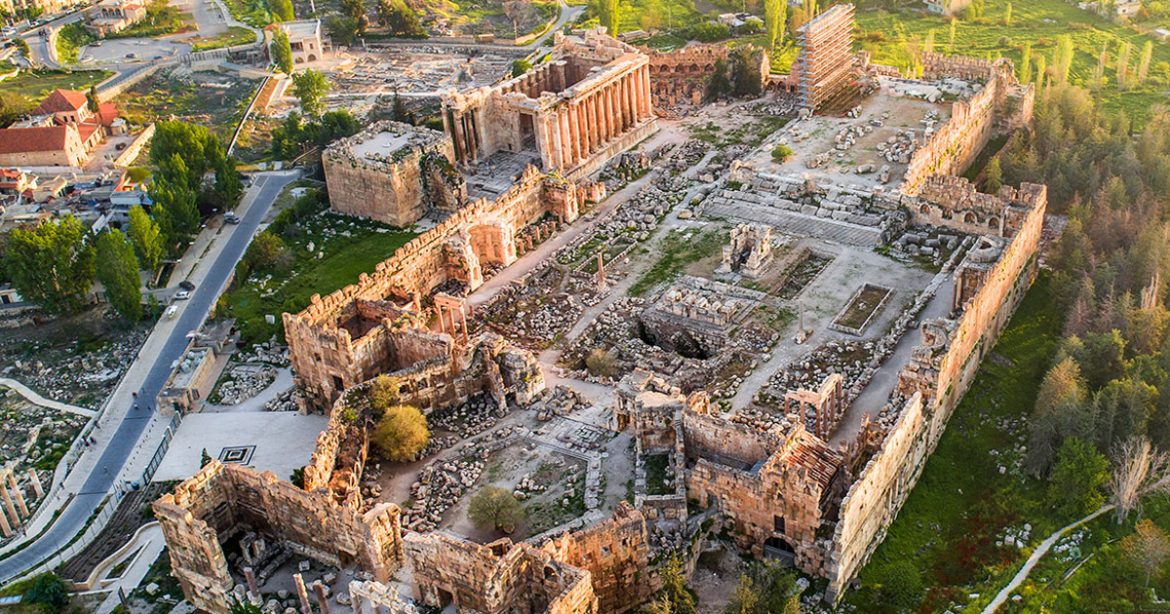 Baalbeck is a city in Lebanon that needs no introduction. One of Lebanon’s most popular tourist destinations, its astounding Temple of Bacchus is a UNESCO World Heritage Site and attracts thousands of tourists every year. 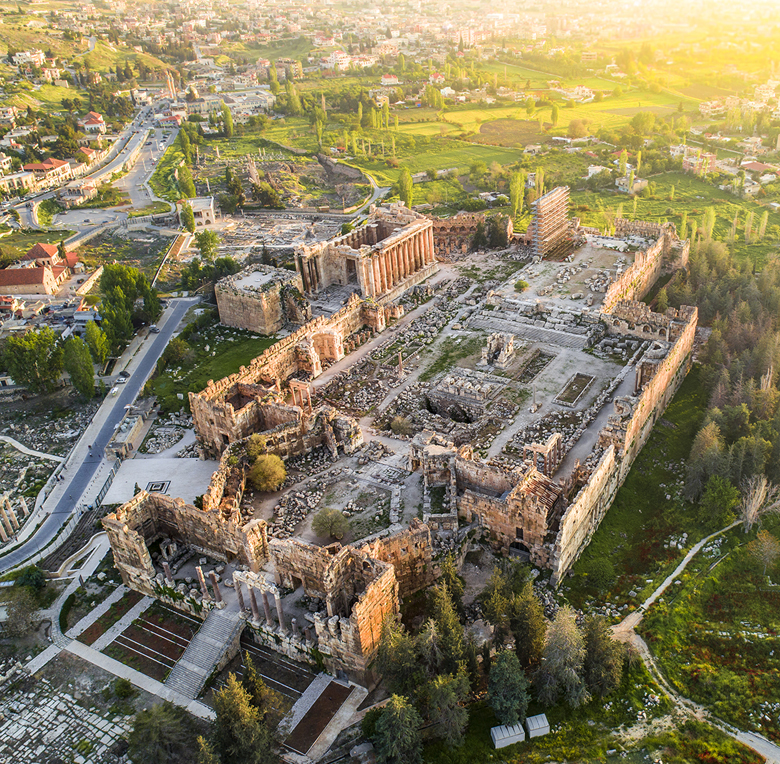 The city’s history spans back to the early Phoenician times and crosses into the reign of Alexander the Great. Like much of Lebanon, the resilience of the ruins in the face of destruction is part of what gives them their beauty. Through multiple empires, rulers, and wars, the temples have managed to not only survive but to keep their magnificence and grandeur intact.

Take the Beirut-Damascus Highway out of Beirut towards Zahle, and follow the signs to Baalbeck. 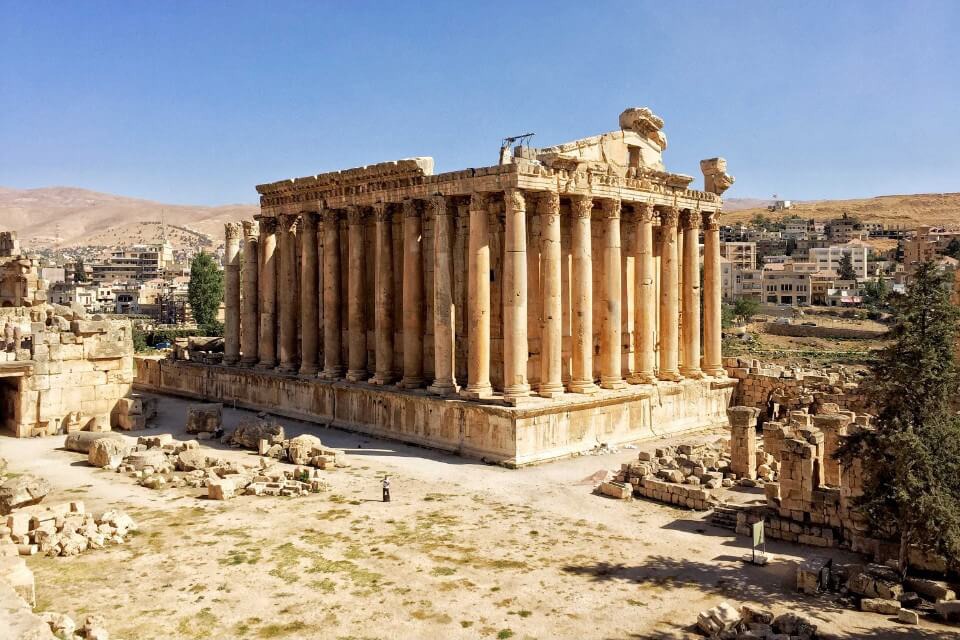 Though the Temple of Bacchus is the site’s largest ruin, there are actually three ancient temples at the Baalbeck Archaeological Site—the Temple of Venus, Jupiter, and Bacchus. The Temple of Jupiter originally featured 54 of the largest columns in the world, some of which can still be seen today. The Temple of Bacchus is easily one of the best-preserved remains of a Roman temple in the world. It is rumored that its halls were once used for human sacrifice. The mammoth structure took 120 years and 100,000 slaves to construct, and today, its glory is a reminder of the history buried deep within Lebanon’s past. 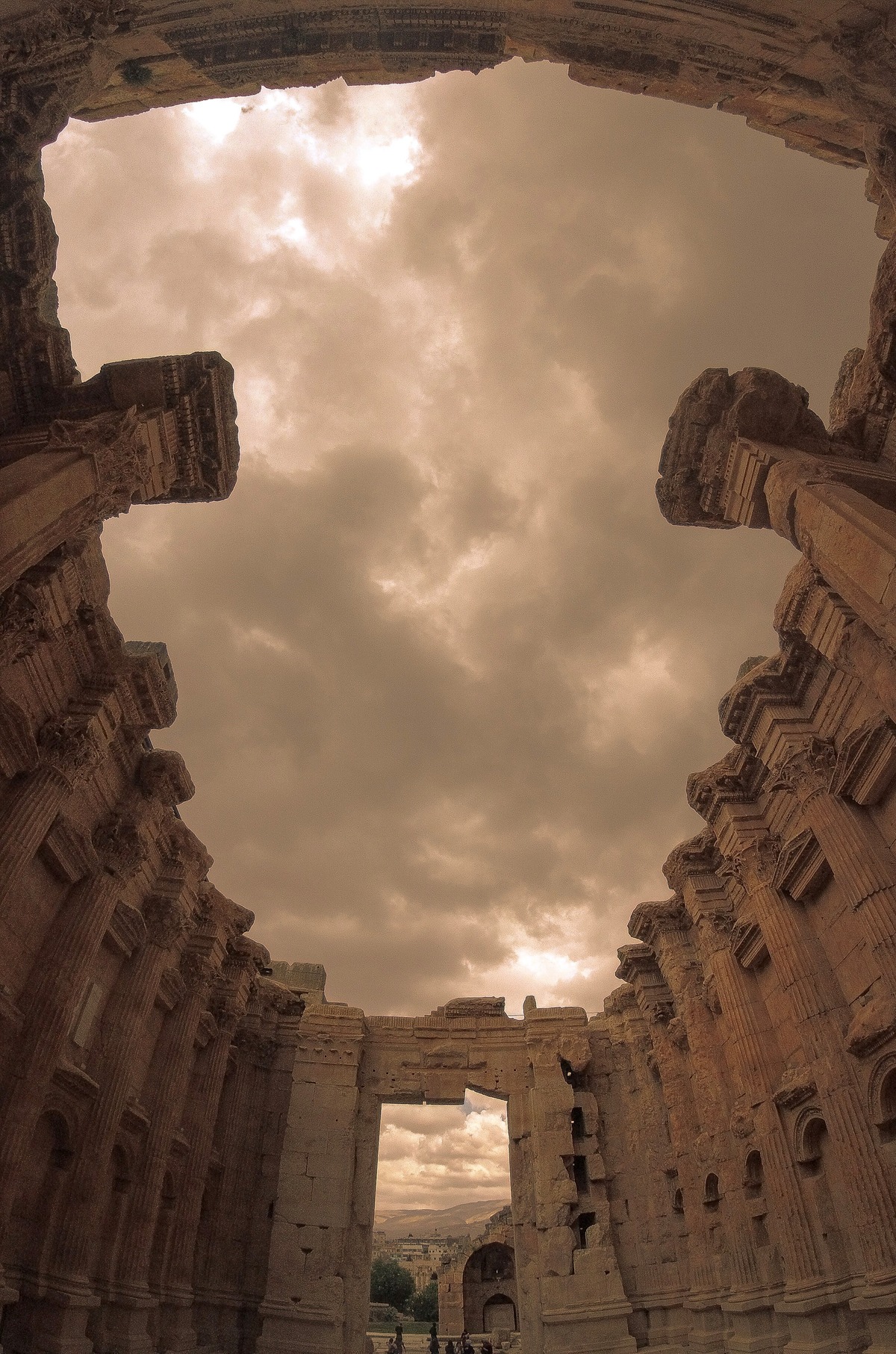 The sheer size of the Baalbeck Temple is enough to astound visitors. Its ancient columns loom high overhead and support an intricately decorated roof. The carving throughout the temple depicts Roman scenes and history-buffs will enjoy recognizing famous gods and goddesses in the artwork. Take your time meandering these ancient grounds, they are some of the best in the world. Entrance costs 15,000 LBP and the site is open from 8:30 am daily. For more information, call +961 8 370 520. 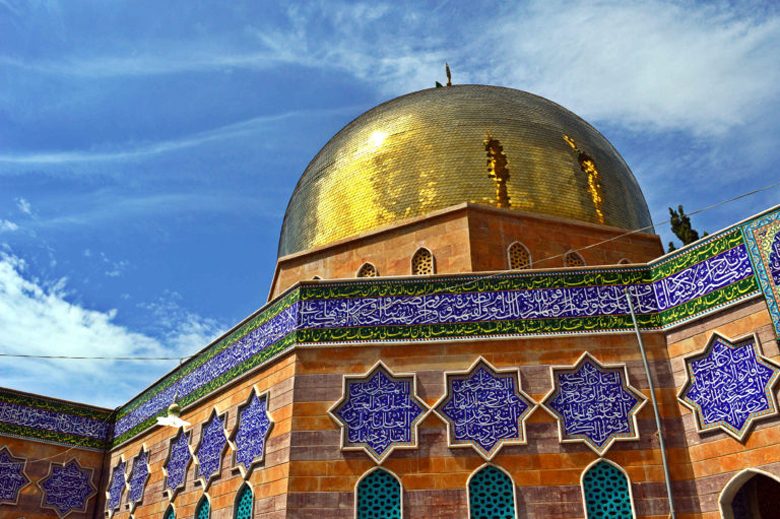 The shrine of Sayyida Khawla, daughter of Imam Hussein and great-granddaughter of Prophet Muhammad, is located at the southern entrance of the city. Though the stories vary, it is commonly believed that Our Lady of Baalbeck was laid to rest among the orchards, where her shrine stands today. Stories also claim that people residing close to her shrine have seen divine lights shining between the orchards.

Stone of the Pregnant Woman

This Roman artifact is one of the largest monoliths to be excavated. The exact method used to carve this stone is somewhat of a mystery. As for its name, there are several stories behind it; one story claims its name is attributed to the stone’s ability to increase fertility, while others stipulated it was because of a pregnant woman who claimed she could remove the rock if she was fed. 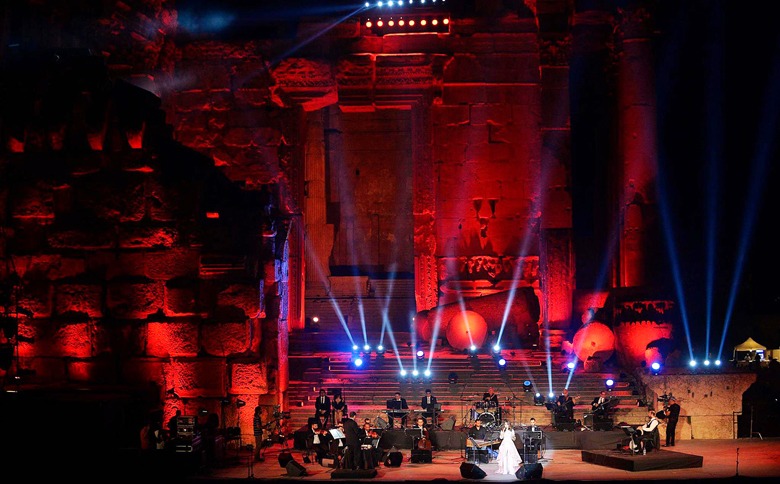 Every summer, Bacchus Temple transforms into a unique venue welcoming the biggest names in opera, jazz, rock, pop, and dance for the Baalbeck International Festival. Artists including Fairuz, Sting, and Charles Aznavour have been among the festival’s special guests. It is certainly an important cultural event for the country. For more information, visit baalbeck.org.lb.

There are several restaurants just outside the Baalbeck Archaeological Site that offer great mezze and will sustain you for the rest of the day. Try the Baalbeck Palace (+961 8 377 666) or Ananas Restaurant (+961 81 616 406), both of which are within walking distance from the site. Simply ask a local guide to point you in the right direction, since their signage is in Arabic. One thing’s for sure, though: one cannot go to Baalbeck and not try their famous sfiha Baalbackieh. 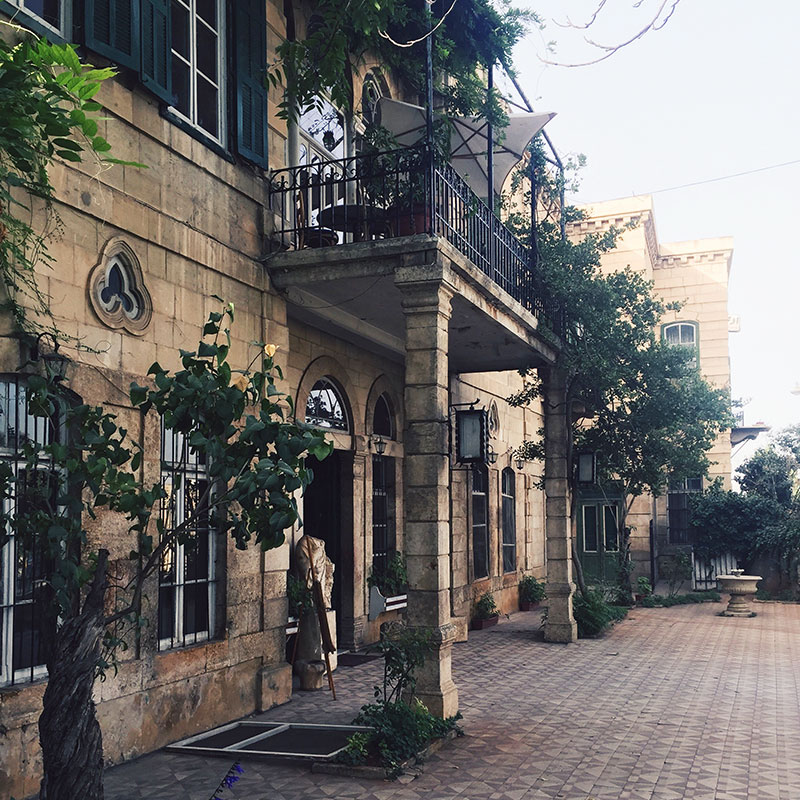 Located steps from the Baalbeck ruins, the historic Hotel Palmyra (+961 3 371 127) is a beautifully renovated house, complete with terraces, a sunny garden, and a lovely restaurant. The hotel has been open since the 19th century, and has seen its fair share of celebrities, including Nina Simone, Ella Fitzgerald, and even Charles de Gaulle. Today, the hotel is decorated with authentic vintage décor and furniture that is reminiscent of old Lebanese grandeur. Some rooms even offer a view of the nearby Roman ruins. The service, rooms, and overall ambience will make you feel immediately welcome and enamored with Baalbeck’s charm. 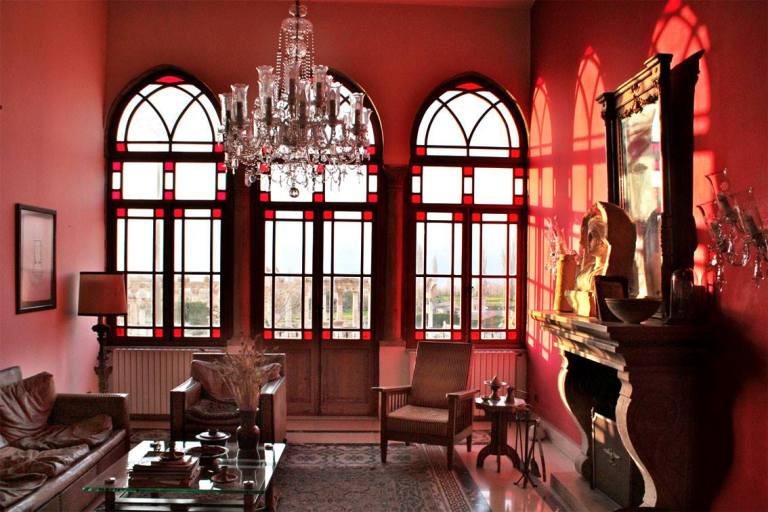 L’Annexe (+961 81 064 460) is a traditional Lebanese home built in the 19th century that includes five rooms and a patio. Light passes through its arched windows, filling the quarters with an ochre glow. The patio combines colorful fabrics inspired by Arab motifs with the tranquility of a Greek island garden.

Ali and his wife, Rima, acquired the place in the 1980s and opened L’Annexe’s doors to share their passion for this forgotten city with anyone thirsty for a true voyage into Middle Eastern heritage.