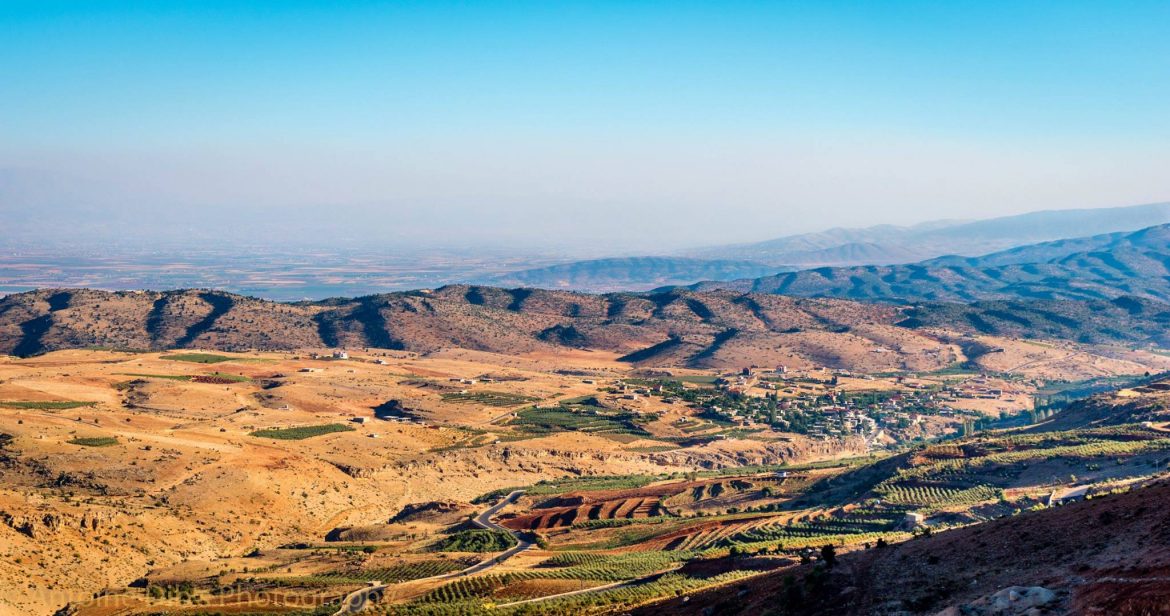 Deir El Ahmar is a town located 100 km from Beirut and 22 km northwest of Baalbeck in the Bekaa Valley. It is believed its name originated from the Aramaic Deir Ohmor, the Monastery of the Lord’s Brother. Deir El Ahmar is characterized by its climate — mild during spring and fall, dry and warm during summer and cold in winter — and its high altitude.

There are other explanations as to the origins of the name. Some believe that the name of the town was attributed to the large monastery in the area built on red stones — Red Monastery.  However, there is another story told by the villagers that when the town was named, pagan tribes were baptized and monks who lived in the town built a monastery on the ruins of Jupiter’s Temple. The temple was used by pagans as a place of worship. Villagers used to come every morning to Mass before going about their day. One morning, the villagers did not hear the Church bell toll and went to the monastery. There, they found the monks had been slaughtered by the pagan tribes who came back to avenge their gods. The villagers ran back to the town shouting the monastery is red, “Deir El Ahmar” in Arabic, after seeing the blood. 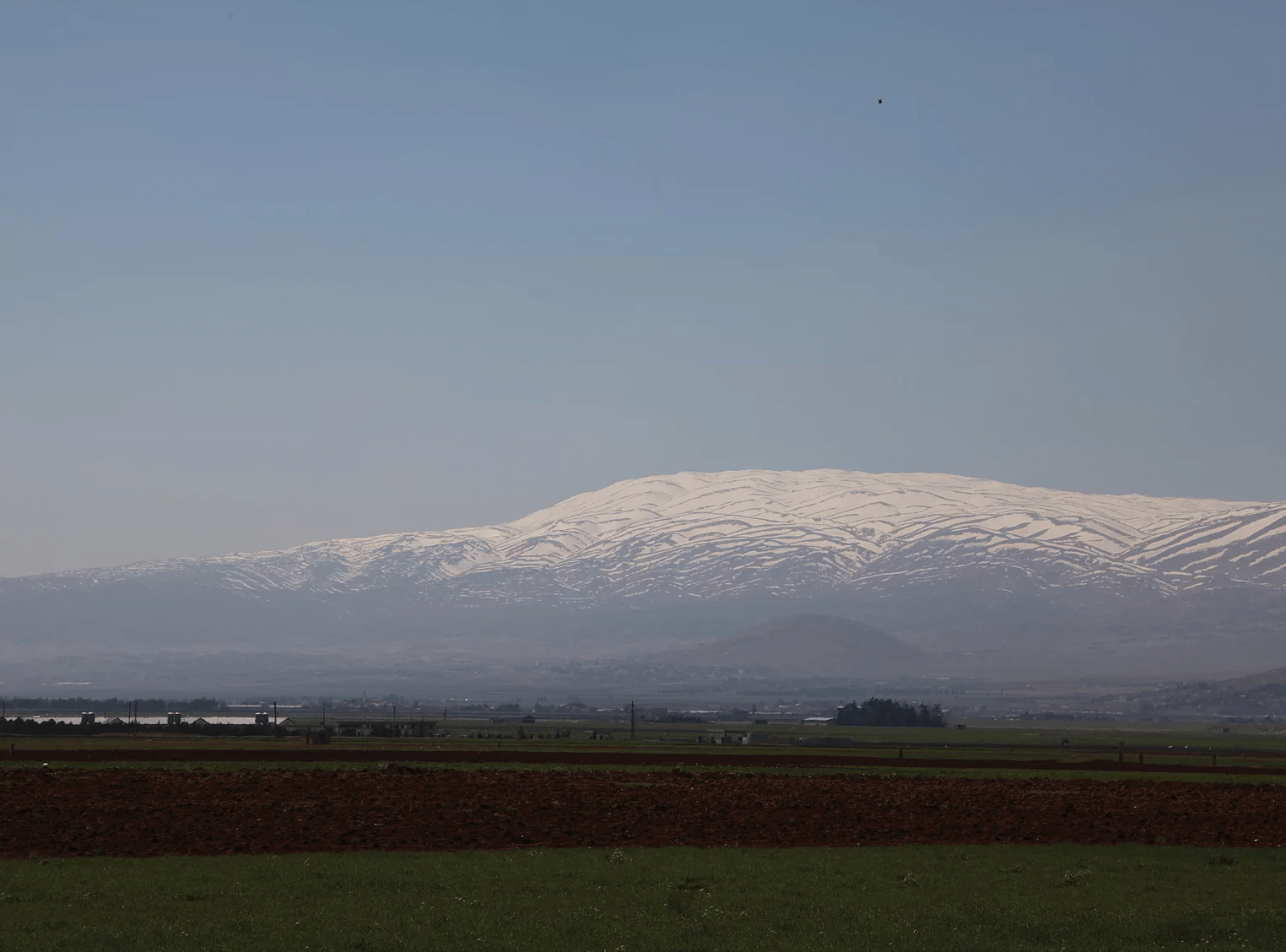 Take the Beirut-Damascus Highway out of the capital and follow the signs. It is also possible to reach Deir El Ahmar via the Cedars. During winter, some roads may be temporarily closed due to the heavy snow. Deir el Ahmar is very close to Saydet Beshouat Church. 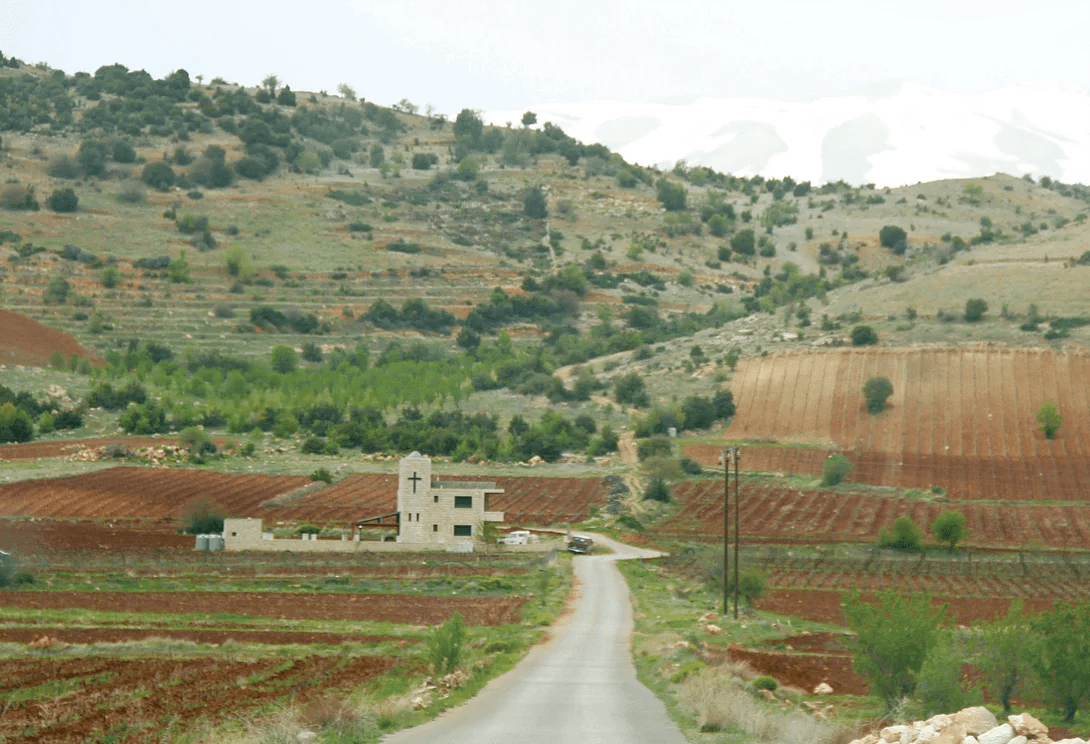 Deir El Ahmar has eight historical churches. Saint Joseph Church completed in 1914, Our Lady of the Tower Church built on the ruins of the temple of Jupiter, Saint Georges, Saint Nohra, Saint Michel old and new, Saint Elie and Our Lady of Cultivation. The town is also the center of the Archibishopric of Baalbek-Deir El Ahmar. 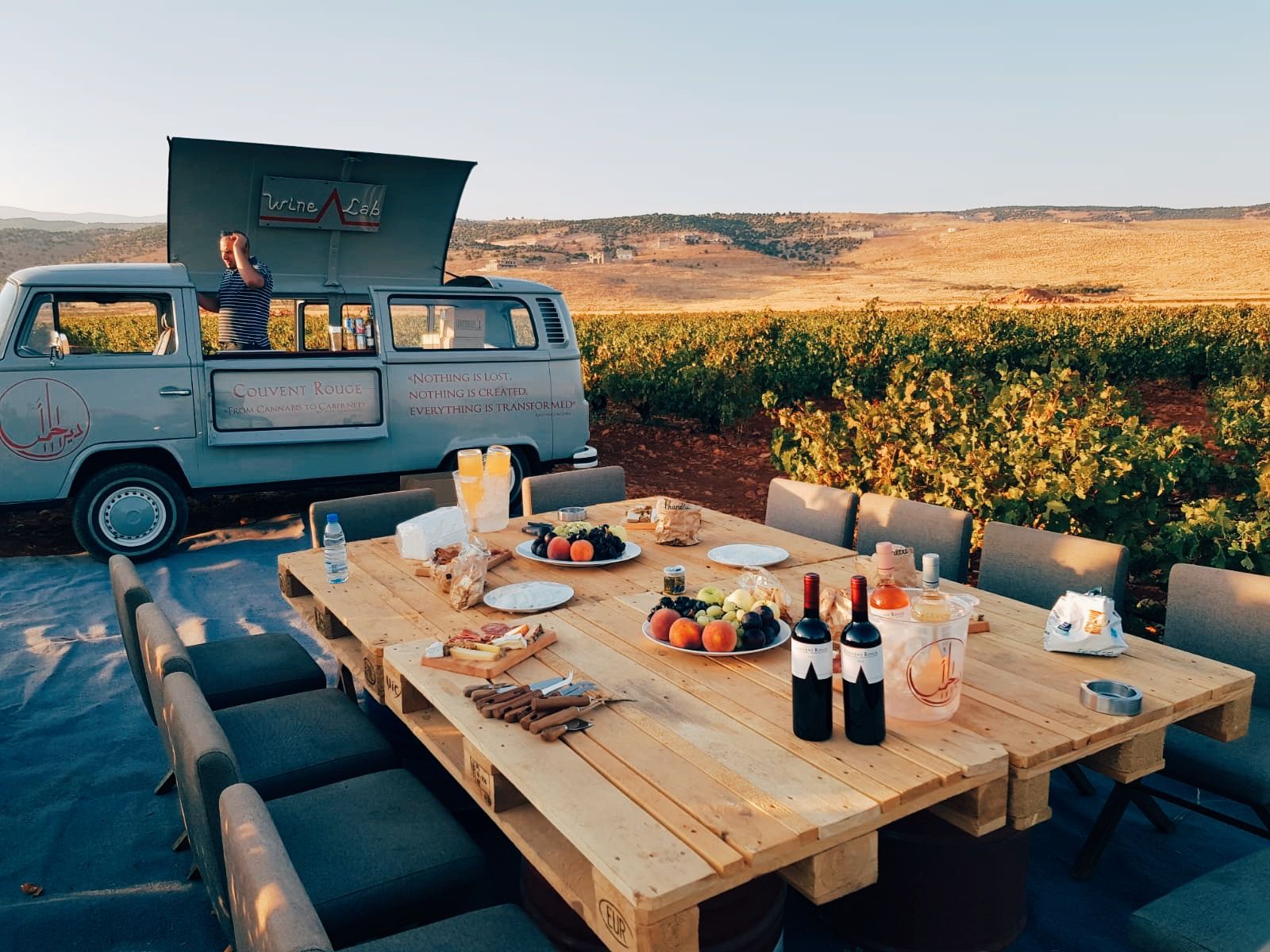 Couvent Rouge winery was established to help local farmers. The modern winery building is located on a hill and overlooks the Bekaa Valley. It exports the majority of its wines to the United States. You can book a tour of the winery by calling  +961 71 888714.

To celebrate the Assumption of the Virgin (Eid El Saydeh) in August, a Sunrise Fusion party is held every year on the rooftop of the winery. 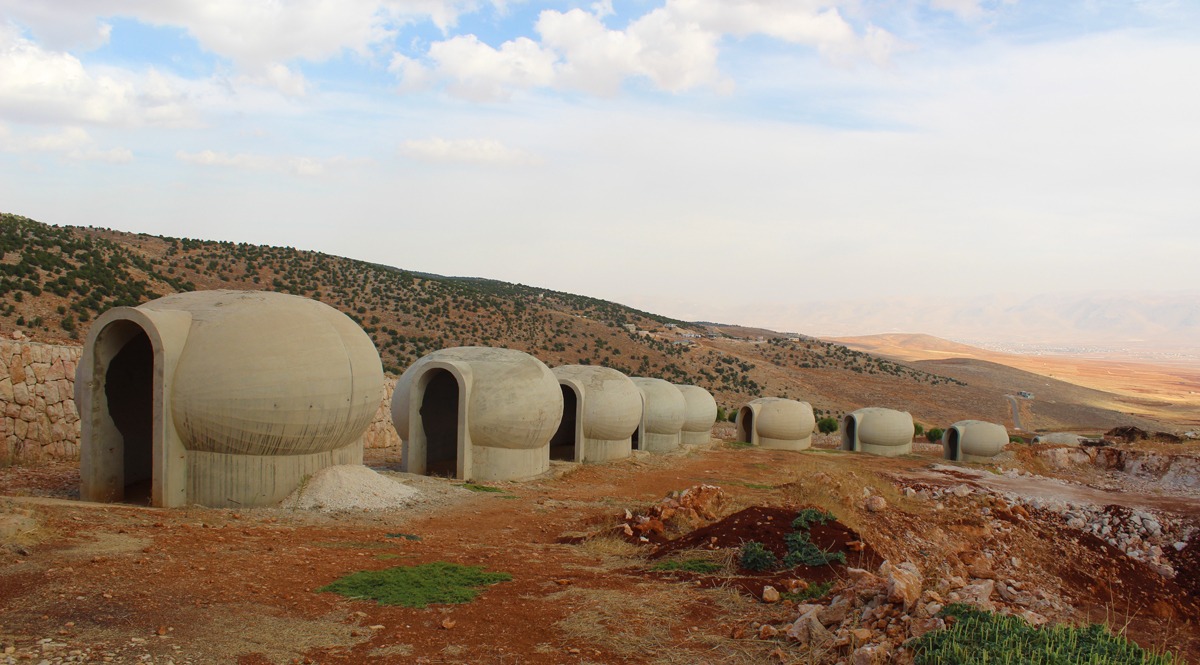 The record-breaking rosary of Lebanon can be found near the main road that runs between Deir El Ahmar and Beshouat. Built in 2011, it is 600 meters long and is made up of 59 illuminated beads.

The town has three walking trails: the blue trail, darb mariam; the red trail, darb al nabiz; and the green trail, darb roumany. Walks are organized by WADA, an organization that actively promotes the natural, religious and cultural treasures of the region.

Deir El Ahmar is known for its farming activities and produce. You can easily find locally made delicacies in the shops and cooperatives. 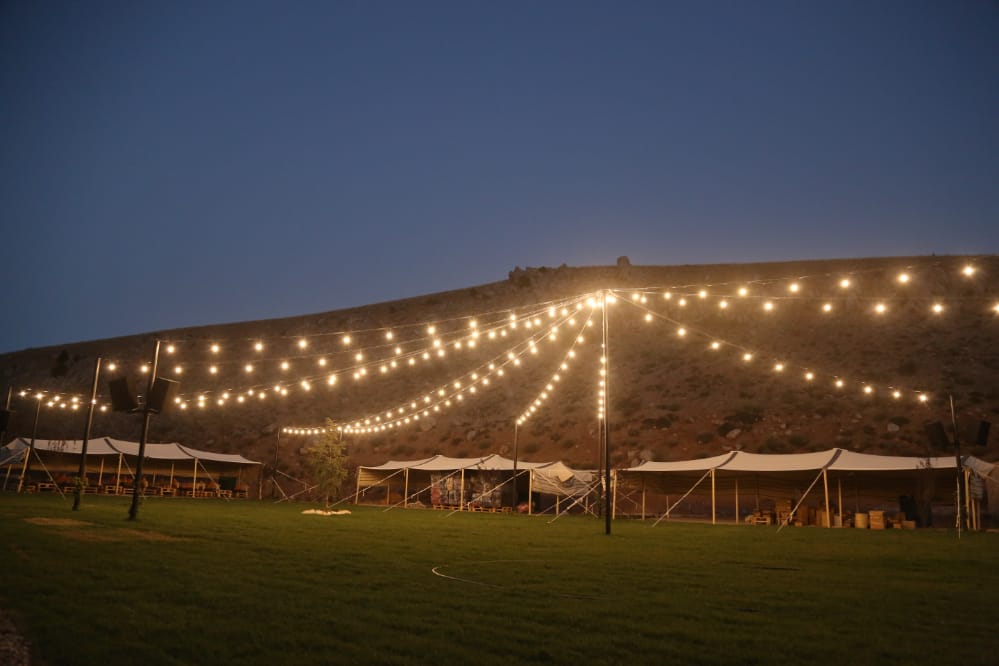 Fawk el Gheim is located within 30-minute drive from Deir El Ahmar. The outdoor restaurant is open beginning of May until end of the summer and offers delicious cuisine cooked by the ladies of Deir El Ahmar. Find your way to the restaurant here or call +961 70 477999.

The residents of Deir El Ahmar are extremely hospitable. It is not uncommon to be invited into their homes, even to spend the night. You can choose from the 30 guesthouses in the WADA Network. WADA, which stands for Women’s Association of Deir El Ahmar, is an NGO that promotes the role of women in rural development and welfare of society in the region around Deir El Ahmar. 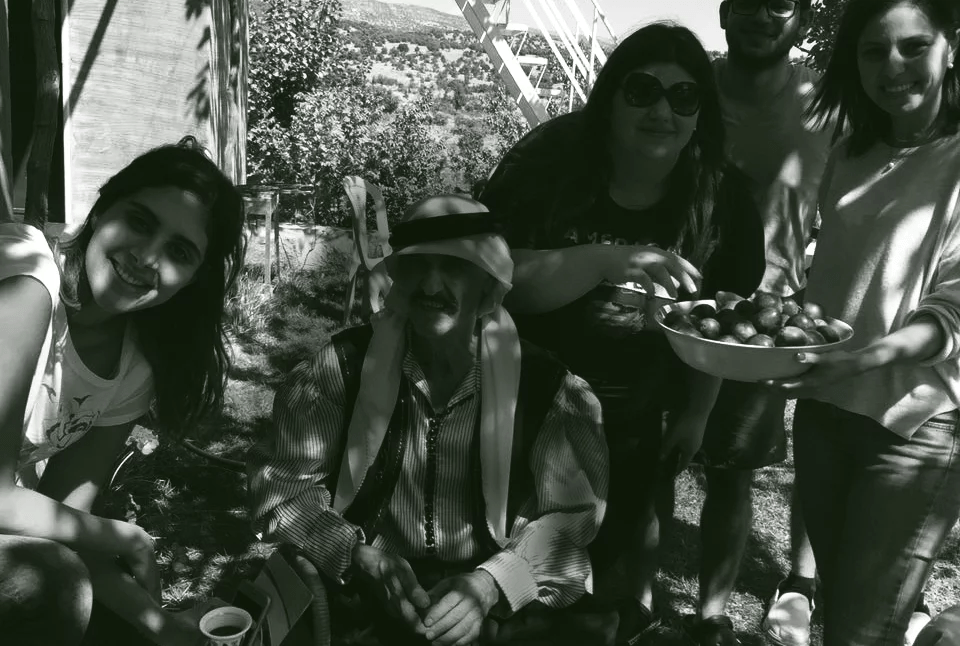 Deir El Ahmar Village +961 81 270006 is another accommodation option in the area. It is ideal for families.