Painting A Greener Picture: Responsible Lebanon - Lebanon Traveler
WHAT’S TRENDING ON LT
Download the Magazine
The Forgotten Cave of Saint George, Jounieh’s Hidden...
The Hidden Gems of Clemenceau
Stay at Beautiful Bkerzay
Discovering Maqam El Nabi Ayyoub in Niha
Discovering Al Haush Guesthouse
The Past and Present: 5 Photos from Mount...
A Look Inside Saydet El Mantara: Our Lady...
8 Things to do Before Winter Ends
Mini Guide to Tyre
20 Things to Do in Beirut
The Scents of Tripoli’s Public Garden & Spice...

With environmental issues hogging the limelight in recent years, we learn more about some of the organizations fighting for sustainability.

Cedar Environmental specializes in municipal recycling facilities, offering services ranging from dynamic composting (an accelerated version of composting) to material recovery facilities, among many other services. “We’ve also established the two-bag sorting system and we’re working hard to roll out as many street recycling bins as possible across Beirut and Mount Lebanon to facilitate recycling,” says Ziad Abi Chaker, CEO of Cedar Environmental.

Another project is the vertical green wall structure which uses only recycled materials, mainly plastic bags. The organization has recycled hundreds of millions of tons of trash, making it one of the biggest players in Lebanon’s green movement. 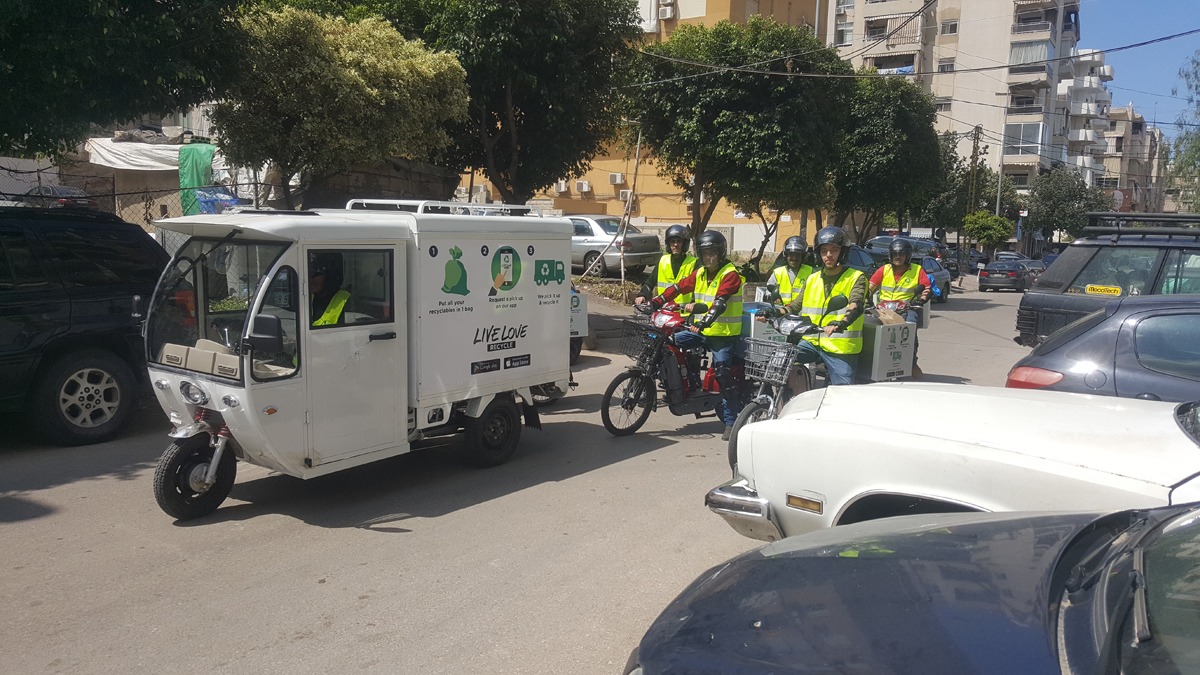 Live Love Recycle began operating in April 2018, enabling its mobile application users to send their recyclables with a driver to Arcenciel at no fee. “From August 2018 until now, the application has been downloaded over 12,000 times. More than 3,000 people are recycling regularly and that’s a very positive sign for us,” says George Bitar, the initiative’s founder.

“We plan on extending our reach beyond Beirut and expanding the range of items we are able to recycle. There is a recycling factory opening within a year in the Bekaa, one that’s big enough to process recyclables such as glass and batteries. It will be an interesting step forward.”

Launched by Cedar Environmental, GGRIL collects unwanted green and amber glass packaging, mainly used for beer bottles, and repurposes them to make colorful, functional art pieces and tableware, such as water jugs. Since the initiative began five years ago, over 225 tons of glass have been recycled, which equates to around one million bottles. “All proceeds from the sale of these glass items go back into the stream to provide more work for the glassblowing artisans,” says Cedar Environmental’s Ziad Abi Chaker. “The glassblowers of Sarafand have had more work in one year making GGRIL products than they have had for the last five years combined.”

Studies have shown that 55 percent of household garbage in Lebanon is made up of organic waste, which is one of the easiest types to compost. Enter Compost Baladi, an organization founded in 2017 to provide the tools and knowledge to treat different types of waste and compost efficiently. The organization works from the individual right to municipality level, organizing workshops to raise awareness and teach people how to compost.

“Our mission is to promote the repurposing of organic waste into valuable resources,” says Marc Aoun, the organization’s co-founder. “Compost Baladi tailors its solutions to the specific circumstances of each client, abiding by the fundamental law: low tech, low cost and a local approach.”