WHAT’S TRENDING ON LT
5 Ultimate Spring Road-Trip Destinations
10 Things to Do in Chouf
5 Things Foreigners Should Do in Lebanon
The History Behind Beaufort Castle
Beirut’s Mesmerizing MIM Museum
10 Photos That Will Make You Fall in...
Mini Guide to Chtaura
10 Things to Do in and Around Zahle
Lebanon’s Five UNESCO World Heritage Sites
5 Ultimate Tips for Your Next Camping Trip
Art, History & CultureLT InterviewsLT LovesMuseumsThemesThings to doWhere to Go 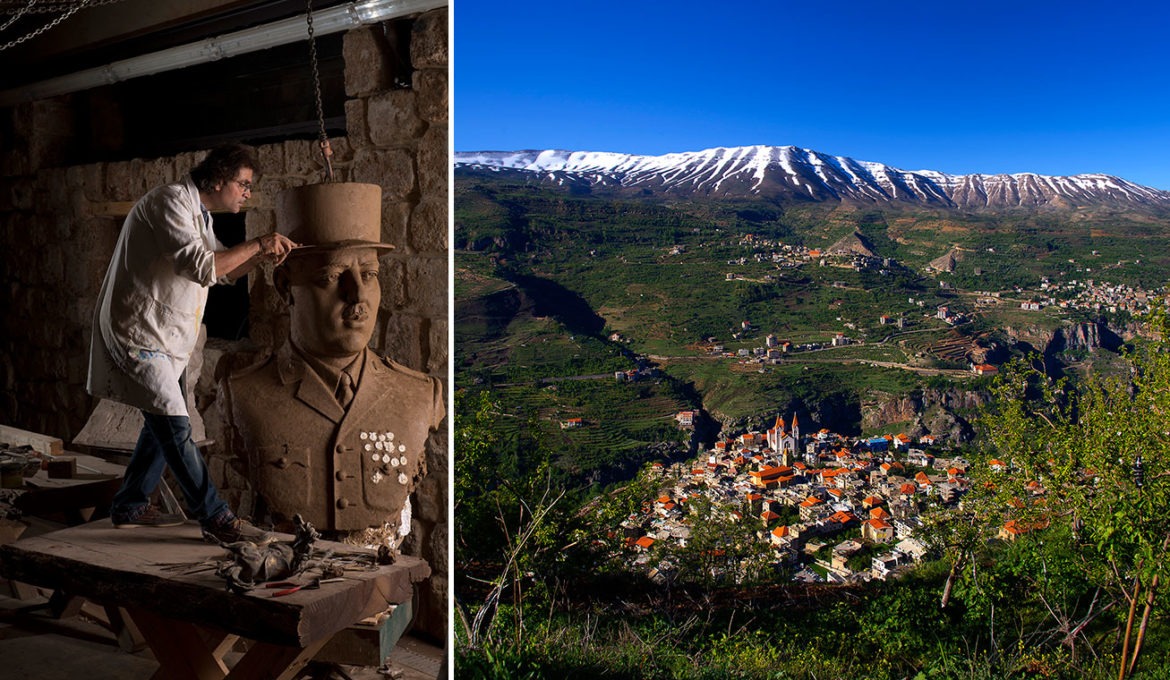 Rudy Rahme is no stranger to Lebanon’s bustling art scene. The artist and poet has spent the last three decades creating magnificent sculptures, earning him immense respect at home and abroad. We learn more about his work and where he draws inspiration from. 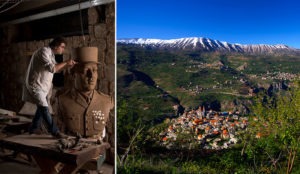 The type of nature in Bcharre has had a big impact on me, especially because the valley is right next to Mount Makmal, where, in no time, you find yourself 1,400m above sea level. The contrast between the valley and the mountains, and the fact that there isn’t a single tree like the next or a rock similar to its neighbor, is inspiring. It is the clay of your art and what makes you an artist.

Born in 1967 in Bcharre, North Lebanon, Rahme studied at the Lebanese Academy of Fine Arts (ALBA) and the Spinelle Academy in Florence, Italy. He represented Lebanon at several sculpture symposia in Lebanon, France, Italy, Switzerland and the Gulf countries – scoring awards such as the gold medal for Lebanese poetry and the Sursock Museum Award.

Some of Rahme’s most iconic works include “Windmill of Time” at the Jeita Grotto, the various sculptures at the entrance to Beirut’s UNESCO Palace and the altar at the Church of St. Joseph in Mtayleb, Metn.

Despite all of his success, however, Rahme remains humble, considering his talent a gift from God, inspired by nature and his rural upbringing. 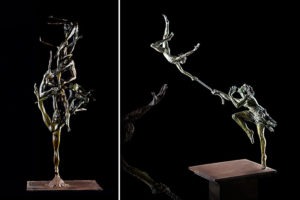 “When I sit to sculpt, memories of the Kadisha Valley, its movement and energy, come flooding back. This appears in many of my works. Bcharre’s nature is the foundation of my art.”

One of Rahme’s major achievements is “La Martine Cedar,” carved from dead cedar trees in Bcharre, which would later become the world’s tallest wooden sculpture at a height of 39m (recognized by Guinness World Records).

I wasn’t really intending to produce the world’s tallest wooden sculpture. I was part of the Cedar Committee from a young age and they wanted to thank the French people who had supported them. I used to see how people cut our cedar forests to make tiny souvenirs and would think, ‘Why are we cutting them down? We should preserve them.’ When they asked me what we could do to thank the French, I told them I wanted to carve the three dead cedar trees that had died during the 1985 storm, but I wanted to carve them right where they stood. They would form a trinity to represent the name of the forest (God’s Forest); and that’s how it started.

The trees, currently carved, are part of an on-going project with a total of 12 trees to sculpt. “We want to make something out of these dead trees, not just throw them away,” he adds.

Rahme’s next ambitious project is to work on an entire church. While he has done work in churches before, this would be a first for the artist.

“Right now I’m working on a project honoring Raya Chidiac, the woman who was recently killed in Miziara,” he explains. “We’re going to build a church named Santa Maria Goretti, because Santa Maria died in a similar way.”

“This church will be a place where you can really see the ‘Rudy Rahme’ stamp,” he adds, “and will take about a year and a half to two years to complete. There are still a lot of details to work out, but it’s a project that I’m very excited about.”

VISIT THE RUDY RAHME MUSEUM
Witness Rahme’s work firsthand by visiting his workshop and museum (by appointment only). A number of exceptional sculptures, including a nine-meter-tall statue of Jesus, can be found in the pretty gardens surrounding the property, which in itself is a modern masterpiece. 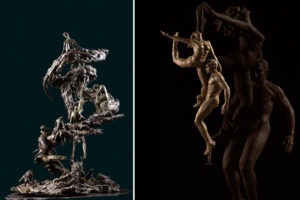