WHAT’S TRENDING ON LT
5 Things to Do in Akkar
5 Ultimate Spring Road-Trip Destinations
10 Things to Do in Chouf
5 Things Foreigners Should Do in Lebanon
The History Behind Beaufort Castle
Beirut’s Mesmerizing MIM Museum
10 Photos That Will Make You Fall in...
Mini Guide to Chtaura
10 Things to Do in and Around Zahle
Lebanon’s Five UNESCO World Heritage Sites
BeirutRegionsReligious SitesThemesWhere to Go 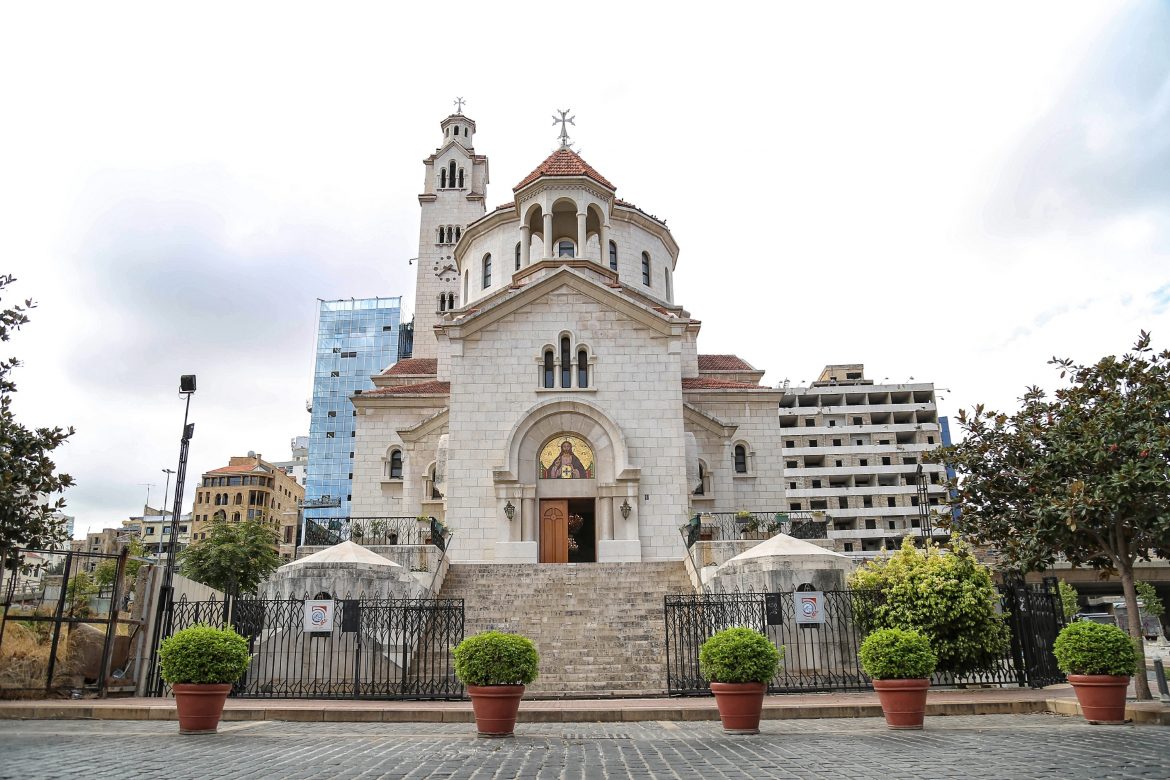 Religious anthropologist, researcher and founder of NEOS Tourism consultancy Nour Farra-Haddad takes us to an Armenian landmark in Downtown Beirut. There, we pray for peace, for the victims of the Beirut blast, and we stand in solidarity with the Armenian community. 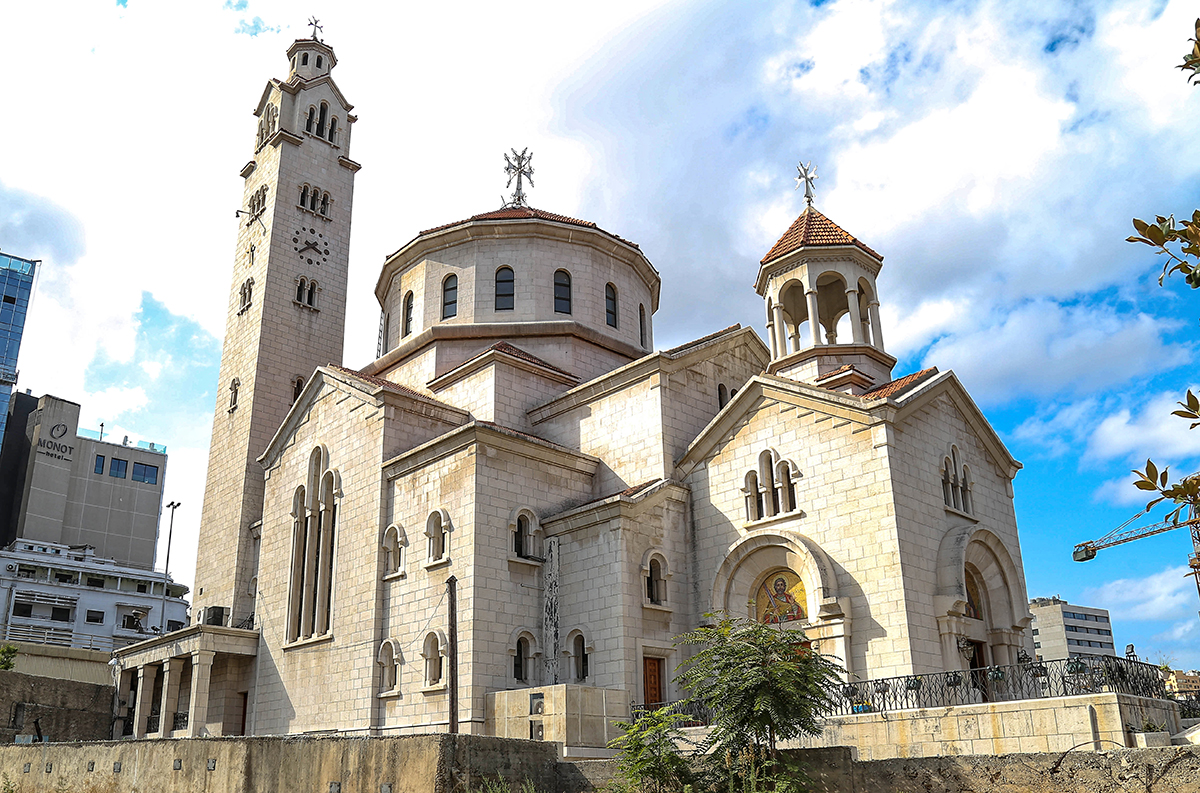 Near the residential quarter of Saifi in Downtown Beirut stands the magnificent Cathedral of Saint Elias and Saint Gregory the Illuminator (Sourp Yeghia, Sourp Krikor Lousavoritch). It was originally built in its current location close to the Armenian souks in 1860 and represented the first Armenian Catholic church in Lebanon. The church was demolished in 1901 in order to be rebuilt to accommodate a larger number of worshippers. In 1950, Cardinal Aghajatian ordered the destruction of the church so it could be replaced by a cathedral and built in the traditional architectural style. The cathedral was completed in 1959 but suffered severe damage during the Lebanese civil war. It was renovated after the conflict ended in 1990, and today, mass is celebrated twice every Sunday. 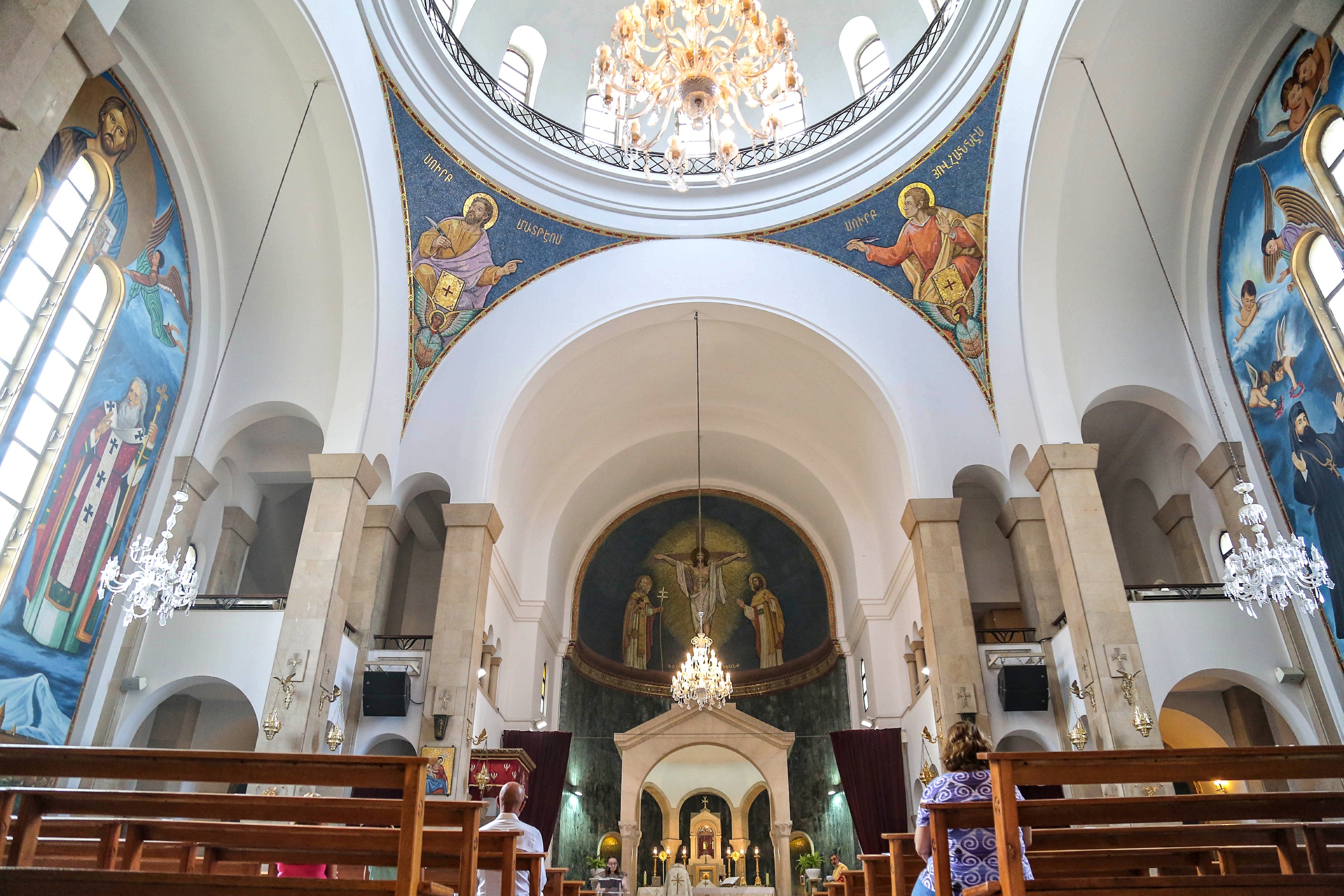 Saint Gregory the Illuminator is the apostle, national saint and patron of Armenia. He was born in the late third century and died in the early fourth century AD. Gregory was the founder of the Armenian Apostolic Church — sometimes called the Armenian-Gregorian Church — but he was not the first to introduce Christianity in Armenia; the apostles Bartholomew and Thaddeus preached there before him.

Countless legends and miracles were attributed to Gregory, many of which are celebrated as feasts by the Armenians. After his death, his remains were scattered near and far during the reign of the Roman emperor Zeno. His head is believed to be in Armenia, his left hand is at the Echmiadzin Cathedral, and his right hand can found at the Holy See of Cilicia in Antelias, Lebanon. 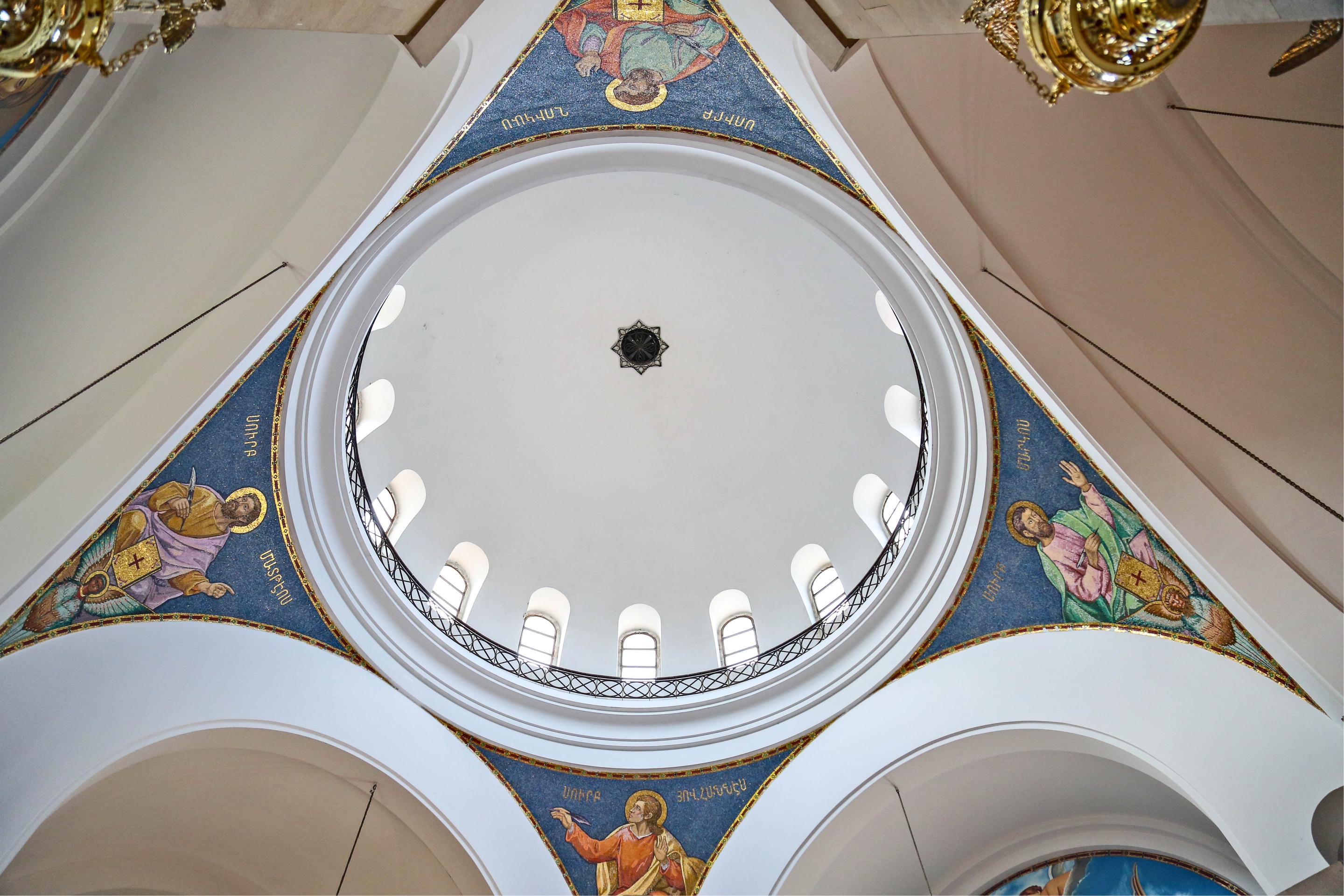 Of all the biblical saints, sites dedicated to Saint Elijah are by far the most prevalent in Lebanon, with 262 shrines devoted to him throughout the country. Elijah, Elijah, Ilyas or Ayla is a prophet in the Jewish, Christian and Muslim religions. He is the most frequently quoted prophet in the New Testament, and he dominates Old Testament prophecy. It was his passion for God that led him into battle against Baal and his servants. He is mentioned in the Qur’an as “benefactor of the weak,” who defended the value of respect. The Qur’an and Muslim scholars agree that the Hebrew god sent the Prophet Elijah. Elijah lived in Baalbeck in the ninth century BC. The people of the region were idolaters; they worshipped Baal, a Phoenician deity. Elijah preached the righteous path towards God. It is believed that he was granted the gift of immortality as “Khodr.” There are more than a dozen Muslim shrines in Lebanon dedicated to him under the name of Nabi Ayla or Nabi Yassine, such as the little mosque of Ablah and the maqâm Nabi Elias in Qabb Elias. 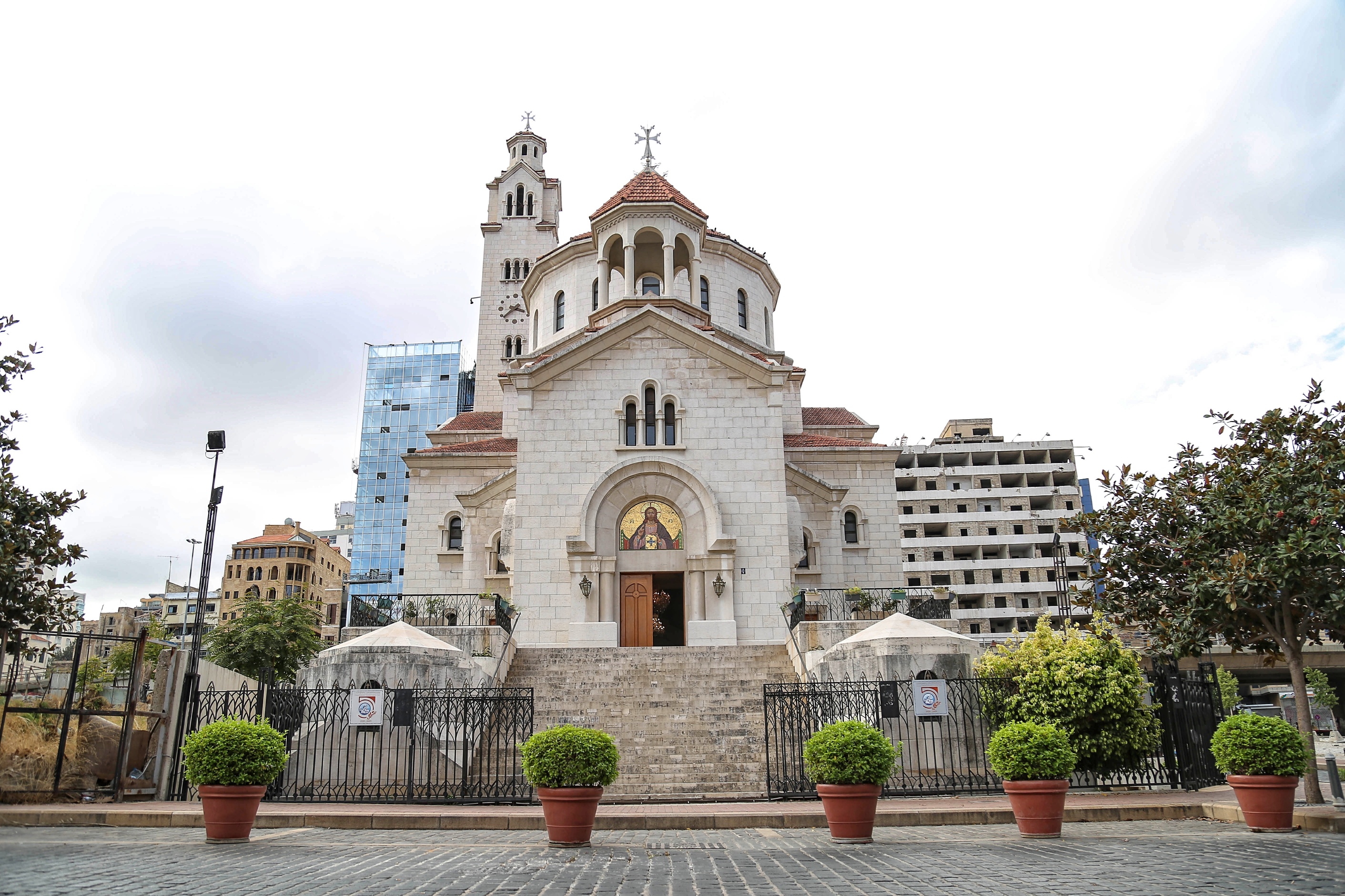 Because of its location in Downtown Beirut, the Cathedral of Saint Elias and Saint Gregory the Illuminator is within walking distance of other sites of worship, such as Saint Elijah Greek Catholic Church, Saint George Greek Orthodox Cathedral, Saint Louis Church of the Capuchins, Al Omari Mosque, Immam Ezzeddine Mosque and Mohammad Al Amine Mosque.